Seventy-nine-year-old Ian Craig talks about being the youngest Australian to play Tests, the "next Bradman" tag, and how Jeff Thomson caused him to retire young 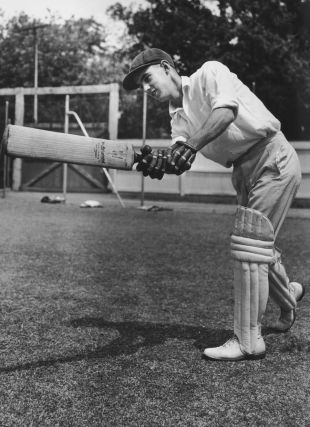 "My attitude to any sport I was playing never changed: 'I'm here. I love what I'm doing. And I'll keep doing the best I can'" © Getty Images

Despite what the Sydney papers said, I never did see myself as being "another Don Bradman". I just enjoyed playing. I didn't have the ambition Don had.

It's great to see Australia back on top. I saw the Sydney Test [2014] and the Australians attacked at all times, just like in Richie [Benaud]'s day. To see people like Brad Haddin and Steve Smith playing with such a positive attitude was refreshing. At the same time, by then the Englishmen just wanted to go home. It reflected perhaps how we felt in 1956. It was nice to see the boot on the other foot.

The kids today don't get an opportunity to play even Sheffield Shield cricket, let alone Test cricket, at the age I did. Me being the youngest to play for Australia [at 17] is one record which may never be broken.

I didn't expect to get the captaincy when I did. It was premature in many respects. But when you are offered the captaincy of Australia you don't decline it. I didn't think I had a choice.

In my mid-teens I loved baseball just as much as cricket. I'd listen to the games on the short wave wireless from America and write down the scores, innings by innings. At the time I was first playing first-grade cricket for Mosman, I was also playing first-grade baseball [and represented NSW as a centre fielder once at senior level]. My attitude to any sport I was playing never changed: "I'm here. I love what I'm doing. And I'll keep doing the best I can."

Playing for Australia wasn't a driving ambition. There was no money in cricket then. My father kept reminding me there were more important things in life than playing sport. Sport was more of a hobby. You basically had to have a job back then. In my case I'd been to university and become a pharmacist. As it happened, playing cricket helped me get an opportunity. I was going to England on a working holiday in 1957, prior to the South African tour, and asked the local managing director at Boots in Australia if I could get a job working in one of their shops. This he arranged. I subsequently joined Boots in Australia and ended up working for them for 35 years.

I hadn't rated Mitchell Johnson too highly leading into 2013-14. My tip to win the series was England! I've been eating humble pie ever since! I didn't even expect Johnson to play. And I thought England would be happy to see David Warner and Smith selected, as up until 2013-14 they hadn't been consistent at all.

Keith Miller was away playing in a charity match in Colombo and the New South Wales selectors picked me for the first time, in his place. It was the last Shield game of the 1951-52 summer. I'd only just finished school. Siddy Barnes was captain and gave all the young ones like myself and Ray Flockton a hit first. I made 91 and it made it difficult for them to drop me.

The first of my two tours of England, in 1953, was a poor one playing-wise. I simply hadn't had the experience and didn't play a Test. I was better in 1956 and was proud to bat four hours against Laker and Lock at Manchester.

Favourites? Well Richie Benaud and Alan Davidson for starters. Their contributions after playing have been immense, Richie as a commentator and Davo as an administrator. It reflects their love of the game. I admire them both greatly.

My first Test was in Melbourne in 1952-53 against the South Africans. They had a good side. I'd been 12th man in the previous Test in Adelaide, and while I remember having butterflies I still felt reasonably confident. Being so young and self-confident made it easier. I'd also done well for NSW against the South Africans previously [scoring an unbeaten double-century a month earlier].

Neil Harvey was in when I came in and faced their legspinner, Percy Mansell. I defended the first three and to the fourth, which was in the slot, I met it and hit it past extra cover for four. All these years later, I can still see that shot. I always thought my first five scoring shots were fours, but it was a long time ago. [Craig hit five fours in his first 26 runs.]

"Richie is still the best captain I ever saw. He always felt the spectator was important. We were expected to go out and get 400 runs in a day"

I was certainly glad Percy was bowling. At that stage I used to play legspinners fairly well. After one of those early fours, Neil came down and complimented me on the shots I was playing. "You must have a pretty good bat," he said, eyeing my Gunn & Moore. "They're flying." Compared to the bats they have today, it was pencil thin. But it was what we used at the time.

Coming into the 1958-59 Ashes summer, I contracted hepatitis. This was August. With the tour starting in late October, I thought I'd be fit enough. I was in bed for six weeks and was isolated, with no physical training. I was hoping I'd be fit, but mentally and physically I wasn't up to it. It was better I drop out. I was struggling even the following season. It took me 18 months to get over the physical side of that illness.

Nineteen fifty three was the happiest of tours. We remained unbeaten all tour right up until the final Test. But it was different in 1956. We were beaten by Surrey early on, copped bad wickets at Leeds and Manchester, and everyone got cheesed off. Not that the players weren't trying their hardest but defeat does tend to generate negative attitudes and exacerbate differences in personalities between people. No, it wasn't the most happy of tours, which was sad for those players who had reached the end of their careers.

I like Australia to win but it was disappointing to see and hear the sledging. It's something that wasn't in the game when we played. Sure, if a fast bowler bowled a short one at you, they might get agitated and swear. But they were more often swearing at themselves. There was never anything personal said. In baseball the chatter was all part and parcel of the game. Nothing happened like that in cricket. Now it happens more in cricket than baseball.

I wasn't happy with my own form on the trip to South Africa in 1957-58 and leading into the fourth Test I put it to my fellow selectors [Neil Harvey and Peter Burge] that I be dropped. But Neil wouldn't have a bar of it. A touring captain had never been dropped before. He wasn't going to have anything to do with it. I really did appreciate his support.

We were "Lakered and Locked" in the third and fourth Tests at Headingley and Old Trafford in 1956. But for poor weather in Manchester we could easily have been beaten in three days. The pitch contributed significantly to our demise. But our lack of experience under such conditions and a negative mental approach, born out of frustration at seeing our Ashes chances thwarted, were also factors. Colin McDonald and I batted through the morning session, scoring at no more than one run an over. Never had I ever been in such a defensive frame of mind. But at lunch the sun came out. Tony Lock's second ball jagged and ballooned past slip for four byes. It was a different ball game then. If anything, Lock spun it too much, but Laker was magnificent. 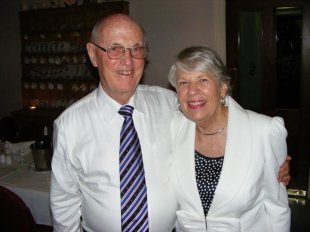 I played against Frank Tyson briefly but he was not at his prime then. Wes Hall was faster. But probably the fastest spell of all came in the [first unofficial] Test at the Basin Reserve in Wellington in 1960. The wind was howling down the ground and their express bowler Gary Bartlett was bowling with it. I couldn't even see the wicketkeeper. He was that far back. Bartlett was very, very fast that day on a wicket which was very green. It was a considerable challenge.

We were unbeaten in South Africa in 1957-58. It was a rewarding and happy tour and led to a great time in Australian cricket. Everyone had a fabulous time and enjoyed everyone else's company. The conditions in South Africa were closer to ours. We were expecting to do better than the press gave us credit for. The South Africans had a very good side and were expected to win but in the end didn't know how to. The confidence and enthusiasm we developed from winning was enormous and made all the difference. We won our first seven or eight games with everyone performing well. In the very first game Richie took a nine-for. We were playing good opposition and beating them comfortably. It gave us the opportunity to kick on into the Test matches. Richie and Davo [Alan Davidson] were both major forces. So dominant were they with bat and ball that we felt we had 13 players playing 11.

Richie is still the best captain I ever saw. He always felt the spectator was important. We were expected to go out and get 400 runs in a day because Richie had announced in the press that we were doing it. Crowds of 10,000-plus were coming in to see us at a weekend. Richie had confidence in the team and under him we always played with an enthusiasm to entertain. He was always thinking of the spectator and always looking to make a game of it.

Going out to play for Australia in my first Test in Melbourne was my greatest moment in cricket. Captaining the side in South Africa was also very satisfying.

The fastest I faced at the end was Thommo, a young Jeff Thomson. He would have only been 18 then. It was the last time I played a Sydney grade game [in 1968-69]. At the other end was another kid I'd never heard of, Len Durtanovich, who became Lenny Pascoe. It was a beautiful batting wicket yet I constantly kept nicking them both down to third man. They bowled with high pace and were hitting the bat far earlier than I was anticipating. I got to 50 but started to wonder if my eyesight was deteriorating! Jeff, of course, became even faster, the fastest bowler I've seen.