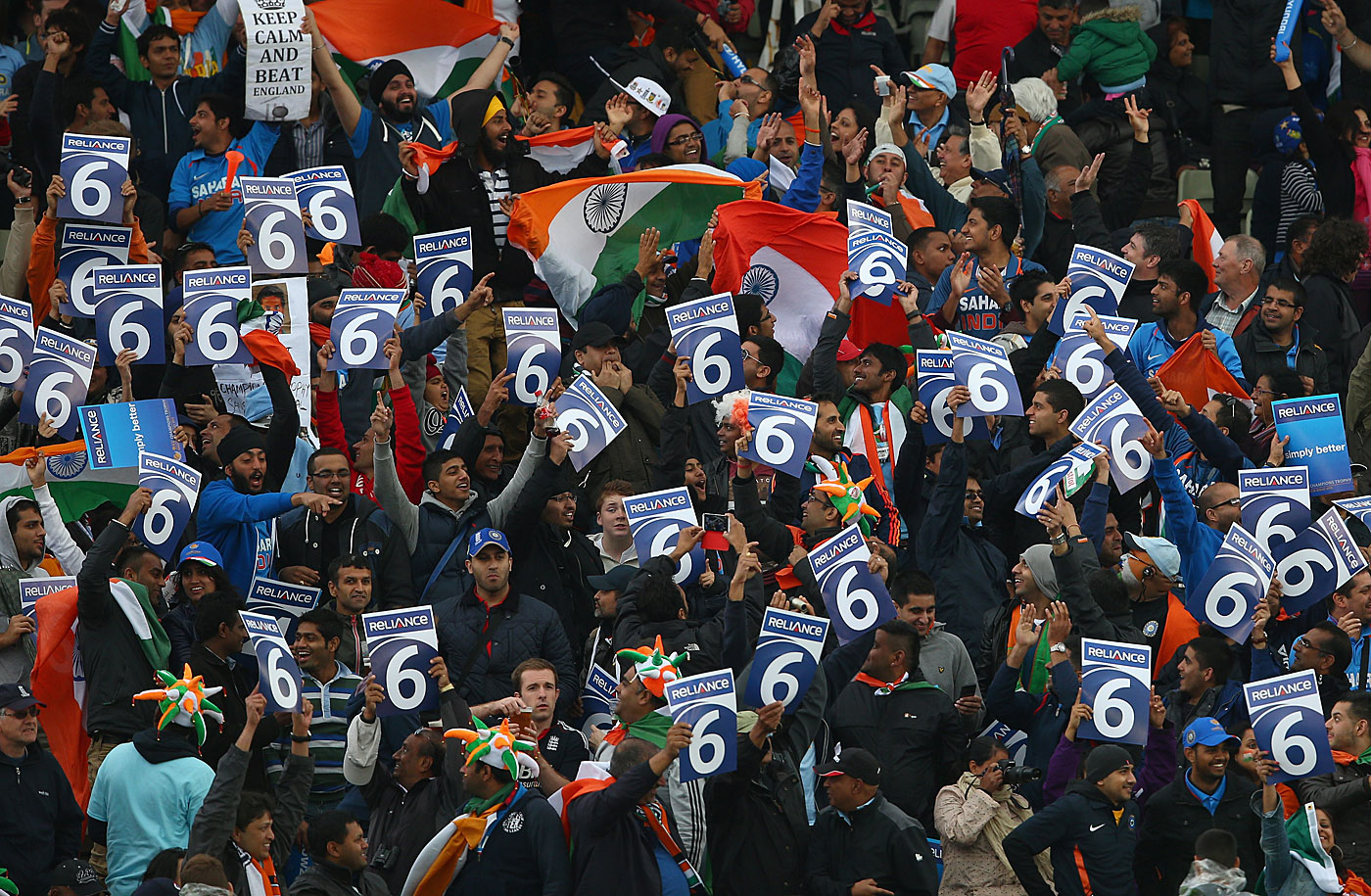 Sobers excelled, Botham struggled in a slot that nobody wants for too long

Asad Shafiq and Sir Garfield Sobers are few people's idea of cricketing peas in a pod. The latter is likely to be a podium contender when medals are handed out for Greatest Ever Cricketer on the day the universe ends (still at least a couple of decades away on most scientific predictions). The former, an excellent player and the epitome of batting neatness, is unlikely to achieve such heights. Even if he works really hard on his bowling to add to his one Test wicket.

Nevertheless, Shafiq and Sobers are, currently, united by stats. When Shafiq swept Adil Rashid for four to reach 100 in Abu Dhabi in October, he joined the immortal allrounder at the top of the all-time charts of Most Test Hundreds At No. 6. Each has scored eight centuries at the midpoint of cricket's batting order. Sobers averaged 53.34 at six, scored 18 Test centuries elsewhere in the batting order (and averaged higher at three, four, five and seven), whereas Shafiq has scored all of his hundreds and played 56 of his 65 Test innings at six. With just one more three-figure score at six, Shafiq will leave the great West Indian in the dust.

Of the 41 players who have batted at six on 30 or more occasions, Botham's overall average is the third worst, ahead of Dwayne Bravo and Marlon Samuels

This perhaps illustrates how six has struggled for acceptance as a serious batting position. The most centuries scored in the other positions in the top seven are as follows: 29 at one (Sunil Gavaskar); 28 at two (Matthew Hayden); 37 at three (Kumar Sangakkara); 44 at four (Sachin Tendulkar); 24 at five (Steve Waugh); and 12 at seven (Adam Gilchrist). The humble eight three-figure innings by Shafiq and Sobers illustrate a fact of life at six - that a player good enough to score multiple hundreds at six has proved that he is too good to be a six. It is a self-destroying batting position, highlighted by the fact that 13 players have scored more than eight hundreds batting at five.

It took 42 Tests for a six to even score a century. The landmark was finally achieved at the SCG in the 1894-95 Ashes, when Syd Gregory, who had reached double figures in only one of his previous 11 Test innings, hit 201 in four hours (helped by England bowling 24 overs per hour, as was evidently possible in those non-dawdling days). The innings was so impressive that a spontaneous collection at the ground raised over £100 for the batsman - enough at the time to significantly change a young man's life, and sufficient even today to pay to see almost an entire day of Ashes cricket at Lord's from a relatively decent seat. 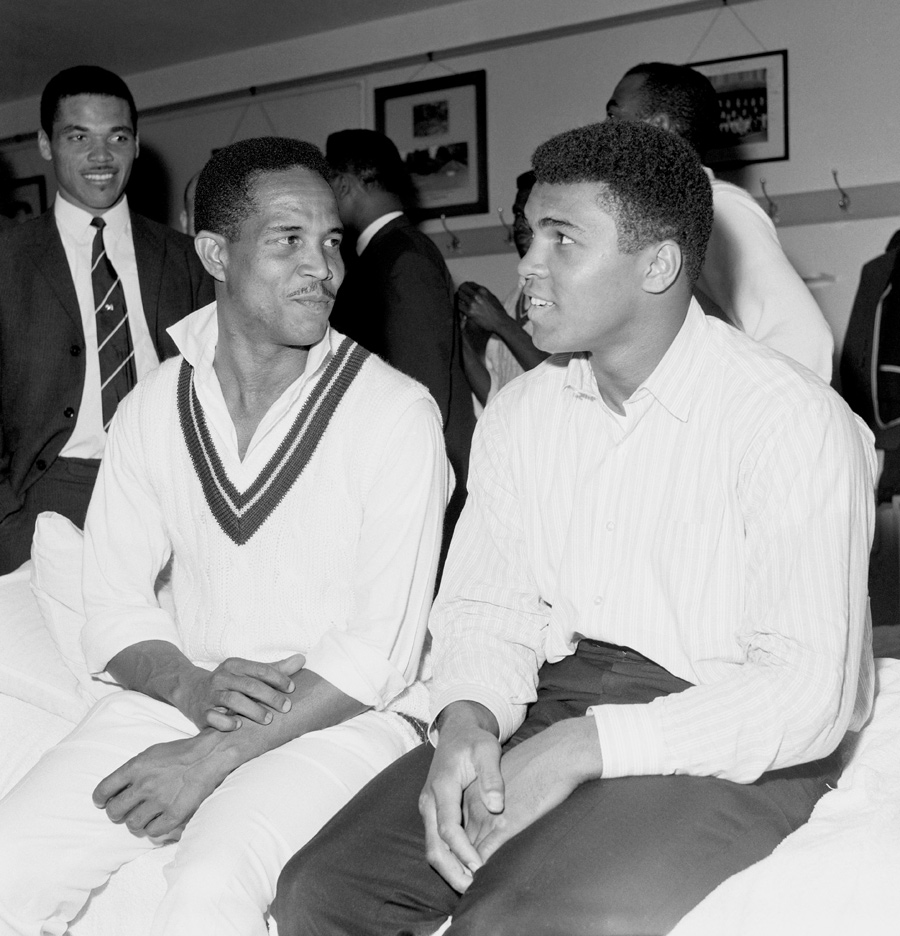 Only one more double-hundred would be hit by a six in the next 70 years of Tests, by Sir Donald Bradman, batting low due to injury in another SCG Ashes Test, in the 1946-47 series.

The untouchable pinnacle of six was achieved by Sobers in, appropriately, 1966. Captaining West Indies to a 3-1 series victory, the universe's greatest post-war cricketer hit 161 in an innings victory in the first Test ("a devastating exhibition" - Wisden), 46 and a Test-saving 163 not out in the second ("excellent"), 3 and a two-hour declaration-accelerating 94 in the third ("whirlwind"), 174 in another innings victory in the fourth ("great display"), and 81 in the first innings of the fifth ("never in difficulty"). He proved his unstoppable greatness at six by dropping to seven for the final innings of the series and bagging a golden duck. Seven hundred and twenty-two runs at an average of 120 at six. Zero runs at an average of 0 at seven. He also took 20 wickets and ten catches in the series. And generally exuded such an aura of unstoppable greatness that even Muhammad Ali sought him out for some charisma-maximising tips.

Six might seem to be the spiritual home of The Genuine Allrounder™. Oddly, however, some of the finest Genuine Allrounders™ in cricket history have not flourished in the position. Sir Ian Botham, the archetypal Genuine Allrounder™, averaged only 29.23 at six, and was far more effective at five (53.22) and seven (40.27). Of the 41 players who have batted at six on 30 or more occasions, Botham's overall average is the third worst, ahead of Dwayne Bravo and Marlon Samuels. Kapil Dev batted mostly at seven; in 15 innings at six he averaged 24, and, after blazing an unbeaten 126 in his first innings there, he never again exceeded 32.

Others have been outstanding - Imran Khan averaged 61.86 in 23 innings at six, though these were mostly played towards the end of his career, when his bowling took a relative back seat, and Tony Greig, the pre-Botham Botham, scored seven centuries and averaged 43.50 at six. The first of the many post-Botham Bothams, Derek Pringle, scored the one half-century of his 50-innings Test career at six, where his average of 22.62 towered over his numbers lower down (13.52). 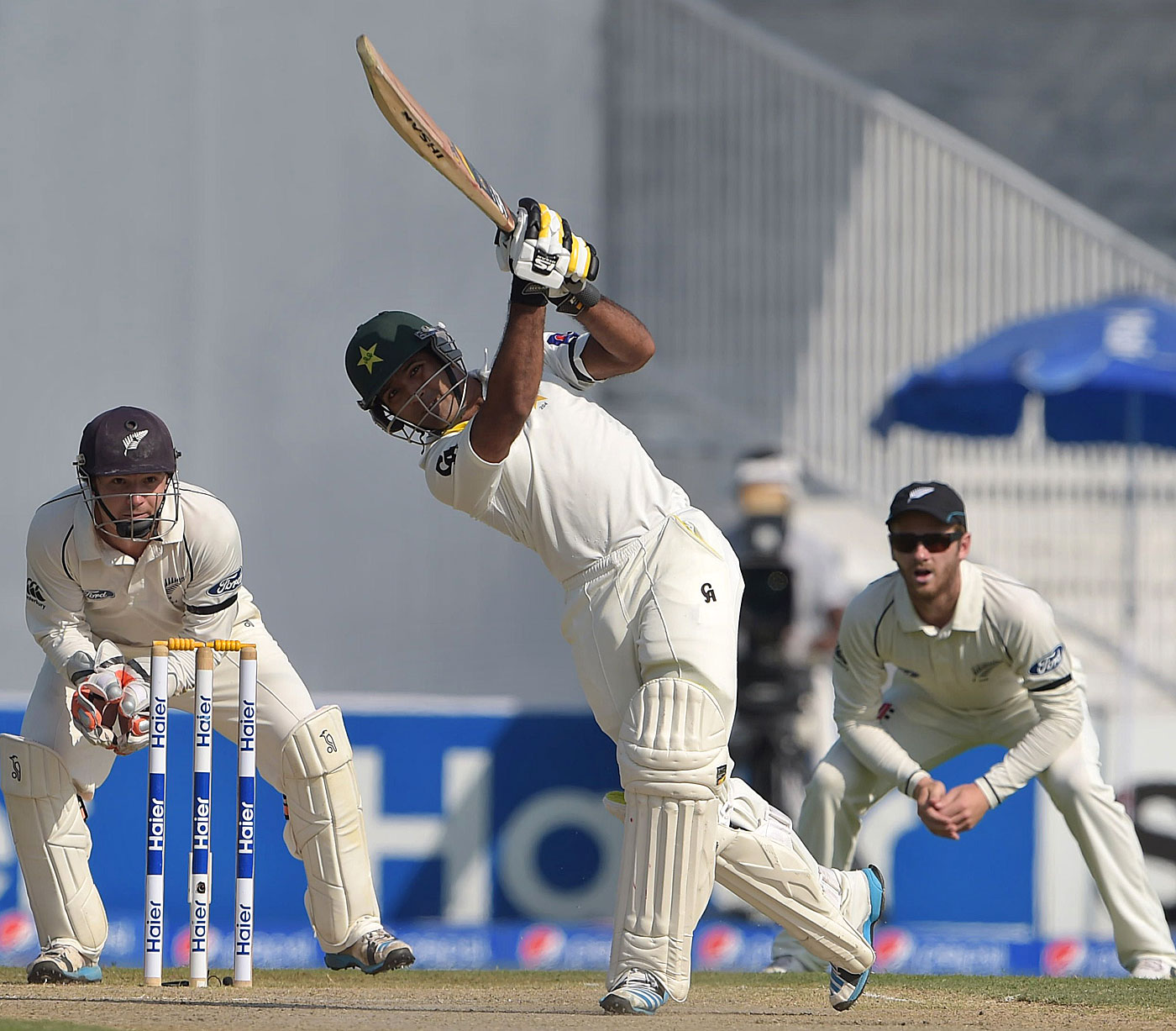 Some have been at their best in the halfway slot. Ian Bell averages over 60 at six, 48 at five, and mid-30s at three and four. MS Dhoni averaged almost twice as much at six as at his regular haunt of seven (55.36 to 30.54). Shivnarine Chanderpaul, who has probably cleaned up more messy situations than any other player in Test history, has the highest six average of anyone with at least ten innings, at 64.82.

Indeed, it could be argued that six has proved more fruitful for prosaic clean-up hard nuts like Chanderpaul, than flamboyant Bothamesque game changers. Allan Border and Steve Waugh excelled, while second only to Waugh in runs scored at six is Hashan Tillakaratne, a player of great value to Sri Lanka, but one who could make a strong case for being in Test Cricket's Top One Least Memorable 80-Cap Veterans. Rumour has it that Tillakaratne himself cannot remember any of his 2843 runs at 47.38 at six, a vital element in Sri Lanka's establishment as a Test force.

Some statistically eminent sixes have used the position as a launch pad for greater deeds higher in the order - Ricky Ponting, the Waughs, AB de Villiers and Tillakaratne Dilshan among them.

Six, then, is one of batting's more curious positions, attracting few long-term incumbents and none of the numerical Himalayas enjoyed by the top five slots. Even VVS Laxman, scorer of more 50-plus scores than any other Test six, played his Eden Gardens masterpiece at three, supported by Rahul Dravid, India's greatest three, batting at six.

However, the numbers suggest that Shafiq is the latest symptom of the Rise of Six. Sixes managed 52 centuries in the 483 Tests played by the end of the 1950s; the first 240 Tests this decade produced 51 centuries by sixes, a doubling in the hundreds-to-matches ratio in just 60 years. In the first 100 years of Tests, openers averaged 21% more than sixes. Since 1977, that advantage has dropped to just 5%.

If those two trends continue, then by the midpoint of this millennium, sixes will be averaging four times as much as openers, and scoring well over one century per innings. Cricket grounds around the world will be festooned with giant holograms of Asad Shafiq dappering a technically unimpeachable cover drive for four. Dhoni and his mastery of the No. 6 slot

Over the last seven years, India's record at the No. 6 batting position is among the best, thanks largely to Dhoni England, Australia, and the No.6 slot

The No.6 position has been the most prolific one for England in the last two years, but Australia have struggled, thanks to Marcus North 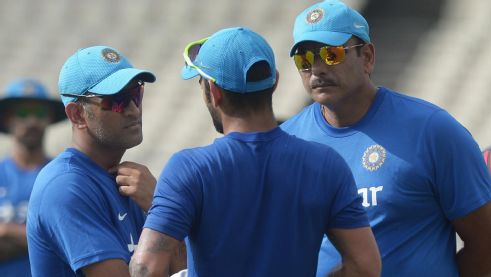