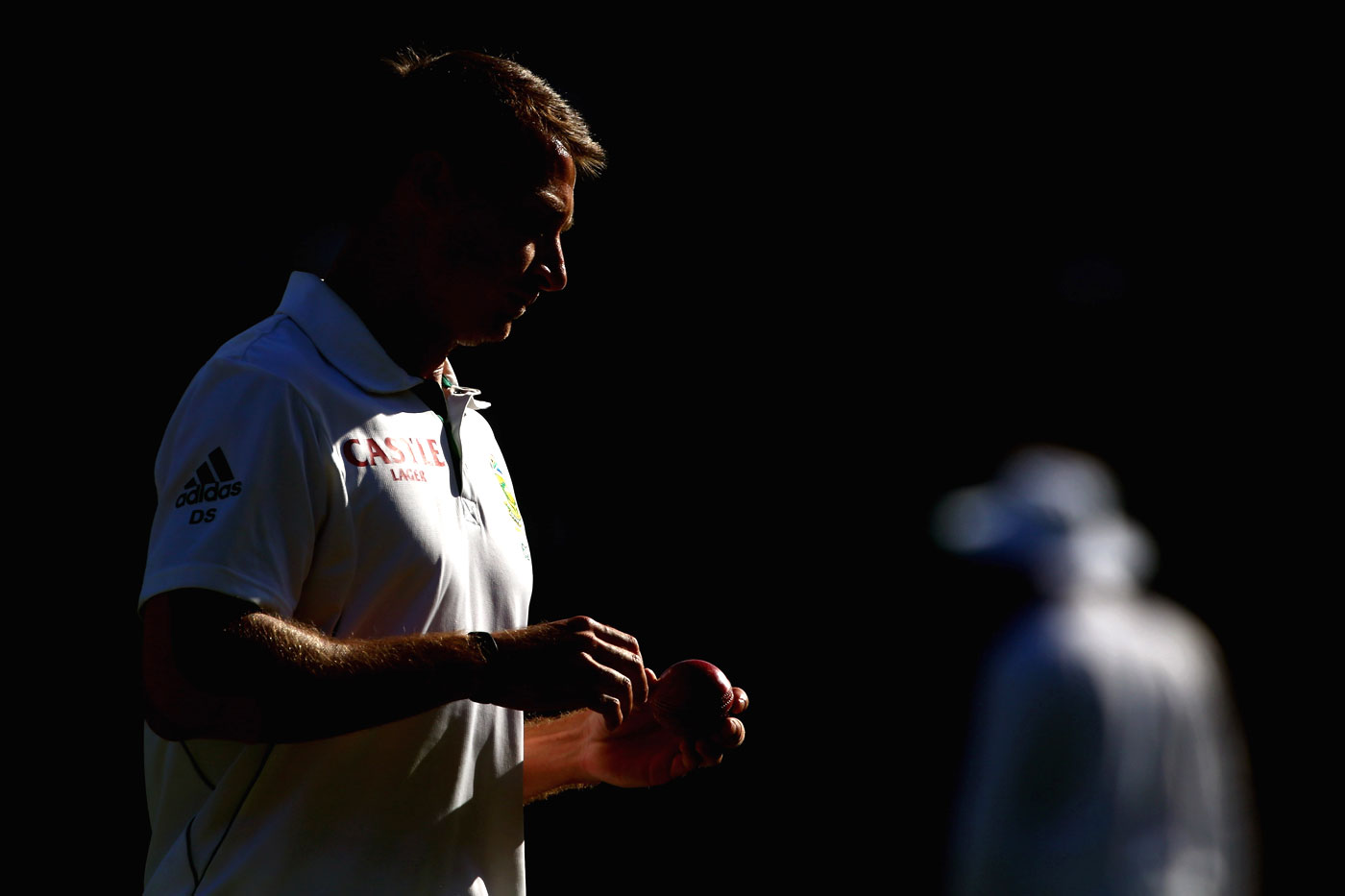 Dale Steyn: "I want to challenge myself and the people who say fast bowlers generally retire at 33, 34. That is bullshit. I can retire at 38 if I want" © Getty Images

Dale Steyn has pleaded to cricket's administrators to treat fast bowlers at par with batsmen if the art of fast bowling is to survive in the future.

"You need people to be able to bowl at 160kph," Steyn told the Cricket Monthly in an in-depth interview in the latest issue of the magazine, to be published on March 2. "You need people who take five wickets. You need people who bowl 150kph on day five to keep that inspiration up for future kids. I can do that. But we need help from whoever runs world cricket."

Steyn said that if the pitches, money and resources were not in favour of fast bowlers, he feared "fast bowling would disappear" as the future generation of players would turn their attention to the more lucrative and easier art of batting.

"If the IPL is all about guys getting US$2 million for hitting the ball out of the ground, then who wants to bowl fast? You need a fast bowler that is earning that in the IPL," said Steyn, who will be turning out for Gujarat Lions in the 2016 IPL tournament, having been bought by the new franchise for Rs 2.3 crores (approximately US$336,000).

Steyn sat down with the Cricket Monthly for a two-session, three-hour long interview in Delhi in December during South Africa's tour to India after a groin strain he picked up during the first Test in Mohali forced him out of the Test series.

Despite missing out on playing a high-profile series, which South Africa went on to lose 0-3, Steyn was not downbeat. He spoke candidly about his early days as a fast bowler, the pain of losing the 2015 World Cup semi-final and moving on from it, and how he calms himself down during bowling spells by talking about fishing with Morne Morkel.

"There is nothing better than waking up on day four, your body absolutely buggered, you know your captain is going to press the ball into your chest and say, 'I'm backing you to make a difference today'"

Steyn said the difference between good and great was a difficult one to mark. "One day you can be great and next day you can be absolute shit. Fast bowling is a battle. I have run in and bowled a heap of poo sometimes and the guy has hit it straight to cover. At other times I have bowled the spell of my life and I just can't find the edge."

While he explained the mechanics of bowling fast, Steyn stressed that extreme pace cannot be taught.

"I was chatting to a young Indian guy yesterday [in a training session at Feroz Shah Kotla] about what he could do to get pace. I was trying to give him any tip that was given to me, and then you get to a point where, unfortunately, only a God-given few can operate at. But then you need that something else. Something that someone like Usain Bolt has over anybody. Something like AB de Villiers has with his eyes and hands above anybody else. You can train them to a point, but unfortunately some people are just better than others at that specific thing."

Passion and anger drive him to consistently perform at the international level, Steyn said. "I always said Michael Clarke was a serious player. He was a great batsman. But I wanted a massive competition with this guy, because if I could clean him up for nothing, the rest of the team would fail. I always went for the bigger player. You need to pick your targets. In Australia it was Michael, Ricky Ponting. A guy like Virat, maybe, in this Indian team."

For Steyn such intense and personal battles can only be fought in Test cricket, his favourite format. "There is nothing better than waking up on day four, your body absolutely buggered, you are tired and you know your captain is going to press the ball into your chest and say, 'I'm backing you to make a difference today.'"

Steyn, 32, believed getting to 500 Test wickets was a realistic goal. He was also determined to prove people wrong about the age at which a fast bowler should call it quits.

"My heart is pounding. My mind is fine. My body is unbelievably strong. I am 32, but I am still the fittest guy in the team. I want to challenge myself and the people who say fast bowlers generally retire at 33, 34. That is bullshit. I can retire at 38 if I want. I watched Brett Lee at 38 or something, bowling 145kph in Big Bash. I remember thinking: this guy can still play international cricket. But whether he wants to put himself through it is a different story. I kind of do." Dale Steyn fit and 'ready to take on the Aussies' 'I have many overs left' - Steyn