Remains of the day: rubbish strewn around Lord's during the Ashes Test of 1956

The waste of cricket

Is cricket aware of its impact on the environment? No, and it seems to not even have started caring

That's it. All we need now is time. The game's the thing.

But not for cricket the professional 21st-century behemoth, no longer the sleepy creature that stretched out across the Commonwealth in the period until the 1970s. Today's game is slobberingly greedy. It has riches beyond its wildest dreams, yet exists in a closed world of vast inequality. It is on a constant merry-go-round of self-justification and selling, selling, selling. It needs sponsors to survive, and to justify the sponsors, gives its name to clothing, cars, bats, drinks, insurance, supermarkets, banks, beer… until little by little, hashtag by hashtag, fragments of soul leach away.

Way back in 1986, at the very heart of the Thatcherite revolution, when greed was good and individualism ruled, a parent - let's say my dad - would take his children along to a Test match. He would bring a picnic - cheese sandwiches (no pickle), apples, doughnuts, cartons of "Mr Juicy", perhaps a thermos of coffee. He might buy us a scorecard or an ice cream; if we had any spare pocket money we could go to the Lord's shop and fork out for an autograph book. But we had to find the shop, and queue. We wore our normal gear - replica cricket clothing wasn't a twinkle in anyone's eye.

Fast-forward 30 years and the minute you pass through the turnstile to an international, especially a T20, there is a frantic, almost obsessive, flurry of giving - and taking - of stuff. Those inflatable plastic frankfurters that bang together to make a din, worthy rubber wristbands for the local cricket foundation, four and six signs, giveaway stash bags, sponsored hats. And that's before you come up against the food concessions with their takeaway tea, chips, burgers, artisan steak sandwiches and high-res filter coffees: something (they hope) for everyone.

Often T-shirts plastered with the sponsor's name are fired into the crowd. We clamour for these elephantine garments, destined within hours to become dusters at the back of the wardrobe. It's free! There's a game going on here, a game within the game: instant gratification versus sensible thinking, and there is only one winner. Plus the kids, my kids, your kids, love it.

At the end of a game, the hollowing stadium is a scrapyard of unwanted debris. Yes, it gets cleared away, yes, some of it gets recycled - at Lord's about 30% (the Principality Stadium in Cardiff, something of a shining light and the UK's first certifiably sustainable event stadium, manages 94%, with 100% diversion from landfill) - but what a squander. Did it add to the crowd's pleasure? Possibly. Fleetingly. Is it sustainable? Alas, no. Can we not do without constantly tweaking or entirely changing team kits? © Getty Images

This misplaced generosity is not confined to the crowd. Those in the media are inundated - free diaries, pens, bags, and at Test matches, even a ready supply of free pick-and-mix sweets. Players too. And all the time we are encouraged to buy, buy, buy: new bats, pads, shirts, shoes, replica tops. There, inexorably, grows the culture of expectation.

Andrew Jennings, the investigative reporter who exposed scandals at the International Olympic Council (IOC) and FIFA, has an interesting take on how susceptible sports fans are when they are in the zone. "When we're enjoying sport," he told Intelligent Life in 2010, "we're all open, we're vulnerable, we're small children again. And that's how big capitalism likes us to be." Antonio Gramsci [the Italian Marxist philosopher and politician] said: "How can you have a revolution when the enemy has an outpost in your head?" Well, sport gives the corporations that outpost in our heads.

Sponsors know this. They pay heavily for their name to be associated with English cricket. They want their pound of flesh, and who can blame them? Giving away stuff is part of the culture. Selling stuff is their raison d'etre. But how does that coexist with a desire for environmental sustainability? And is the game so lacking in confidence that it has to resort to bribing people to come?

Cricket needs cash. Apart from a national team that gives so many so much pleasure, money supports the county game, grass-roots cricket, women's cricket, disability cricket, cricket overseas. At some grounds children get vastly reduced tickets. It is a force, here, for good. Players have an active union and no longer play for a pretty pittance for six months before spending the winter tarmacking the roads. Counties have academies to fund, outreach programmes to roll out, pensions to provide for.

If climate change follows the patterns scientists predict, this will fundamentally change the conditions in which this lovely game has always been played in England

It was cricket's can't-be-jiggered attitude towards the market that enabled the Kerry Packer revolution. As Packer famously said, "Cricket was the easiest sport in the world to take over... nobody bothered to pay the players what they were worth." It was a world of incompetent paternalism.

It was nearly two decades after the end of the Second World War before English cricket teetered towards commercialism - only reluctantly dispensing with the (sh)amateur in the winter of 1962. The Gillette Cup started the following summer, the John Player League came along in 1969, and in 1972 the TCCB introduced the Benson & Hedges Cup - at about the same time as the government started putting health warnings on cigarette packets. No matter, the free ciggies piled up in the dressing rooms and were pocketed by appreciative players. 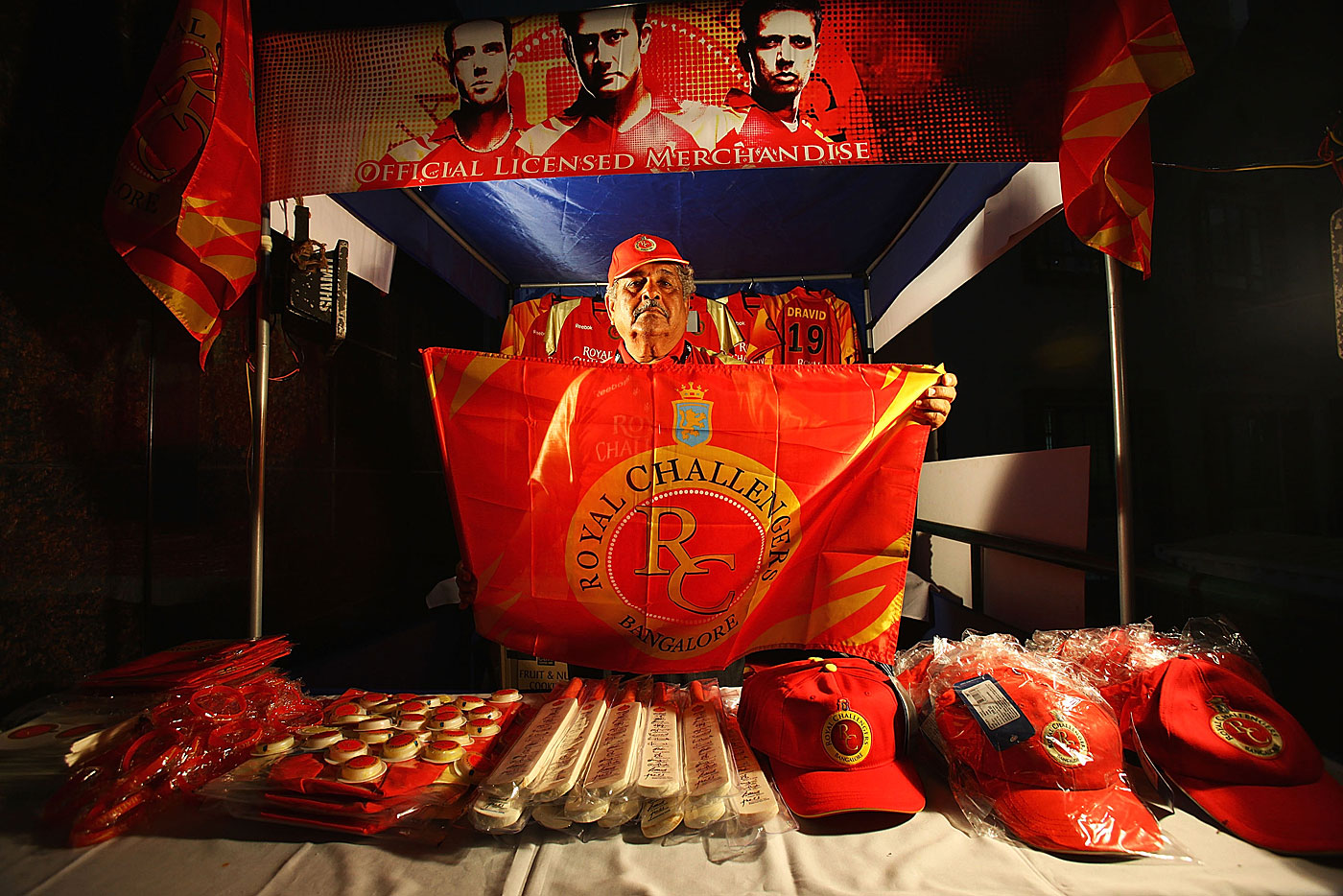 Cricket fans should be grateful, but the sheer number of sponsors is eyebrow-hoisting. What exactly does cricket have to give of itself in order to get that number of willing supporters? Perhaps every succeeding generation is destined to regard what some would call progress as brash and greedy. Way back in 1999, nine years before Allen Stanford arrived by private helicopter at Lord's with $20 million in cash, Derek Birley wrote in A Social History of English Cricket:

[It] became customary to blame World Series Cricket for all the ills that were afflicting the first-class game. A longer perspective suggests that all it did was tear down the moth-eaten curtains of the old regime, letting in the glaring light of the modern world. And while this has undoubtedly led cricket into some crazy antics, bizarre marketing ploys and a decline in standards, both of taste and behaviour, what institution, including the arts, politics, and religion, has not gone the same way? If we regard sport as merely an escape from reality, the incursion of modernity may seem an aberration: if we see it as something more significant, then we can perhaps console ourselves that cricket was being kept alive and was not destined to become a museum piece, too refined to survive in the outside world.

So cricket reflects life, for better or for worse. In thrall to the dollar or the pound or the rupee, it is not the only, or the worst offender - hang your head the Olympics and railway stations that no longer calculate passenger need in terms of benches but how many sheets of fancy wrapping paper people might be persuaded to buy before boarding. But when even Ikea's head of sustainability tells us we have reached peak stuff, and NASA records yet more record temperatures, cricket urgently needs to start developing in a different, less consumption-driven way.

We demand, we buy, we throw away. When did we start to need so much from a game?

The ECB sits on the steering group of BASIS (British Association for Sustainable Sport). And at grass-roots level, progress is being made. Every one of the 4500 local clubs has been encouraged to act sustainably, to recycle their rainwater, install solar panels, and look after their equipment, which both saves money and brings improved environmental performance. But further up the food chain, things have moved slowly. There are no sustainability targets for counties, no sanctions if they fail to make progress. English cricket is not unusual in this - targets, even guidelines, within sporting bodies across the world are incredibly rare.

"Arguably cricket has a relatively low impact (compared to an airline or a petrochemical plant for example), therefore the pressure to act, both from within and from external forces, is also relatively low, so it isn't high on the list of management priorities," Russell Seymour, MCC's sustainability manager, told me in an email.

"Although scientists and environmentalists have been aware of many environmental issues for some years it is only relatively recently that these have entered mainstream business and a common response formulated as 'sustainability'… there remains a relatively low understanding of the impacts of sports and how these can be managed to improve environmental and economic performance."

Seymour, the only cricket sustainability manager in the UK - it takes a club formed in 1787 to show the way - has in the past spoken fervently about the responsibility sport has in raising awareness. He talks about teams being energy efficient, sorting out waste, sourcing green energy and using that to influence behaviour as a far more powerful example to fans than leaflets from government.

Most powerfully perhaps, he urges cricket to take urgent environmental action out of self-interest. Warmer and wetter winters will mean clubs will have to cut the grass every month and pests will not be killed off by the cold. And in the summer, hotter, drier weather with higher night-time temperatures and reduced cloud cover will lead to changing growth conditions, shifting germination patterns and less moisture in the soil. If climate change follows the patterns scientists predict, this will fundamentally change the conditions in which this lovely game has always been played in England. Farewell, then, damp green seamer; rest now, master of the dibbly dobbly. 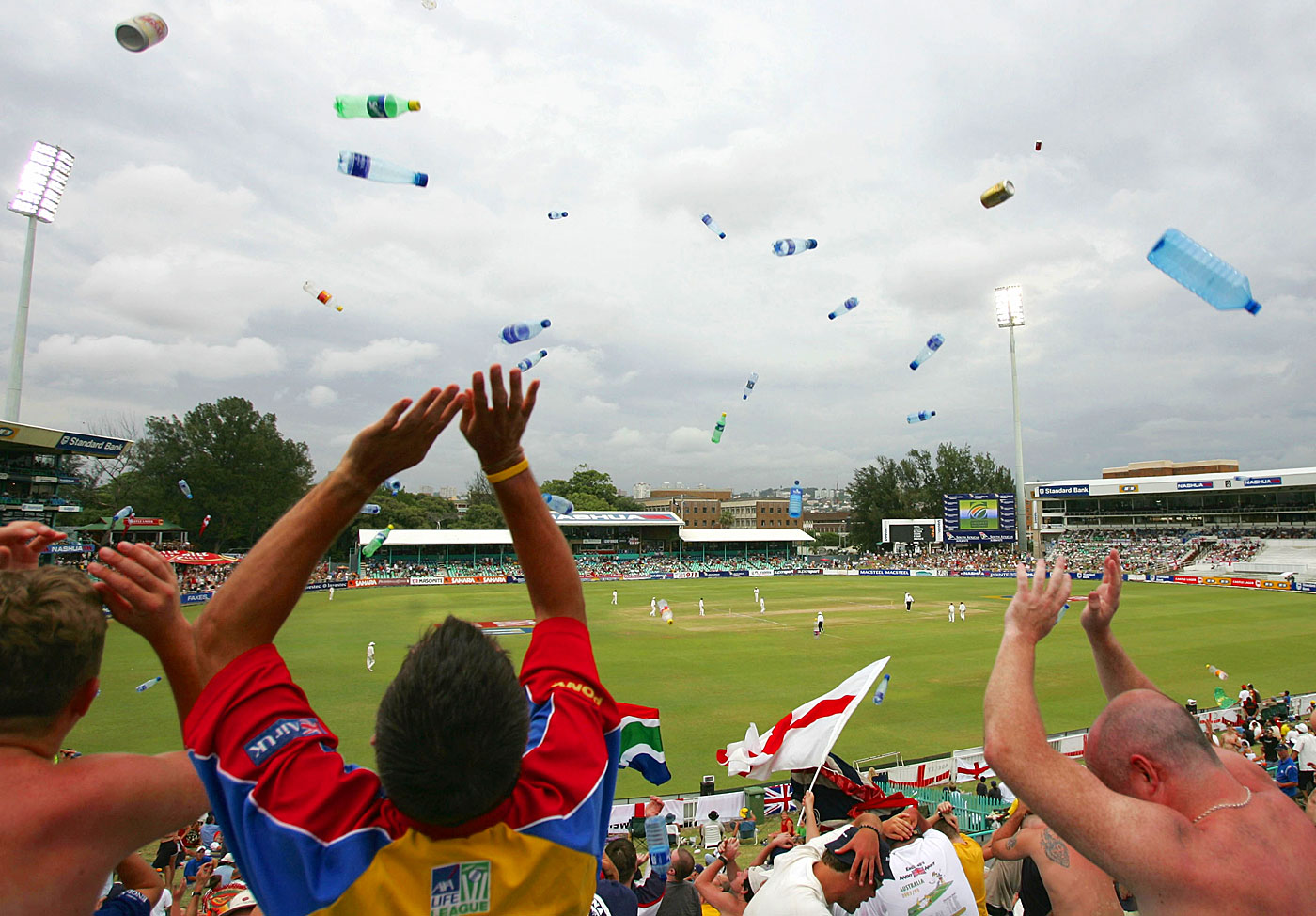 The One Planet Living Principles, the basis of the 2012 London Olympics' environmental approach, highlight ten key areas for action, including zero carbon footprints, and local and sustainable transport. In the light of a torrent of terrifying scientific data, even in the last month, these principles should be influencing world cricket's every decision.

Day-night Tests may be the future, but how will the energy needed to light them be produced? Do teams need to take such large retinues on tour? Could squads try to green their transport options - bring back train travel, the team coach? Clearly, recycling and lower consumption is only one small part of such an environmental plan, but it is one of the most visible.

Surrey, to their credit, have introduced a reusable pint cup at The Oval - but when even the London Olympics only managed to recycle 62% of the waste created during the Games, there is also a responsibility not to create rubbish in the first place, a tricky balancing act for authorities between sustainability and money-making.

Can cricket create an environment that encourages less consumption? Can it ask its sponsors not to give away so much? Will they comply? Can it regularly audit and broadcast its recycling efforts? Do the players need so many items of kit? Do the coaching staff? Is constantly upgrading kit/gear/shirts sensible? Does cricket infantilise us with stuff? Do we let it?

We as spectators can't escape responsibility - ultimately the game is designed to attract us. As a parent struggling to control the flow of tat to my children sitting in replica shirts, eating chips and having a wild old time, it is hard. Ultimately we need to be able to look at the saturated market and exclaim, as Socrates did in the 5th century BC: "How many things I don't need!"

How to prevent bottle-throwing in cricket stadiums

What cricket can do for the environment

Players need to travel to play, but do they need to play so frequently?