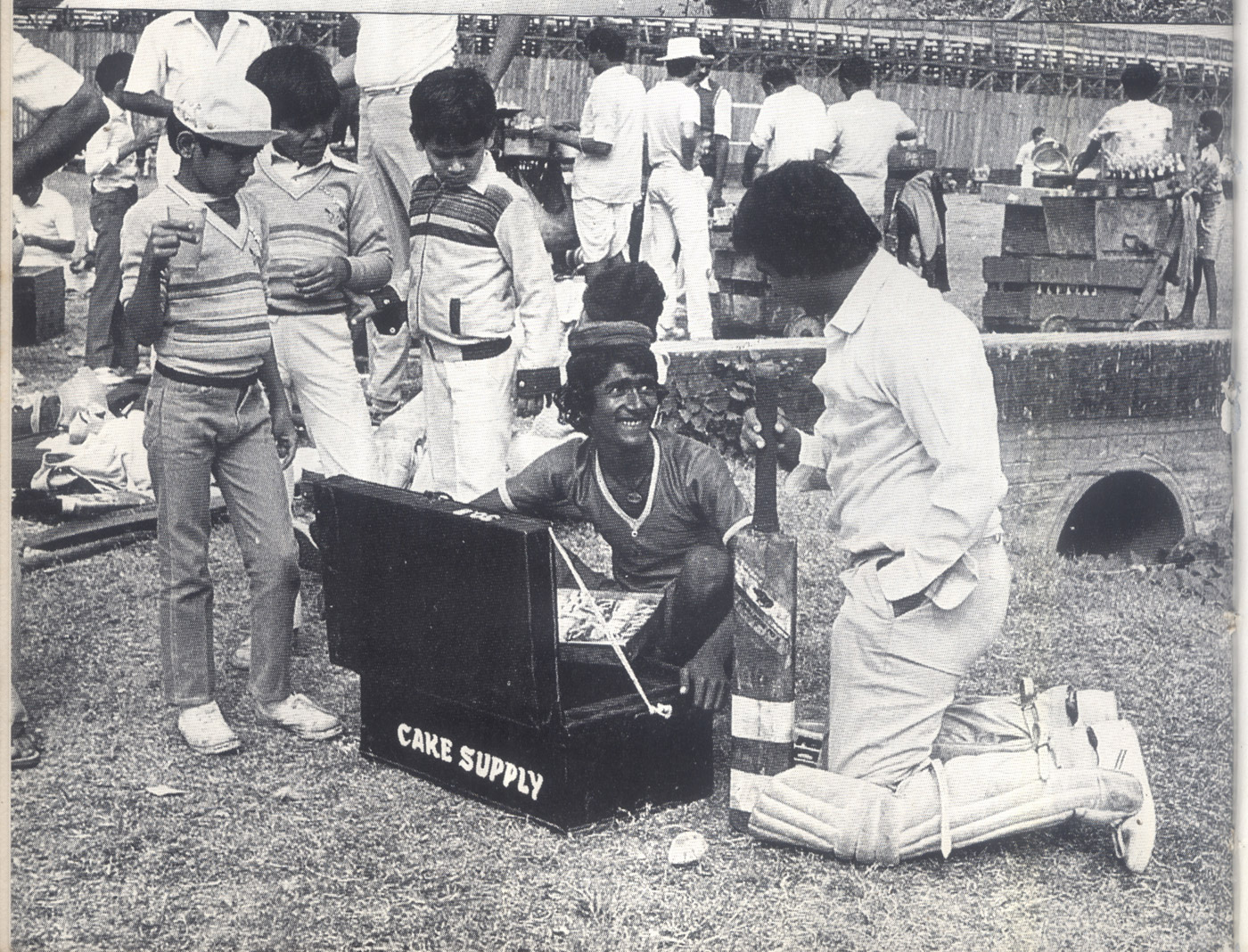 I was schooled at St Xavier's but my life's university was Third Ground on the Kolkata Maidan.

Third Ground (between Governor's House and Fort William) was like the outcry chaos of the stock exchange. A number of teams played concurrently; the midwicket position in one match would be the leg slip of another; the gully of one match would be the mid-off of another. There should have been an insurance scheme to cover the health hazard that fielders negotiated without abdomen guards, shin guards or helmets, instinctively covering their heads when they heard a middled stroke within 20 feet and praying nothing happened. If something did happen, the poor fellow would be carted to hospital, stitched up and returned to the ground to resume fielding (somewhere safer as his captain's concession). We learnt survival skills on Third Ground.

Third Ground was the cathedral of our existence, where Shield matches would be held. These were the tournaments for which my father's club conducted meetings wearing specially monogrammed ties, deliberated on tournament practices, wrote extensive minutes in archaic English, planted green flags on boundary lines, set up scorers' tables, attired umpires in dentist-style overalls, served players chicken soup (strength!) between innings and congregated with families in the evening for the post-mortem followed by a thaal dinner. We learnt organisational skills on Third Ground.

Third Ground was a place with a multi-generational reference point. When my father was into his sixties, he would occasionally be stopped by someone 20 years younger with the words, "Kaisey hai, uncle?Yaad hai aapko bees saal pehle apne khele the…" [How are you, uncle? Remember we had played together 20 years ago…] Or when someone mentioned that Haider bhai had died, there would be a shaking of heads among old-timers of other teams with the words "Kya legcutter daalte the." [What amazing legcutters he would bowl.] We learnt to respect on Third Ground.

Bohra Muslims played Burrabazar Marwaris; Bhowanipore Gujaratis played Sindhis. And we understood communities better when we played against them

Third Ground was mini India. The oldest pitch "tenants" were Bohra Muslims who accounted for three strips and had been playing there since the early '50s. The Sindhis played on one standard pitch for decades, the Marwaris accounted for another three, and some of the Gujarati teams floated from one to another based on their playing schedule. This was where entire communities, who otherwise lived clannish existences, briefly (but periodically) interfaced with each other. For most of those from my clannish Bohra background, the Sindhis were a people belonging to a remote world; on Third Ground they were touchy-feely, they were outstanding gentlemen, and their portly Subhash (nobody knew his surname) was the friendliest face of a friendly team of a friendly community. And so if the Sindhis lost, questions would be communicated from person to person until they reached them four pitches away: "Prem itna lallu ball mein out kaise ho gaya?" [How did Prem get out to such a useless delivery?] Or if they pulled off an unexpected victory over, say, Paridhee, teams from other pitches would turn around with a "Well done!" before turning to take the next ball. We learnt to engage with others on Third Ground.

Third Ground was a crucible where all these teams (60 in all) participated in the overarching Maidan League, which was our version of the World Cup. This league was the brainchild of Ram Nivas, better known as the Maidan's Kerry Packer. Ram Nivas was ahead of his time - his starched white kurta-pyjama would contrast the general playing attire; his briefcase would carry team schedules, umpire reporting sheets and cash; he was team owner (of Ankur) and tournament organiser, which would have carried charges of conflict of interest today; he was known to "buy" players for his team before anyone had heard of auctions.

Ram Nivas' legacy to the Maidan was that he created a tournament that extended into May and attracted participation from all communities. Bohra Muslims played Burrabazar Marwaris; Bhowanipore Gujaratis played Sindhis; you know what I mean. And we understood communities better when we played against them. There was a Maidan awe about the way Mohib bhai moved the new ball. Everyone feared the Sunil Gupta who peppered Red Road with 60-yard sixes. We learnt to appreciate people for what they were on Third Ground, irrespective of which pocket of Calcutta they came from and what we might have earlier heard about them. 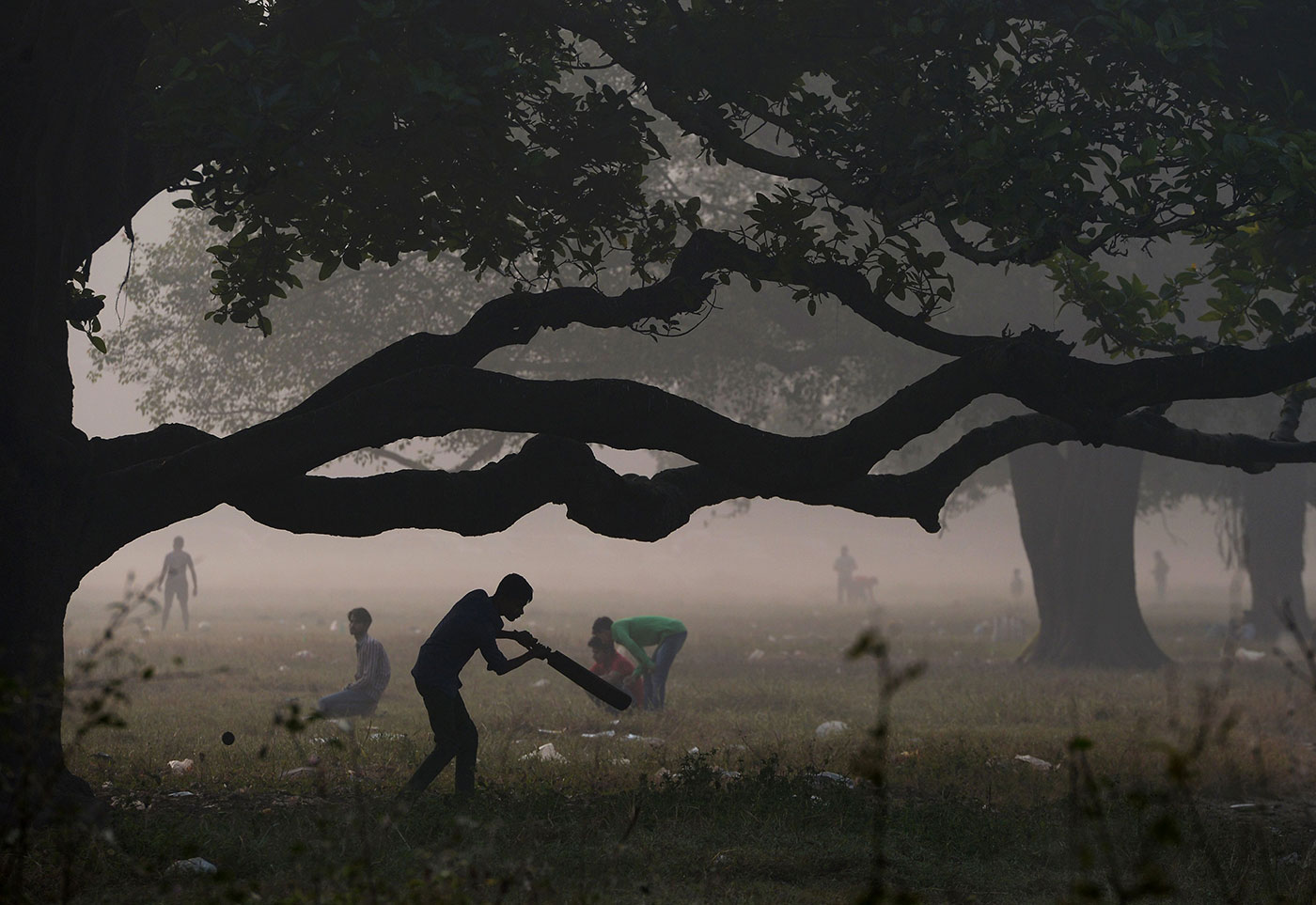 Low visibility is only a deterrent for wimps Dibyangshu Sarkar / © AFP

And lastly, Third Ground was our Facebook. We identified people by their cricketing quirks. Pawan Haralalka bowled the fastest off four steps. Pradeep Acharya never bowled without chucking. Bala Parekh overcame a physical handicap (one leg shorter than another) to bowl into his fifties. Chandresh Soni was the guy who wore a harlequin cap while opening. Feroze Degani probably ran faster than he bowled. Sanjay Chowdhry was the only one on the Maidan who batted with an original Gray-Nicolls. Manoj Chharia rode the sexiest Honda bike to the Maidan. Usman and Uchit were the maalis who watered our pitches, applied choonaon our popping creases and got us nimbu paani between innings from absolutely unhygienic metal containers. Bharat "Express" Thakkar could be recognised from 500 metres away due to his Michael Holding-like evenly paced run-up. Taher Muchhala bowled legspinners till into his late sixties, driven by the dream of beating CK Nayudu's feat of playing first-class cricket at 69. The Bohri Shield matches generated a crowd of 2000 (1000 women!) that made it worthwhile for every single batsman to want to hit a six while they were around. We learnt at Third Ground to belong.

In the mid-'90s, the army carved away a part of the precious Third Ground turf to build a memorial for those who had fought in the 1971 war.

Nobody plays on Third Ground any more.

Third Ground lives. But only in our memories. 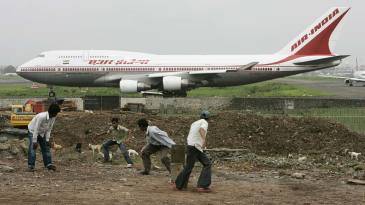 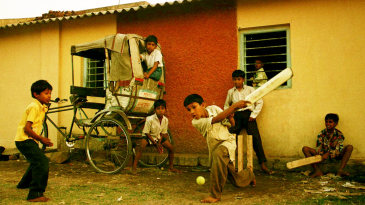 Taking it to the streets

Across India's maidans, rooftops and back alleys, gully cricket pushes back against football and urbanisation 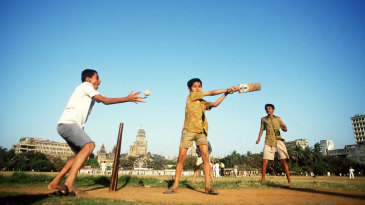 The many crickets of an Indian boyhood

Growing up in India, you play a number of varieties of the game, each contributing to the development of certain skills