Five films in which cricket stole the scene… or didn't

King Ralph (1991)
A comedy based on the premise that the entire British royal family is killed in a freak accident (are you laughing yet?), King Ralph was largely forgettable - apart from one particular scene that will stick in the memory of cricket fans.

John Goodman, then starring in the sitcom Roseanne, plays Ralph Jones, a Las Vegas lounge singer who is heir to the throne via an obscure out-of-wedlock dalliance between his grandfather, a British nobleman, and a hotel maid. Peter O'Toole plays the private secretary to the new King Ralph and has the task of acquainting him with British customs, one of which is cricket. A game is set up on the palace lawn, with Goodman in whites, helmeted and padded up and looking as cuddly as Colin Milburn or Mark Cosgrove. O'Toole advises the king to swing the bat vertically, not horizontally, and tries to convince him that the forward defence is the first shot he should master. Of course, like most of the film, the outcome is predictable. The king goes through all the baseball rituals - whacking the bat on both heels, a huge spit, and faces up with the bat hovering behind him like Jonny Bairstow.

First ball he faces, King Ralph clubs the ball over cow corner and through a window into the palace, where a couple of startled policemen draw their guns. "It's outta here," the king shouts, before he proceeds to run the "bases", starting with the fielder at cover, then to the bowler's end. Thus ends the joke on cricket, with its target audience - Americans - satisfied that cricket is a pathetic imitation of baseball.

Most critics viewed King Ralph as a one-joke comedy that relied heavily on Goodman's charm. He certainly won no awards for his role but perhaps the director, Arthur Hiller, saw something in the cricket scene: the following year he cast Goodman as Babe Ruth in the biopic The Babe.

The Crying Game (1992)
Like Goodman, Forest Whitaker is an American actor who donned the whites and took part in a cricket scene for his art. But whereas Goodman only had to bat like an American baseballer, Whitaker played a Brit in a serious film, and had to bowl a cricket ball convincingly. Mastering the English accent must have been easy by comparison. Bowl, Forest, bowl: Whitaker had to master not only an English accent but also the art of bowling in The Crying Game © Los Angeles Times

In summary: Whitaker plays Jody, a British soldier who is captured by the Irish Republican Army. Stephen Rea plays Fergus, an IRA volunteer tasked with guarding Jody. The two develop something of a bond, but when the IRA's demands are not met, Fergus is told to execute Jody. Fergus takes Jody to the woods to do so; Jody makes a run for it and is hit and killed by a British army truck.

But Jody had previously asked Fergus to seek out his girlfriend should he be killed. Fergus heads to London and does so. The two hit it off, and while getting "acquainted", Fergus suffers from a guilty mind and dreams of Jody - a keen cricketer - bowling a cricket ball at him. Whitaker's cricket scene is brief and hazy but - a somewhat clunky action notwithstanding - he makes a pretty good stab at bowling.

Of course, this is not the scene for which the film is best remembered. That comes soon afterwards, when Fergus faces up to a couple of mystery balls that challenge him rather more.

Blended (2014)
Whitaker can act - he has an Oscar to prove it - but can he bowl? The jury is out. Dale Steyn can bowl - he has 400 Test wickets that say so - but can he act? See Blended and decide for yourself. Widely panned, Blended was described by one reviewer as "far from the worst movie to come out of a studio-subsidised Adam Sandler vacation". But then, that's a bit like saying one particular Chris Martin duck was far from his worst Test innings. It still doesn't mean it was good.

All you need to know about the plot is that it involves a Brady Bunch-style blending of families, and a holiday to South Africa. At the resort, Sandler tries to teach his not-really-son how to play baseball, but all the resort has is a cricket bat and Dale Steyn. Sandler asks Steyn to "pitch" to the young boy. The first ball is on a good length, and the kid swings and misses. "Dale, you think maybe you could reach the plate? That would help," says Sandler. Within the space of two minutes, Steyn gets to play cool, chastened, miffed and angry. And as the scene ends with family infighting, Steyn gets the final word: "This shit just got real." For cricket fans who happened to see Blended, Steyn was probably the best thing in it. At least, unlike three cast members, he avoided nomination for a Golden Raspberry Award: Sandler was nominated for Worst Actor, Drew Barrymore for Worst Actress, and Shaquille O'Neal for Worst Supporting Actor.

The Lady Vanishes (1938)
This was Alfred Hitchcock's last British film before moving to Hollywood, and two of the more memorable characters from The Lady Vanishes would have had no place in an American film. Charters and Caldicott, played by Basil Radford and Naunton Wayne, are a couple of cricket tragics whose primary interest is not the title mystery - the elderly lady who goes missing on board a European train - but in getting themselves home to England in time to catch some of the Test in Manchester.

In a hotel where the travellers are forced to stay a night (an avalanche has blocked the train), Charters takes advantage of an incoming call from London and the bellhop's leaving the phone unattended. "Tell me, what's happening to England?" Charters enquires of the mystery chap on the other end of the phone. "Blowing a gale? No, you don't follow me sir, I'm enquiring about the Test match in Manchester. Cricket, sir, cricket! What, you don't know? You can't be in England and not know the Test score."

Later, Caldicott is miffed at no mention of cricket in the only newspaper he can find, the International Herald Tribune. "The American's got no sense of proportion," he says. Not surprisingly, the pair profess to having no knowledge of the titular missing lady, largely because getting involved would risk them being delayed to the match.

But of course it wouldn't be Hitchcock without some sort of twist. As Charters and Caldicott arrive at the station in London with "ample time to catch the 6:50 to Manchester after all", they are stopped dead in their tracks. Well, not literally dead (despite this being a Hitchcock film), but their hope has certainly been killed off. A newspaper boy walks past them and the Evening News headline is plain for all to see: "TEST MATCH ABANDONED: FLOODS." Poor Charters and Caldicott. If only ESPNcricinfo had been around back then, to help them keep up with the scores...

Slumdog Millionaire (2008)
And now we arrive at the big one, the Best Picture Academy Award winner in which cricket not only featured, but was central to the key moment: when the tea-boy Jamal Malik, played by Dev Patel, wins big on Who Wants to Be a Millionaire? by correctly naming the batsman with the most first-class centuries in history.

Throughout the film, we see the flashbacks through Jamal's life that have helped him acquire the answers he needs to win on the quiz show. The cricket flashback involves Jamal in conversation with his love interest, Latika, while cricket is on TV in the background. Eagle-eyed viewers will note there are some inconsistencies with this scene, though. At first we are told of history unfolding at the Wankhede Stadium, where Sachin Tendulkar is on the verge of an Indian record 38th century. In what format? Certainly not first-class cricket, which is Jamal's question. When we see the action, though, it is clearly a one-day international between India and South Africa. When Tendulkar is run out for 99 it becomes clear the match in question was in fact the first ODI of the Future Cup in Belfast in 2007.

Despite the best efforts of the host to feed him the wrong answer, enough cricket knowledge has seeped into Jamal's brain by osmosis that he correctly identifies Jack Hobbs as the man with the record for most first-class centuries. Tendulkar and Michael Slater - yes, Michael Slater - are ruled out when Jamal uses his 50-50 lifeline, and he is left to choose Hobbs over Ricky Ponting.

For good measure, there is also a scene early in the film in which a group of boys are playing cricket on a tarmac and a very young Jamal drops a skied catch when a plane flies overhead. But for sheer novelty, the cricket highlight of Slumdog Millionaire has to be Damien Fleming commentating and Billy Bowden being name-checked. What other winner of the Best Picture Oscar gives you that? Not Schindler's List, that's for sure. Why baseball trumps cricket at the movies 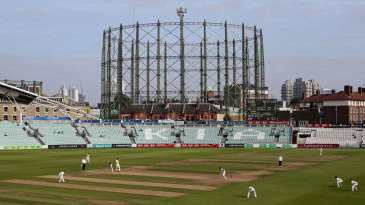 Where are the great cricket films?

Boxing, baseball, motor-racing and other sports have produced classics that films based on our game cannot hold a candle to What has cricket given Indian pop culture?

Cricket is omnipresent in India, but the films that reference the sport have mostly been banal, the ads star-obsessed, and fiction bordering on nil