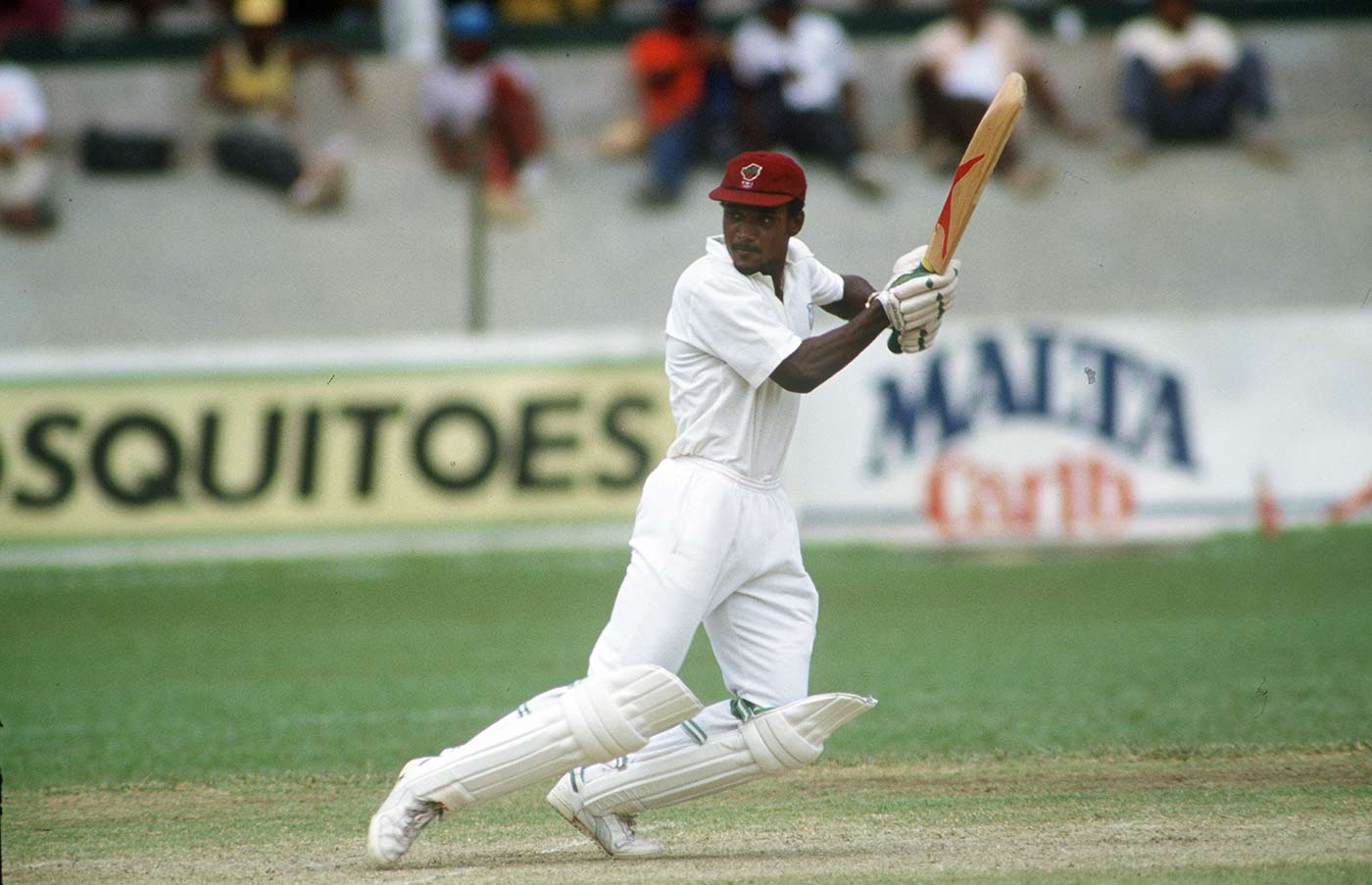 The 1990s, the Queen's Park Oval, West Indies playing - India, if memory serves, but mine is more likely to spit in my soup - and Carl Hooper slid down the wicket, like a cobra on cocaine, to lift some poor sap - Anil Kumble? - back over, first his head, then long-off's, then ours in the press box, which fell silent, everyone listening for the ball crashing onto the roof, except we did not hear it: either it was caught unseen on the top tier of the then Republic Bank Youth Stand or the ball cleared the peaked media building roof, sailed across St Clair Avenue and landed unheard in the grass of then King George V (now Nelson Mandela) Park.

It might have been the stroke that inspired the young Kieron Pollard, today's hardest hitter, whom I like to imagine sitting that day, open-mouthed, in the Schoolboy's Stand; but however far anyone hits the ball, no one, then or since, could match Carl's careless, flowing grace in that accelerated, unpredictable glide down the wicket. Australian spin legend Shane Warne even when he too was hit clear out of the ballpark, publicly admired the athletic elegance of the man his captain Steve Waugh included in his 100 Best Cricketers list.

The Oval crowd, which back then knew a bit more about cricket and a bit less about how to get on TV by wearing embarrassing outfits, went crazy. Slowly the cheering subsided and Hooper tapped his bat. The person sitting next to me (Tony Cozier? Christopher Martin-Jenkins? Peter Roebuck? I can't ask those three now) leaned towards me and asked, "Do you know how you can tell Carl Hooper is going to be out next ball? He looks to be in astonishing form."

It wasn't the next ball, but it wasn't that much longer before Hooper, who on that form ought to have made a double-century, was slouching back to the pavilion - and even then with the unconsidered grace of the ballerina turning heads in the supermarket - out for one of the many unmemorable scores that lowered his Test average from over 50 to the mid-30s.

None of the modern West Indies players who habitually throw away their wickets, even Marlon Samuels, can hold a candle to Carl when it comes to letting us down

There was never a cricketer who looked as good as Hooper. Next to him, Jacques Kallis, the only other man to have scored 5000 runs, taken 100 wickets, held 100 catches and collected 100 caps in both Tests and ODIs, seems an oaf. In the slips or covers, players like Jonty Rhodes, Gus Logie and AB de Villiers may have approached Carl Hooper at his best - and all three would probably admit that Hooper looked better; but those men, and most others, with only a fraction of his ability, consistently did better.

This was an athlete with a physique so fine, they wouldn't have to Photoshop his image for the Carl Hooper video game: broad shoulders, prominent chest, ridiculously narrow waist, a six-pack before the term was popular, long, strong limbs rippling with muscle, and all of it wrapped in an elegance more befitting of a gymnast, if not a ballet dancer. Indeed, you have to leave humankind altogether to find his natural physical comparisons: a barracuda slicing through the water; a cheetah racing so fast it seems not to be moving at all - or even the jeté-jumping gazelle it chases. Carl Hooper could get out caught off a thick top edge more stylishly than most batsmen could late-cut between the slip and the wicketkeeper.

And he did. Often. Get out stylishly.

It was as enraging to tally his score as it was enthralling to watch him bat, however long or short his innings might be; and it was usually not just too short, which you might forgive, but shorter than it ought to have been, which you could not forget. Just watching him walk towards the wicket, swinging his bat like a baton, you could hear, in your mind's ear, the string section being tuned for a symphony - which was almost always not just left unfinished but ended before its own overture! After his first few appearances at the Oval, as he walked to the middle, you would hear, from the then-knowledgeable crowd, what sounded at first like an affectionate contraction of his surname - "Hoops" - until you realised people were dismissively predicting the usual, unnecessary, entirely avoidable way he would soon get himself out: Oops!

But there were and are many West Indian cricketers who I could theoretically hate to love ahead of Carl. The great Viv Richards, e.g., who could have grounded a criminal charge of chewing gum with intent, seemed not to notice that Brian Lara could carry his bat as easily as he could towels and water bottles.

None of the modern West Indies players who habitually throw away their wickets, even Marlon Samuels, the closest I've seen to Hooper in unrealised potential, can hold a candle to Carl when it comes to letting us down. Because no one I've ever seen was potentially as good as Carl Hooper. Not Viv, not the legendary Sir Garry, not the otherworldly Kanhai, who caused a generation of West Indian sons to be named Rohan and handed a cricket bat in the crib. Not even Lara, who took back the record from Matthew Hayden just to prove that he could, or Mikey Holding or Malcolm Marshall or Curtly Ambrose or Courtney Walsh, all of whom could take ten wickets for fewer runs when needed most.

Carl Hooper was beauty and grace personified. In most of the cricket world, that beauty would have been nurtured, that grace finessed, that explosive potential developed carefully, so as not to set it off prematurely and waste it. In the West Indies, though, our interest is in denying potential, in stifling possibility, not in shaping it. You couldn't run successful slave societies for 300 years without acquiring the knack, and the habit has stuck.

Every time Carl Hooper walked to the wicket, he filled me with the hope that makes all West Indians go on, even as our little economies grind to a halt

Every time Carl Hooper walked to the wicket, he filled me with the hope that makes all West Indians go on, even as our little economies grind to a halt. Because I could see in Carl his beauty, because he had shown it to me himself, so often, over so many games, in a century in his second Test, in yet another impossible catch in the covers, in awe-inspiring sixes; in his grace, I saw our own hope.

And, too many times, the glory that should have been his slipped away from him because he lacked the concentration, or the professionalism, or whatever it is he had to lack that day to be sure he would not do as well as he ought to.

He would be shot down before he could soar. And usually it was he who'd pulled the trigger.

You could line up all our greats and none of them would be as great a disappointment to me as Carl Hooper - because Carl was the most West Indian of them all. Carl Hooper is me; if I ever stopped loving him, I'd have to hate him. 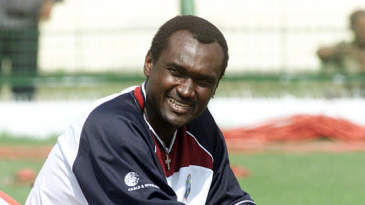 'I'd do it all over again if I could'

From a cricketer in Guyana to a businessman in Australia: Carl Hooper may not play too much cricket but he stays in shape, and he plays the markets Windies cricket's supposed messiah is yet to deliver

The job spec might more realistically have spelled out terms for a saviour rather than a captain, because that was what the West Indies Board was looking for when they appointed Carl Hooper as captain in March 2001