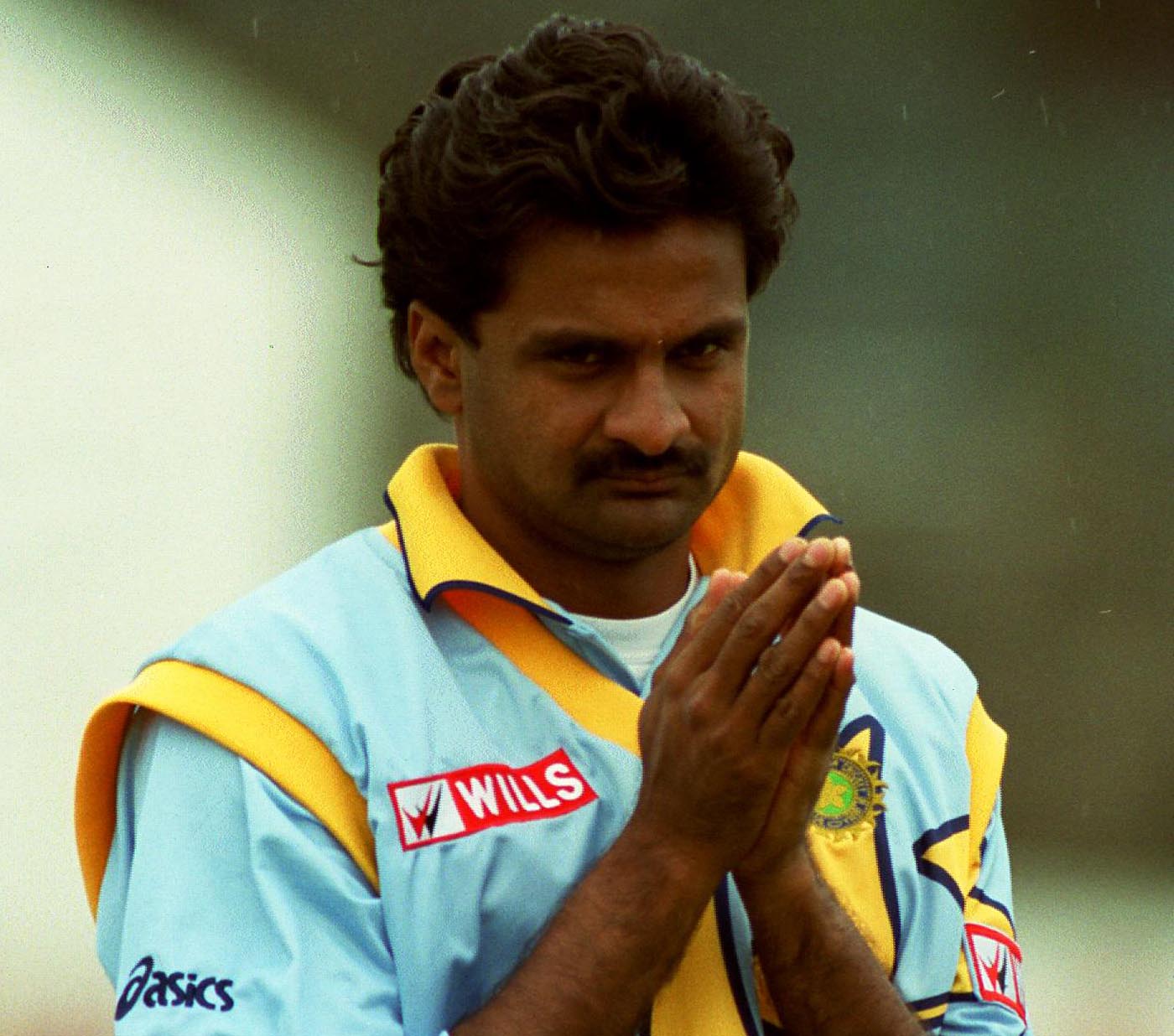 Most of the world saw Javagal Srinath as a toiler. South Africans saw a proper fast bowler

In the summer of 1992, South Africans were high on speed.

We had only been back in international cricket a year, seen just 15 ODIs, experienced only one Test. We didn't know much about cricket. But we knew what we liked. And what we liked was blistering pace, banged in short or scything away from off stump.

Perhaps our conviction that pace was the soul of cricket was a legacy of the isolation we had just left behind. Put fighting fish in a small bowl and you get carnage. So it had been with South African domestic cricket during the 22 years of exile, punishment for the country's racist policies. Hyper-macho and studded with Test-quality stars, matches were often gladiatorial. And in most cases the enforcers were big men with handlebar moustaches, looking to crack heads.

Our first post-isolation Test - a grand, seesawing thing in Barbados - simply reinforced our belief that there was nothing better than fast bowling. Andrew Hudson made a serene hundred on debut and a youngster called Brian Lara looked good for a half-century, but it was Allan Donald and Richard Snell who made us roar, Curtly Ambrose and Courtney Walsh who made us gasp. To us, cricket was a spectacle in which batsmen tried to survive against relentless pace. And if bowlers didn't stand six-foot-plenty, run in from the sightscreen and bowl fiery death at 145kph, they weren't worth paying attention to.

Which is why none of us noticed Javagal Srinath. Well, nobody except my mother. "Oh, he's very handsome," she said, pausing in front of the television. But we weren't interested in matinee-idol hair; we wanted big men doing bad things.

What we got that summer, however, was big men doing almost nothing.

South Africa's first post-isolation Test series at home wasn't dull. Dullness, after all, implies boredom, a state in which one can dip in and out of consciousness. No, what we got was relentlessly, demandingly tedious. You couldn't look away - runs were so infrequent you feared you might miss one of only six or seven that hour - but to watch was pure torture.

In retrospect it is no wonder I didn't notice Srinath. I was too busy watching Peter Kirsten bat for almost four hours across two innings for 24 runs in Durban, and Hansie Cronje taking close to two hours for his 15 in Johannesburg. I was too horrified, come the fourth Test at Newlands, by the spectacle of both teams giving up the will to live; Craig Matthews and Cronje conceding 49 runs off 46 soul-destroying overs, Sanjay Manjrekar's 46 in nearly four and a half hours… To be fair, there was one memorable Test, the third, in which India collapsed to 31 for 6 before Kapil Dev threw caution and his bat to the wind and banged 129 in a counterattack for the ages. But of course Srinath didn't play in that one. He seemed determined to remain, at least for South Africans, the embodiment of pointless cricket.

And yet when the series came to a merciful end and we were told it was safe to come out, the highlights packages were full of Srinath. He was everywhere: running in silkily, sliding into a lovely, wrenching side-on sling of an action, almost like a proper fast bowler. There he was, pitching it up, making the batsmen play, taking wickets at a rate second only to Donald. There he was, sending Meyrick Pringle to hospital with a monstrous lifter that beat Pringle's hook shot and burst between visor and grille. Almost like a proper fast bowler.

When South Africa arrived in Ahmedabad four years later, we were slightly less naïve. Shane Warne had taught us that fast bowlers weren't the only people who could haunt one's nightmares. But we still underestimated Srinath. All the talk was about Anil Kumble. Srinath, we assumed, would take the shine off the ball and then the real cricket would start.

We were almost right. Spin dominated the first three innings. The South Africans clawed ahead; found themselves set just 170 to win. And then, out of nowhere, they were 0 for 2: Srinath had trapped Hudson in front and nicked off Darryll Cullinan next ball. It was all over inside 39 overs: South Africa rolled for 105, and Srinath supreme with 6 for 21.

When Srinath arrived in South Africa for the 2003 World Cup, I made peace with the fact that he was going to play cricket forever

The series in India was a heartbreaking one for the Proteas. After seizing back the initiative with a thumping win in Calcutta, they surrendered the series on a dodgy Kanpur pitch. South Africans felt cheated, and demanded blood. And, a month later, when India visited for the return series, they were getting it.

A sprightly Durban pitch saw India rolled for 100 and 66 en route to a massive defeat. The second Test, at Newlands, produced a mountain of runs and Sachin Tendulkar's finest innings in South Africa, but also another whipping. Though India had the better of a drawn final Test, they headed home properly beaten.

One man, however, went with his head held high. Srinath's wicket tally was second only to an utterly dominant Donald - 18 to Donald's 20 - and he had taken almost twice as many wickets in the series as the new local hero, Shaun Pollock. I had to admit it. The guy was almost a proper fast bowler; making the new ball swing in or seam away; getting the old one to cut back; finding the outside edge, beating the inside edge.

By 2001, though, when India returned for another series, I was sure he was done. It felt as if he had been bowling at South Africa for decades. I was midway through high school when I first saw him. Now I had left university and had a job. But there he was - "Oh it's him!" exclaimed my mother - still gliding in, still pitching it up, taking five hard-fought wickets in Bloemfontein; 6 for 76 in Port Elizabeth, snuffing out Gary Kirsten and clean-bowling Jacques Kallis. His action had changed, and he was relying on patience and guile more than speed, but he was still asking questions South Africans couldn't answer. In the 2003 World Cup, Srinath was golden till the final © Getty Images

When Srinath arrived in South Africa for the 2003 World Cup, I made peace with the fact that he was going to play cricket forever. Sixteen wickets in ten games confirmed my suspicion that he might be immortal. But in his 11th game - the final - time and Adam Gilchrist finally caught up with him. Srinath was pulverised, and, just like that, he was gone.

Pundits said nice things about his passion and grit, but few called him great. Because he wasn't a genuinely great fast bowler, right?

Maybe the Srinath you saw wasn't. And I understand that, because that's the one I saw in 1992. But what I saw after that - a bowler exerting remarkable dominance over my team - has made me wonder.

You might have seen an honest toiler who could nip out a few here and there. But I saw a strike bowler who dismissed South Africa's batsmen at a better strike rate than Warne, Murali and McGrath. I saw a man coming back over after over, Test after Test, year after year; excellent to the end.

Only six bowlers have taken more Test wickets against South Africa, ever.

No seamer of the last 50 years has taken more.

Tom Eaton is a columnist, screenwriter and novelist from Cape Town 'It's about helping one another' The highs of an up and down career 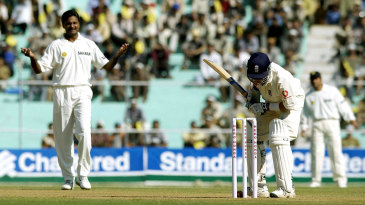 The man who kept beating the bat

Javagal Srinath has retired from international cricket, after 67 Test matches and 229 one-dayers