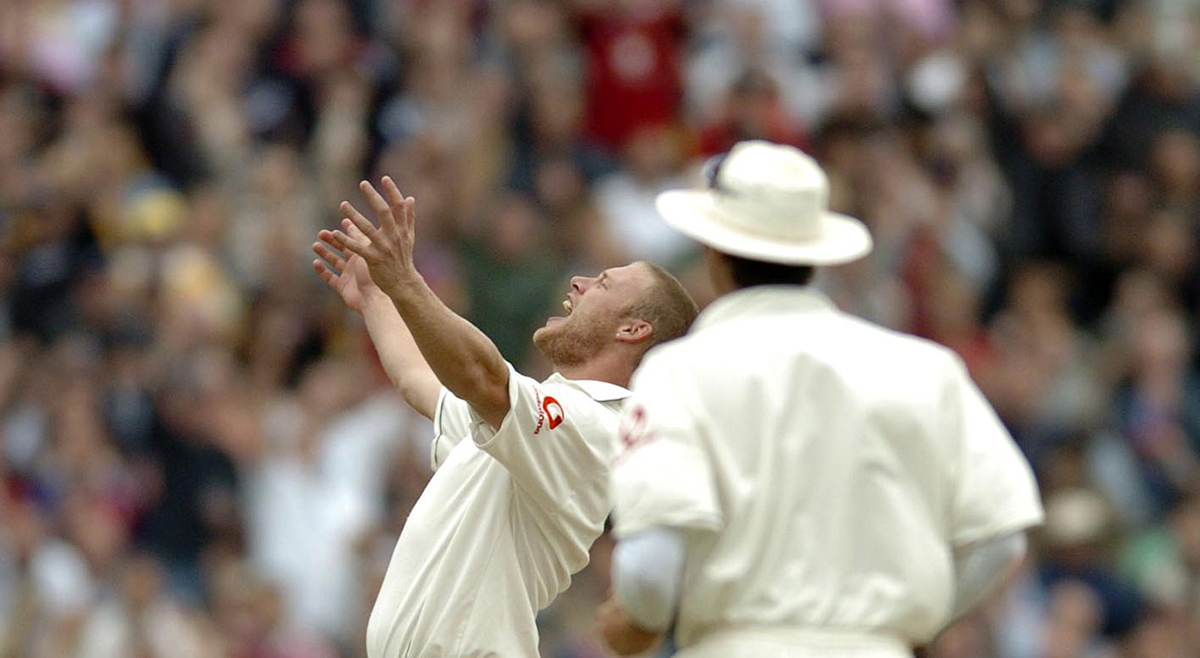 It may be the primary reason that cricket compels: that it functions, to a greater degree than any other sport, as an allegory for life in general, what with life in general also being a challenge to assemble as long and as graceful an innings as possible, while fending off or dispatching the assorted bumpers, googlies and yorkers slung in our direction. As such, cricket would - one would imagine - be a rich seam of inspiration for artists, which is to say people who also deal in illuminations of the ineffable.

Where music in particular is concerned, cricket appears to offer especially rich loam, replete with colossal heroes, dreadful villains, rousing fables and withering morality tales. The various forms of cricket themselves almost appear as equivalents of musical expression: the throwaway single of T20, the sturdy 12-track of the ODI, the double concept album with gatefold sleeve of the Test match.

However, when one surveys the - many - articles and lists faithfully compiling the catalogue of cricket-related popular song, it is impossible to avoid noticing a recurring theme, i.e. that they're all citing the same tracks, and that there are not really that many of them. One reads, again and again, of Paul Kelly & The Coloured Girls' gentle, elegiac "Bradman", Roy Harper's "When An Old Cricketer Leaves The Crease", 10cc's "Dreadlock Holiday", of a few hagiographic West Indian calypsos and Bollywood bhangras, and the two albums of stylistically and temperamentally baroque cricket-pop composed by The Duckworth Lewis Method - this latter act essentially a runner for The Divine Comedy's Neil Hannon and Pugwash's Thomas Walsh. There is little wrong with any of these recordings - aside, obviously, from "Dreadlock Holiday", about which the kindest that might be said is that it perhaps falls narrowly outside the list of the 1000 worst reggae records ever made by white Englishmen. But they are perplexingly few in number: measured against the total bulk of extant music, they amount barely to a single boundary in the career of Sachin Tendulkar (himself the subject of songs by Dhanush, and Kailash Kher, among others). And cricket is a sport that transfixes a hefty - and, one might think, potentially profitable - fraction of the world's population.

Here, of course, is a possible explanation for this dearth: that cricket transfixes the wrong hefty fraction of the world's population. If one writes and records a song about cricket, one is implicitly declaring a complete lack of interest in attracting attention in the United States, still the most financially and culturally vital market for music, but an impenetrable citadel of indifference where cricket is concerned. This probably unbridgeable cultural divide was indeed once cited by You Am I as a simile for hopelessly alcohol-impaired communication: their song "Explaining Cricket" crested on a chorus of "My words are drowning in the amber again / It's like explaining cricket to Americans".

It is a shame, as the history and mythology of cricket heaves with unwritten ballads, uncomposed shanties, unsung hymns, possibly even unarranged symphonies. It is, for example, an astonishing negligence by country singers - a breed distinguished by their fondness for tales of cruelly thwarted dreams - that none have addressed the story of Bryce McGain. McGain, you may recall, was the Victorian legspinner who, after many years as a staunch club and state journeyman, was finally consecrated with the baggy green to debut for Australia in Cape Town in 2009, at the age of 36. Regrettably, a scenario that looked set up for a stirring triumph-of-the-underdog matinee finale was rather spoiled by South Africa's unsentimental batsmen, who plastered him for 149 runs at worse than eight an over. 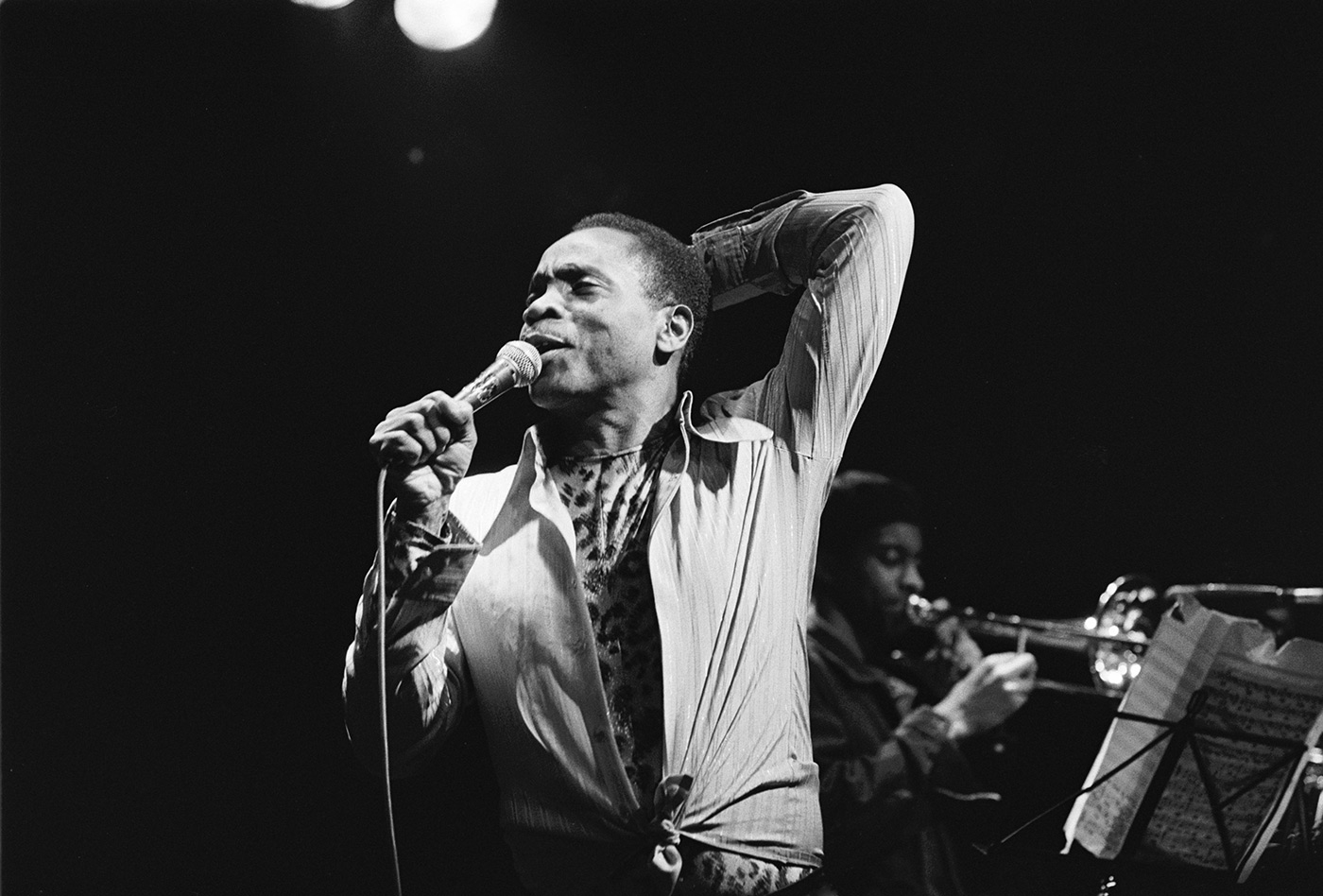 If you're looking to pay tribute to a cricketer, you could do worse than put Mighty Sparrow in charge © Getty Images

McGain took no wickets, his two visits to the crease yielded a duck and 2, and he never played another Test. One can readily imagine such a woeful yarn adapted by Shel Silverstein or Tom T Hall, and sung by Johnny Cash or Roger Miller. Not them personally, obviously, as only Hall still walks among us, but their heirs, perhaps Todd Snider, who has written at least one song about baseball - "America's Favourite Pastime", recalling the remarkable day in 1970 when the Pittsburgh Pirates' Dock Ellis pitched a no-hitter while addled by LSD.

It is surely past time, for example, that David Boon's famous 52-can Sydney-London flight of 1989 attracted the attention of a similarly inclined Australian chronicler: perhaps if TISM were ever to reform, this could provide the basis for an expansion of their cricket-related repertoire beyond "The Parable Of Glenn McGrath's Haircut" and the anti-vuvuzela triptych "Fielding At Long-On". TISM's approximate British equivalent, Half Man Half Biscuit, did contribute "F**kin' 'Ell It's Fred Titmus" to the pantheon - though this was, properly speaking, more a reflection on the disorienting effect of encountering celebrity in real life than an appreciation of the titular offspinner.

There is a partial case to be made for the calypso singers of the Caribbean, who have produced some sterling homages to individual cricketers - Mighty Sparrow's "Sir Garfield Sobers", King Short Shirt's "Vivian Richards", among others (one should also acknowledge I-Roy's dense, hypnotic dancehall "Tribute to Michael Holding", which has something of the effect of being remorselessly battered by hundred-mile-an-hour bouncers). Again, however, plentiful wells of inspiration remain untapped - the more so when one considers the commendable generosity with which West Indian calypso singers have ennobled foreign players (see Lord Relator's "Gavaskar", Lord Kitchener's "Alec Bedser Calypso"). 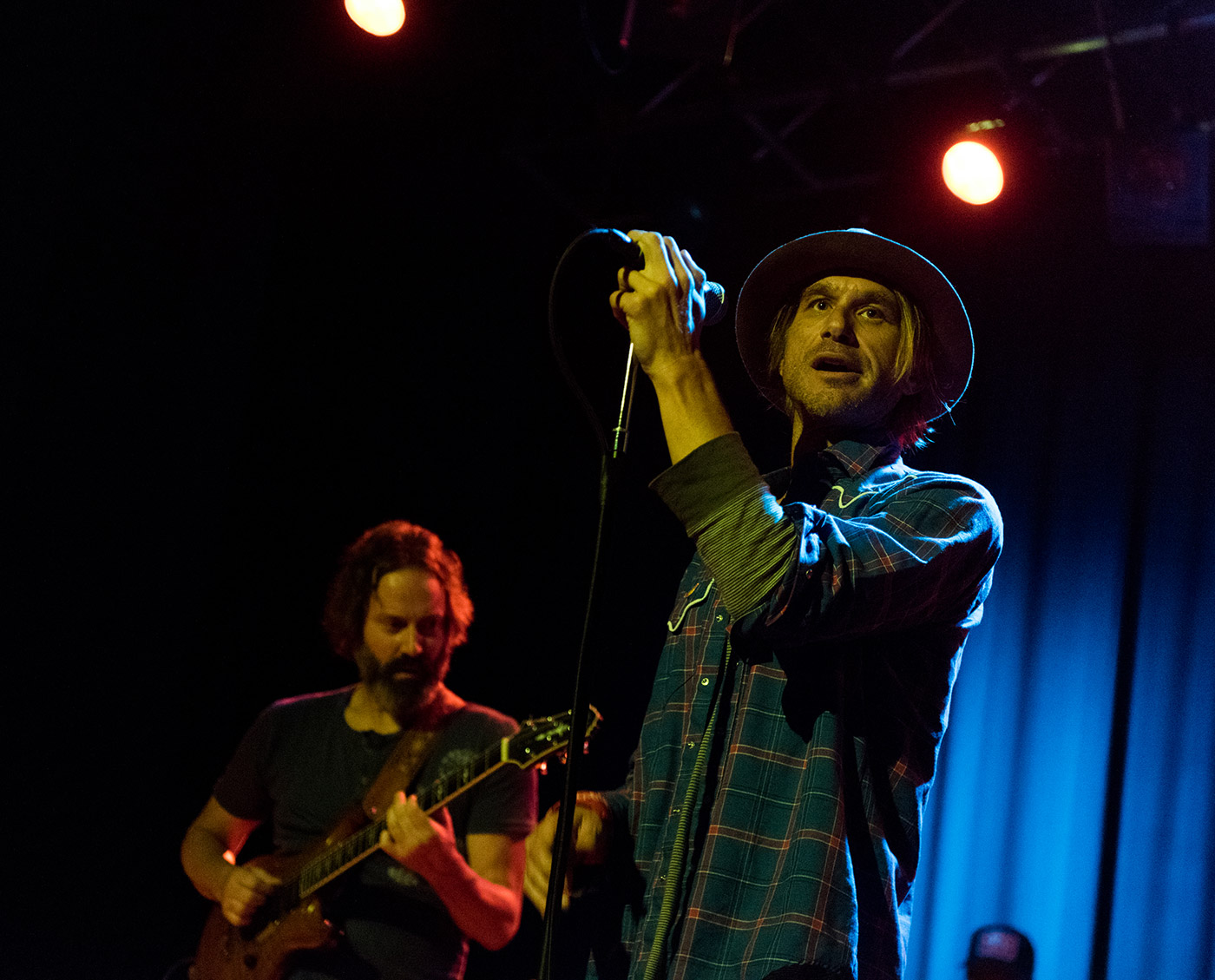 Todd Snider: what if cricket was his canvas? Steven Siewert / © Getty Images

A challenge could perhaps be set, even with official sponsorship, for new calypsos commemorating the most counterintuitive, i.e. least sprightly and insouciant, subjects: who would not be curious to hear a calypso struggling to celebrate Bill Lawry, Chris Tavaré , Geoff Boycott or someone equally well known for dourly accumulating cobwebs as well as runs? Such a contest need not be confined to Caribbean artists: Paul Kelly, borrowing the tune from Lord Kitchener's "London is the Place For Me" released the calypso "Shane Warne" in 2007.

Which prompts - via the recollection of Eddie Perfect's Shane Warne: The Musical - the theory that the reason that cricket languishes insufficiently honoured in song is the possibility that the game is better suited to longer forms of musical celebration: even a T20 match goes on longer than Tales From Topographic Oceans. There has, however, been precious little exploration on this front, either. There is the rarely produced and little-recalled Lloyd-Webber/Rice musical Cricket: commissioned by Prince Edward as a 60th birthday gift for his mother, it depicts a love triangle amid the milieu of a fictional cricket club, and therefore struggles to qualify on the grounds that cricket is the metaphor, rather than the subject. The same might be said of the songs from Lagaan or other cricket-related Bollywood films: that while they do recognise, astutely, that cricket is to a large extent about other things, they are not, in and of themselves, primarily about cricket. The failure of our opera librettists to get to work on the 2005 Ashes is an atrocious dereliction.

While more songs about cricket and cricketers would be a self-evident good, there is also a genuine urgency to this crisis. If actual songwriters and singers do not step up, there is a very real risk that cricketers themselves may attempt to fill the void. Have another listen to Brett Lee's "You're the One For Me" - a duet with the blameless Asha Bhosle, who keeps up her end with the watchful foreboding of someone batting with Inzamam-ul-Haq - and ask yourself if this sounds like the kind of world in which you want your children to live.

Yours in song,
Andrew Mueller

Andrew Mueller is a journalist and author based in London 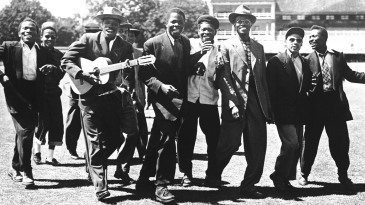 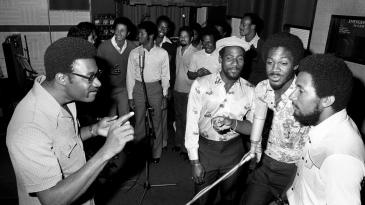 Sing when you're winning

Another pitch, another track: the West Indian team touring England in 1976 stop in at a London studio to record a calypso 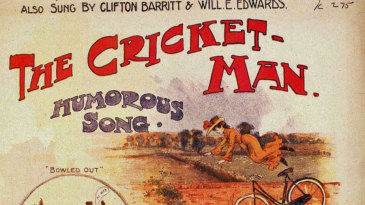 Sing a song of cricket

The game has been inspiring tunes for hundreds of years now. Does cricket possess a quality that lends itself to expression in music?