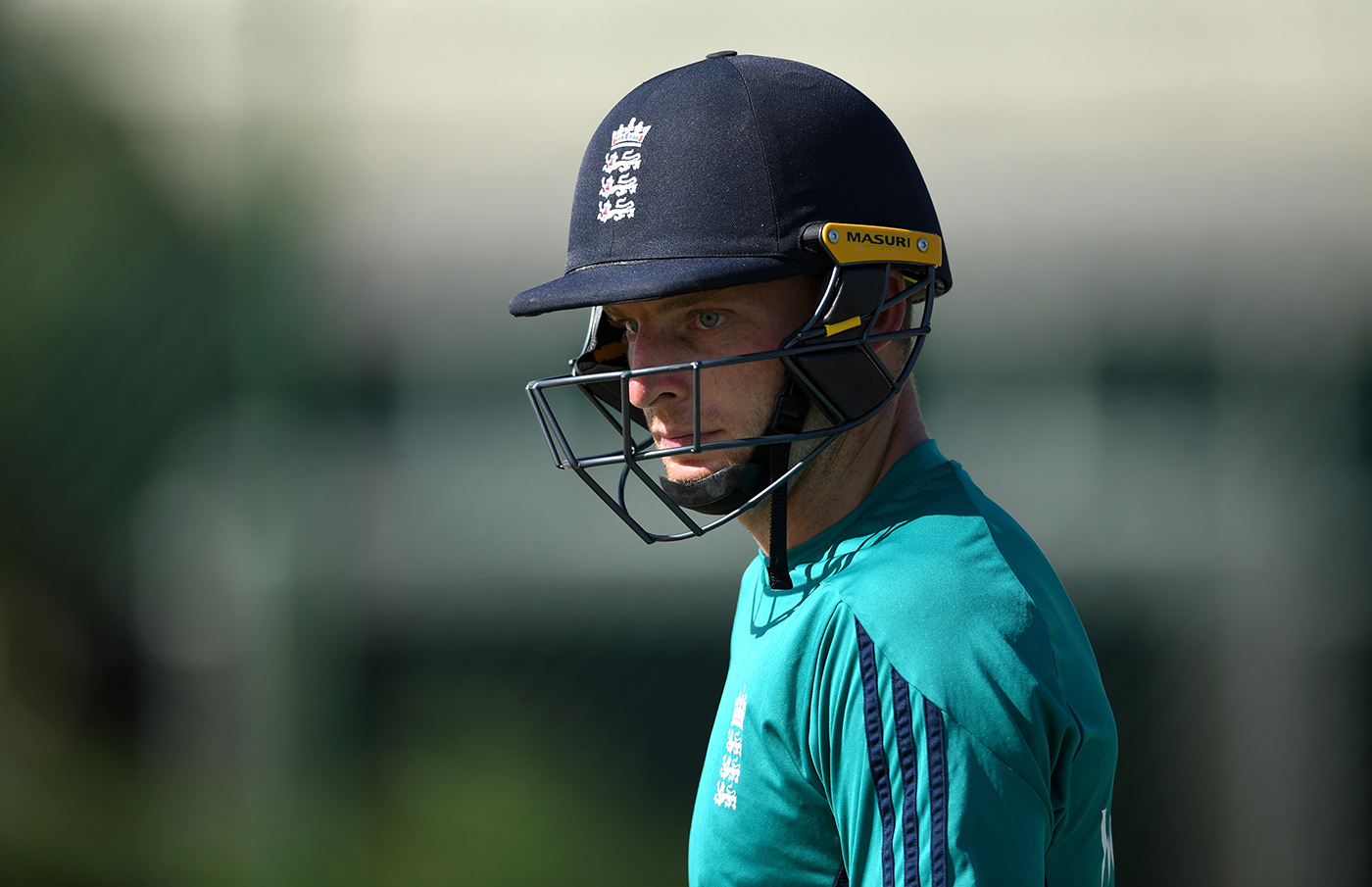 Has anyone ever brooded so well against an aquamarine background?

Whatever I am, it's all Buttler's fault

Hate is something I can achieve. I hate courgettes, aspic, cold beetroot and the BBC's Question Time. I hate updates on my laptop, innocently downloaded, that render it more spitefully ponderous and capricious than ever before. I hate being confronted by the spectacle of a teenage boy's brown underpants bulging over his deliberately loose-belted trousers when I go to buy my paper in the morning.

I can hate things. But I can't hate cricketers. Cricketers are, for the most part, barely out of childhood. They can be daft, disrespectful, deluded, strutting, arrogant and pompous, but who among us can honestly say that we were not all those things in our 20s? They can score runs and take wickets against the team that I want to succeed, but that really is their entire raison d'etre. They can be doing the very thing I so desperately wanted to do since the day I could read and write - but I can't, since I have been disbarred owing to a technicality known as Irreversible Incompetence. But then much the same applies to playing the guitar, and I quite definitely do not hate Jimi Hendrix.

I can, though, hate myself, and there is one cricketer who manages, almost as if it was his only purpose in life, to elicit that hate in me with tedious and corrosive regularity. That man is Jos Buttler. A man whose very surname causes spellcheck to flip out and distort my page with admonishing squiggles. And his first name is barely any better.

"Jos?" I hear you cry. "Softly spoken, gentle yet flamboyant Jos? Possessor of England's fastest three ODI hundreds? Vulnerable-eyed Jos with bags of talent but no irksome swagger? The perfect advert for the brave new 'brand' [OKAY, I also hate THAT WORD] of English white-ball cricket? Surely he can do no more than inflict tweaks of disappointment every now and then when he throws his wicket away. You've got to take the rough with the smooth. He must be allowed to play his own way. Risks and rewards and all that." Has anyone played a one-handed cut so convincingly? Gareth Copley / © Getty Images

"Stop it," I cry in response. I know all this and it isn't why I hate loving him. I hate loving him because I tell everyone who can bear to listen to me banging on about it for the umpteenth time that he is the best batsman I have ever seen. That he has wrists that can send any ball to any part of any ground. That he seems to choose whether to flick a ball to third man or fine leg based on the ti-niest change in the bowler's line and length. That he is England's AB de Villiers, Viv Richards and Virender Sehwag rolled into one. That he should be selected for every match England play, in every format, from now until he dies, which I sincerely hope will not be for at least another 60 years. (And by then we'll all be watching five-over-a-side cricket so his gout, rheumatism and arthritis will barely bother him.)

So, surely I just love him. Well no. I was reminded precisely where the hate comes in by a recent article by Guardian columnist Matthew d'Ancona. He recalled the brilliant philosopher Umberto Eco's "hard core of Being" and "lines of resistance". These are terms Eco uses to describe those moments when one finds oneself abandoning all logic and discarding all known truths. When you start talking nonsense, basically. I concede that talking nonsense may be seen as an occupational hazard for a commentator, but when it comes to Buttler, I am positively dysenteric.

So desperate am I to find a place in the side for Buttler that I have, on air, propounded the theory that, despite Jonny Bairstow's excellent current form, it would surely make sense to play both him and Buttler and alternate the wicketkeeping duties by session. After all, ex-cricketers (with whom I am usually sharing the commentary box) bang on about what a hard job it is maintaining concentration behind the stumps on long, hot days. Isn't this the perfect solution?

Responses range from Vic Marks' indulgent raised eyebrow and soft sigh to everyone else's very vocal and decibel-rich ridicule. When the snorts of derision finally subside, I am usually confronted by a facile, but entirely reasonable question: "Are you picking him as a batsman or a wicketkeeper?" To which I gabble: "Both, either, just pick him. He's heaven-sent. He's the very node of creation. He is the Big Bang." 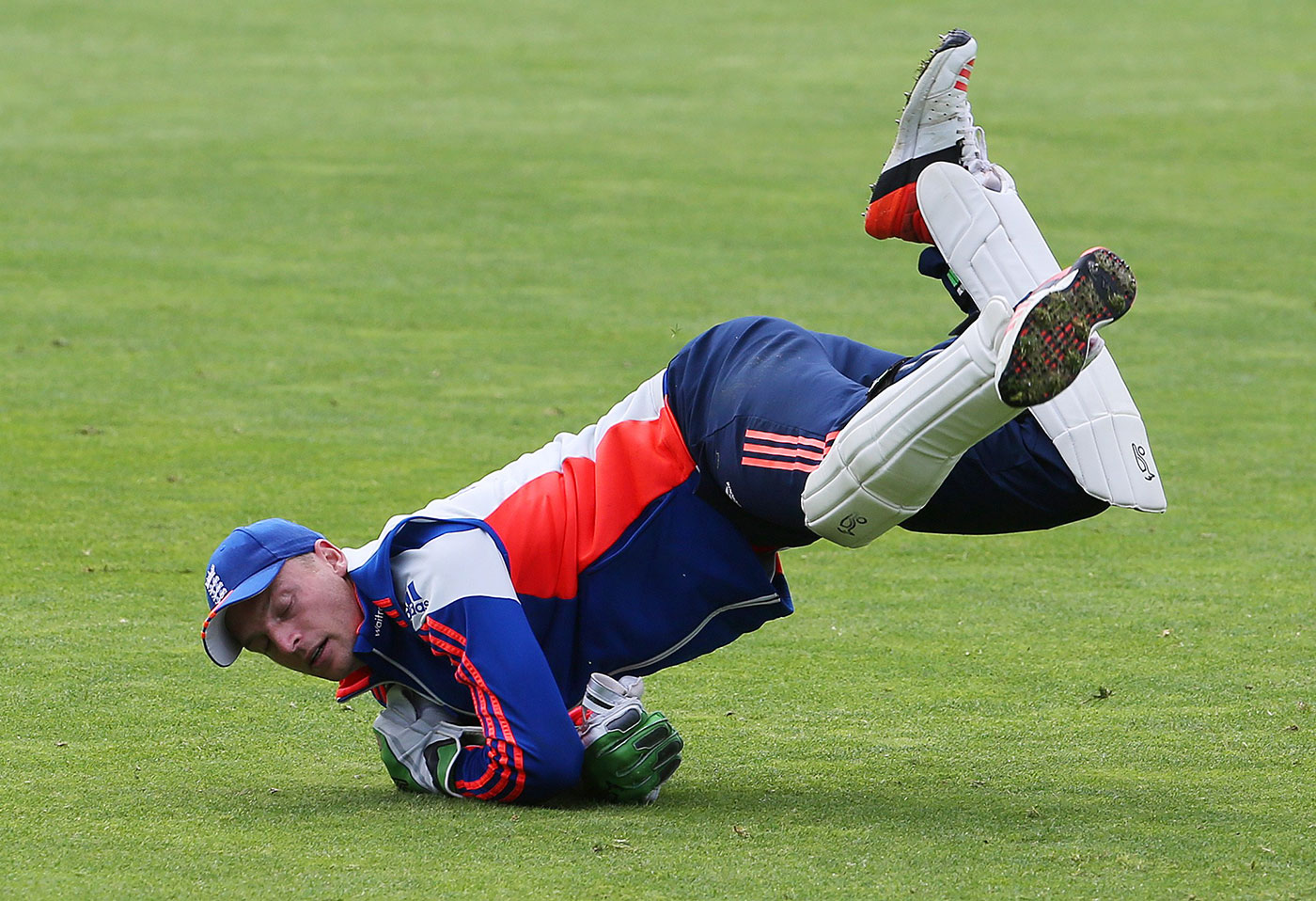 Has anyone ever breakdanced so elegantly with pads on? Geoff Caddick / © AFP

Follow-up observations usually draw heavily on his unremarkable Test average (31.36), the fact he only has four first-class hundreds, that he struggled desperately against Australia in 2015, and looked totally at sea against Pakistan's spinners the following winter. "So what?" say I, channelling my 15-year-old self after failing another physics exam. "He doesn't need hundreds to be the best batsman evaaah." "He's only played one first-class match in the last 12 months," shriek the experts. "And? And?" say I. "Who cares? He's Jos."

And then, and then. Jos gets recalled to the Test team against India in Mohali. He arrives at the crease with England 144 for 5 in their first innings. The five men out had all had oodles of red-ball cricket in the preceding year and none of them had made 30 that day. In partnership with Bairstow he begins to turn the game around. For 96 and a half minutes I become increasingly smug. And then, and then. He lamely pushes one to mid-off and is caught. Had it been an ODI, he'd have sent it soaring halfway to Chennai. Still, 43 on his comeback is a form of vindication. A brilliant three-hour 76 in the next Test (all of this batting three places too low, in my albeit distorted opinion, at No. 7) confirms that he doesn't need to play season after season of county cricket to know how to bat.

Yet even as he vindicates me, he wounds me. I want players to play first-class cricket; to prove themselves and to validate the domestic game. I believe in earning your stripes through years of dedicated toil. I value County Championship hundreds. But when it comes to Jos, everything I think I know, every judgement I have ever made about high elbows, straight bats, orthodox techniques, all the things that make me admire Haseeb Hameed and Joe Root, go flying out the window. I burst through Eco's "lines of resistance" and rush maniacally into the welcoming arms of giddy lunacy.

And the very worst of it? I still think I'm right. More than that, I know I'm right. I know that Jos is the chosen one, cricketing divinity made incarnate. The man whose very existence will make you all rethink everything you thought you ever knew. That it is you lot who are currently on the wrong side of Eco's "lines of resistance", not me, and that one day, probably in his late-50s, he'll be keeping wicket in alternate sessions while bashing out quick-fire triple-hundreds from No. 4.

See? I've done it again. Damn you, Jos Buttler. And sod off spellcheck.

Daniel Norcross is a commentator for BBC Test Match Special The burden of being Ramps

Mark Ramprakash was a complex beast, and so was being a fan of him 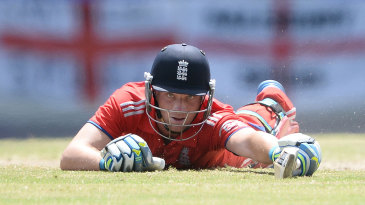 After smashing his own record for England's fastest ODI hundred of all time, Jos Buttler admitted he was at a loss to explain his stunning turnaround in fortunes