One of the defining features of being an adult, I've noticed, is the slow suspension of the self into an island. Away from family, you work in a different city than the one you grew up in. Friendships are always in the making, now that titles like BFF seem embarrassing. Weekends begin with determination to do all that has been piling up for years, and end with the regret of having let it slip away - just like the years. The feeling of being untethered is… liberating, because you've told yourself how revered independence is. But, like most other things, it has few good moments.

Over a two-week vacation at home in Chennai this February, I slipped into something that had been elusive for the last many years: cricket as a whole, and Test matches in particular. The television was tuned to the first match of the Border-Gavaskar series. In the absence of other interesting options, and having vowed that this holiday would not be wasted fretting, I began absorbing the cricket passively.

The ambience harked back to the time ten to 15 years ago, when Test matches were a staple. Curtains would be drawn tight, darkening the room and lending a seriousness to the viewing task at hand. It also made the boys look whiter in their whites, as though on the cusp of knighthood. Calling bells and chores would be attended to in haste to ensure no extraordinary sliver of cricket was missed. The family would bond over collective gasps and cheers. From those emanations I learnt a thing or two about the joy of unplanned but synchronised timing. Together we would despair over the missed chances, in laments that would spread wide and wrap us in gloom for days. Memory, you see, is a funny thing; it collapses the linear progression of time and makes a circle out of it. At the end of the first day of the first Test in Pune, I was too invested in the outcome to let go. But TBH, as they say these days, it was the thrill of participating in the collective experience that kept me hooked - time-lagged connections between my bedroom to the stadium audience to amorphous viewers sitting across from TV sets around the world. Islands, in order to be appreciated, need connectivity.

The disintegration of my relationship with cricket had its triggers. Watching a subdued, if charming, Sourav Ganguly ascend to the commentary box was one. Ganguly was the first; he was followed by the unstoppable goodbyes of more icons. The ones who went without fanfare didn't give us the opportunity to grieve, and those were the feelings hardest to overcome. It was heartbreaking to go on, to assure myself that something so familiar could be replaced. The emergence of the newest format felt like a corruption of the game, creating a wider chasm between me and its world. The thrill of a well-played shot, a wicket, had to be earned after devoted consumption, not merely expected from the word go.

There were other influences, reasons that can't be ascribed to the game. Having a firmer understanding of the naivety behind nationalist pride, its affirmation through the game felt disillusioning. Nationalism in India in the recent past has taken an aggressive turn: stifling dissent in independent spaces, glorifying violence in the name of protection, proving itself incapable of expressing democracy. I could go on… but essentially, mine was a subconscious dismissing of a game, so intrinsic to growing up that it didn't quite make space for itself in a life spent being, well, grown up.

The Test series crept upon me, surreptitiously, to help get to the bottom of how to keep afloat. A nebulous existential angst channelled itself into frustration at India losing the first Test. When they won the second, I whined to my dad, keeping alive a family tradition: they always lose when I follow the match ball by ball. Back to work by then, I could only check scores during breaks. 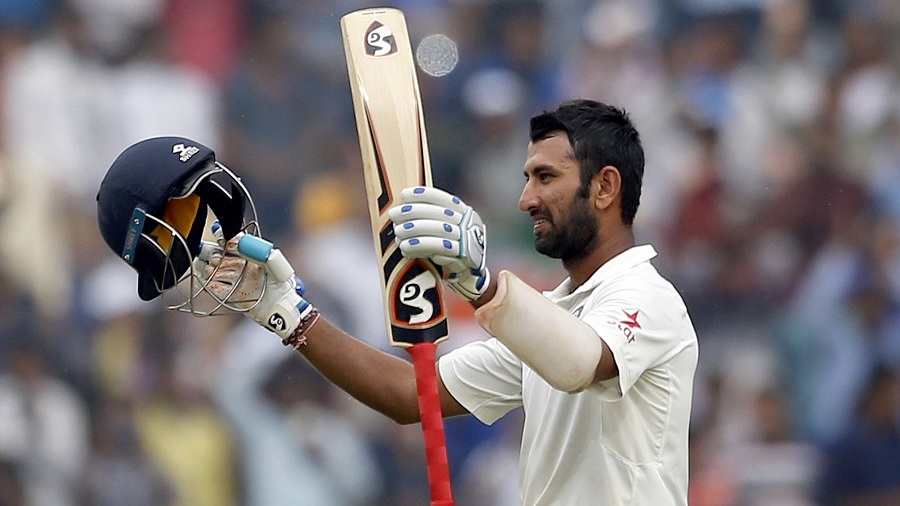 Which recent Indian cricketer does Pujara remind you of? © Associated Press

I watched the third Test in considered intervals, live-streaming it at work, fingers crossed. Dismissing superstition in favour of overrated rational living had made life painfully boring. So I gave it a red-carpet welcome back into my life. When an expected win in Ranchi fell to a draw, I told myself it was because I didn't watch it ball by ball. What I also love about superstition is, it lends itself perfectly to whim. So I followed the fourth Test keenly. And voila!

By the end of it all, euphoria at the series win aside, I was back to thinking about who I'd fangirled over. Pat Cummins was a fast bowler, so that automatically qualified him. Cheteshwar Pujara was reminiscent of an old, reliable wall that I thought had crumbled forever. Ravindra Jadeja's is that enviable flamboyance with grit, and Steve Smith might be the only Aussie captain I have neutral feelings for (having borne a strong dislike for everyone since SR Waugh).

I came out of retirement to tap into puerile emotions that seemed therapeutic. For those on the other end of the spectrum, the IPL that followed was a time of fervency. The format stands against convention, staid whites replaced by explosions of colour. Emotions run high, loyalties hang on the loose thread of money. It is adrenaline-driven, so much in sync with the texture of our existence now. At a time like this, all I want is to retreat into the safe womb of a slowly unfolding match. Sleep over it, meditate, and immerse myself in its world. Occasionally allow myself petulance over unfavourable outcomes. When victory does come, it is sweet and full of grace.

Niharika Mallimadugula is a freelance writer based in Mumbai. She writes on books, gender and sport 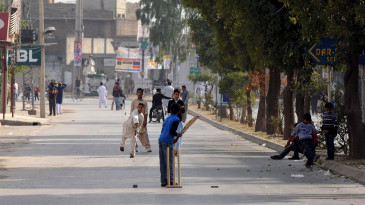