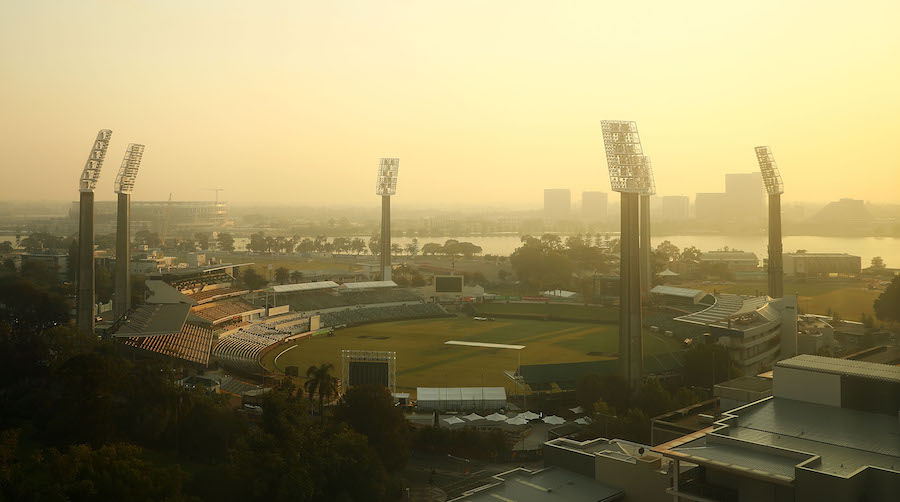 Almost five decades after its first Test, the WACA is about to bid farewell to the format

Once upon a time in Perth

Forty-seven years after its first Test match, the WACA ground will host its last Ashes Test this week. We look back to that historic inaugural game

Geoff Havercroft was a young first-grade cricketer in Perth when Ray Illingworth's England side arrived to play the second Test of the 1970-71 Ashes series. He can still remember the atmosphere in the city on December 11 as the start of that game, the first Test in the city, approached: "There was a tremendous sense of excitement about the event among the wider Perth and regional community, not just the cricketing fraternity." Roads leading to the ground were gridlocked for several hours leading up to the start of the game. The overall match attendance of just over 84,000 stood as a record for over 30 years.

In his review of the Test for Wisden Cricket Monthly, Frank Tyson wrote that "... it was a gala occasion... souvenir programmes were printed and sweepstakes were organised with daily prizes of trips to Test matches in that never-never land of the Eastern States. Country areas donated livestock ... and city firms contributed component parts... Western Australia's first Test was a community effort."

Havercroft, who went on to be a high-level administrator within the Western Australia Cricket Association remembers the Test receiving support from just about every corner of the community, and state and local government. Normal competitions were suspended that weekend to allow as many cricketers as possible to watch the match. "I recall the usual Saturday afternoon metropolitan race meeting had an early start, with the last race completed just beyond noon - to allow many of the racing fraternity the opportunity to attend the Test."

For Western Australia fast bowler Graham Mckenzie, the match came just in time, as he neared the end of a record-breaking international career. "Naturally, it was exciting to play at home and a different experience for me. I was struggling a bit with fitness but did not want to miss the first Test at the WACA. In the end it was my penultimate Test for Australia. It would have been devastating not to play a Test at home after such a long career."

"There was a tremendous sense of excitement about the event among the wider Perth and regional community, not just the cricketing fraternity" Geoff Havercroft

The awarding of a Test to Perth had been a long time coming. Throughout the 1950s and '60s, the WACA made frequent representations to the ACB (Australian Cricket Board) to be included as a Test match venue, Havercroft remembers. While Perth's geographical location may not have helped, the major issue was that back then Sydney or Melbourne had an extra Test for their venue every other five-match series, and neither was keen on giving up their preferred status. The solution was that the 1970-71 series had six Tests. (And as it turned out, one of the two Melbourne Tests that summer was abandoned through rain without a ball being bowled.)

McKenzie suggests that the push for recognition gathered momentum when WA started playing full time in the Sheffield Shield, from about 1957. "We were exposed to more cricket and had a chance of a Test."

Paul Sheahan, part of the Australian batting line-up at the time, recognises the importance of Test cricket reaching the WACA: "Ever since WA had become more successful in Sheffield Shield cricket, they had wanted to shrug off the 'poor relation' tag and stage a Test match of their own. I feel sure that the decision made to hold a Test in Perth was partly to undo the stranglehold that the eastern states had on the ACB and partly to reward WA for the contribution they'd made to the health of Australian cricket on the playing field."

Before England arrived, however, work was needed to bring the rather basic stadium facilities up to Test match standard. McKenzie witnessed the main addition. "A new stand was built, called the Test Match stand - now called the John Inverarity stand." At a cost of circa A$350,000, the stand gave an extra 2500 people a seat protected from the elements. The cost was substantially paid for by public donations. "Other ground improvements were largely cosmetic," Havercroft says. 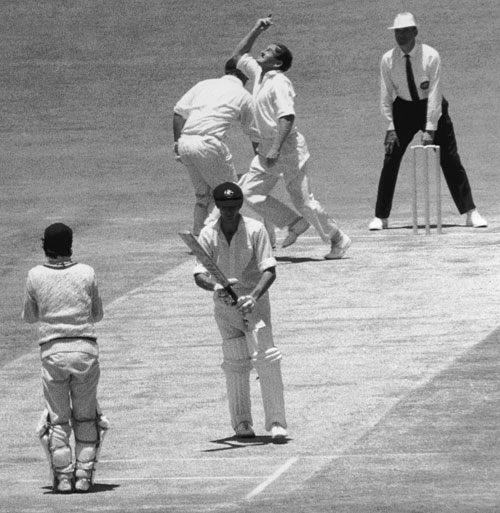 Following a rather dull draw in the first Test, in Brisbane, the England team arrived in Perth to find an atmosphere of feverish anticipation. "It was a very special match for WA cricket followers," McKenzie says. "Being so far away from the rest of Australia, not that many people had been to a Test match previously. We did not even get direct TV coverage until that season, as the technology was not available to transmit across the whole country. I still meet many people who talk about the day they went to that Test match."

Havercroft emphasises the isolation. "Our closest affinity to Test cricket was the tourists playing what was referred to as an Australian XI after the tour openers in the country [one day] and the tourists playing WA [four day]. The loosely called Australian XI comprised eight WA players supported by three players from interstate with a good chance of playing in Tests later in the tour. This gave WA locals about a fortnight of first-class cricket from the tourists immediately after arriving in Australia."

Each team made one change in its line-up for the second Test. England brought in Peter Lever in place of Derek Underwood, while Australia gave a first cap to 23-year-old Greg Chappell in place of Terry Jenner. The omission of two spinners caused surprise at the time - although Sheahan says that the WACA's subsequent fearsome reputation was evident even then. "The Perth wicket has always been probably the quickest and bounciest in Australia, which makes Tony Lock's performances [as a slow left-armer and inspirational captain for WA in the late 1960s] all the more meritorious.

"Its main failing was the fact that wide cracks would appear around the third or fourth day, running the length of the pitch, making batting problematic as the bounce was unpredictable and the ball could jag alarmingly."

"Ever since WA had become more successful in Sheffield Shield cricket, they had wanted to shrug off the 'poor relation' tag and stage a Test match of their own" Paul Sheahan

Havercroft watched as the crowds poured into the ground. "Local hero Graham McKenzie bowling the first ball in our history to the already redoubtable Geoff Boycott will linger long in the memories of those who were there," he says. It was particularly poignant for McKenzie himself. "In hindsight, it is something special to be remembered as the person who bowled the first ball in a Test at the WACA," he says.

Havercroft was working at the time - as an insurance salesman - and was able to watch the pre-lunch session on the opening day and to return for the last hour later in the day. "I watched all of Saturday and Sunday as well as snatches of Monday and Tuesday," he says.

Put in to bat by Bill Lawry, England got to 257 for 2 after the first day, thanks to an opening stand of 171, with Brian Luckhurst eventually scoring 131.

McKenzie remembers it as tough going. "The first day was particularly negative from the England batting, especially Boycott, so it was hard work for the bowlers on such a good wicket when [the batsmen] did not take any chances." Sheahan is more philosophical about England's approach. "Without being at all disrespectful, we more or less expected England to play dourly, but that made the wickets all the sweeter when they fell. I don't think their propensity to play defensively - rather than negatively, necessarily - grated too much. As much as anything, it seemed to be the way cricket was played then." A draw was inevitable, but John Snow (left) didn't ease up on the hostility © Getty Images

McKenzie took four and Australia bowled England out for 397. They then replied with 440 - thanks to two major contributions, from Ian Redpath and Greg Chappell, against the formidable bowling of John Snow. Sheahan remembers Chappell's debut hundred as being "masterly". Ironically, given Sheahan's reputation as an outstanding fielder, his own dismissal came in an unfortunate manner. "I recall doing one of the most stupid things of my career, particularly when continuity was hanging on a thread. Overestimating my speed and underestimating the speed of the rather sluggish Basil D'Oliveira, I thought I could easily make the second run but was run out - without the any need for DRS or anything of its ilk."

A second-innings century from John Edrich ("One of the doughtiest players ever to strap on a pad and a man whom all Australians liked and respected," according to Sheahan) that "earned a little grudging admiration" from Geoff Havercroft - helped the visitors to 287 for 6 declared. With only about 30 overs remaining, the game meandered towards a draw - although this did not stop Snow from unleashing a flurry of intimidatory bumpers, a sign of things to come later in the series.

Although the cricket was often slow, Perth's first Test was judged to be a success and the WACA ground would become a permanent fixture in the Test calendar. "Securing Test match status was probably the last pillar in our strive for recognition," Havercroft says. "I am certain that many youngsters would have, and still do, take inspiration from watching the greats of cricket at the WACA ground in furthering their own cricket ambitions. The world's best cricketers were given the opportunity to play at arguably the most unique venue of all Test match nations."