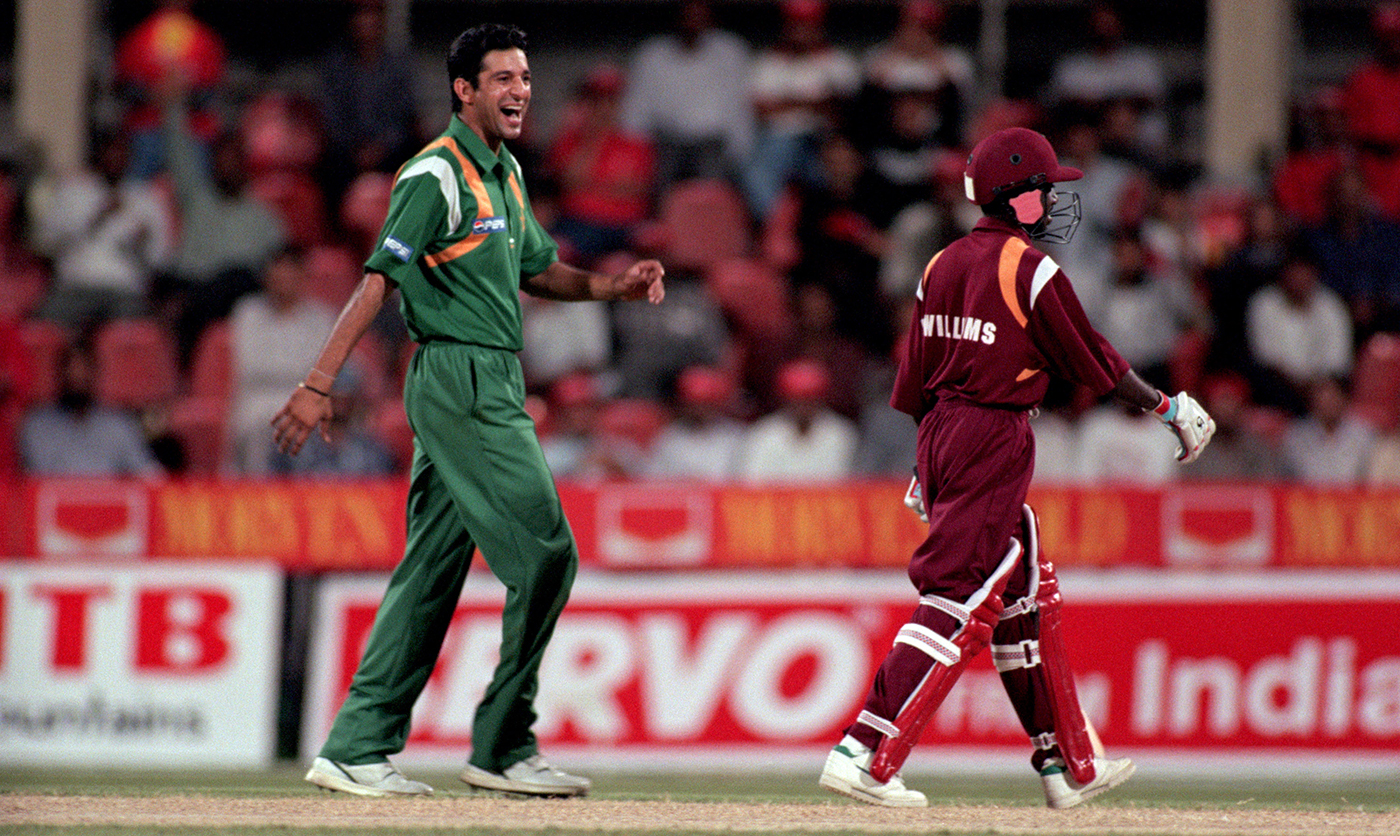 My grandfather was one of those soft-spoken men who turned into a blabbermouth when cricket was on. Thieves, swindlers, politicians, quacks - none of them provoked him enough to pass comment. Cricketers somehow awakened his inner animal.

Watching games on TV he would grit his teeth and knot his fists. Players he loved - mostly men from the Caribbean - were never at fault, however badly they batted or bowled. Players he disliked - mostly men who did well against his buddies from the Caribbean - were scum of the earth who had no business being within a hundred metres of a cricket field. Any umpire who dared to declare Viv Richards out was a "fraud". Any bowler who got him out was interfering with the natural order of the universe. When Ravi Shastri made the grave mistake of dismissing Richards, he was branded a makku plastry, a stupid idiot, "who has no better work in life".

Shastri wasn't a major threat, though. My grandfather knew that it wouldn't be long before his beloved Gordon and Dessie and Richie and the King and Hoops devoured those slow left-arm "lollipops". There was no need to waste his fury on Shastri.

After all Shastri was no Wasim Akram, the cricketer who could invade my grandfather's headspace, alter his mood, ruin his appetite and mess with his sleep. Akram was a menace. You knew he had been brought into the attack when my grandfather buried his forehead in his palms and screamed "akramam", the Tamil word for "atrocity". Each time Akram beat the bat and stood mid-pitch with his hands on his hips - no doubt baffled that the batsman was not even good enough to snick this routine awayswinger - my grandfather would point to the TV and yell, "Go back and bowl, nonsense fellow." If Akram let out an appeal, and followed that up with a vociferous re-appeal, he would be told to shut his mouth and accept the decision.

Wasim Akram, the cricketer who could invade my grandfather's headspace, alter his mood, ruin his appetite and mess with his sleep

You see, deep down, my grandfather was shit-scared of Akram. His angular approach to the crease, the parabolas the ball traced when it left his hand, the deathly dip as it homed in on toes: these were tricks even his great Caribbean pals weren't expert in. When a bare-headed Richards was set on 67 in a World Cup match, ready to free his arms in the end overs, bowlers were meant to quiver with fear, resigned to have their careers cut short. Not 21-year-old Akram. He glided in from over the wicket, saw Richards step away and knocked the leg stump out of the ground. My grandfather couldn't blame the umpire or the pitch or the conditions. It was obvious that Richards had been outdone.

As much as I revered my grandfather - and as much as I wanted to share his hate for Akram - I was annoyed by his West Indies obsession. Here was a team that repeatedly beat India to pulp. Their bowlers flung the ball at great speed from an unfair height. Their batsmen didn't even care for helmets when they played us. So what better way to register my protest than to cheer Akram?

Matters got dicey in late 1989, when Pakistan needed three runs from two balls to win a pulsating Nehru Cup final in Calcutta. Richards was the bowler, Akram the batsman. My grandfather prayed to several gods for the King to wipe out the atrocity that confronted him. Crouching near the sofa, I silently hoped Akram would settle the matter. Richards floated across a full toss. Akram backed away and launched the ball into orbit, not in the least concerned that me jumping up and down the hall would fully wreck my grandfather's evening.

My fascination with Akram was perhaps rooted in how freakish he was. Most cricketers I could imitate when messing around with my friends in the park. There was Srikkanth's stance and his twitchy sniff, Kapil's Natraja pull, Azhar's whip with his tongue out, Shastri's chapati shot. Akram was from a different planet. His bowling action was out of reach, and when I tried batting left-handed, brushing my hair back (even though it made a boy with a crew cut look idiotic) it was hard to middle the ball, let alone loft it over midwicket. 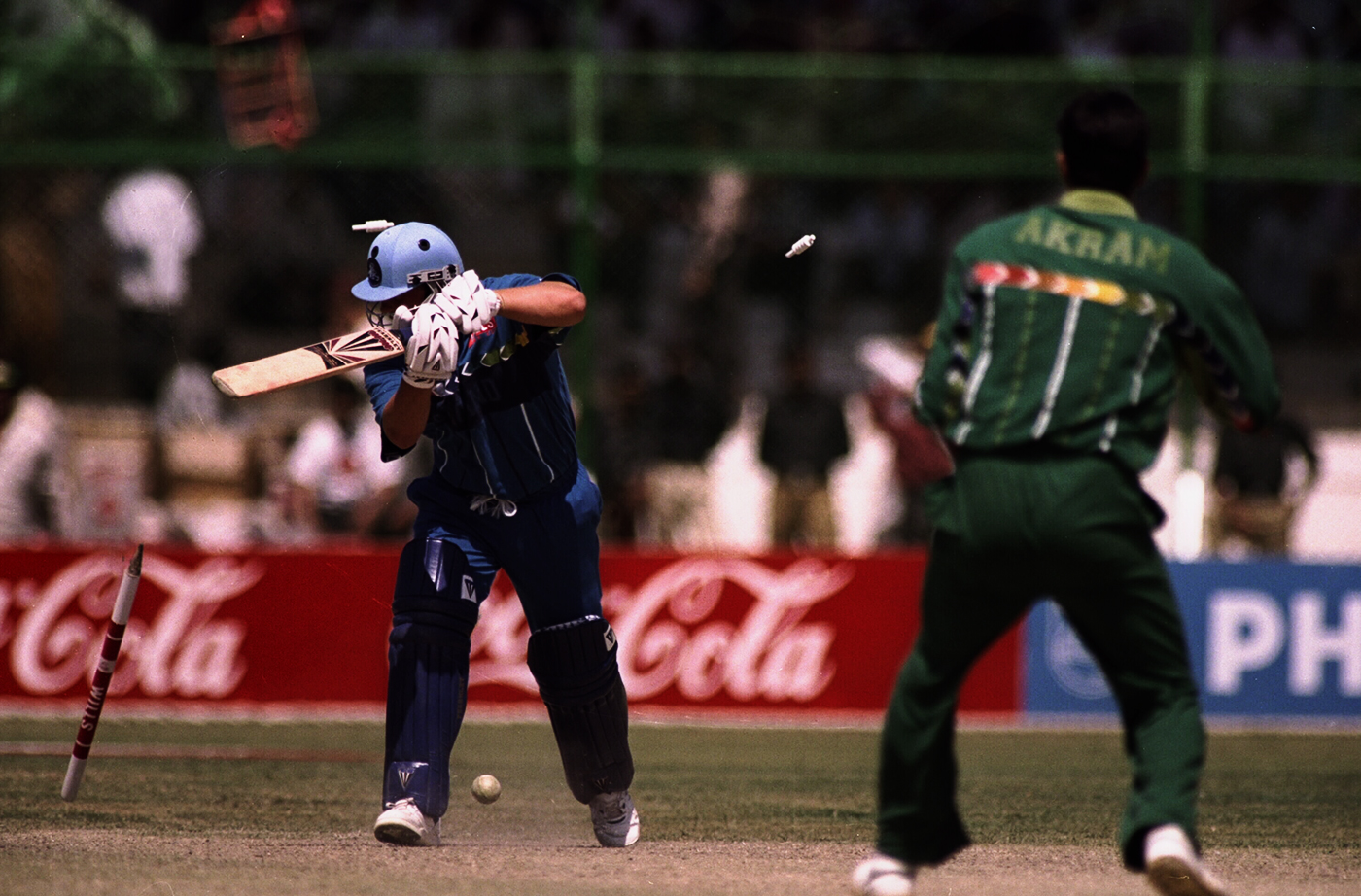 And how about his atrocious treatment of cricket stumps? © Getty Images

Keep in mind this was the late '80s and early '90s, when we kids yearned for an Indian bowler to terrify opponents, when selectors searched far and wide for the next Kapil, and when newspapers carried stories of how we may have finally found a spearhead in Rashid Patel. Or Salil Ankola. Or Vivek Razdan. Or Atul Wassan. Or Bhupinder Singh Sr. Or Prashant Vaidya. Meanwhile Akram began to get on my nerves with his mastery. He harassed West Indies both home and away, bullied Australia in their backyard, left England gasping for breath with reverse swing and used New Zealand's batsmen for yorker practice wherever they turned up. Plus, he made crucial runs from the lower order, laughing at our expense. How's that search for the next Kapil going, chaps, he seemed to be saying after every rapid thirty.

One of the last matches my grandfather watched was the World Cup final in 1992. His health had deteriorated by then and cricket didn't excite him as much anymore. He kept silent for most of the game and took a nap midway through the Pakistan innings. The only time I got a glimpse of my grandfather of old was during the two magic balls that Akram conjured. The Lamb wicket drew out a handclap but it was the Lewis wicket that got his eyes to bulge and made him announce: "Game over."

He had seen the world's best bowler take over the biggest stage. And given all he had seen of Akram, he knew it was curtains.

Years later, when in Lahore to cover an India tour, a couple of us sought out Justice Malik Mohammad Qayyum to talk about match-fixing, and the report he had submitted in 2000. We didn't anticipate anything new to emerge - and I remember turning on the Dictaphone as an afterthought - but there he was, admitting to having had a "soft corner" for Akram and that he hadn't wanted a "great player" like him to be banned, especially towards the end of his career. This was a bizarre confession at the time, and it took me a few days to get over the shock (and the thrill of having landed the scoop). I was disturbed that a bowler as extraordinary as Akram would have cared for low lives like bookies and fixers. But, now that I look back, it was also incontestable evidence of Akram's universal appeal: for those like me who were awestruck, those like my grandfather who hated his guts and those like Justice Qayyum who sat in judgement. 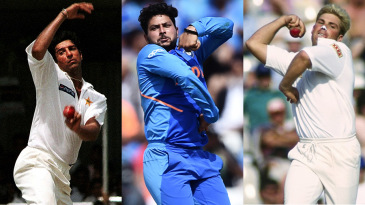 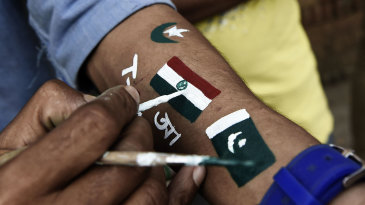 Hating to love the rivalry that arouses strong passions in Dhaka 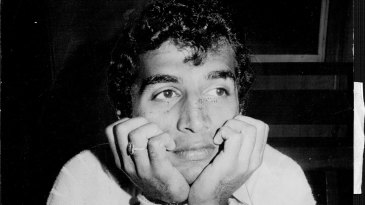 Sunny, Gramps and me

Why does Gavaskar always have to be a grouch or worse? He was so much cooler back when he was playing