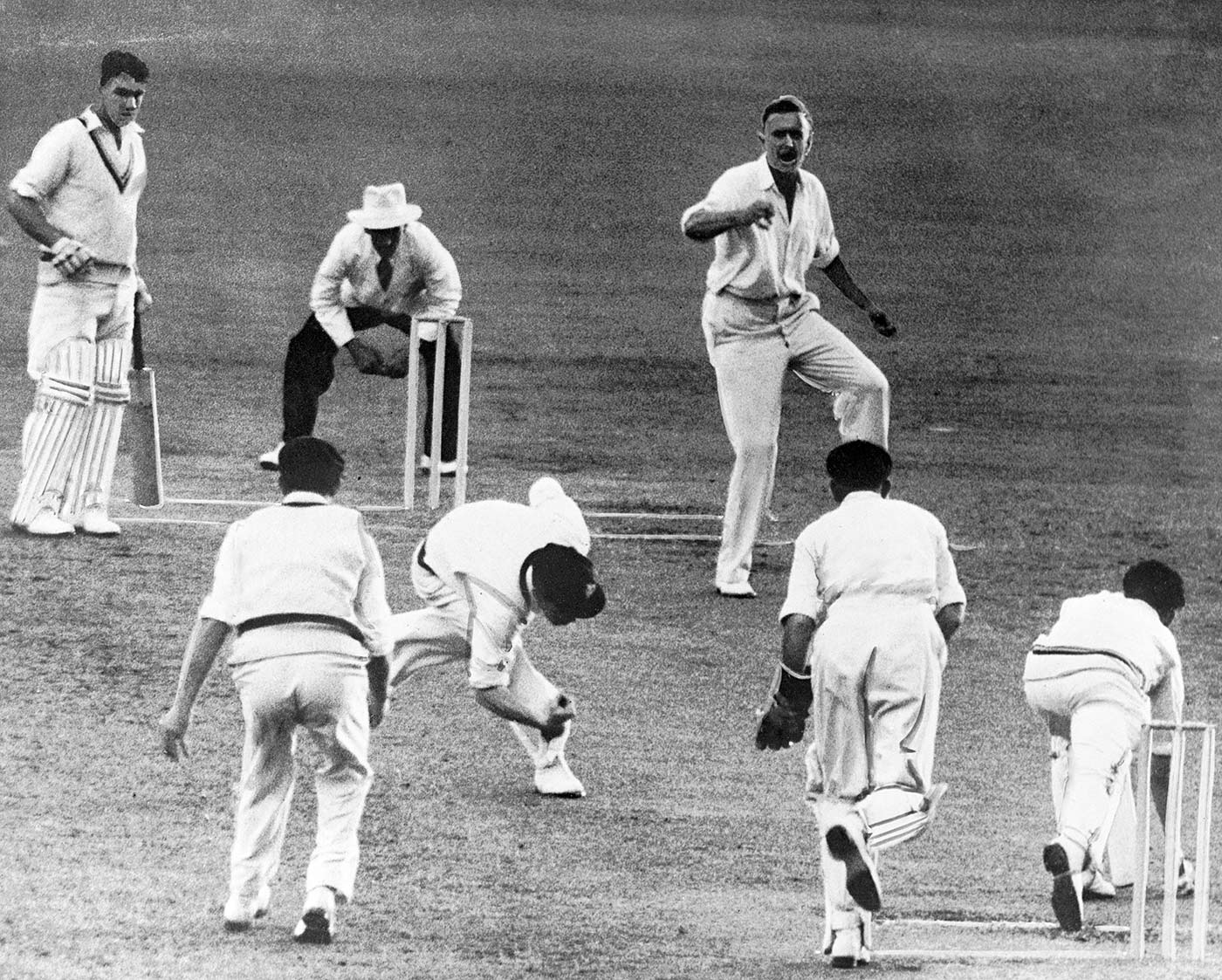 1950-51
England had high hopes in the first Ashes series for more than 20 years in which they didn't have to cope with the run machine that was Don Bradman. They also possessed his successor as the world's best batsman, Len Hutton. And England started well, skittling the Aussies for 228 on a good batting track in Brisbane. But then it rained… and rained. The pitch wasn't covered back then, and when play resumed after lunch on the third day 20 wickets clattered for just 102 runs on a devilish pitch, known as a "sticky dog".

It's one of the oddest-looking Test scorecards of them all: England limped to 68 for 7 before declaring to get Australia back in, they crashed to 32 for 7 before declaring themselves, and then England - set 193 - nosedived to 30 for 6. In a desperate attempt to save him from the worst of the conditions, Hutton was held back to No. 8, but England still lost despite his masterful 62 not out on the fourth morning.

England also ran into the anti-Bradman: 35-year-old Jack Iverson couldn't bat and couldn't field, but his puzzling spin - he propelled the ball with his middle finger as if flicking a pea off a knife - brought him 21 wickets at 15 in what turned out to be his only Test series.

1958-59
England had been almost untouchable in the second half of the 1950s, routinely winning at home. And a side containing several big names - Peter May, Trevor Bailey, Godfrey Evans, Jim Laker, Frank Tyson, Brian Statham and Fred Trueman among them - was expected to continue that run against an Australian team under a new captain, Richie Benaud.

The opening encounter, at the Gabba - the first Test televised in Australia - was an attritional affair. Australia eked out a lead of 52 after England managed only 134, then Bailey dropped anchor for the slowest half-century in first-class history. It took him 357 minutes, and England crawled to a lead of 146. Australia's opener Jim Burke replied in kind, anchoring the victory push with a yawnsome 28 not out in more than four hours. 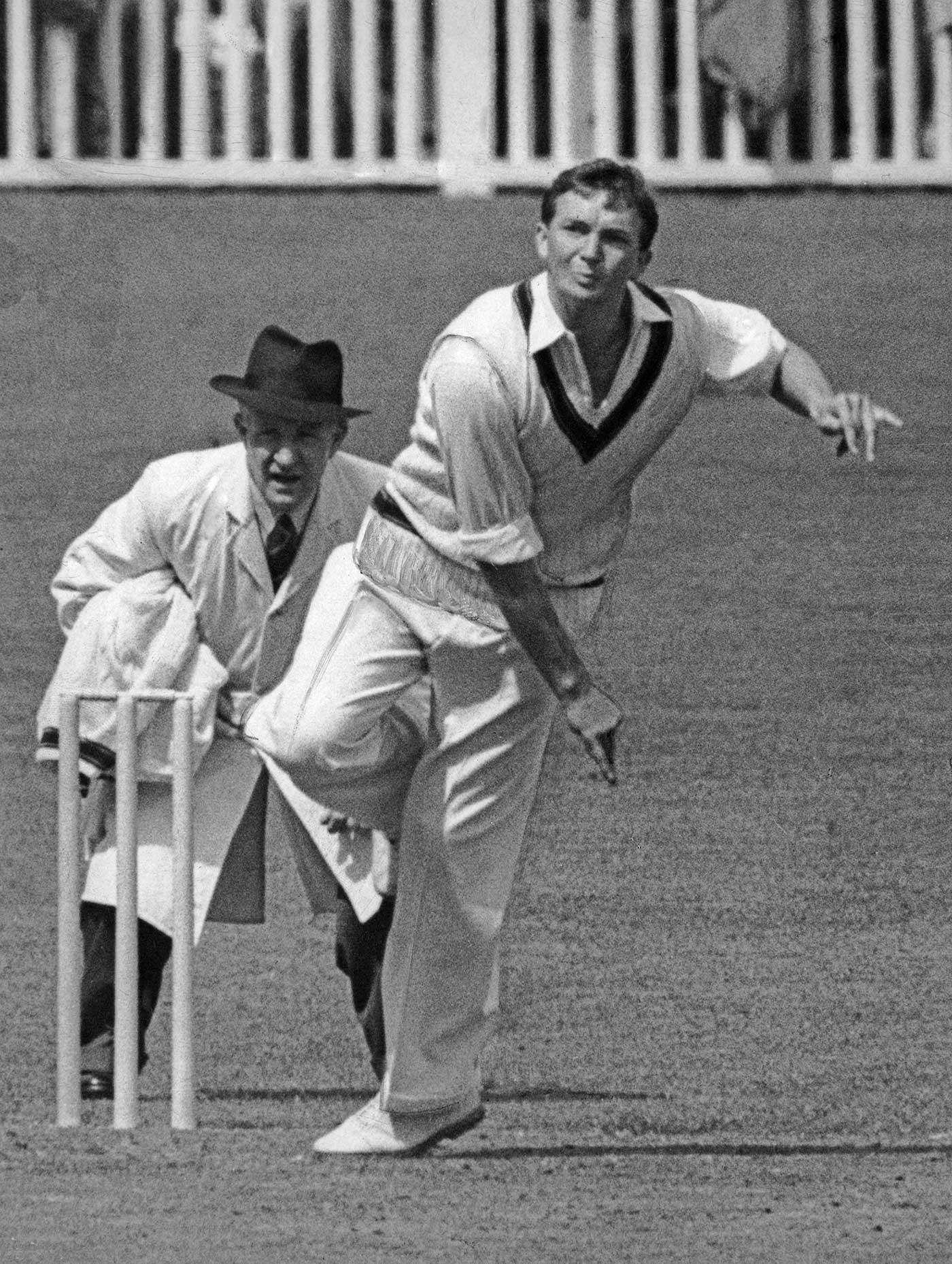 Benaud, with seven wickets, did most of the damage in Brisbane, but as the series progressed, the controversial actions of some of Australia's other bowlers hogged the headlines. Ian Meckiff's 6 for 38 set up another victory in the second Test, and there were telling contributions later from the gigantic Gordon Rorke, who not only bowled with a suspiciously bent arm but dragged his back foot way through the crease. Encouraged by one well-meaning adviser to play forward, Colin Cowdrey said: "There's one snag. If I put my left foot down the pitch I'm scared that Rorke might tread on it."

It all added up to a 4-0 victory for the Aussies - Jack Fingleton called his tour account Four Chukkas to Australia - and the end of several of those storied England careers.

1974-75
There had been the usual bluster in the build-up to the Ashes, but England - captained by Mike Denness - had not taken much notice. After all, a lot of the hot air had come from Dennis Lillee, a thrilling sight in England in 1972 but sidelined since by a career-threatening back injury. And no one knew much about Jeff Thomson, except that he'd had a spectacularly ineffective debut a couple of years earlier, taking none for 110 against Pakistan.

But Thommo had played that game despite a broken foot. And in the second innings in this Brisbane match, the hurricane hit: the fit-again Lillee a constant threat, and Thomson tucked in with 6 for 46. England were all out for 166, and lost by 166 runs. "The batsmen were clearly surprised by how quick I was," said Thomson. "They thought 'We'll keep Lillee out and then work on this bloke', but they got the shock of their lives." 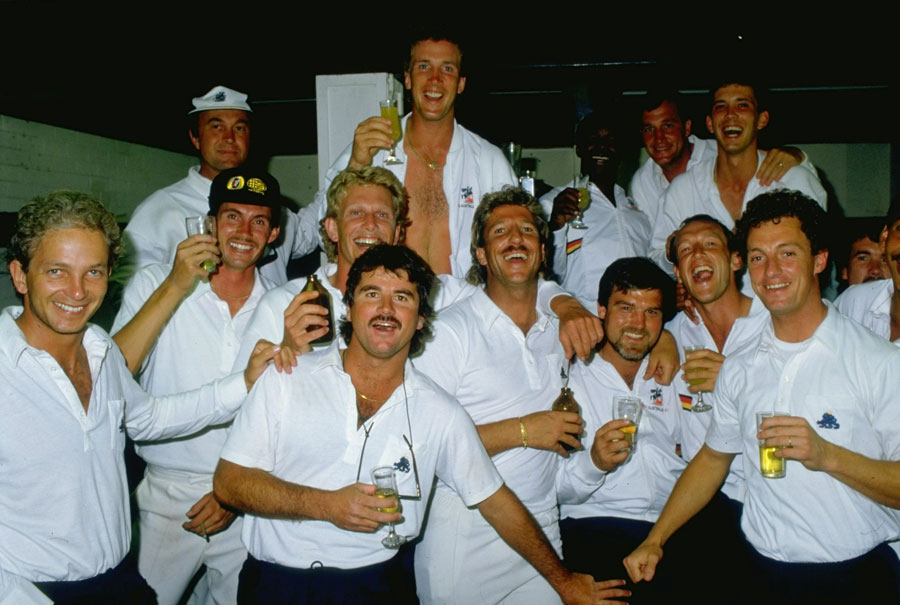 The shock lasted most of the series. Thommo took 33 wickets, and Australia led 4-0 before he injured his shoulder playing tennis and missed the final (sixth) Test, which England won. How fast was he? The in-match speed-gun was still to come, but during World Series Cricket, Thomson won a bowling competition against some of the fastest around, clocking 99.6mph. Len Pascoe, no slouch himself, recalled that Thommo was "full of beer and seafood", and added: "The radar-gun they used was measuring the speed at the batsman's end, not out of the hand like now. And I've seen him bowl much faster than that…"

1986-87
England had been in all sorts of trouble in the build-up to the first Test, which culminated in Martin Johnson, one of the visiting journalists, famously observing that Mike Gatting's side had only three major problems: "They can't bat, they can't bowl, and they can't field."

But everything came right at the Gabba. Ian Botham smoked a superb century - especially hard on the young Merv Hughes - as England made 456, then Graham Dilley took five wickets as Australia subsided for 248. They had to follow on for the first time in a home Ashes Test since 1965-66, and managed to get only 74 in front, thanks to a patient century from Geoff Marsh (the father of current internationals Shaun and Mitchell). John Emburey was the bowling star this time, with 5 for 80, which included his 100th Test wicket.

England never looked back: Stuart Broad's father Chris scored a century in each of the next three Tests, and the Ashes were secured with a three-day victory in the fourth Test, in Melbourne. By the end of the series, Johnson was able to say "Right quote, wrong team." Can we touch you there? Strauss soaks up the adulation at the Gabba in 2010 Quinn Rooney / © Getty Images

2010-11
After a 5-0 shellacking in the previous Ashes series down under, in 2006-07, things looked ominous for England when they subsided for 260 on the opening day in Brisbane. Their captain, Andrew Strauss, fell in the first over for a duck, and Peter Siddle took a hat-trick on his birthday. Things looked worse still when Australia - at one stage 143 for 5 - took a big lead thanks to a huge partnership between Michael Hussey, who made 195, and Brad Haddin (136).

England were batting again - 221 behind - before the end of the third day, and another morale-sapping defeat at the "Gabbattoir" looked inevitable. But on a pitch where fast bowlers usually hold sway, none of them took a wicket: only one went down on the fourth day (to part-time offspinner Marcus North) and none at all on the fifth. England pressed on to 517 for 1, only the sixth time any side had passed 500 for the loss of only one wicket in Test history.

Alastair Cook finished unbeaten with 235, after stands of 188 with Straus and 329 with Jonathan Trott. "Cook played shots he can hardly have played for years," wrote Gideon Haigh. "It was like someone rummaging through their favourite old clothes and deciding: yes, I used to really like that." It kicked off a golden summer for Cook, who amassed 766 runs as England won 3-1. 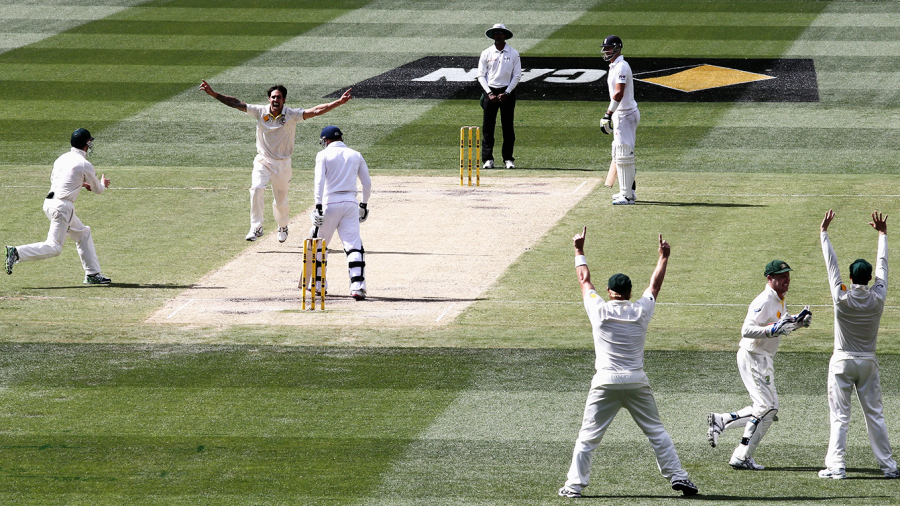 Horrible Ashes moments that don't let you sleep at night. Or in the day 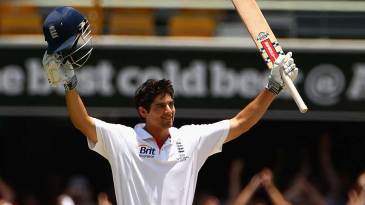 England fear nothing about the challenge that awaits them on this tour. The only way they'll be beaten is on the field, not in the head