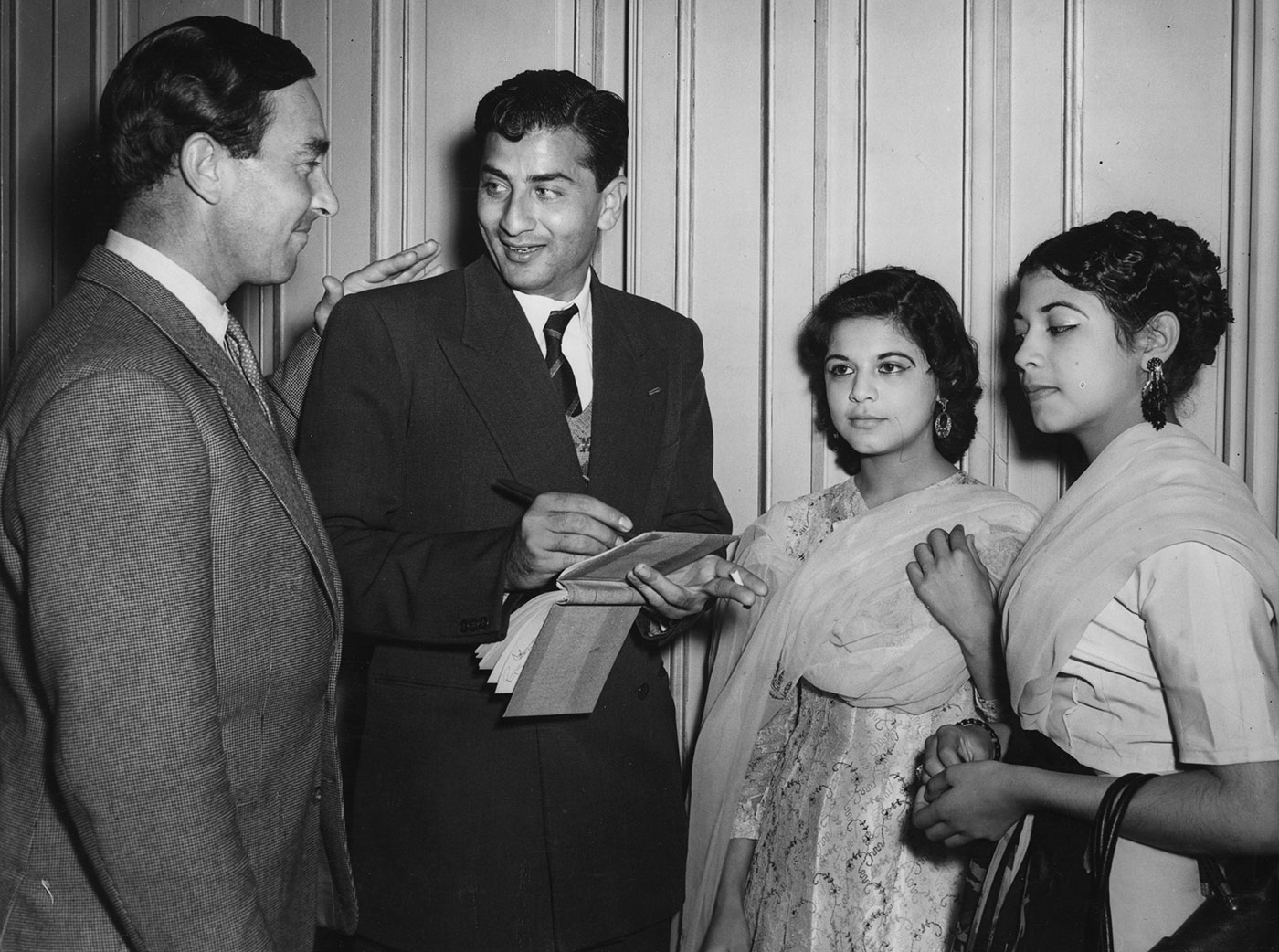 Faz times: Denis Compton greets Fazal Mahmood as he signs autographs at a reception at the Pakistan High Commission in London, 1954

Fazal, Dolly, Muddy, and that evening in Karachi

Five thrilling Test match encounters between England and Pakistan, featuring run-outs, extras, and a phone call to a Duke

The Oval, 1954
"For God's sake, I cannot wait for this to finish so we can go back." So, after the opening day, confessed Pakistan's captain Abdul Kardar. His dismay was unsurprising. All out 133 was firmly in keeping with the tourists' batting form: the previous three Tests - two of which had been ruined by rain, with England winning the other by an innings - had yielded scores of 87, 157 and 90. At a diplomatic function, the young nation's High Commissioner had described Kardar's men as "rabbits". Nor was Kardar enamoured by a patronising home press. Now, in the final encounter of only Pakistan's second series, more of the same seemed inevitable.

Enter a policeman, Fazal Mahmood. Six scalps for those fiendish swingers and cutters on a drying pitch left England trailing by three. A brief assault by opening prodigy Hanif Mohammad and an unbeaten 42 from his brother Wazir set up a target of 168, whereupon Fazal surged back into action. For the second time in the contest he bagged the meat of the home order, Len Hutton, Peter May and Denis Compton, ultimately grabbing another six-fer to earn victory by 24 runs - precisely as many as Pakistan's final pair had stolen. Aghast that Radio Pakistan could only broadcast the BBC commentary after lunch, Pakistan's defence secretary phoned the Duke of Edinburgh, who had a word in the appropriate ears.

Headingley, 1971
There must have been something in that Yorkshire water. Two years before, West Indies, chasing 303, had needed 84 more with seven wickets standing when Ray Illingworth began shuffling his attack like a Las Vegas croupier. The result was an England victory by 30 runs. Now, despite Geoff Boycott's 112 ("My own form that season was superlative," he would write, with all due modesty), Pakistan were in the box seat: pursuing 231 to win the series, and thanks to the youngest of the five cricketing Mohammads, Sadiq, scenting the spoils at 160 for 4.

At one point Intikhab Alam's side had slumped to 65 for 4, but Sadiq and Asif Iqbal added 95. Even when the latter went, Sadiq persisted, putting on a further 24 with his captain to cut the needful below 50. Then Basil D'Oliveira, who had earlier scored 74 and 72, sent back both partners in the space of five balls. Next, Illingworth played his trump card, Peter Lever, whose new-ball burst swept away the last three men in four balls to seal victory by just 25 runs. Captains really can win matches. 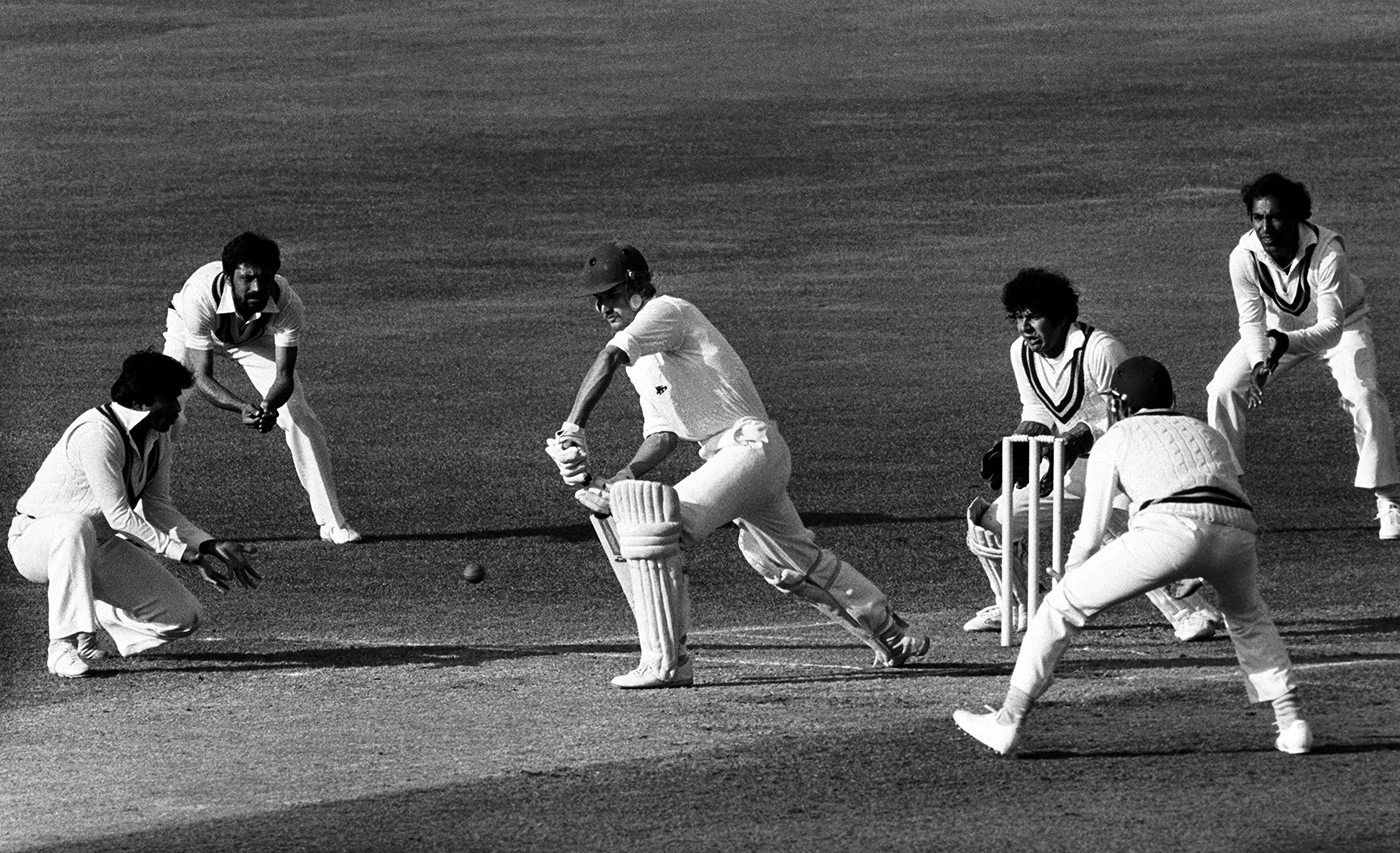 Headingley, 1982
A rollercoaster chapter in this rugged rivalry had seen England take the first Test by 113 runs and Pakistan the second by ten wickets, leaving the series exquisitely poised. Half-centuries from Mudassar Nazar, Javed Miandad and Imran Khan led Pakistan to 275, good enough for a lead of 19 after David Gower (74) and Ian Botham (57) had enjoyed one of their rare rewarding partnerships, but when Bob Willis removed both Pakistan openers for ducks, it was advantage England. Another fifty by Miandad, and Imran's 46 could only drag the tourists to 199, and when Chris Tavaré and Graeme Fowler set off in pursuit of 219 by passing 100 without a scratch, only one result seemed feasible.

Mudassar had other ideas. At Lord's his 6 for 32 had left England mesmerised and thrashed; now, after Imran reduced the home team to 172 for 2, he struck three times in 16 balls, including Fowler for 86, and then picked up Botham on the final morning. At 199 for 7, Pakistan could still smell their first series win over England, but Vic Marks and Bob Taylor nudged their side across the line. Having donated 66 extras in the game and 221 in the series, five more than any home batsman, Imran and Co had every reason to beat themselves up.

Edgbaston, 1987
As final afternoons go, this took some beating. One up in the five-match rubber after romping home at Headingley, Pakistan were preserving their lead with ease come stumps on day four: having seen England make 521 in response to their 439 (Mudassar and Mike Gatting collected 124 apiece, the latter atoning for having put the opposition in, a decision that prompted headlines such as "Cap'n Cock-Up" and "Gatt the Pratt"), there they were, 38 without loss, the draw odds-on. Then it all grew a bit surreal.

Nine wickets fell after lunch on day five and Pakistan dwindling to 205 all out in the face of some superb fast bowling by Neil Foster, but even then stalemate beckoned. England, after all, needed 124 from 18 overs, and Gatting's side, winless at home for two summers, were not exactly renowned as voracious hunters, or even belligerent. Undaunted, Chris Broad marched away with 30 as the first five overs brought 37. England were on schedule after nine, but three run-outs checked their momentum and they fell 15 short with seven wickets down. Small wonder the last ball found Pakistan celebrating; their maiden series win in England would follow. 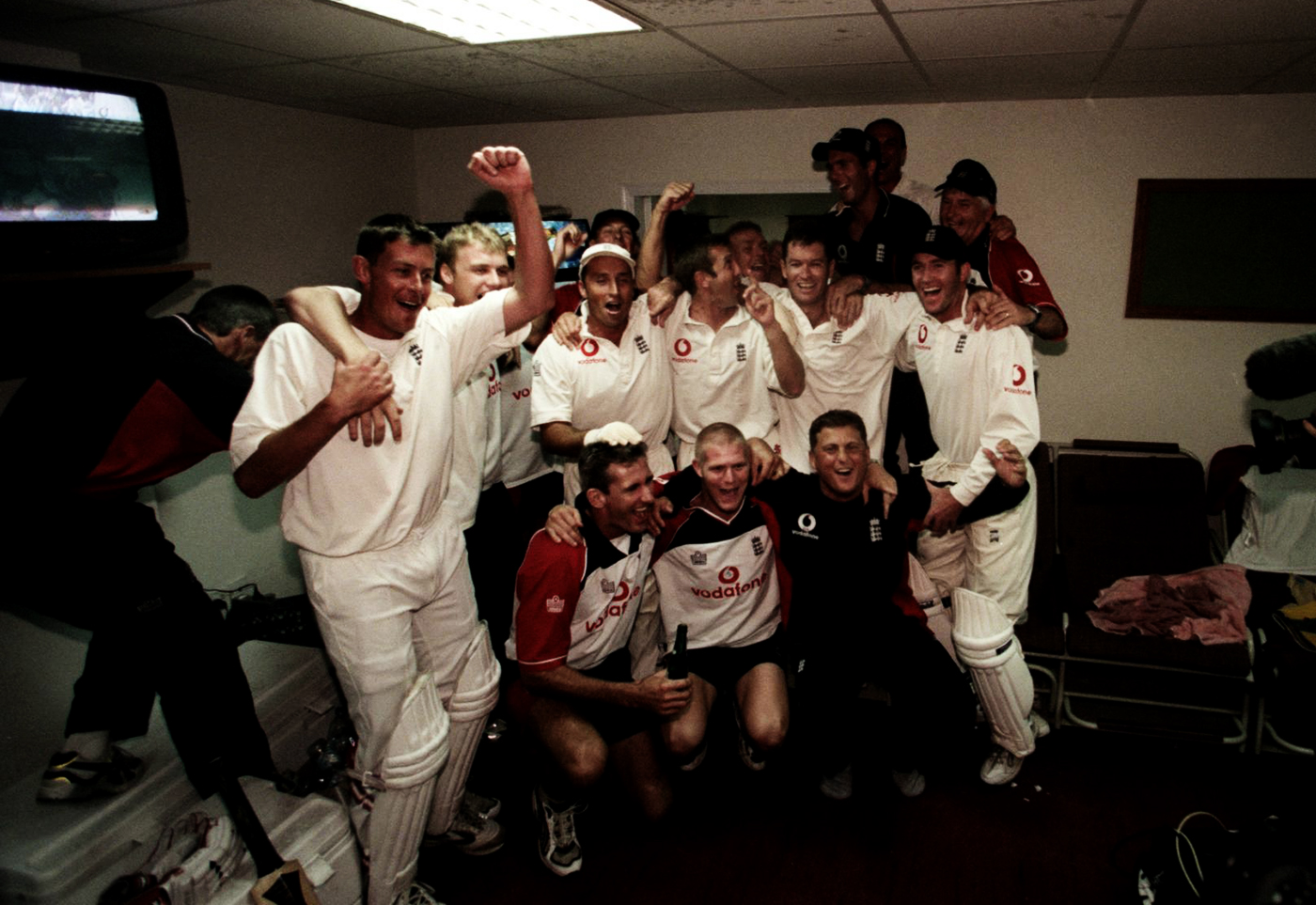 Karachi, 2000
Deeply unfancied, England somehow arrived at the third and final Test with a chance of wresting the series, but that looked improbable when Inzamam-ul-Haq and Yousuf Youhana (pre-Mohammad Yousuf) were adding 259 on a ground where Pakistan had never lost a Test. Ashley Giles, however, picked up four wickets with his left-arm spin as the last seven wickets plummeted for 82, and Nasser Hussain's side climbed within 17 of Pakistan's 405, thanks to Mike Atherton, whose painstaking, near-ten-hour 125 featured 350 dot balls and was depicted in the Daily Telegraph, somewhat unpatriotically, as "insufferable viewing".

Atherton's value was amplified on day five, when Pakistan shed their last six for 30 in the face of Giles' guile and Darren Gough's variations, but a target of 176 in a minimum of 44 overs appeared distant as Saqlain Mustaq spun out Atherton, Marcus Trescothick and Alec Stewart. Joined by Graeme Hick (40), Graham Thorpe (64 not out) steered the boat back to calmer waters, combining for 91. By then, though, Moin Khan had appealed three times for bad light and Hussain "couldn't see a thing", but he and Thorpe saw England home. Thorpe edged the concluding runs, the fielders convinced he'd been bowled until the ball was finally found.

Rob Steen is a sportswriter and senior lecturer in sports journalism at the University of Brighton. His latest book is Floodlights and Touchlines: A History of Spectator Sport 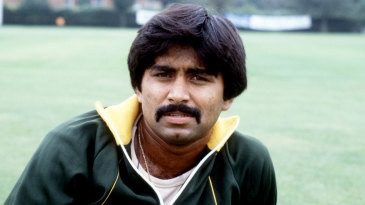 Book extract: The Unquiet Ones: A History of Pakistan Cricket

Pakistan's greatest batsman turns 60 today. This book extract examines his need to be respected but also to always be the victim 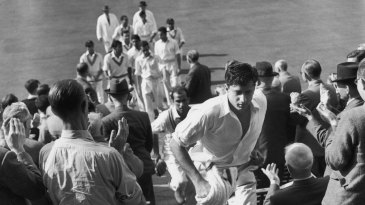 Sixty years ago, Fazal Mahmood inspired Pakistan to an incredible triumph against England