Ronaldo or Messi: who'd be the greater cricketer?

It's World Cup time in the other sport, so we're picking five footballers who could be cricketers, in an alternative fantasy world. Just go with it

Johan Cruyff
What are the cardinal principles of good batsmanship? Technical ability, certainly. An awareness of space and ability to pick a gap. Some measure of artistry (perhaps). Stillness. Composure. I think we're going to need a Dutchman - all the more so given the KNCB is the second-oldest national cricket board in the world, after the MCC. My first instinct here was to go for Dennis Bergkamp, who measured angles likes a human protractor, but his aversion to flying would not help with cricket's relentless global calendar. Let's defer to an expert, the author of Brilliant Orange: the neurotic genius of Dutch football, David Winner: "The ultimate space-measurer in Dutch football is, of course, Johan Cruyff." If any footballer was well matched to appreciate the cerebral qualities of cricket, then surely it would be Cruyff, the pioneer of "Total Football" and one of the most important thinkers in his sport. Picture the scene: a floppy haired Cruyff, shirt collar wide open and a cigarette behind the ear, spindly limbs bent over the bat as he manipulates the field to his requirements, all languid flicks and precision driving; a classic captain-coach supremo (although somewhat removed in philosophy from Ray Illingworth), conducting his players like an orchestra and always several steps ahead of the opposition. The inventor of the Cruyff turn would surely be good for a few overs of crafty spin, too. But you suspect T20 would have been beneath him. Roundhouse Ronaldo: will give you flair and plenty of drama © AFP/Getty Images

Cristiano Ronaldo
The end point for almost any football debate these days seems to be a binary question: Ronaldo or Messi. Here at the Cricket Monthly, we are not immune. Both would clearly have impeccable footwork at the crease, but what other cricketing strengths can we infer from their mesmeric abilities with a pig's bladder? The more diminutive Lionel Messi, with his magnetic ball control and rubber-limbed manoeuvrability, has the air of a South Asian stylist, piling up runs and purveying some part-time bamboozlement with his legspin. But with cricket being such a mental game, I'm going for the big-game temperament of Ronaldo, a box-office allrounder with the arrogance and flair of Viv Richards in his pomp. A supreme athlete, Ronaldo would bat, bowl and field with an aura of ill-concealed contempt for those around him - making him perfectly suited to cricket's vexed individual-within-a-team dynamic (imagine him saying "it's tough being me in this dressing room" in a Kevin Pietersen accent and you'll know what I mean). Pace, power, two good feet, strong in the air, a hot-blooded galactico who loves the centre stage, he is a globe-trotting T20 superstar in the making and the perfect candidate to bring a footballing flavour to the IPL. Likely to usurp Moises Henriques as cricket's favourite son of Portugal. Jorge Campos
One obvious area of crossover is the goalkeeper/wicketkeeper position. Now, you might think that the highest priority here is a safe pair of hands, someone like Gianluigi Buffon or David de Gea, who rarely ever lets anything through - but, just as Pep Guardiola wants a stopper who is also good with his feet, the modern wicketkeeper has to earn his place in the side through runs as much as glovework. That brings us to the peculiarly South American niche of goalkeepers who were also pretty useful at banging them in. Out in front is Brazilian Rogerio Ceni, who scored more than 100 times during his playing career, overtaking Paraguay's famous free-kick expert Jose-Luis Chilavert. But since our keeper is going to spend his days crouching behind the stumps, rather than leaping for the top corner, we want someone on the shorter side. Step forward, Jorge Campos, Mexico's flamboyant goalie of the 1990s. Officially 5ft 9in (although probably closer to 5ft 6in), Campos was a good enough outfield player to be deployed as a striker early in his career and once scored 14 goals in a season. As befits a goalkeeper with a hankering to go up front, Campos would surely have been a crowd-pleasing batsman, always looking to hit over the top; and given he was renowned for wearing garish jerseys (which he designed himself), he pretty much comes kitted out for one-day cricket. Roberto Carlos
Any good attack needs bowlers who can make the ball move off the straight - and when it comes to footballers with a verve for swerve, look no further than Brazil's Roberto Carlos. Sure, there were other players who could curl a free kick more consistently, or locate their target with greater accuracy, but no one else could produce quite the visceral thrill of Carlos' 40-yard effort against France in 1997 - a footballing equivalent of Shane Warne's "Ball of the Century", although the magic was more swing than spin. It was a viral moment long before the concept meant anything other than a threat of measles, deconstructed in newspaper graphics and shoddily recreated in school playgrounds the world over, as those with left feet only good for standing on repeatedly shanked over the fence. "Although physics explain perfectly the ball's trajectory, the conditions in that moment, such as the power of the kick, the point of impact of Carlos' foot on the ball, and the distance to the goal, were so rare that we can call that a miracle," physics professor Luis Fernando Fontanari told ESPN last year. Carlos may not have quite known how he managed it himself, and there were few repeats - although he did score with a similar, running "banana" shot from the byline in a league game for Real Madrid - but then the science of swing bowling is pretty mysterious too. With a bit of coaching, this Samba southpaw could bend it like Wasim. Claude Makelele
Okay, so we're covered for joga bonito, but every cricket team from the village green to Lord's must have substance to back up its style. It's time to focus on the engine room. Who is going to build partnerships and keep the innings ticking over with well-judged singles? Who is going to set the tempo for a run chase, or provide valuable overs during a long, hot day in the field? When France midfielder Claude Makelele left Real Madrid for Chelsea in 2003, the Spanish club's president, Florentino Perez, was dismissive: "We will not miss Makelele. His technique is average; he lacks the speed and skill to take the ball past opponents, and 90% of his distribution either goes backwards or sideways." Real subsequently went four years without a league title, while the eponymous "Makelele role" became one of the key tactical features of the decade. Like a French Paul Collingwood, Makelele is the glue in our middle order, doing the unglamorous work that makes the team better overall. And as Collingwood would most likely tell you, technique, speed and skill are overrated in comparison to being a nuggety blocker who knows his game inside out. Plus, if you're lacking in pace, a bit of sideways movement never goes amiss.

Alan Gardner is an associate editor at ESPNcricinfo. @alanroderick 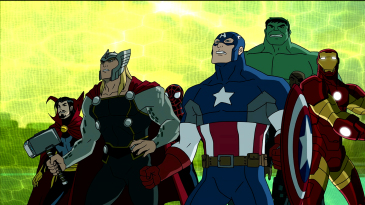 The battle for bronze

Football and basketball take the top two spots, but what is cricket's place in the sporting universe? Five US legends who should have given cricket a go