We look at farewells in cricket Alastair Cook had the sort of farewell that Hollywood would be envious of (unless you are the type who likes to end your movies with people turning to dust) - a big hundred at home, in front of friends and family (Dominic Torretto would approve), in a victory that caps a successful season. But perfect endings are rare in sport, and that's probably why they are way more satisfying than the ones in movies, Easter eggs and all.

In cricket, till the 2000s, farewells, unless you were Don Bradman, mostly meant you stopped getting calls from the selectors - although there were benefit matches and seasons as you closed in on retirement age.

The grandest goodbye in recent times was received by Steve Waugh, who announced his decision to quit before the start of the home series against India in 2003-04. Fans had 20 days - four Tests, all of which went to day five - to see him off in style. In the picture above, Waugh goes out to bat in his last Test innings, at the SCG. He made 80. While spectators show their appreciation for the out-going player with standing ovations, chants, songs and posters, cricketers, team-mates and those in the opposition, often show theirs with a guard of honour: here, Pakistan wicketkeeper Batool Fatima walks through one from the Sri Lankan players after she called time on her 13-year international career at the end of the 2014 World T20. In Bradman's time, it was more common for the opposition to raise their caps and give three cheers. 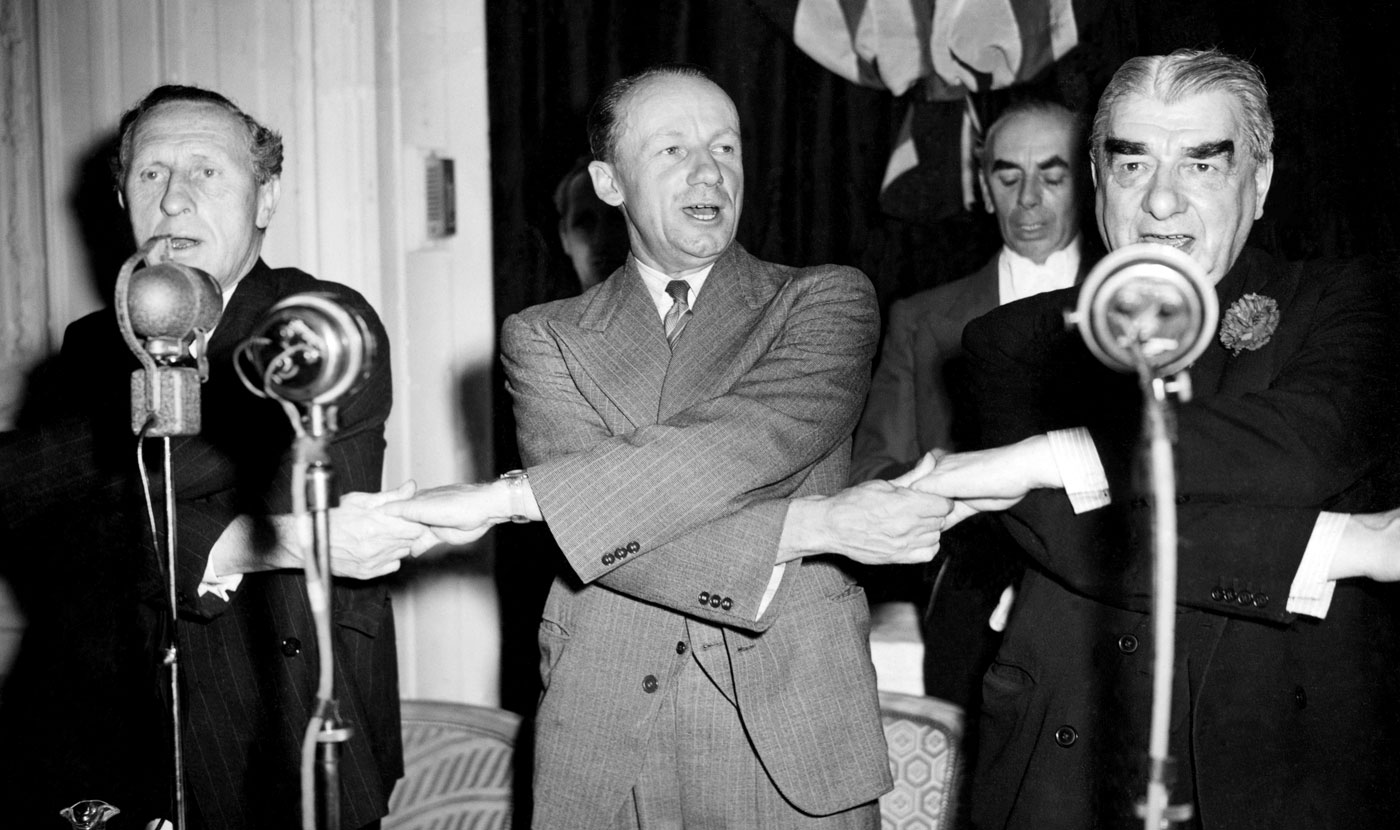 But since it was Bradman, there were plenty of festivities off the field. Here, he sings "Auld Lang Syne" at the Savoy in London, at one of the many farewell lunches hosted for him during his final series, in England in 1948. The Sydney Morning Herald reported that Lord Gowrie, the MCC president, presented Bradman with a silver replica of the Roman era Warwick Vase that was bought partly using the gatherings in a public fund organised by the People newspaper. Bradman asked that the rest of the fund be used to construct concrete pitches for young cricketers in the country. In 2013, Sachin Tendulkar didn't have a farewell as extended as Waugh's, but nonetheless the whole of India was geared up for it - fans, pundits, the media, advertisers, everyone. (Here's our dedicated site for it). Three seasons after Waugh's retirement, Australian fans bid adieu to four top players all at once when Damien Martyn (mid-way through the series), Justin Langer, Glenn McGrath and Shane Warne all retired after winning the 2006-07 Ashes 5-0. 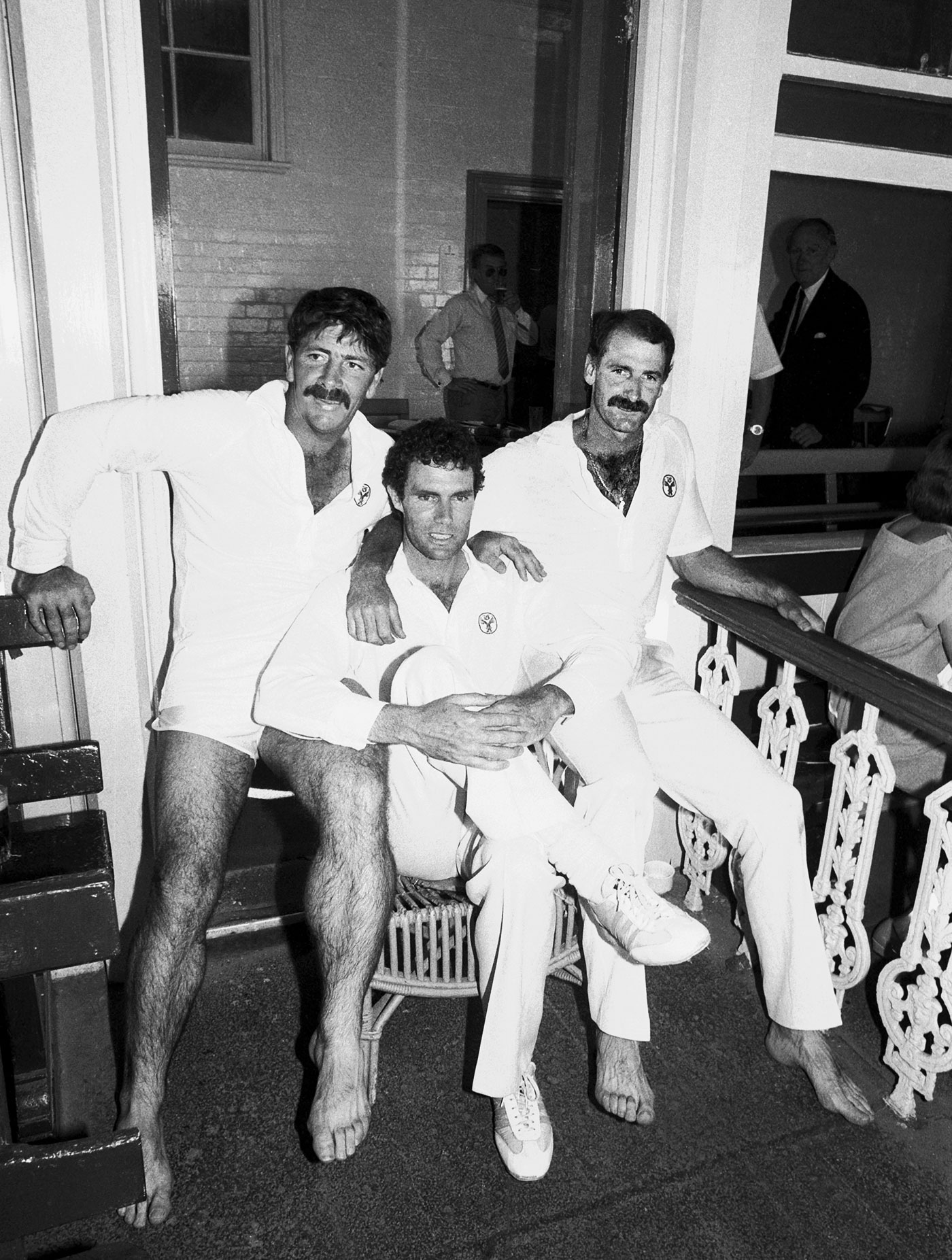 On the field, Australia weren't prepared to deal with such an exodus of talent and struggled for a few years, just like they did in 1984 when Rod Marsh, Greg Chappell and Dennis Lillee all retired after the victorious home series against Pakistan.

After Cook got the hundred at The Oval this year, he was asked if he had any second thoughts about quitting. He didn't. Neither did Chappell, one of five batsmen, along with Cook, to score centuries in his first and last Tests, who told cricket.com.au in 2016: "If I maybe had a bad Test match there may have been a little gnawing doubt in my mind that maybe I should have played on… I don't think I've ever had a moment's doubt or a moment's thought like, 'Oh gee, I'd rather be out there.'" 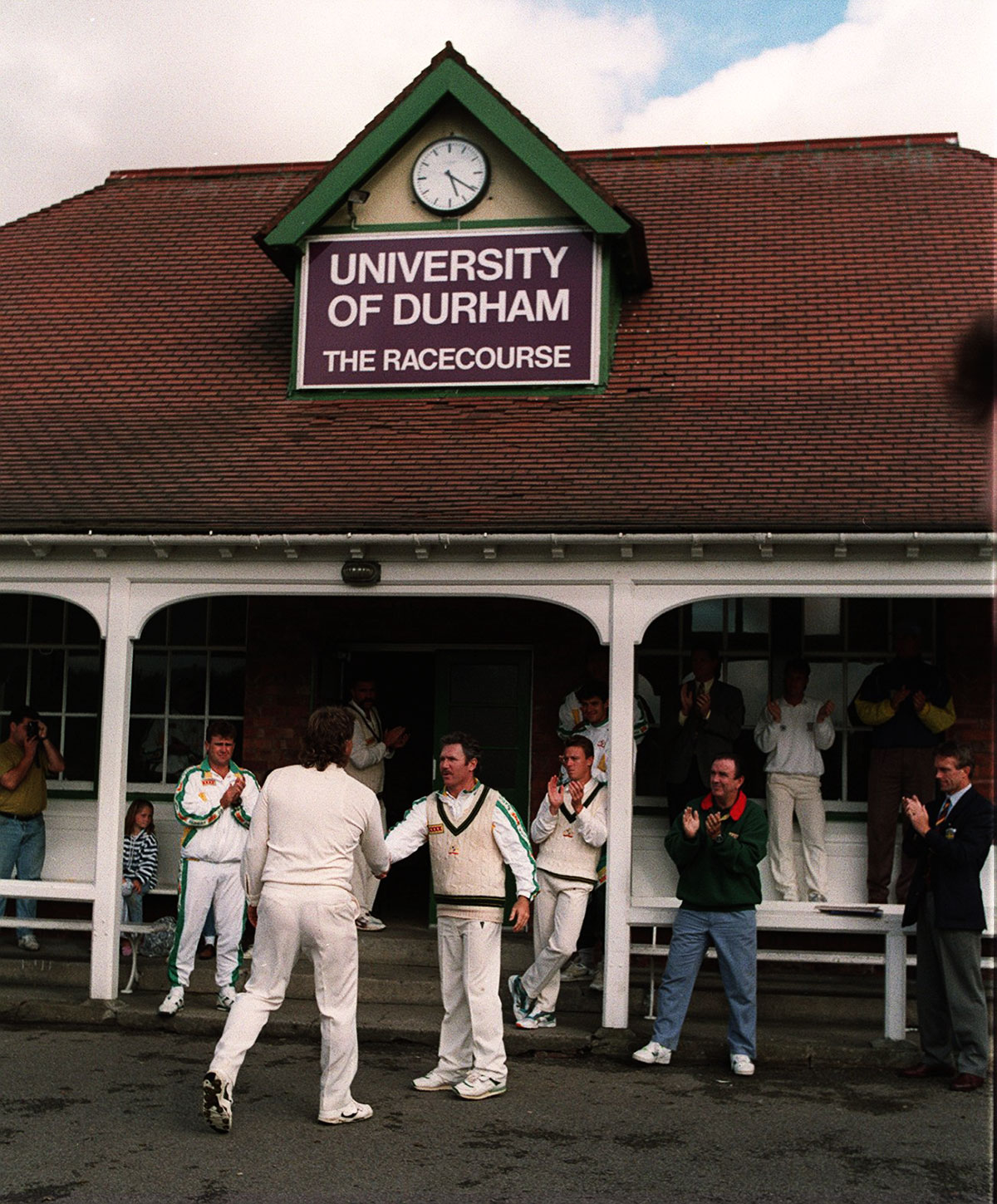 Superstar allrounder Ian Botham had a quiet farewell - with a rain-interrupted match for Durham against the touring Australians in 1993. "The last couple of years have been tough," he said. "I've had about ten operations. I'm like a battered Ford Escort. You might find one panel that's original." 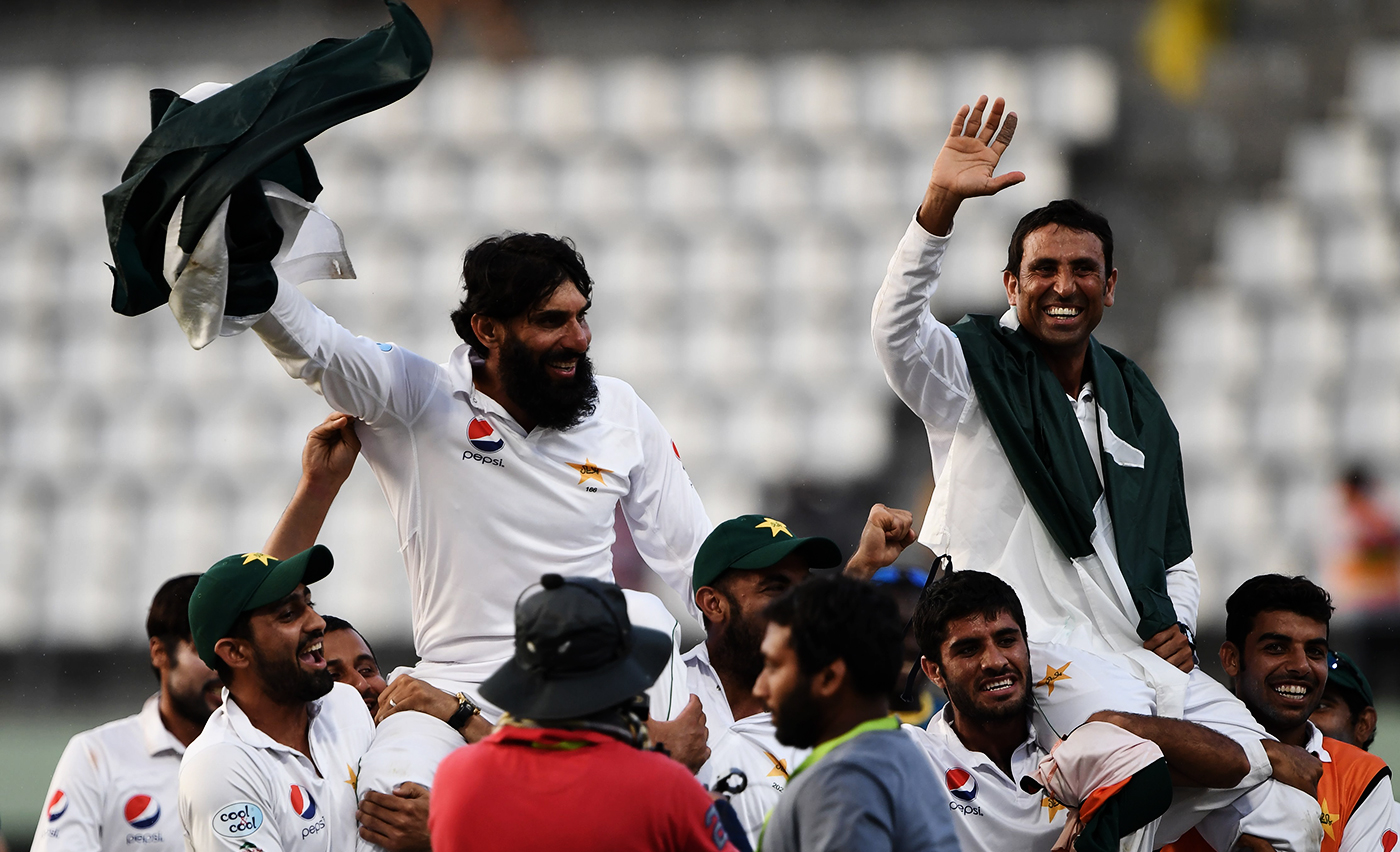 Misbah-ul-Haq and Younis Khan got a fairy-tale goodbye, bowing out with a dramatic win in the final minutes of the Dominica Test, having secured Pakistan's first series win in the West Indies. As did Kumar Sangakkara and Mahela Jayawardene when they retired from the shortest format with a World T20 win in their hands, having seen world titles slip away from them in 2007, 2009, 2011 and 2012. There are times when one player retires, but what you're saying goodbye to is a partnership - like when Curtly Ambrose called it quits at the end of West Indies' 2000 tour of England. Mike Atherton, who faced Ambrose, and his bowling partner Courtney Walsh - attached to each other like a double-barrelled surname - in 26 Tests, wrote in the Guardian about the final Test of the series, at The Oval:

"They left, arm in arm, one sensed close to tears, and halfway up the pavilion steps Ambrose symbolically removed his famous white armbands, safe in the knowledge that his legs would have to do no more pounding. The next day, as he walked to the crease with West Indies on the brink of a famous defeat, the England team lined up and applauded him all the way to the wicket. It was a fitting mark of respect and, no doubt, a private thank-you that their tormentor was finally on his way… In the middle of the salute he mumbled: "Thanks, lads," which is about as much as I have heard him say." 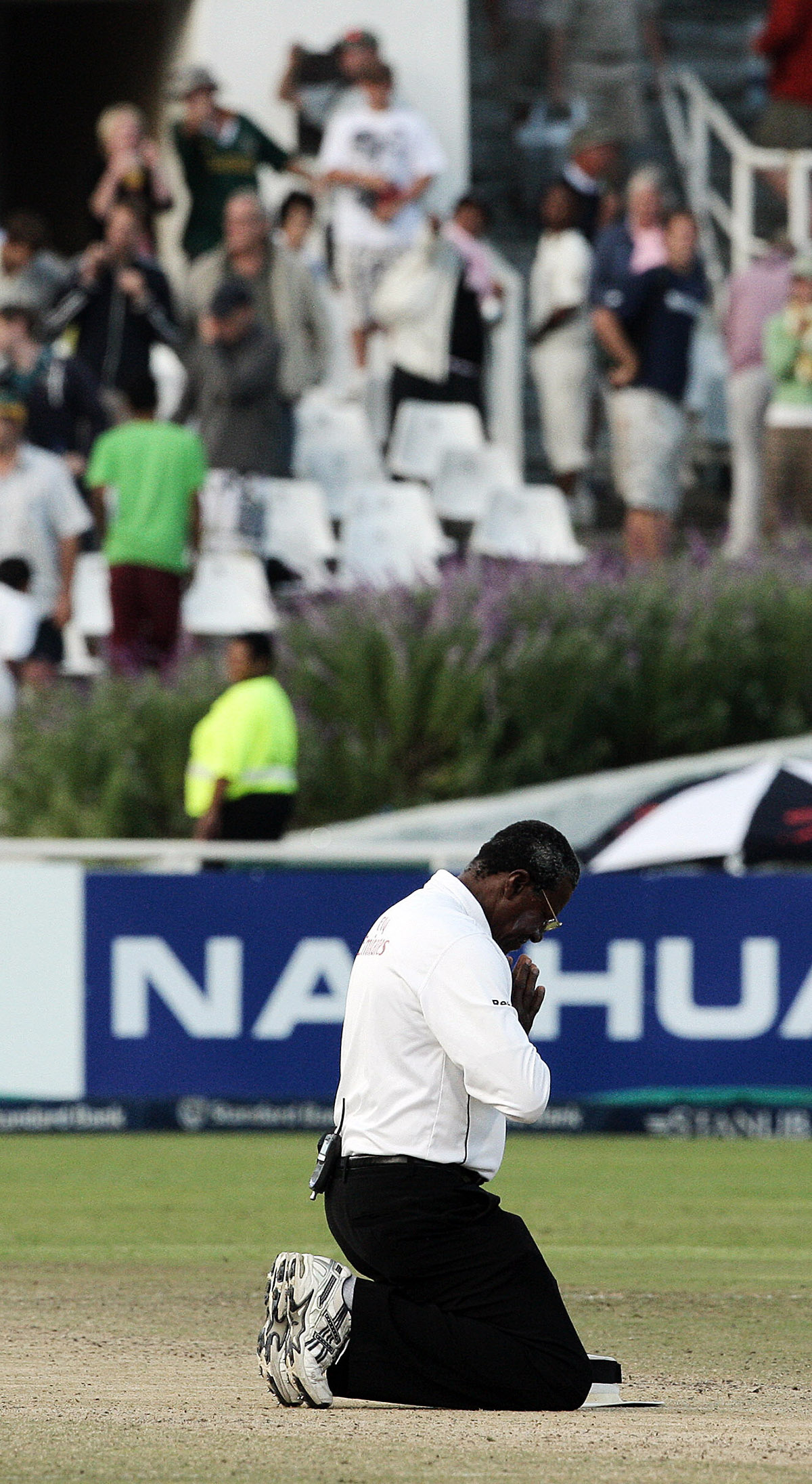 Umpire Steve Bucknor kneels on the pitch and offers a prayer at the end of his 20-year career, in Cape Town in 2009. Sanath Jayasuriya commemorates his last Test - for two months, it turned out - by cutting a cake (half-baked, maybe?). He dislocated his right thumb during that supposed final game in Kandy in 2006, then was forced to reconsider his decision by the chairman of selectors, and went on to play another eight Tests. 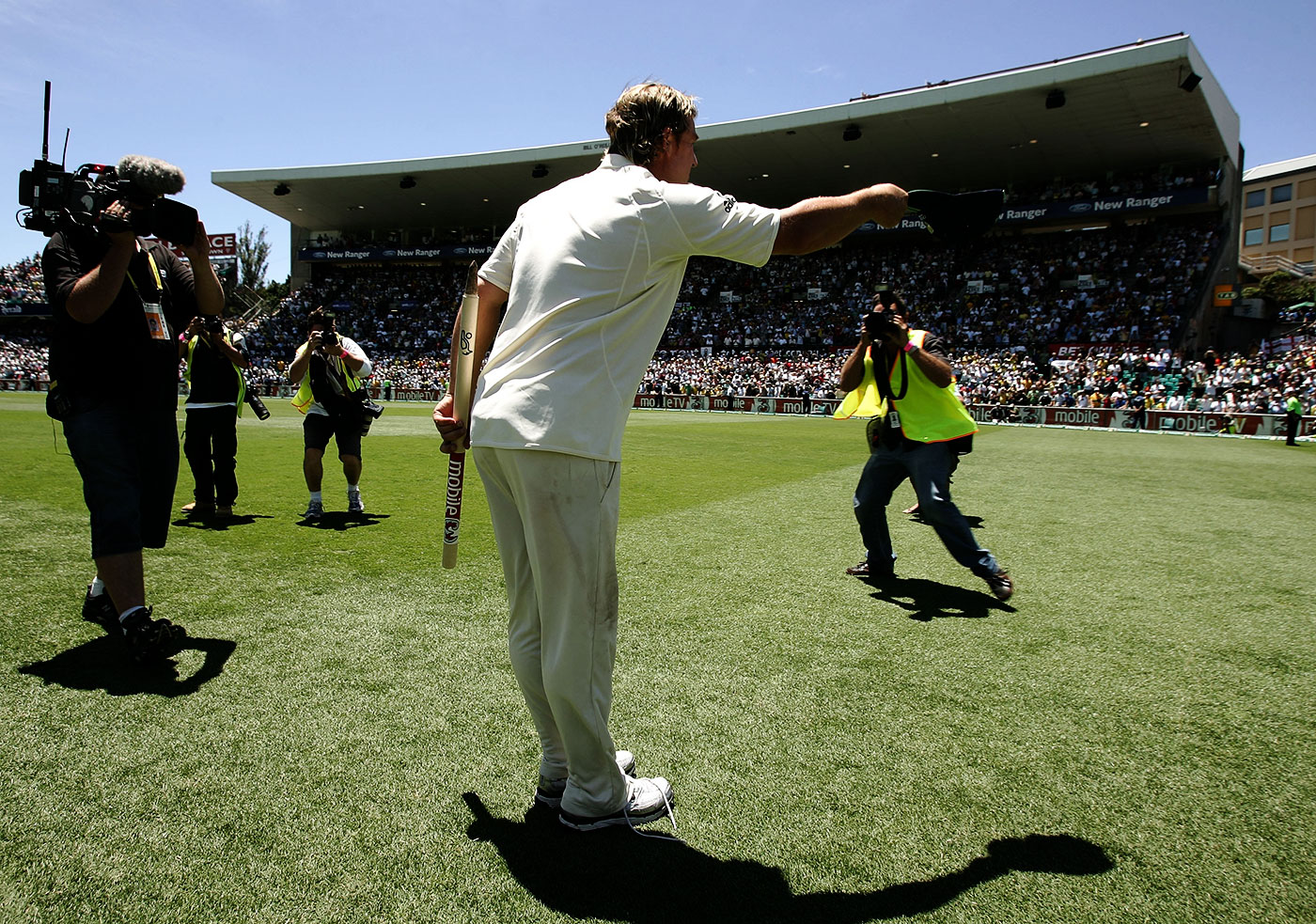 Tipping your hat to the adoring masses is nice. 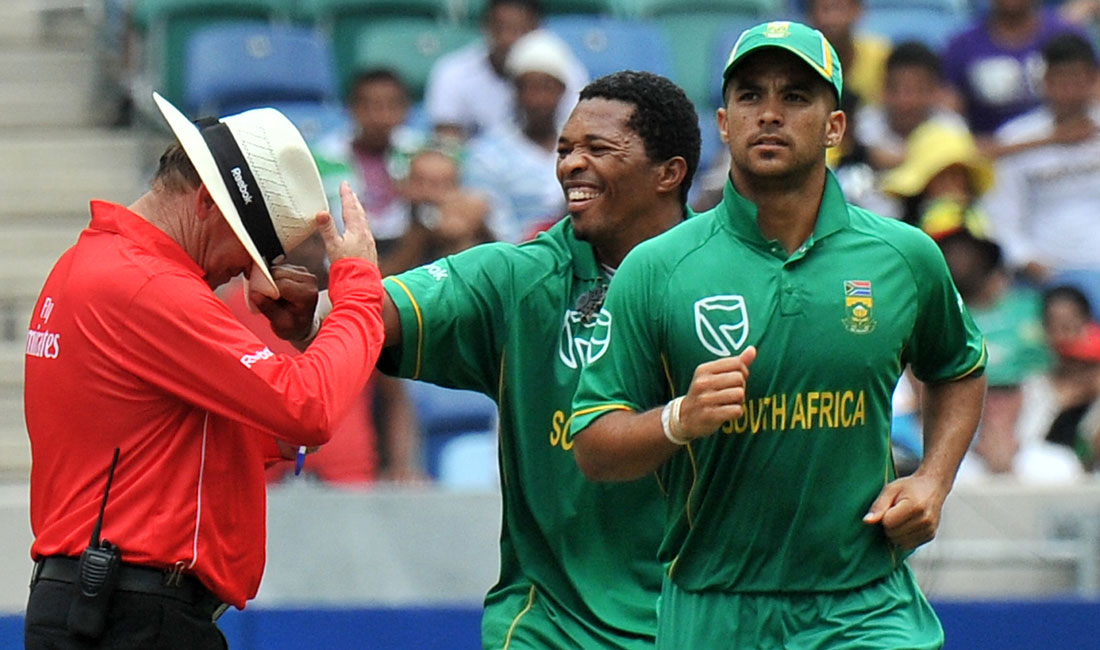 Messing with the umpire's hat as you say goodbye - that's fun. Being carried round the ground by your team-mates is touching. Signing off with a World Cup win, sure that's cool. But you need real pizzazz to tour a country, lose the series and still have fans turn up on the streets in their thousands to see you off. Frank Worrell's 1960-61 West Indies party had that effect on the cricket-loving Australian public. An Unforgettable Summer, a book published by the Melbourne Cricket Club library to mark the 40th anniversary of the tour that gave cricket its first tied Test, notes Worrell's (on right) thoughts on the parade in Melbourne from his biography by Ernest Eytle:

… people were to be seen lining the streets, leaning out of windows three or four storeys up… As we travelled through the milling crowd at snails' pace, we heard tremendously gratifying statements… but the statement which was frequently made and which brought a lump to my throat and tears to my eyes was: "Come back soon."… I can't tell you how overwhelmed the boys and I were. I can tell you tears came easily to me in that extraordinary procession… 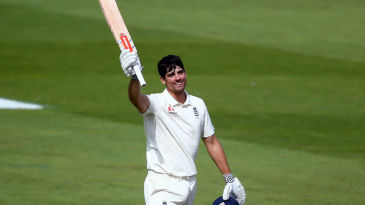 As Alastair Cook marks his final Test appearance with a fairytale century, we look back on five other farewells that could hardly have followed a better script 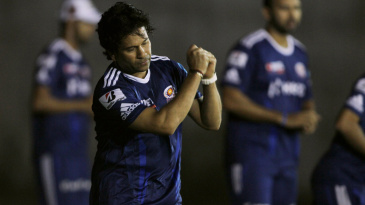 The man whom cricket loved back

Tendulkar was the biggest worshipper the game could ever find, and in that lay the foundation of his greatness 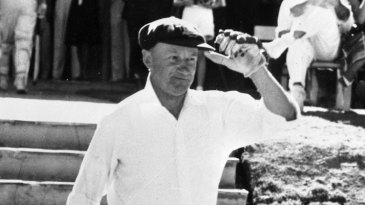 Perhaps Bradman's farewell was all the more memorable for being unspectacular