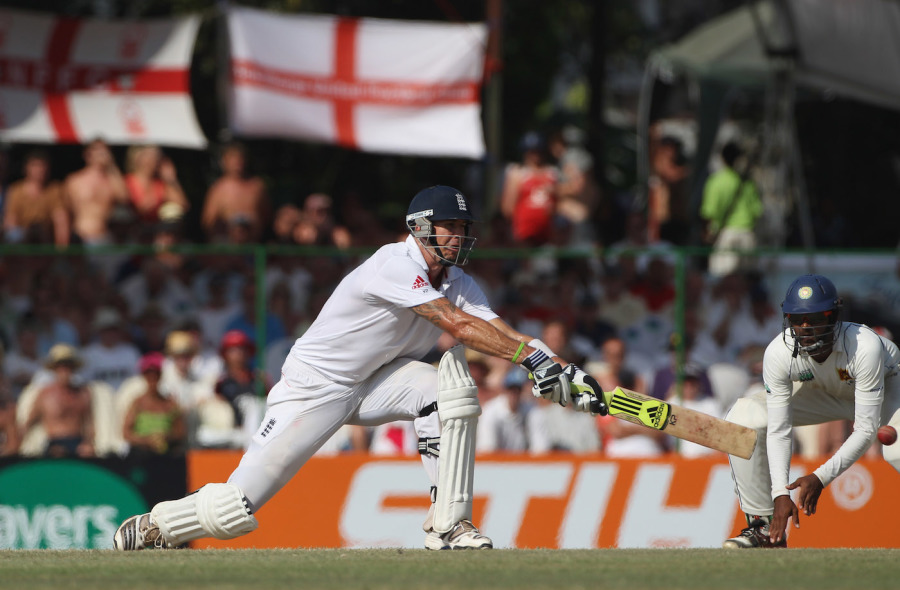 Let's try this another way

Cricket is a game that adores repetition. Bowlers, especially those using a red ball, are encouraged to find a consistently probing line and length and only occasionally veer from that practice. Batsmen develop Popeye-like forearms hitting an endless stream of throwdowns in pursuit of a harmonious link between brain and muscle.

No matter what the conditions or who is taking part, a cricket match is a cricket match. A ball is delivered, a bat takes aim and one of a handful of scenarios plays out. You've seen one, you've seen 'em all.

But every now and then something remarkable happens. Something so truly out of the ordinary that players, spectators and commentators are left scrambling for words to describe what they have just seen. These are the innovators who've given us a whole new cricket vocabulary.

Kevin Pietersen: The switch hit
Throughout his career, the Maverick from 'Maritzburg marched to his own drumbeat. "That's the way I play," Pietersen said matter-of-factly when asked to explain his dismissal against West Indies in Kingston in 2009.

On 97 and in complete control, Pietersen inexplicably took an ugly cross-batted swipe at a Sulieman Benn floater and top-edged in embarrassing fashion. The dismissal would have been infuriating enough in isolation, but it was compounded because there had been a similar event a year earlier. That time on 94, in Birmingham, Pietersen sought to bring up three figures in style against his native South Africa, but could only pick out the fielder at long-on. England lost both matches.

But back in 2006, playing against Muttiah Muralitharan, Pietersen's cavalier approach to his craft changed batting forever. Test cricket's all-time leading wicket-taker was left slack-jawed as the batsman switched from a right-hander to a left-hander in the blink of an eye and dispatched a low full toss over the ropes towards the off side - or, if you'd prefer, the newly established leg side.

Two more switch hits in an ODI against New Zealand in 2008 ensured that the shot would become synonymous with KP, and laid down a marker for future innovators such as AB de Villiers, David Warner and Virat Kohli to follow. 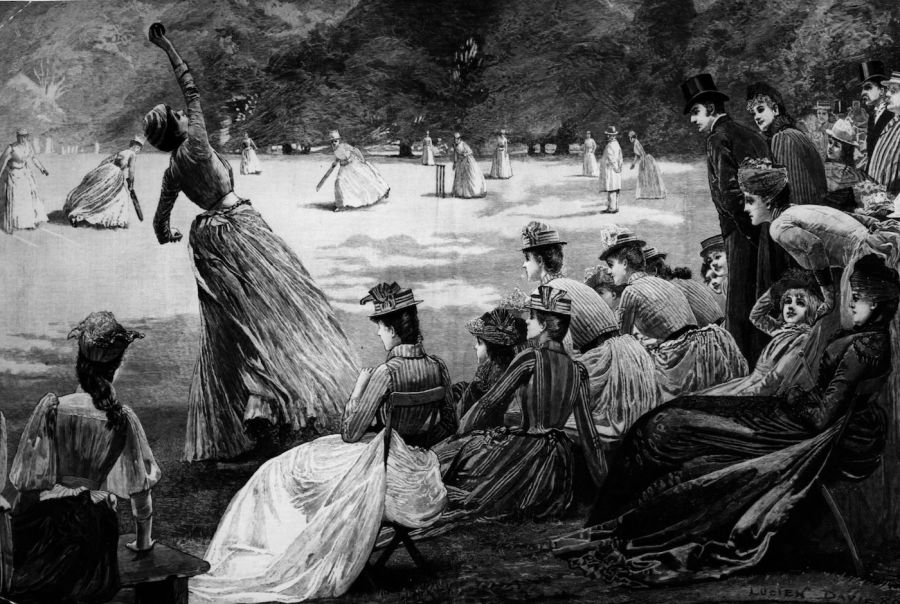 Tom Walker and John Willes: Overarm bowling
There are few sights in cricket that can rival that of a rampaging quick screaming across the field, hurling down thunderbolts and expletives in a fiery rage. We owe our collective thanks to two rule-breakers long ago. Without them, fast bowling - indeed, bowling of any kind as we know it - would be rather dull by comparison.

Sometime around 1780, Tom Walker of Hambledon realised that a higher arm could create more bounce off the pitch and opted to utilise the method, instead of the traditional underarm approach. On already difficult strips, the action was outlawed in 1816.

On July 15, 1822, John Willes from Kent turned his arm round at Lord's. He would later claim that he developed the action after watching his sister bowl that way while wearing cumbersome Georgian hooped-skirts that made underarm bowling impossible. There are no records that say if Willes blamed his sister for what followed: a stern reprimand from the umpire and a subsequent no-ball. This sent Willes into a fury, and in front of a packed crowd he marched off the field, hopped on his horse and galloped away.

Forty years later Edgar Willsher was no-balled for overarm bowling, and like Willes, left the field in a huff. However, the next day a new umpire was appointed in the game and the action was allowed. Two years later, in 1864, overarm was made legal, catapulting the sport into a new age. Bernard Bosanquet: The googly
The wrong'un, the bender, the breaking ball, the googly - this wicked deceiver of batsmen goes by many names. The most intriguing moniker of the delivery is "bosie", a nod to its inventor.

Bernard James Tindal Bosanquet, Bosie to his mates, was a product of England's elite and played cricket at Eton before gaining his blue at Oxford. A talented allrounder, he forged a successful career with Middlesex and England around the turn of the 20th century.

He developed the technique playing a parlour game, Twisti-Twosti, in which the objective is to spin a tennis ball past an opponent at the opposite end of a table. By adjusting his wrist position, Bosanquet was able to spin the ball in a counterintuitive fashion.

Though other bowlers like William Atwell and AG Steel may have accidentally delivered a googly earlier, Bosanquet was the first to deliberately do so. His first wicket with this new weapon was Leicestershire's Samuel Coe, who saw a looping delivery land outside his off stump and came charging out of his crease in anticipation of the boundary to follow, but was left flummoxed as the ball broke the other way, bounced several times and was gathered by the keeper, who broke the bails in what must have been the most amusing stumping.

It is impossible to say how many of Bosanquet's 654 first-class wickets, including 25 from seven Tests, emerged from the back of his hand. What is certain is that the poor willow wielders who have been embarrassed by a ball that did something it wasn't supposed to have one villain to thank for their woes. 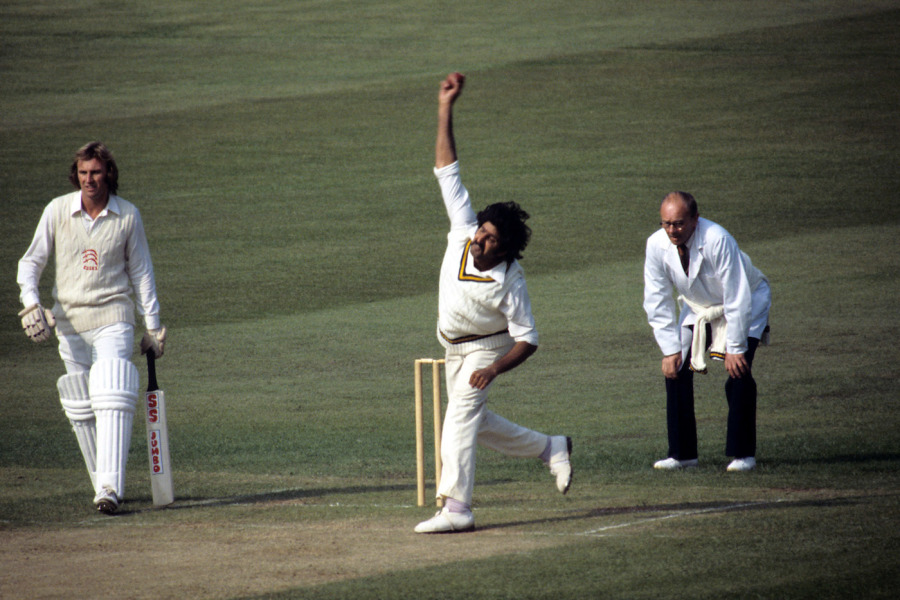 Saleem Mir and Sarfraz Nawaz: Reverse swing
Full disclosure: I don't really understand reverse swing. That puts me in the company of 99.99% of cricket players, experts, fans and casual observers. Figuring out how an aged cricket ball arcs through the air as if guided by magic, hooping one way and then the next, dipping at the last second to break toes or stumps, is difficult.

Reverse swing's origins are a closely guarded secret. One theory is that the art was perfected by a sect of Multan monks on the banks of the Chenab river sometime in the early 1600s. Another theory says Mir, a relatively unknown medium-pacer developed the technique and passed it on to the more talented Sarfraz, who introduced the world to this beguiling dark art in the late 1970s.

From there, the knowledge was passed to Imran Khan, who in turn passed it on to Wasim Akram and Waqar Younis before it spread beyond the confines of Pakistan's borders. Today, a handful of seamers have the wrist strength, physical stamina and mental aptitude to move the old ball (along with team-mates schooled in the arts of keeping one side shiny and the other rough). Whether or not they know exactly what they're doing is another matter entirely. Jack Iverson: Carrom ball
Quick, who invented the light bulb? If you erroneously picked US inventor Thomas Edison instead of the lesser known English chemist Humphrey Davy, you're not alone. Like the light bulb, the carrom ball - a delivery that is flicked out of the front of a spinner's hand using a freakishly strong middle finger - is often attributed to the wrong inventor.

Sri Lanka's Ajantha Mendis and India's R Ashwin are now synonymous with the technique (though Ashwin prefers the term "sodukku ball") but the true inventor of this bamboozling nut is Australia's Iverson.

Aptly nicknamed "Wrong-Grip Jake", Iverson never coined a catchy name for his innovative delivery but his contemporaries certainly understood its worth. Though he only played five Tests as a result of an ankle injury, he bagged 21 wickets at 15.23, conceding just 1.73 an over.

So mysterious was his spin that his state captain Lindsay Hassett barred Iverson from bowling to New South Wales batsmen in net sessions, lest they decipher its code. The plan worked as Victoria secured the Sheffield Shield in 1950-51 (though NSW would regain control, winning ten of the next 11 titles). 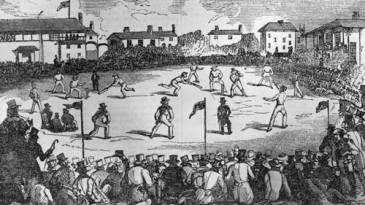 What is the most influential innovation in cricket?

Accidental or intentional, departures from the norm often aid the evolution of a sport. Five writers pick their top innovations in cricket The delivery synonymous with subcontinental wizardry was invented by an Englishman; and the most famous of those was also bowled by one 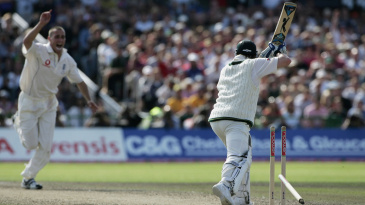 The truth behind conventional, reverse and contrast swing

The science of swing bowling

Rabindra Mehta, a NASA scientist and former club fast bowler based in California, has studied cricket-ball aerodynamics for nearly three decades. Here, in response to an article published at Cricinfo last week, he gives the definitive answer to the myster