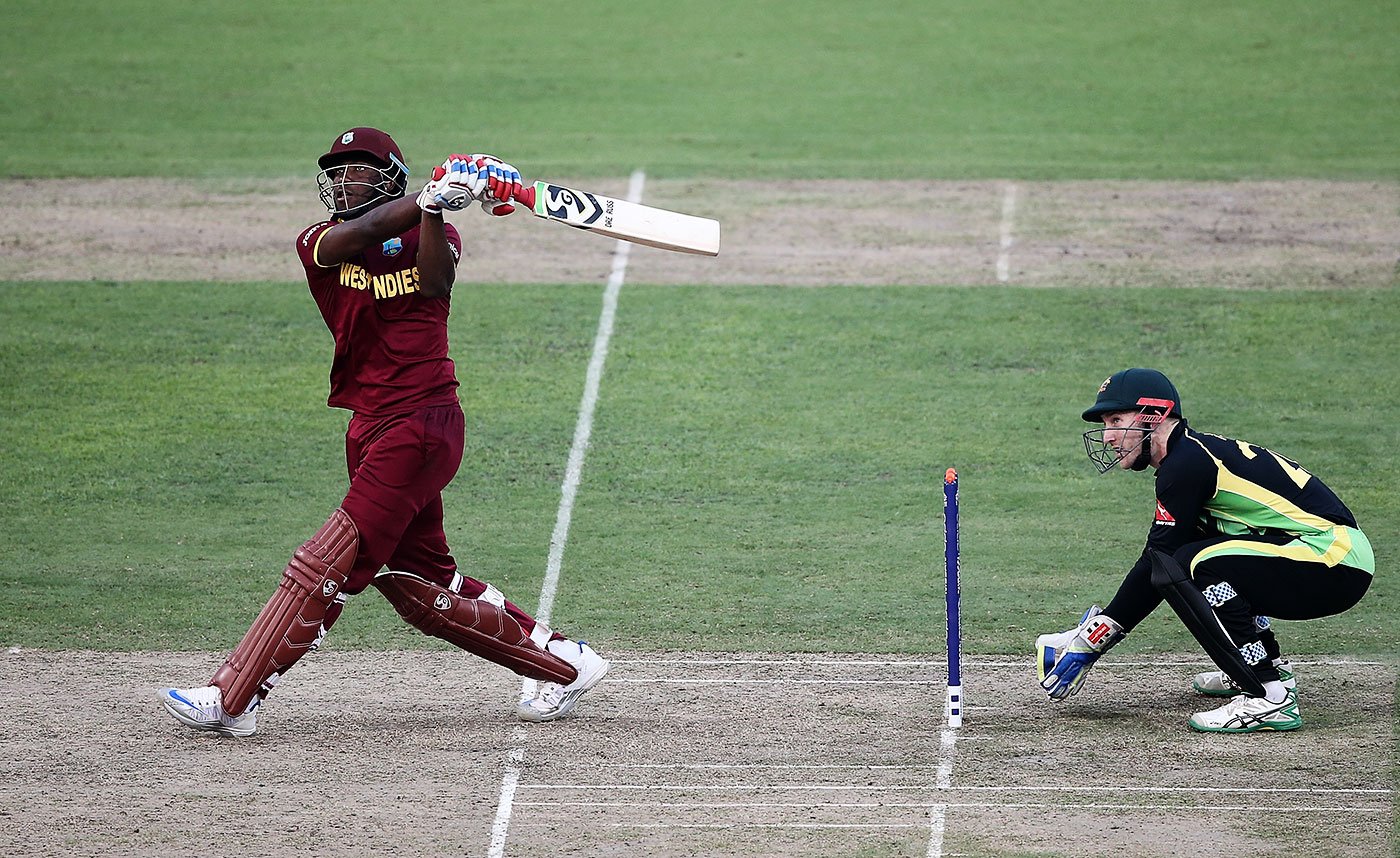 T20 is meant to be a simple game. To win, a team must simply outhit their opponents. But a funny thing happened in the 2018 IPL. The side that scored quickest were Delhi Daredevils; they finished dead last. And the team that scored slowest - Sunrisers Hyderabad, 0.9 runs per over slower than Delhi - topped the group stages and were losing finalists. There was no discernible correlation between a team's batting strike rate and their final position.

Last year Jonathan Wilson, an acclaimed writer on football tactics, published a book about the stylistic contrasts between teams managed by Jose Mourinho and Pep Guardiola. It was a reminder that, even after 15 years of T20, with the format established as the most popular version of cricket, teams are not conceptualised or thought of in such a way. Rather than viewing them in light of different paradigms and analysing their style of play - in the way that is commonplace in football, basketball and other sports - analysis of T20 teams often veers towards the reductive. Good teams win because they are good; bad teams lose because they are bad.

This obscures the stylistic and philosophical differences in how T20 teams are assembled. Through a combination of deliberate planning and happenstance, profound contrasts exist between how T20 sides line up and how they try to win: between those who prioritise six-hitting and those who favour scoring off every ball; those whose batting is top-heavy and those who emphasise depth; those whose strategy is rooted in their batting prowess versus those who focus more on bowling.

While every team seeks perfection, the nature of franchise cricket especially - with its salary caps and limits on recruiting overseas talent - means that trade-offs are wired into team-building. Teams are designed to win in a very specific way. Even when they go to other leagues and continents, "often there's a particular style of play associated with a captain or coach", observes AR Srikkanth, the analyst for Kolkata Knight Riders since 2009. A phenomenon like AB de Villiers can score off virtually every ball as well as hit sixes with impunity. But most batsmen's style can be thought of as existing somewhere on a continuum, between aiming to hit as many sixes as possible and aiming to score off every ball.

Chris Gayle and Virat Kohli embody the two contrasting approaches. Gayle has hit 892 in his career - over 2.5 per game. But he allows a large number of dot balls - over half of all deliveries he has faced since 2017 - and is slow at the start of his innings, scoring at under a run a ball off his first ten balls.

Kohli can hit sixes, but generally favours the ground: three quarters of his boundaries are fours, while almost half of Gayle's are sixes. If Gayle's signature shot in T20 is the six thumped straight, Kohli's is perhaps the drive placed through wide long-off for two, which embodies the efficiency of his scoring and intensity of his running between the wickets. Most T20 batting line-ups are a mix of these two approaches. But no team has plumped so decisively for the Gayle approach as the West Indies team from 2012-16, who, with Gayle opening, won two out of three World T20 titles in that time and reached the semi-finals in the third. They did so in full knowledge that the strategy would lead to an alarming number of dot balls, in defiance of received wisdom about trying to score as efficiently as possible. The trade-off, as they saw it, was worth it, because no side could score sixes with such reliability.

"We knew that we had boundary hitters down to No. 8," Phil Simmons, the West Indies coach in 2016, later explained. "We didn't worry about dot balls too much because we knew we could make them up. If Gayle had 20 dots in 60 balls, he'd still have a hundred."

Winning the 2016 World T20 with Carlos Brathwaite's four thunderous sixes showed how West Indies were not just a better T20 team than their opponents but a radically different one. In the semi-final victory over India in Mumbai, West Indies played out almost twice as many dot balls as their opponents - 50 to 29 - but it was an incidental detail because they scored 11 sixes to India's four.

Conventional cricketing wisdom has long dictated that a prudent batsman rotates the strike the ball after hitting a boundary. West Indies double down. A boundary is a cue to try and hit more boundaries - even if some swings and misses are unavoidable. 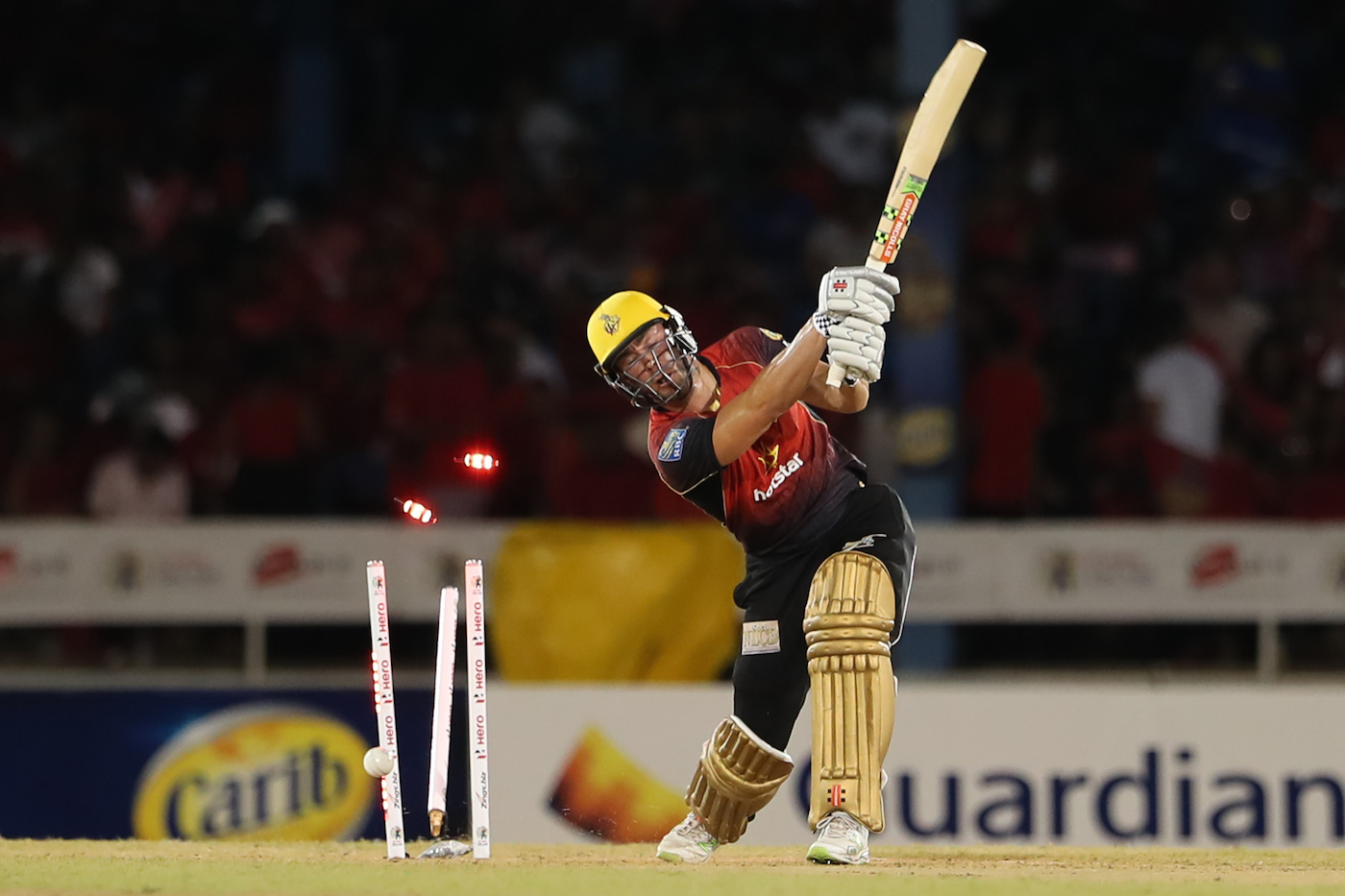 Go big or go home (it's okay either way): the Knight Riders franchises give their top-order batsmen the freedom to hit out without worrying about their wickets © Getty Images

There are hints that, inspired by West Indies, some franchises are adopting a similar approach. In 2018, both Knight Riders franchises, Kolkata and Trinbago, opened with Chris Lynn and Sunil Narine, players renowned for quick starts and boundary-hitting. The teams had players in the same mould lower down the order: Brendon McCullum, Colin Munro and Colin Ingram for Trinbago; Dinesh Karthik and Andre Russell for Kolkata.

"If you look at the way we play in the CPL, as well as at KKR, it's pretty similar," says Srikkanth, the analyst for both franchises. "We go hard at the top and it doesn't matter if we lose wickets in a cluster because we've got the batting in the team to take responsibility and get the team to a decent score. If you have Sunil and Lynny opening, they know only one way to go. So if they get out, they get out."

The Knight Riders approach is characterised by valuing wickets less, in defiance of one of the most quoted stats in T20's formative years: that teams lose three-quarters of the matches in which they lose three wickets in the Powerplay. In the IPL last year, KKR lost wickets in the Powerplay more frequently than any other side bar one. Yet they had the highest Powerplay run rate, showing a team unperturbed about losing early wickets.

The growth of the six in T20 mirrors the ascent of the three-pointer (shots from farther away) in the NBA. Three-pointers in basketball (shots from farther away) are, like sixes in cricket, riskier and more likely to fail, but their number has doubled since 2000. Threes are deemed the most efficient shot because, despite their lower success rate, they have a higher average return than twos. A similar logic informs the emphasis on six-hitting.

Even if many T20 analysts endorse such an approach - a recognition that wickets have generally been overvalued, and that sides have misused their batting resources - it still brings risks. Players who emphasise six-hitting are more likely to rack up dot balls at the start of their innings. And a team of six-hitters may be less effective on difficult batting wickets on which it is trickier to time the ball crisply. West Indies' sole defeat in the 2016 World T20, albeit in a dead game, was in a low-scoring match against Afghanistan.

In franchise cricket, the greatest barrier to such an approach is that there remain few elite players who play in the style of the 2012-2016 West Indies team. And so franchise sides must resort to alternative ways of team-building. 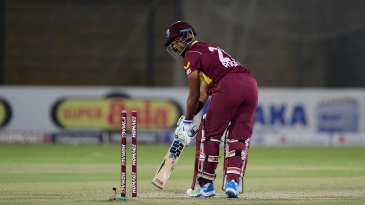 West Indies crashed and burned in the 2021 World Cup. How do they turn their T20I fortunes around?

Their six-led approach has been in the firing line, but their selection was poor, and the bowling has not been up to scratch either We may have come to take the shot for granted, but some of the ones in this World Cup have had astonishing visceral impact 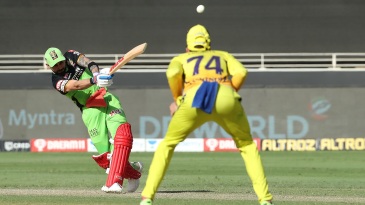 How many boundaries should a T20 team attempt in an innings? More than you might think

Why fours and sixes are the primary grammar of the format. And will increasingly be so