The slaying of a dragon

What happened
The kings were beaten. A bunch of upstarts took away their crown. And the world itself changed. Well, a part of it, at least.

Put in to bat, India could only manage 183 against the menace of Andy Roberts, Joel Garner, Malcolm Marshall and Michael Holding. Kris Srikkanth top-scored with 38. In response West Indies briskly moved along to 57 for 2, with a rampaging Viv Richards taking 33 runs off the first 27 deliveries he faced. Madan Lal ran in to bowl at him. The ball went up. Kapil Dev ran back - his head thrown back, hands thrust out - to complete the catch at midwicket. And the crowd went wild. Really. People jumped the fence and spilled onto the field.

The seamers continued to chip in, with Mohinder Amarnath and Madan Lal picking up three-fors to eventually bowl West Indies out for 140.

Why it was great
The underdogs won. India might be the biggest superpower in cricket now but in 1983 they were made up of players more interested in sightseeing than winning the trophy. Sandeep Patil wrote that only two of his team-mates had ever played in a World Cup before. And yet they overcame Australia, breezed past England and stunned West Indies to get up onto the Lord's balcony and lift the most coveted trophy in cricket.

In its wake a whole new generation of champions was born. Everyone from Sachin Tendulkar to Harbhajan Singh points to that momentous day as an inspiration.

They said
"I turned to Malcolm [Marshall] and said, 'Do you think you'll have to bat today?' He came back with, 'Yeah, and you too. And I said, 'In that case, well then, we've got a problem.'"
- Joel Garner recalling a conversation he had with his bowling team-mate as they left the field for the innings break 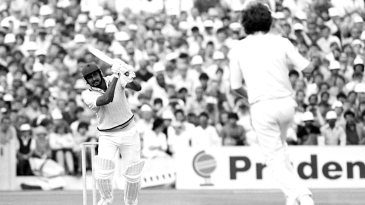 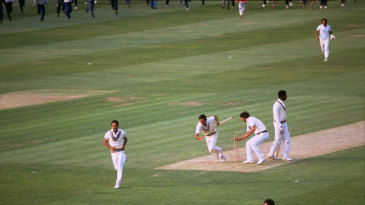 World Cup No. 3: the big story

The summer it all changed

The 1983 World Cup was a journey of self-discovery not just for India, but for a sportswriter whose career gamble was vindicated after the final 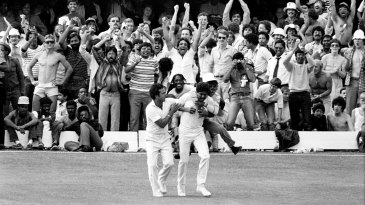 The catch in the 1983 final that brought down a titan, and made Indian cricket's most unlikely achievement possible