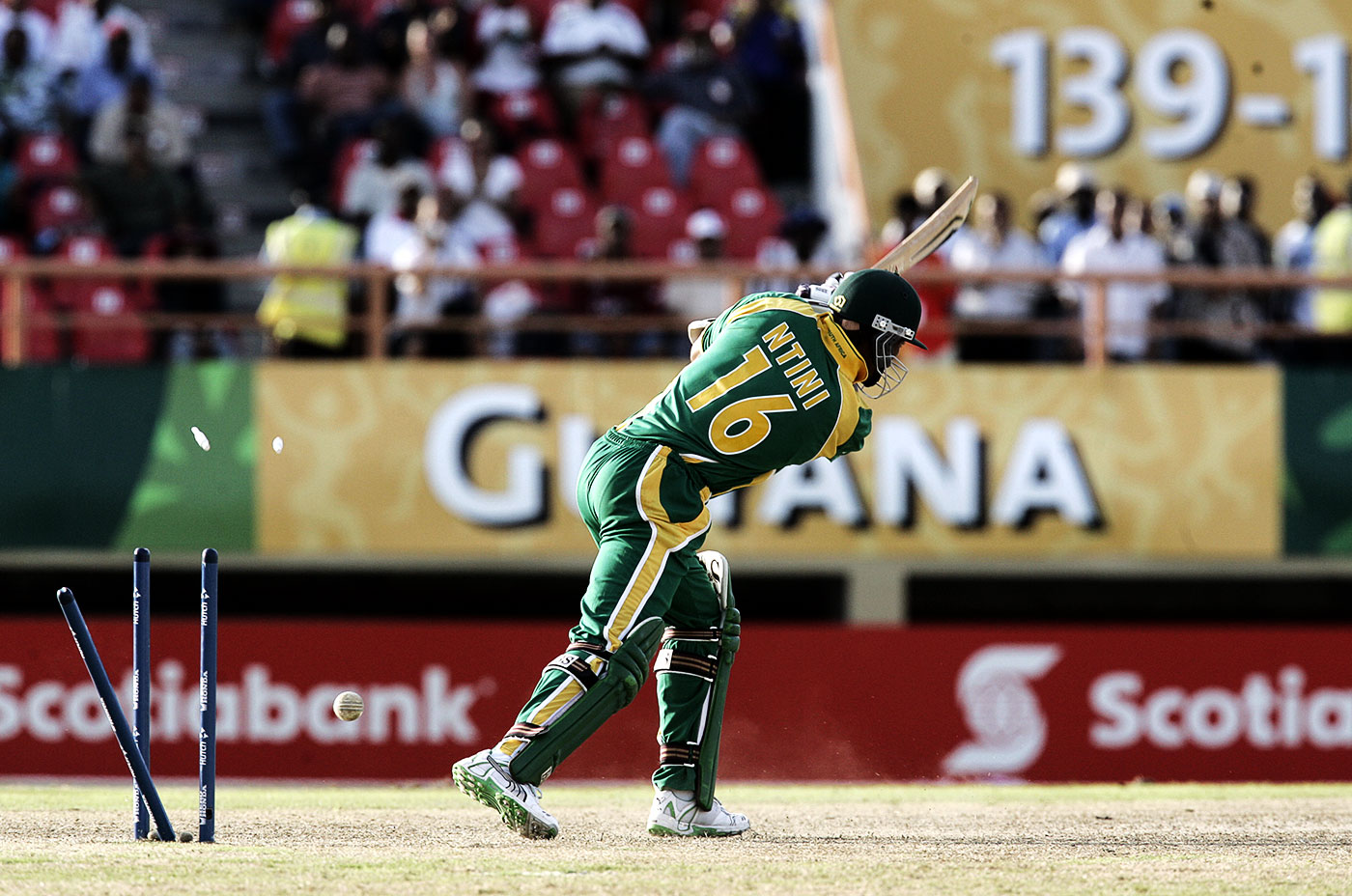 Quarter pounder: at the 2007 World Cup, Malinga took four wickets in four balls, including Makhaya Ntini bowled for a duck

Hat-tricks: nine
There have been nine hat-tricks in World Cups. Lasith Malinga is the only one to have taken two, including four wickets in four balls in 2007.

There have been only 46 hat-tricks in all ODIs. We had to wait till the fourth World Cup for the first one in the tournament , when Chetan Sharma bowled Ken Rutherford, Ian Smith and Ewen Chatfield. Another two World Cups passed without a hat-trick. In 1999, Saqlain Mushtaq cleaned up Zimbabwe's tail in three balls to claim a semi-final spot for Pakistan.

But perhaps the most interesting World Cup hat-trick came in 2003 in Pietermaritzburg, when Chaminda Vaas became the first bowler to take wickets off the first three balls of an ODI, against Bangladesh.

Vaas' feat was historic but nowhere near as dramatic as Malinga's 2007 effort. Chasing 210, South Africa needed four runs from 32 balls with five wickets in hand. Malinga nearly pulled off what would have been an incomprehensible upset, taking four wickets in four balls to reduce South Africa to 207 for 9. However, No. 9 batsman Robin Peterson managed to edge a four past slip and Malinga became the first hat-trick bowler in World Cups to finish on the losing side. In 2011, he became the first bowler to take two World Cup hat-tricks when he got one against Kenya.

Perhaps the most valuable hat-trick was by part-timer JP Duminy against Sri Lanka in 2015: it was the first hat-trick in a knockout game and gave South Africa their first win in a World Cup knockout. 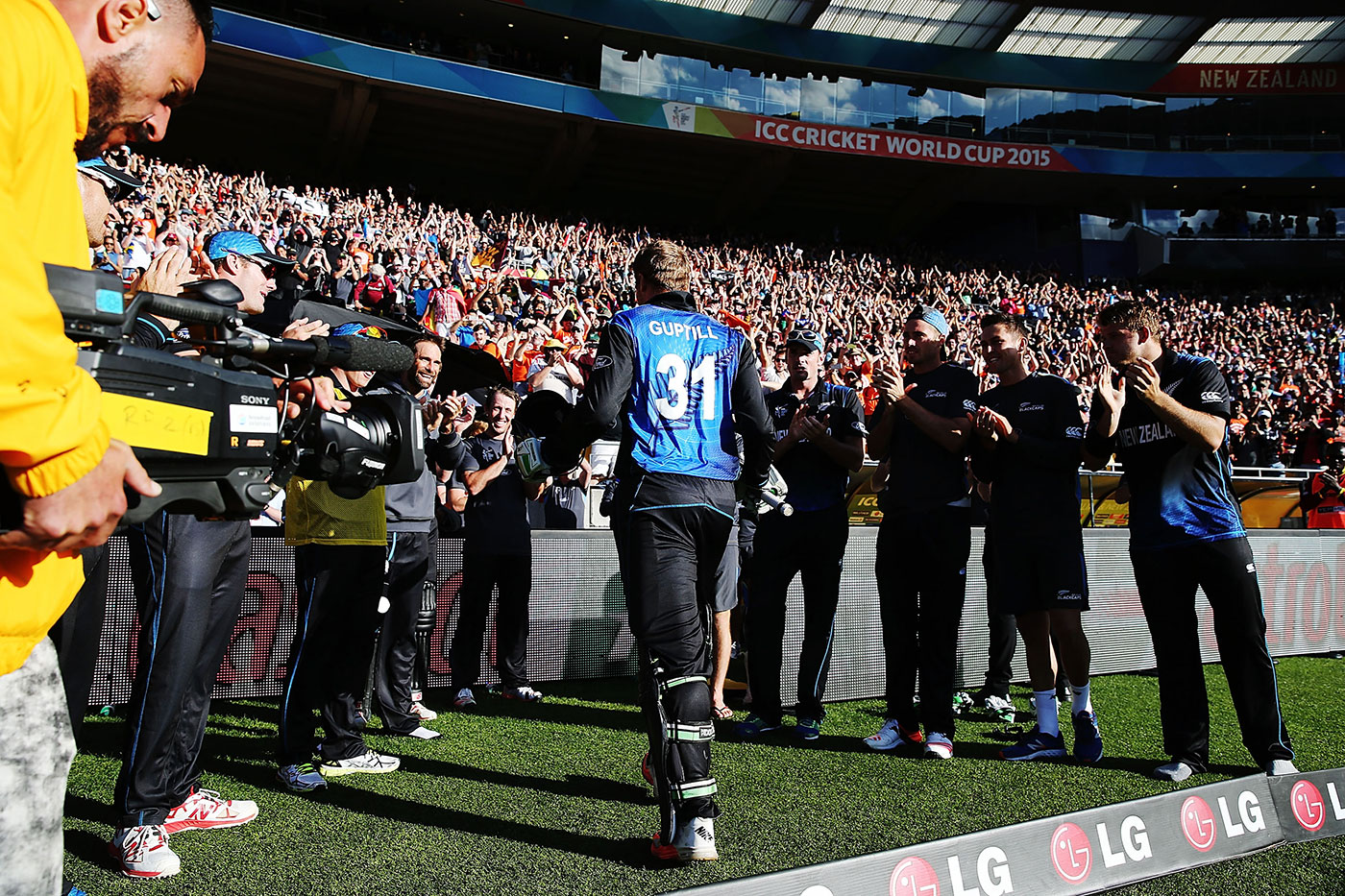 Most matches won by a team: 62
New Zealand haven't won a World Cup yet but they have won the second-most number of matches in World Cups, 48, behind Australia.

Despite their reputation as a team of players who punch above their weight, New Zealand have also produced some of the World Cup's standout individual performers. Martin Crowe lit up the '92 edition with an average of 114, and won the first Player-of-the-Tournament award. His protégé Martin Guptill led the run-scoring table 23 years later, with 547 runs and New Zealand's highest ODI score, 237. Left-arm fast bowlers Geoff Allott and Trent Boult topped the bowling charts with 20 and 22 wickets respectively in the 1999 and 2015 World Cups.

Tied matches: four
South Africa have been involved in two dramatic ties in World Cups, and both these games resulted in their elimination from the tournament.

In 11 editions of the World Cup, there have been only four ties. The first one came in ODI cricket's most famous game - the Edgbaston semi-final in 1999. In that game, Allan Donald's indecision cost South Africa; four years later, it was Mark Boucher's decision to refuse a single that led to their exit. Both times Lance Klusener was the batsman at the other end. Three cheers: Adam Gilchrist knows not what it is to lose a World Cup © Getty Images

Most World Cup titles for a player: three
Adam Gilchrist played three World Cups and Australia won all of them (1999, 2003, 2007); Ricky Ponting and Glenn McGrath share his record for the most titles. But while Gilchrist won all the World Cups he played in, his record isn't quite 100%. He lost two matches, unlike his team-mates Matthew Hayden, Brad Hogg and Andrew Symonds, who did not lose a single World Cup game, and are the only players to be involved in more than 15 World Cup matches without losing one.

Australia's remarkable run resulted in a lot of great players from other teams missing out on winning the World Cup. While Sachin Tendulkar and Javed Miandad hold the record for most World Cup appearances (six, and they won one title each), of the 16 others who were part of five World Cups, eight never got to lift the trophy: Brian Lara and Shivnarine Chanderpaul (West Indies), Shahid Afridi (Pakistan), Jacques Kallis (South Africa), Mahela Jayawardene (Sri Lanka), Daniel Vettori (New Zealand), and the Kenyan pair of Steve Tikolo and Thomas Odoyo.

In fact, Kallis, Lara, Chanderpaul, Tikolo and Odoyo never even made it to a World Cup final. Chris Gayle will be the only player in the 2019 tournament to be appearing in his fifth World Cup, and if West Indies fail to win the trophy, he will join this not-so illustrious list.

Leading wicket-taker being from the winning team: seven times
In only two World Cups was the highest run-getter from the champion team - Gordon Greenidge in 1979 and Hayden in 2007.

Hayden made 659 runs in that World Cup, but not many of them came in the final against Sri Lanka. By the time he was dismissed for 38, Australia had ratcheted up 172 - 119 of those runs coming off fellow opener Gilchrist's squash-ball-gripping hands.

In the other three World Cups played this millennium, the highest run getter flopped in the final and his team ended on the losing side - Sachin Tendulkar (4 in 2003), Tillakaratne Dilshan (33 in 2011) and Guptill (15 in 2015).

But it's a different story for the top wicket-takers, who have lifted the trophy seven times. Six of these 11 bowlers have been left-arm pacemen, including Wasim Akram (1992), Zaheer Khan (2011), and Mitchell Starc and Boult, who met in the 2015 final and finished the tournament with 22 wickets each.

Gaurav Sundararaman is a senior stats analyst at ESPNcricinfo 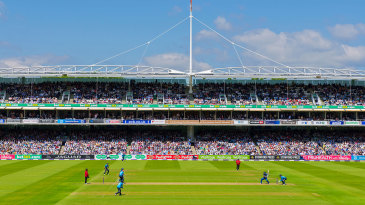 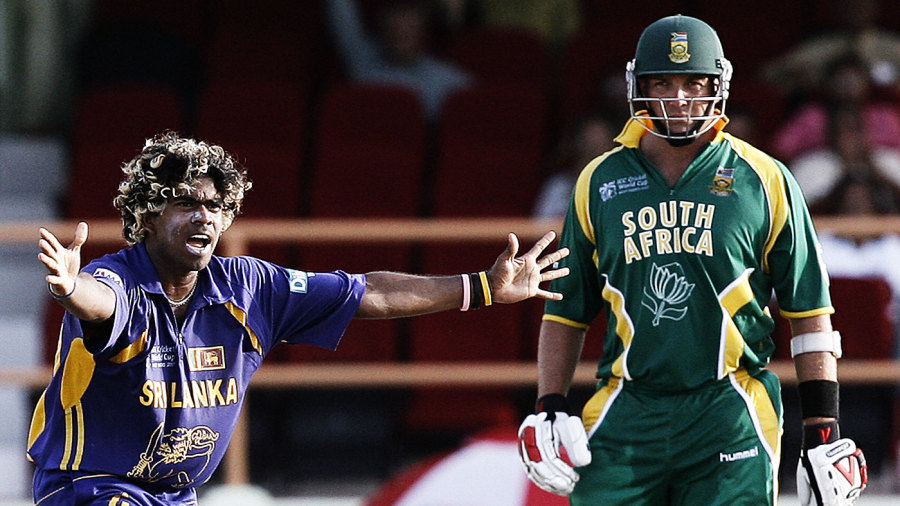 The large and the small of the World Cup

The largest ground, the fewest runs at an edition, the longest winning streak - get a load of some of the numbers that define the tournament