Those men in fiery red shirts

Supporting pre-2004 Zimbabwe was the most innocent of cricket's pleasures. Until you looked deeper

It wasn't until Andy Flower and Henry Olonga's black-armband protest at the World Cup in 2003 that I saw evidence that the utopia might be untenable.

A year later, when 15 players walked away from the side in protest, it would strike me that the utopia itself was an illusion. As a boy who hadn't yet hit his teens, I barely had time for the politics of Pakistan, my own country, let alone being able to pay much attention to those of a small landlocked nation in southern Africa. All the knowledge of Zimbabwe I needed came from those men in fiery red shirts playing professional cricket with an insouciance that was joyfully amateur, and with a pluck by which they always threatened to upset the bigger teams. They very rarely did - much less frequently than most imagine - but watching Zimbabwe play cricket in those days was to enjoy sport as an idealist might: to be entertained by the contest without worrying about the result.

That the team was nearly all white never really bothered me then. So was Australia's, after all, and the same with New Zealand and South Africa. I didn't know then that less than 2% of Zimbabwe's population was white. I knew not the political viewpoints of those playing for the national side, or of the entrenched inequality that meant those white players hadn't made it to the national side by the force of coincidence alone. There was little complication in my head at the time: the best players were selected to play for Zimbabwe.

That explained why at the 1992 World Cup, Zimbabwe's squad comprised fewer black players than England's, and fewer players of colour than New Zealand's. That explained why one family from Salisbury, the Flowers, had, till the turn of the century, produced as many established international cricketers as nearly 99% of the population. Until suddenly it didn't.

For much of the time Zimbabwe's cricket team entranced me, experts estimate that white Zimbabweans owned over 70% of the country's most developed arable farmland. In a country then known as the bread basket of Africa, that was always going to result in deep wealth inequality. When in the late 1990s, the UK prime minister at the time, Tony Blair, terminated British subsidies of land reform in Zimbabwe, it triggered forced seizures of white farmers' land. Reform became political, ugly and violent. Concerns rose among Zimbabwe's cricketers, many of them brought up on farms suddenly imperilled in these new, uncertain times. And a cricket team that had begun to dip its toe into the waters of transformation would see that process accelerated to breakneck speed.

It's unfair to say Zimbabwe in the 1990s did nothing to promote cricket in places where financial strain might have rendered it out of the question. Ever since the country won independence from Britain in 1980, investment flowed into the poorer townships and schools, and scholarship programmes helped the likes of Vusi Sibanda, Tatenda Taibu and Hamilton Masakadza emerge. But with transformation targets pushed aggressively, it would all come to a head in 2004, and when Heath Streak led 15 players to strike, the national side was little more than an empty shell.

I didn't know then that less than 2% of Zimbabwe's population was white. There was little complication in my head: the best players were selected to play

Four days after the strike began, Sri Lanka were playing the first of five ODIs against a woefully inexperienced side; Brendan Taylor was the only white player in it. Zimbabwe were thrashed in each game. In the third one they crashed to 35 all out, the lowest total in ODI cricket. The next year, they lost a Test against South Africa inside two days, and soon after, voluntarily withdrew themselves from five-day cricket for almost six years. It was nearly four years and 69 ODIs till they next won an ODI against a Full Member nation other than Bangladesh.

It is these results, and my overriding concern for them above everything else in Zimbabwe, that makes my infatuation with the Zimbabwean team pre-2004 feel like a guilty pleasure. I have never so much as been to Zimbabwe, let alone lived there. I know little of the crippling poverty that most of the country's citizens face due in such large part to political malfeasance, and even less of the horrors faced by farmers evicted at gunpoint overnight from land they had lived on. Just this week, the United Nations warned the nation was on the brink of man-made starvation.

Yet all I could worry about, even as I read those headlines, was whether Douglas Marillier, Grant Flower, Sean Ervine and the like would play again for Zimbabwe, and what the turmoil meant for cricket long-term. Did I only care to the extent the situation affected the cricket team I felt so protectively towards?

It isn't so much that there haven't been glorious moments for the Zimbabwe side over the past 15 years; arguably those wins are even sweeter for the odds being stiffer against them than in the days before the strike. Taylor channelled Javed Miandad in 2005 and Duncan Fletcher in 2007; Prosper Utseya's hat-trick against South Africa in 2014 revived memories of Eddo Brandes' against England in 1997. There has been a home Test win against Pakistan, and one away in Bangladesh. T20I and ODI success versus a vastly superior Indian team than the one Zimbabwe beat a handful of times in the 1990s whet the appetite, while a 3-2 ODI series win in Sri Lanka is a contender for the upset of the decade we're about to leave behind.

In fact, as my colleague Liam Brickhill pointed out to me, Zimbabwe's results after the strike aren't much worse than those in the pre-strike days. That really is worth rereading; the claim sounds almost deluded given Zimbabwe's lurch from crisis to calamity over the past 15 years. But the numbers back it up. From when Zimbabwe played their first Test to the strike almost 12 years later, they won eight of 73 Tests, which is one in nine. Since they ended their self-imposed exile in 2011, they have won four of 24, or one win per six Test matches. In ODIs over that same period before the strike, there were 66 wins in 236 matches; since then, there have been 70 in 270, only a slight dip. Despite all the upheavals, the Zimbabwe of today are not far below their pre-2004 standards © AFP

The problem today isn't the results; Zimbabwe isn't the ticket you buy if you're in the results business. The vast sums of money South Asia generates mean Zimbabwe would always struggle to keep up; Nepal is possibly already a wealthier, more valuable cricket nation. But the inescapable sense that the next calamity is just around the corner becomes emotionally sapping. How can a game - any game - be fun when the knowledge that defeat could trigger an existential crisis looms large over it, as it did over that agonising, rain-affected defeat to UAE in 2018, which dashed Zimbabwe's World Cup qualification hopes?

I spoke to Grant Flower in 2017 about his views on transformation. The Flower family has stellar credentials in promoting and championing non-white involvement in cricket in Zimbabwe. Grant's father, Bill, coached in the poorer suburbs - none other than Taibu calls him a father figure - and his brother Andy moved to Takashinga, an all-black club, from Old Georgians, which, as you can probably tell by its name, was an elite, all-white club. Grant himself was actively involved in coaching in majority-black suburbs.

"I've always believed if a black player and a white player are equally good, you should select the black player," he said. He would go on to say problems arose when a player of colour obviously not ready for international cricket was chosen ahead of a white player. While the logic of that is unquestionable, it does gloss over the institutional challenges of ensuring that coloured and black players are given similar opportunities as their white counterparts.

But it's much nicer not to think about all that, and I can promise I didn't. I watched grainy YouTube clips of Zimbabwe whitewashing England, and cackled gleefully at David Lloyd's rage when England "flippin' murdered 'em" in 1996-97. I still do. I marvelled at the achievement of this small cash-strapped nation finishing fifth at the 1999 World Cup, and making the Super Sixes again four years later. I still do. I told everyone who listened, and plenty who didn't, the tale of Brandes putting Glenn McGrath in his place with a barnstorming repartee. I still do. I believed this was the place cricket went to in search of innocence, and that it would continue to do so. 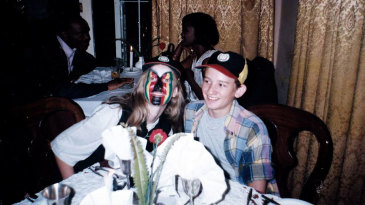 My family's love affair with Zimbabwe and the Harare Sports Club

A family of cricket tragics has always made its presence felt at Harare Sports Club, right since the inaugural Test in 1992 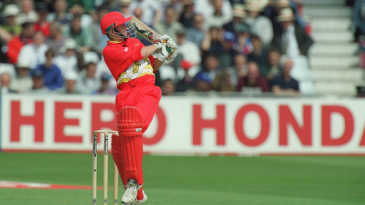 'One thing Zimbabweans do is, they deal well with adversity'

Grant Flower talks about his playing days, the problems facing Zimbabwe's cricket, and whether brother Andy really is a "mood hoover" 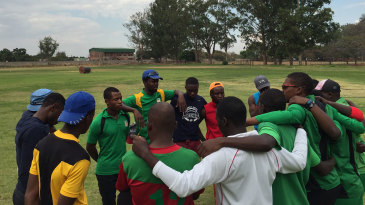