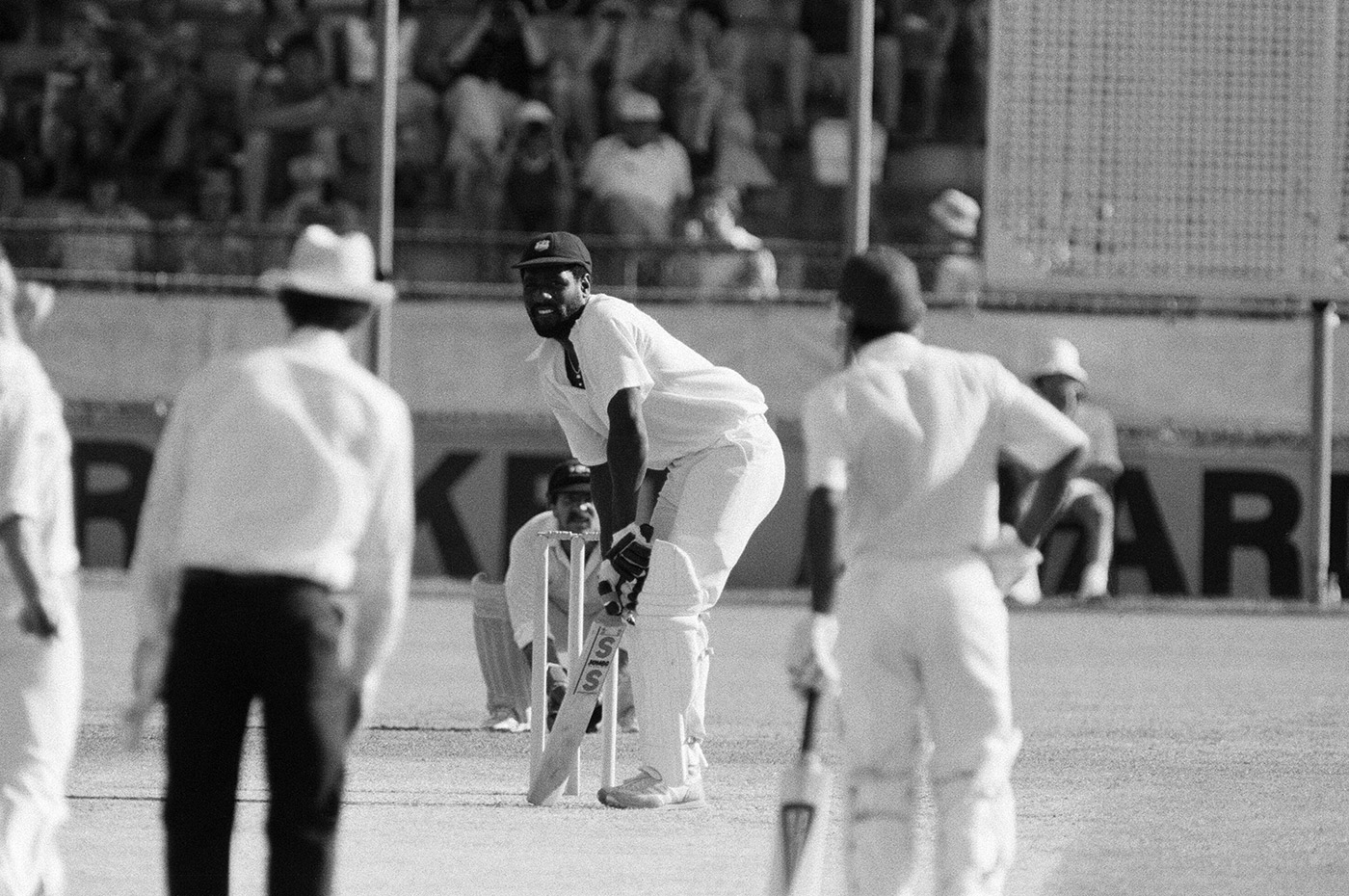 Bring it: Viv squares up to Australia during his 140 against them in Brisbane in 1979

Hero in blue, villain in maroon

For a Somerset and Australia supporter in the 1970s and '80s, the King was problematic

Manor Fields, Bletchley, Milton Keynes, May 18, 1980, West Indies v Northamptonshire. A tour game. The world's best batsman walks off the ground after scoring 131. As he leaves the field, he spits out his trademark chewing gum. It lands on the floor, about five feet away from me. I'm nine years old; it's the first time I've seen him, outside of the TV and newspapers, and I don't know whether to pick the gum up, frame it and put it on my bedroom wall, or to call the cops and have him arrested for littering.

Issac Vivian Alexander Richards scored a hundred less than 20 miles from where I lived, and I wasn't sure whether to cheer or boo.

Had Viv been in Milton Keynes the previous year, or in fact any year before, there would have been no doubt. The tiny lump of gum would have made a pathetic grey addition to a wall covered with cutouts and rip-outs from old Marvel comics - mainly of Spider-Man and the Hulk, my two favourites. Back then, for me, Viv was like a combination of those two, with a bit of Thor's regality thrown in for good measure. Someone who would fight for what he believed in, with pride and honour, and never give up. Power and finesse personified. And like Marvel's most famous heroes, Viv always won.

Now this was all fine and well when Viv was playing for Somerset. I was like many other cricket-loving kids of that time who had seen Ian Botham make his Test debut in 1977 and who immediately became plastic Cidermen - adoring fans who'd never been within a hundred miles of Taunton or picked up a bottle of cider, let alone drunk from it.

The same thing happened with football. I'd seen Kevin Keegan play for Liverpool that year and all of a sudden Liverpudlians were something much more than the "Scouse git" socialists or tarty "Liver Birds" we watched on our TV comedies.

For me, Viv was like a combination of Spider-Man and the Hulk. And like Marvel's most famous heroes, Viv always won

Back then Liverpool was already the best football team around, which helped when it came to bragging rights within the family and on the school playground. Towards the end of the '70s, Somerset too began to establish themselves at the top of the pecking order, at least in one day-cricket, which was the only cricket we ever saw, on TV.

But while Botham performed his first heroics for England, against New Zealand, Pakistan and India, it was Somerset that Viv's star shone for. In those two years he scored match-winning Gillette Cup hundreds against Warwickshire, Essex and Northants (in the 1979 final). With Viv in the Somerset team, you always felt like you would win, whoever you were playing - Kent, Middlesex, Essex, any of the big names. Didn't matter how many they got, our Viv would always get more. You saw him stride to the crease and it was as if he was saying, "Nothing to worry about, guys, just sit back and enjoy the show."

Watching on TV, I was vaguely aware that this was the bloke who had scored all those runs for West Indies against England a few summers earlier, that year when it was really hot and I was five. His maroon West Indies cap was perched jauntily on a thick head of hair back then, but the dark blue Somerset cap seemed to fit more perfectly. Like he was our player and they just borrowed him during the winter when it was too cold and wet to play cricket over here, and he needed something else to do or he'd get bored. We had to lend him back to West Indies at the start of the 1979 season for the World Cup, but that was okay. Even when he smashed England and Ian Botham all over Lord's in the final, it was our Viv out there winning the World Cup.

The next time Viv put on that maroon cap, however, he went and did something that I could never really forgive him for.

Before I was a Somerset fan, a Botham fan or even a Liverpool fan, I was an Australia fan. Sounds a bit strange for someone born in Cornwall, who grew up in Buckinghamshire (although I later found out that the Chappell brothers have Cornish ancestors) but look at it like this.

You have a kid brought up by long-haired hippies who wore denim flares and Afghan jackets, with Supertramp and Donovan never far away from the radio or record player. It was pretty obvious that of all the cricket teams you saw on TV back then, I'd most likely root for Australia.

England was a team full of old boys: sixties straights who looked and dressed more like your grandad than your dad. The West Indies fans made too much noise for my liking, although I wouldn't have minded some of their cool Caribbean confidence.

No, there was only one team who looked and behaved like the people I knew and the rock stars I heard on the radio. Thommo, Chappelli, Roscoe, Bacchus - modern-day monikers that said "Up yours" to the stuffed shirts long before Botham made fun of any gin-swigging dodderers.

Lillee, Thomson and Hogg charged in at him; they were the best of the Packerless bunch. This great Australian team threw everything they had at him and he came out on top

It was after watching Chappell's 1975 Australia team beat England to win what I later found out was the Ashes that I got into cricket in the first place. In my earliest back-garden Test matches, I was always Australia, racing in like Dennis Lillee, flicking it to leg like Greg Chappell. And like Liverpool, and later Somerset, back then Australia were the best. Cue more back-garden bragging.

When Australia turned up in England two years later and lost, that was okay, because half of their team - including Lillee - was missing. When England beat them 5-1 in the return down under, that didn't count either, because, as I was vaguely aware, some old bloke in a suit had signed up the proper Australian team to play for his circus. Through those lean years, I kept saying that once the proper Australian team were back together again, everyone would see that they were still the best.

And then, when Kerry Packer finally got out of the way so we could watch televised highlights of Australia's 1979-80 Tests against England and West Indies, that's when Viv, the great Viv, our Viv, went and turned on me.

His hundred in the first Test, at the Gabba, was just as dominant and masterful as anything I'd seen him make for Somerset. Lillee and Thomson charged in at him, as did Rodney Hogg; they were the best of the Packerless bunch, but it made no difference. This great Australian team, my Australian team, threw everything they had at him and he came out on top, seemingly without breaking a sweat. Even without Clive Lloyd, West Indies racked up 441, a decent total on the sort of Test wickets being produced in Australia back then. Everyone chipped in, even that other Somerset turncoat Joel Garner, who managed 60 to go with his four wickets in the first innings. 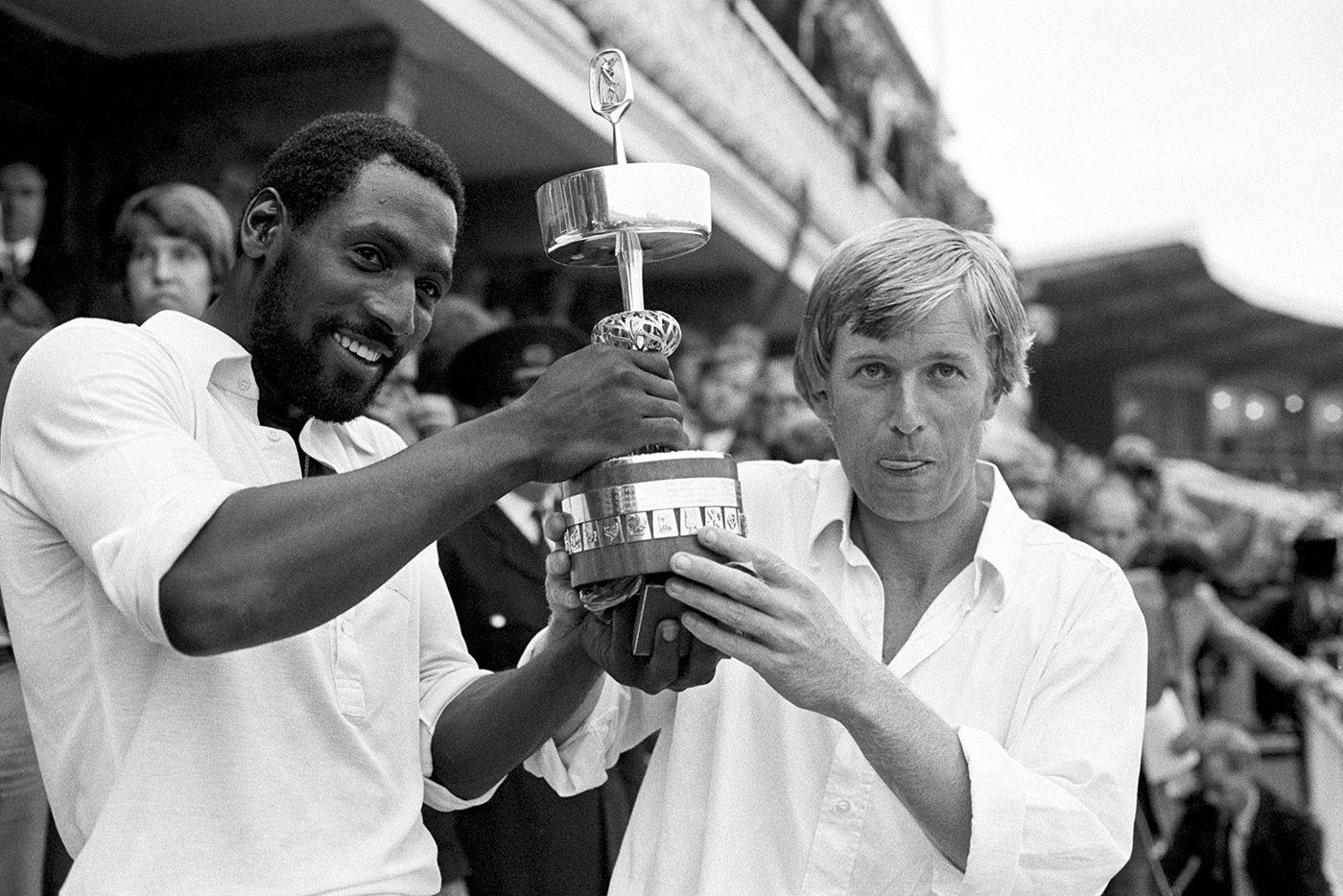 Australia batted well enough in their second innings to force a draw, and when the main man, Ian Chappell, returned for the next two Tests, hope was rekindled. But this was a different West Indies side - different even from the one I had watched destroy England in 1976. That team was all flamboyance and flair; these guys had all that but also the determination and drive of a team of winners, a team who knew that they were now the best. And in among all of those amazing players it was clear that Isaac Vivian Alexander Richards was the best of the best.

I remember watching highlights of the third Test, in Adelaide, on TV. It was the first morning and with the ball moving around, Geoff Dymock, and in particular Lillee, were giving the West Indies openers a torrid time. When Gordon Greenidge was out, lbw to Lillee for not many, in walked Richards, and for the rest of the morning and into the afternoon, it was like watching two different games. At one end Desmond Haynes was scratching about and could hardly get it off the square. And at the other, Richards looked like he was facing pop guns on a featherbed. "Our Viv" was just "Richards" by then.

That 76, from 72 balls, was his lowest first-innings score in the three-match series. This was the world's best batsman at his absolute peak, relentless, remorseless. Although I didn't see it quite so objectively at the time. Either way, West Indies won 2-0, easily. Australia were no longer the best team in the world.

Watching Viv's replacement, Sunil Gavaskar, pat back the sort of balls that Viv would put into orbit, wasn't much fun for us

Soon after, when I heard that West Indies were to play in England the following summer, I was quite pleased. After what Richards had done, I didn't feel much like cheering for him. He needed to do a little bit of penance before his discarded bubblegum would be going up on my bedroom wall.

However, things soon changed when, without him, Somerset were knocked out of the Benson and Hedges competition in the group stage, and out of the Gillette Cup in the first round. Botham was overweight, had a bad back, and was captaining England with all the confidence of a Scottish football goalkeeper in a World Cup qualifying decider. Watching Viv's replacement, Sunil Gavaskar, pat back the sort of balls that Viv would put into orbit, wasn't much fun for us plastic Cidermen either. Viv himself, meanwhile, owned Lord's with a majestic 145 on one of the few days that summer when the sun was out and it didn't rain.

The following year we welcomed Viv back and Somerset started winning things again. The Benson and Hedges Cup in 1981 (with another Richards hundred) and 1982, the Gillette Cup again in 1983.

When Viv helped West Indies thrash England 5-0 in 1984, his maroon cap fit perfectly. It was like he was their player now and they were just lending him to us, in the summer, their winter, when he had nothing else to do. 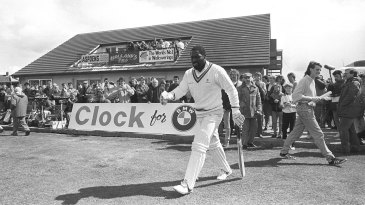 The King and I

Watching and playing against Viv Richards was a privilege accorded to a few, and everyone came away with a story 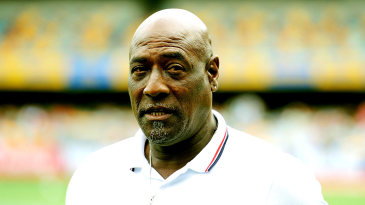 'If I had to pick between Sachin and Lara, I'd pick Sachin in my team'

We asked Viv Richards 25 questions: about his favourite batsman, the bowler who gave him sleepless nights, and the song currently stuck in his head 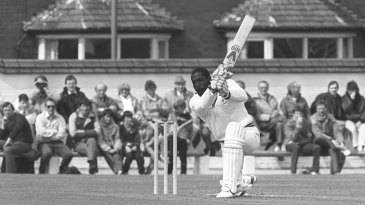 A look back to the time, 30 years ago, when the Lancashire League found a superstar in their midst