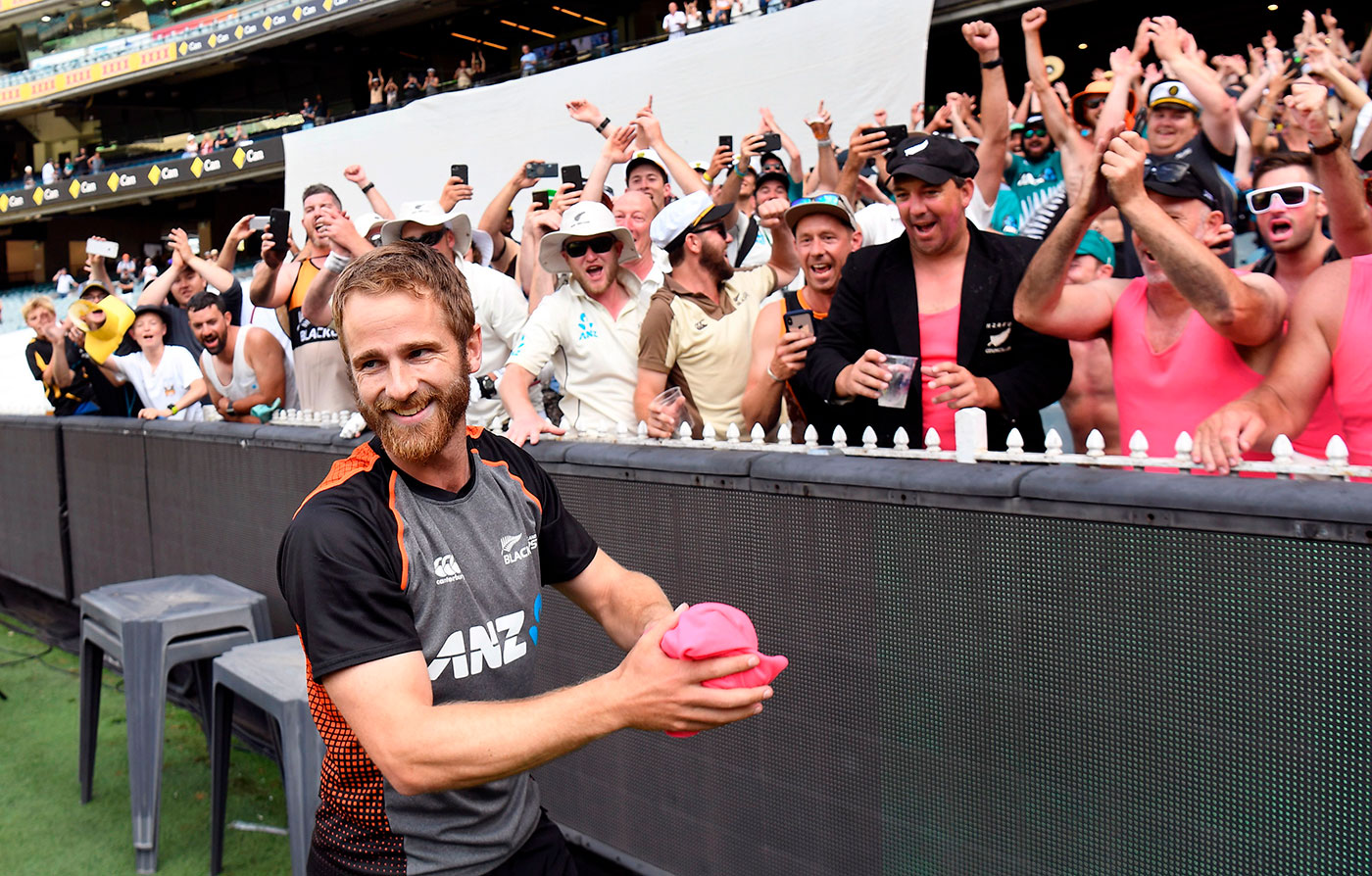 Everyone wants one. It's not easy dealing with the swelling ranks of Williamson devotees

If this article had been written about a year and a half ago, it would have been about Kane Williamson's neck beard - that abomination creeping up towards his face like water hyacinth across a lake. But since then, two things changed that took me a while to notice. First, Williamson began to style his beard in a way that suggested he could finally see beneath his chin in the mirror, and second, everyone in the world had come to love him, which meant he was no longer mine.

I know it's not like Williamson gained a huge number of fans only in the last year or so, although I suspect the sharp beard work did attract some. It's just that I started paying attention to the sighs, the lovesick smiles, the affectionate jokes, and all that shameless referring to him by his first name like he's your boyfriend. It sickened me.

Here I was thinking of Kane as the indie band I had uniquely stumbled upon and possessively loved, only to see him turn into an international sensation adored by millions. I hated everyone who wrote about his unfussy batting and his self-effacing personality, silently cursing them for being Justin Bieber to the Fjaðrárgljúfur canyon. I worried that all this attention would mess up his run-scoring, but more that he wouldn't feel special to me anymore. Why can't people go worship their Kohlis, Smiths and Dhonis and leave Kane to me, I fretted. Why do I have to endure listening to people talk about how he'd break so many records if only he played for a team with a favourable FTP, or about how gracious he was, how modest he was, how universally loved he was? Why did everyone else have to share my disappointment when he got out? And worse, why did they ask so kindly if I was okay when he got out? "No, I'm not okay. Not because he's out but because you appear to care about it as deeply as I do. Stop it right now!"

Obviously all this was happening in my head. Kane had been an international sensation right since his schoolboy days, with everyone in New Zealand and elsewhere certain he was going to become an all-time great. I had hardly discovered him in any way. Yet don't we all secretly wish for our favourite artist to become a world-famous superstar so we can bask in the sense of validation? As I grappled with my feelings, wondering why I was descending to such unwarranted, childish resentment, I realised the problem wasn't other people. It was Kane. He was an impossible ideal. While compiling questions for him for ESPNcricinfo's 25 Questions series two years ago, I put down: "What's the most challenging thing about being a child prodigy?" I expected if not a heartfelt confession at least a self-conscious giggle. In the interview you see Kane visibly blanch at the question (like he'd swallowed some of that erstwhile neck hair) and deny he had ever been one. There was that infuriating modesty. Even in the pre-social-media 2000s, you couldn't read anything about New Zealand cricket without encountering buzz and chatter about this teenage wunderkind and why New Zealand shouldn't wait too long to pick him. And here he was insisting he hadn't been marked out for greatness.

The day after the 2019 World Cup final was unbearable. Dealing with the bizarrely unfair result was bad enough, but the outpouring of affection for New Zealand from all over the world felt suffocating - like I had no space to grieve myself. And while I walked around in a bubble of existential angst, Kane was stoic, measured, yet willing to speak about the pain of losing without actually losing. How did he give so much and not lose a bit of himself?

He always manages to look more enthusiastic celebrating a batting partner's hundred than his own, but even then he's mindful of stepping away to let them soak in the applause. He is generous when praising the opposition, never seen angry on the field, always containing his emotions as he walks off. He accepts birthday cake from spectators in Colombo and walks up to thank New Zealand fans for their support after a painful defeat at the MCG. Even when he fails, he shines. He's the internet boyfriend's boyfriend.

His style of play suits all three formats, he has Test hundreds in nearly every country, is phenomenal under pressure, has a superb control percentage (which is a statty way of saying he does little wrong), and is a tactically sound captain for New Zealand and Sunrisers Hyderabad. He has even worked out how to score off Jasprit Bumrah, but denies he has done anything special. "Maybe ask like AB [de Villiers] or some of these guys that are superstars that might have some bits of gold for you," he said after scoring a masterful 95 against India in Hamilton last month. "For me, it was trying to look for areas in the moment on that surface."

He's also got a silly sense of humour. At the post-match presentation after New Zealand won 2-1 in the UAE in 2018-19, their first away Test series win over Pakistan in 49 years, Ramiz Raja asked him how the long wait had felt. Kane replied: "It wasn't a 49-year wait for me," and then laughed goofily. Which makes me think Cricket Conversations with Kane and Ramiz would make a great comedy special on Netflix.

Sharing Kane with the world is unpleasant, but loving him is also hard because of how unworthy it makes me feel. I kinda hate how perfect he appears and wouldn't mind hearing some stories of him as a jerky little teen bullying a less talented player, lying about doing his homework, or introducing himself as "I'm Kane Williamson. Who the hell are you?" instead of ones about agreeing to go on a date for charity, interacting with students at Oxford, and getting Dale Steyn to sign his cracked box.

But in that 25 Questions episode, two answers point slightly towards a life that may not be as perfect as we like to imagine it. When asked why so many contemporary cricketers have beards (while wearing a very flattering one himself), he says it's probably because if they shave it off, they will look very young, like he does. Bless him, he worries about his looks, about fashion! Then, asked what advice he'd like to give his younger self, he says: "Probably what I'd tell any kid. Everybody's different. Don't try to be someone else. Work with what you have."

It's standard, although great, advice, but it makes me wonder how many times he has felt insecure enough to remind himself of that. Every performer struggles with self-doubt and, in the best cases, it pushes them to get better. Kane would have had to deal with self-doubt as well as the heightened pressure of expectations that come with being a precocious talent. That we see so much good in him even on soul-crushing days is perhaps because he trusts himself.

So perhaps I'll do that too and be at peace with my ugly, self-loathing-tinged devotion, and trust that it will slowly transform into a love he deserves. He'll probably have retired by then and I can pitch the idea of Kane and Ramiz to him. 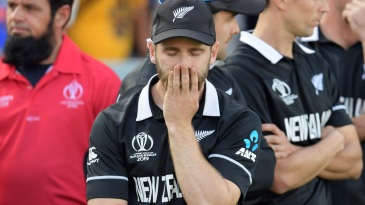 What the luck! New Zealand, and the randomness of life (or a World Cup final) 'It's about trying to stay elastic with your thinking'

Kane Williamson talks about his approach to captaincy, his equation with Mike Hesson, and the non-stop nature of the cricket calendar 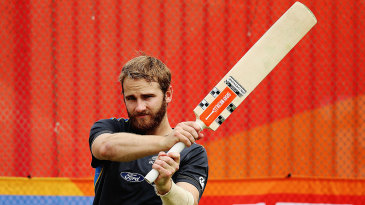