The Waz and Vicky Show: between them, they took 17 of the 20 New Zealand wickets to fall in Hamilton in 1993

New Zealand has always been a pleasant country to play cricket in, and, for long, were a pleasant team to play against. It took them 27 years to win their first Test. For Asian sides touring there, though, victories haven't come easily. New Zealand have lost only five Tests at home to Asian teams since 2001.

Pakistan in Hamilton, only Test, 1992-93
It was the second Test at this venue; the first one, against Sri Lanka a couple of years prior, had produced a rather exciting draw across five days. It is safe to assume the nature of the strip they used for this one was altogether different. Pakistan's top three managed four runs among them, and only a steely 92 from Javed Miandad dragged them out of the ditch. Seamer Murphy Su'a did much of the damage, and New Zealand, though they were missing John Wright and Martin Crowe to injuries, knocked off half of Pakistan's total before they lost their first wicket. And while the Pakistan fast bowlers removed the last four for ten runs to keep the lead under 50, their batsmen turned in another indifferent batting performance and New Zealand had only a routine 127-run chase ahead of them.

Time for arguably the greatest fast-bowling duo to raise their game to a level New Zealand had no answer to. Wasim Akram and Waqar Younis took five wickets each with hostile pace and swing, and Ken Rutherford's side were razed for 93. Rod Latham's dismissal - he was bowled by a viciously late inswinging yorker from Waqar for a duck - perfectly captured the thrill of watching Pakistan play in the '90s. India in Dunedin, first Test, 1967-68
Of the 17 Tests New Zealand have lost to Asian opposition at home, three came in a single series to an Indian side that had, up until then, never won an away Test.

The first match, the most absorbing Test of the series, set the tone, even if it didn't appear that way when New Zealand racked up 200 for 1 on day one. Medium-pacer Abid Ali starred with four wickets as New Zealand were kept to 350, but the notion that this win was a team effort was reinforced all through the Test for India - every batsman who came to the crease across both innings would reach double figures, even No. 10 Ramakant Desai, who fractured his jaw after being hit by Dick Motz, but still hung on to make an unbeaten 32. India also had a fair bit of luck: eight catches were by dropped by New Zealand's fielders.

The pitches in the series favoured spin and New Zealand just hadn't faced the likes of Erapalli Prasanna, who took six wickets to wrap up a comfortable five-wicket win for India. They had made history, and over the next two weeks would make it twice more. Chaminda Vaas took two ten-fors in his career - against New Zealand in Napier in 1995, and against West Indies in Colombo six years later © Getty Images

Sri Lanka in Napier, first Test, 1994-95
Much like India in 1968, Sri Lanka were unacquainted with the joys of an away Test win when they arrived in New Zealand in February 1995. Their previous five Tests there had produced two defeats and three draws, but this unit, led by Arjuna Ranatunga, was stronger than any Sri Lankan outfit that had travelled abroad previously.

It didn't show on the first day, when, put in to bat on a green wicket, they lost six wickets for 88 runs, and only a fighting half-century from the captain took them to 183. Sri Lanka's quick bowlers, however, showed they too were adept at getting batsmen out. Twenty-one-year-old Chaminda Vaas took five as New Zealand were shot out for 109.

In the second dig, Sri Lanka's middle order would bail out their misfiring top three again - debutant keeper-batsman Chamara Dunusinghe came to the fore with 91. Needing to bat out five sessions, New Zealand managed to resist for 84.4 overs. Two (future) giants of Sri Lankan bowling secured the historic win, Muttiah Muralitharan taking five with his turn and bounce and Vaas the other five to get Sri Lanka's first ten-wicket match haul. In the second innings in Wellington in 2009, Martin Guptill inside-edged a full delivery from Mohammad Asif onto his stumps © Getty Images

Pakistan in Wellington, second Test, 2009-10
In those heady, innocent days of 2009, we delighted in the prospect of Mohammad Amir and Mohammad Asif starting a match together in New Zealand, relishing the thought of watching these two magicians in their prime for years to come. After Pakistan posted 264 in the first innings here, Amir and Asif got going. The 17-year-old Amir began with one that seamed away to remove Martin Guptill, and then it was Asif's turn.

If you have seen one Asif dismissal, you may well have seen them all, and yet, once you've had a taste, how could you ever stop watching? That wrist position sets the ball up to swerve this way and that in the air, and by the time it finally decides on its destination, the batsman is already committed. In this innings, four New Zealand batsmen fell this way, never quite getting a read on the ball's line or its shape. New Zealand would succumb for 99, just half a dozen more than Waqar and Wasim had allowed in 1993, and in truth the bowling was almost equally skilful.

New Zealand were set 405 to win, and Amir and Asif rendered the figure academic immediately. Asif would take another five, bringing him up to nine for the match - his second-best performance in Test cricket. 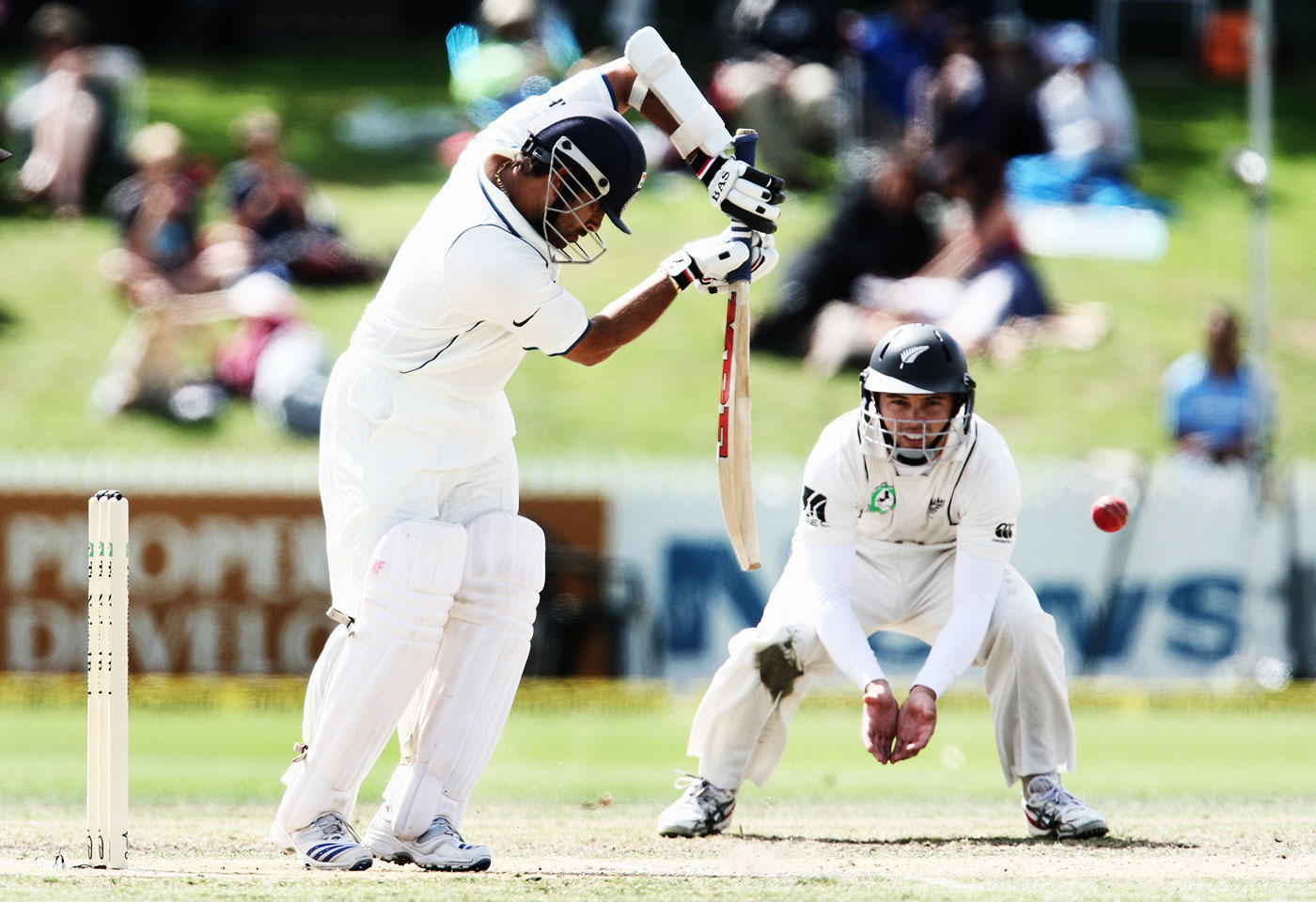 India in Hamilton, first Test, 2008-09
Since 1976, India have won twice as many World Cups as they have Test matches in New Zealand, which on its own should make this particular success notable enough. The game itself was a cracker. New Zealand were rescued from 60 for 6 by a 186-run partnership between - get this - Jesse Ryder and Daniel Vettori. But a dream Indian batting line-up kept New Zealand in the field for two days.

Sachin Tendulkar survived a tricky early spell, during which he was put down off Vettori's bowling, and then never looked back. He brought up his hundred - one of just two he managed in New Zealand - with an edge through slips, but there wasn't much else fortuitous about the innings. His comfort against the quicks was almost absolute, and the back-foot punch through covers, arguably his signature shot, worked to glorious effect for much of the innings. With support forthcoming from the rest of the order, including a half-century from Zaheer Khan, India amassed a 241-run lead.

Six wickets for Harbhajan Singh in the second innings gave India a perfunctory 39 to chase, which they eased to in six overs. It was a thumping win - and the only one in the last four decades for India in New Zealand. Unlike other Pakistani cricketers who have strayed, he has not been at pains to show penitence Bring back Shane Warne, Shaun Pollock and Wasim Akram because we have a conundrum here that only they can solve. The way Sachin Tendulkar has batted on this tour, and in the matches leading up to it, it seems he has hit the kind of patch he did in the mid