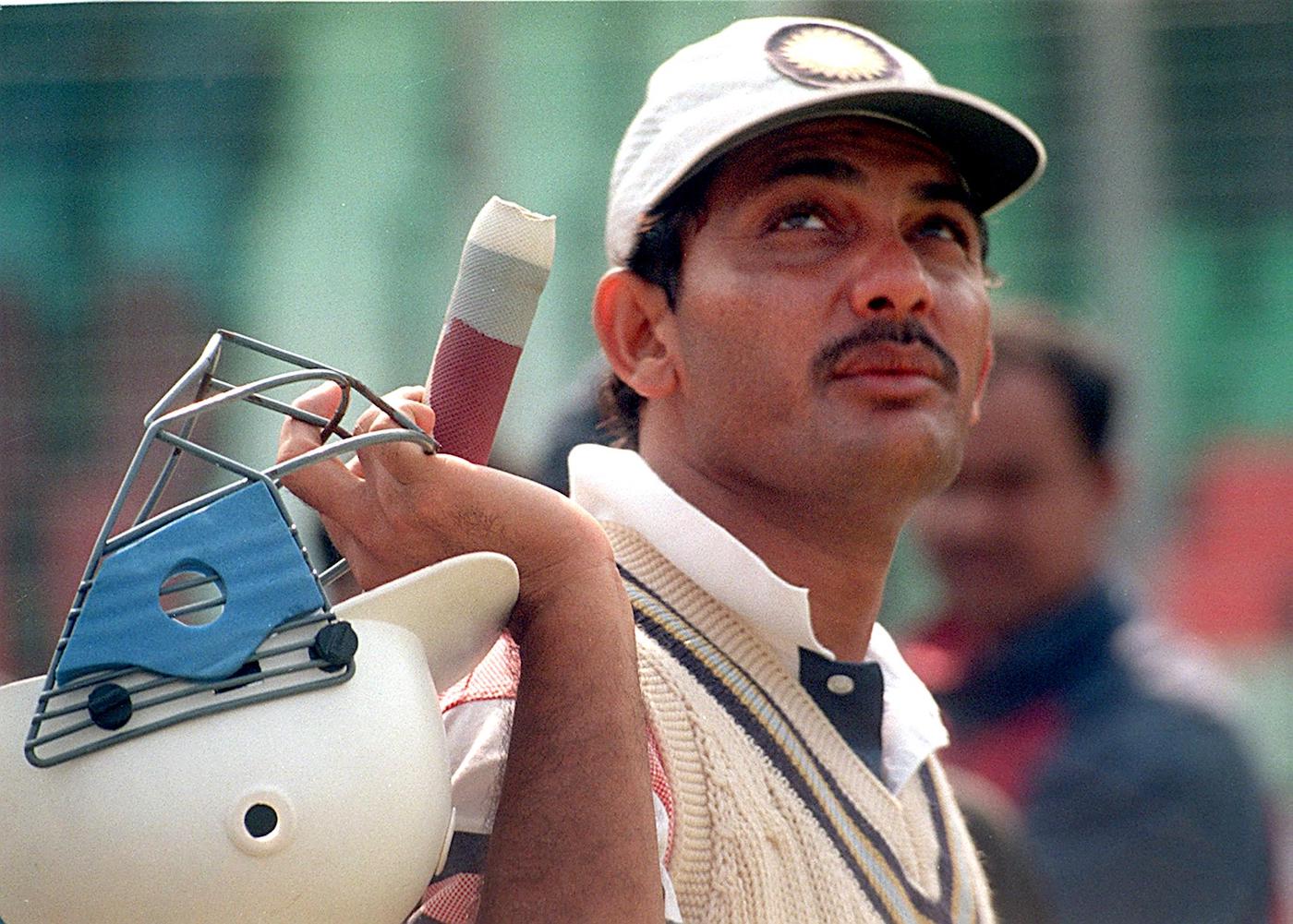 Many years after the initial shock, I had a Great Gatsby moment. You remember where Gatsby introduces his friend and the narrator of the novel, Nick Carraway, to Meyer Wolfsheim, the man "who fixed the World's Series back in 1919"? I was introduced to someone who "fixed the man who fixed the Indian captain". I didn't know what to make of it. It verged on the edge of possibility. I never saw the person or heard of him again.

It was macho in those days to be known as a fixer. Power begat admiration, even fear, and many capitalised on it. Claiming credit for misdeeds, even if falsely, was a way of gaining entry into a world of intrigue and money and influence and crime. A fixer was James Bond in reverse. Glamorous, but on the side of the bad guys.

By the time of that encounter, Mohammad Azharuddin was already in the doghouse. His career had ended at 99 Tests. He had also played more one-day internationals than anybody else at the time. For a while he had been the most loved cricketer in the country. There was an innocence about him, a shyness that was startling, even irritating in an international superstar. He burst into tears when sledged in Australia. He was God-fearing, polite, soft-spoken, modest - all the qualities Indian fans love in a player. And he used the cricket bat like a magic wand, seeming to merely wave it over the ball to send it to the boundary. There was a gentleness to it; even the fiercest drives never screamed or imitated tracer bullets.

His wrists brought back memories of Gundappa Viswanath and even Ranjitsinhji, especially for those who hadn't seen these greats play. How could you not love him? And we did.

He loved us too, repaying us with big scores, three centuries in a row to start with, and then more in Auckland, Lord's, Adelaide, Cape Town, Colombo, Wellington. Asked what his favourite shot was following a brilliant 192 in New Zealand, he replied, "The shot that goes exactly where I want it to go." By then he had become captain of India, and had to deal with two former captains in the side.

That Auckland innings, where he figured out exactly where the runs were, the 121 at Lord's a few months later, and the 115 in Cape Town in 1997 must rank among the most pleasing innings by an Indian batsman abroad. In the Cape Town innings, he added 222 with Sachin Tendulkar after India were 58 for 5, a partnership that, Wisden remarked, "illuminated the game with its sheer brilliance and aggression in the face of adversity". Ninety-nine problems, but the wrists weren't among them Graham Chadwick / © Getty Images

And then there was the outstanding fielding. Anywhere. Cover-point, where he ran with grace and threw with speed and precision. Slip, where he caught what didn't look like chances till he somehow converted them. He loved fielding, and the joy communicated itself to the spectators. He remains the best all-round fielder the country has produced, marrying elegance and purposefulness with the same casualness with which he married the two aspects of his character - the black and the white.

Those were days when touring journalists were part of the entourage. We often travelled with the players, were invited to the same functions and dinners, and built relationships that were long-lasting.

"Come over, let's talk," he would say sometimes, and I would go over and talk. Or there would be a knock on my hotel room door and he would be there, waiting to talk. He missed his grandfather who had brought him up, he missed friends on long tours, and he wanted validation that he had acted rightly on the field - the bowling changes perfect, the field placings ideal. This was either childlike innocence or a brilliant ploy to win journalists over. It didn't matter. Our friendship grew.

"It made you blind," Cho Ramaswamy, the late Tamil Nadu politician, editor, actor and humourist, told me once. "Journalists covered for him. You believed he was the same innocent boy he was on Test debut."

That wasn't true. No one who has played for India for even one season can retain his innocence. Azharuddin and I were once watching a first-class match in what was then Madras, when someone brought him the news that he had been made vice-captain of the South Zone side for the Duleep Trophy. "Now the f**kers will have to make me captain of Hyderabad," he said. That is not innocence speaking. But one accepted the change. It would have been churlish otherwise.

The relationship had begun on a tour of Sharjah when he would come into the media box (a glorified name for a few steps with tables on them), sit on the step beside me and watch the game.

"So you make notes," he said early on, watching me scribble away.

"Then you go to the office and exaggerate?"

He meant "elaborate", of course, but out of the mouths of babes and sucklings… Bookie mistake: Azhar's dalliances with bookmakers catapulted him from most loved cricketer to public enemy No. 1 © Getty Images

On another tour of Sharjah, I wrote in the local newspaper that Pakistan had taught India a lesson (in cricket!). I immediately became public enemy No. 1 among Indians. The switchboard was jammed with calls asking for my head. Threats were made. Nasty questions were asked about my parentage. "Hey thanks," he said, "for deflecting the abuse" the Indian team usually got when they lost to Pakistan.

He had a bad tour of the West Indies when he was accused of backing away against fast bowling. He did it to exploit the open areas on the off side, he said. Didn't Bradman do that in the Bodyline series, he asked.

I am not sure when the whispers began. Towards the end of the last century they gained a level of seriousness. "He was photographed with bookies in Dubai," someone said. "I had no idea," he said. We can't choose our relatives, but we can choose our friends, and be careful whom you choose, I added my bit.

A pattern began to emerge. Simple living and high thinking were slowly replaced by simple thinking and high living. The watches got more expensive, the perfumes more rare. The boy who was embarrassed to answer questions and struggled in press interactions had grown into a man who took offence easily and multitasked at press conferences, clipping his toenails and looking distracted. Girlfriends began to make news. After handling fame and fortune so well for some years, he suddenly became a man who could handle neither. He was fast becoming a cliché, even if a delayed one.

And then came the revelations.

India had lost matches they should have won. Cricket had become a game of inglorious certainties. A UK newspaper suggested he had used his wrists for toting up more than runs. His biographer went on record saying he regretted having once written a book in his praise. He was banned from the game. Former team-mates shunned him.

That was my response for many years too. He had cheated the game, cheated us, cheated himself. I would have nothing to do with my friend. He deserved to be shunned forever. Legally he hadn't committed a crime - fixing was not, still is not, a crime in India - but morally he had. He had shaken our trust in the purity of the sporting contest. And it affected his colleagues too. Did that dropped catch happen naturally or was it made to happen? Was that run-out genuine or the result of money changing hands? Was that upset engineered or true?

Something had gone out of cricket. He who had lost his innocence long ago had now squeezed the innocence out of the game itself. All that you can leave behind: India recovered from the dark days of match-fixing. Azharuddin did too © Associated Press

Eventually the Andhra Pradesh High Court ruled that the cricket board did not have enough evidence to support the ban. He, naturally enough, interpreted it for public consumption as a certificate of innocence. It was not. The story had merely moved into the category labelled "unproven" from "everybody knows".

Everyone deserves a second chance, and a lifelong ban that could never be revoked began to, increasingly, make less and less sense to me. Perhaps it was a function of age. Perhaps it was residual friendship. But it was significant that there had been no apology, no sign of remorse. Truth and reconciliation go together; you cannot have the latter without the former.

When Hansie Cronje confessed to fixing matches, a letter writer wrote to a newspaper: "He was adored. Now we know he was a fake. When we cheered, he mocked us. When we suffered for his loss of form, he counted his money. Our hero was just another greedy man." It was a sentiment echoed thousands of kilometres away in another continent, for another national hero.

India recovered from those terrible days. A whole generation has grown up without the trauma. And for this the captain at the time, Sourav Ganguly, and the other cornerstones of the Golden Age - Rahul Dravid, Tendulkar, VVS Laxman, Anil Kumble, Javagal Srinath, Harbhajan Singh, Venkatesh Prasad - deserve a nation's gratitude.

The man we loved to love and hated to hate, who became the man we hated to love and loved to hate, later fell somewhere in between. There was neither love nor hate, but pity perhaps. Or indifference. He became a successful politician. Invited to a function by the Karnataka State Cricket Association in Bengaluru, he sought me out and enveloped me in a bear hug. It was a big night for his bear hugs. He hugged some of his former colleagues too - none so publicly as Tendulkar.

Was all forgiven? It is difficult to tell. From certainty to ambivalence is a big step. 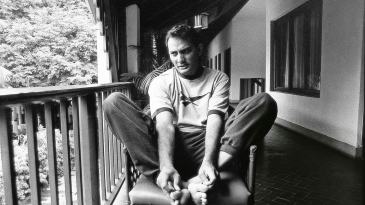 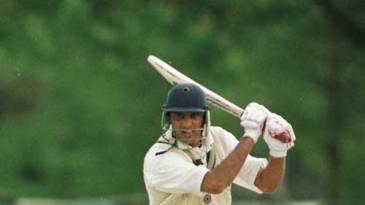 The fall of Azharuddin