David Gower played 117 Tests and 114 ODIs for England, and captained them in 32 Tests and 24 ODIs, between 1978 and 1992, before a prolific career as a commentator. On trip to Cape Town with the Lord's Taverners, in which he was part of a demonstration of table cricket on Table Mountain, he picked a Best XI, "of Englishmen with whom I played, at short notice, and with absolutely no thought process whatsoever".

Graham Gooch
He is someone I grew up with and played with from my early days in Test sides, and he became one of the most efficient batsmen ever. He had plenty of ability but honed his attitude and became one of the most professional players you will ever see. Every day was important to him. If there is anything I admire in him, it's the fact that every day for any team was important, and for England, doubly important. He became a very, very efficient run maker.

"Geoffrey Boycott once said to me, "If we had your ability and my brains, we'd be a hell of a player." And then he said it far too many times for it to be funny"

Geoff Boycott
A very different sort of character. I overlapped with Geoffrey at the end of his career for four years and at the start of my career. I won't say we are similar spirits. We approached the game in completely different ways but you have to admire his determination to prove himself every day and to set himself high standards. He once said to me, "If we had your ability and my brains, we'd be a hell of a player." And then he said it far too many times for it to be funny. I always decided that I quite liked being me and I didn't really want to be Geoffrey, even if it cost me a few runs through a bit of carelessness every now and again.

David Gower
I ended up making just a few more runs than Geoffrey, which annoyed him immensely, but this proves that you can get to the same place in history by very different routes. I knew I was fallible but I also knew I could be good, and I knew on a good day I could be very good. And my record is not bad. I am going to stick myself at No. 3, which is where my best days were.

Allan Lamb
He is a great mate and I have to confess that straightaway. I just liked having him around. Teams are about having the right people. Someone like Lambie always wanted to be involved with what was going on, on and off the field. He had a very strong spirit, a very competitive spirit, and was one of those people who was good in a dressing room. You know how sometimes people can lift you? He was one of the lifters, so I liked having people like him around to lift the mood, lift the atmosphere and make some bloody good runs as well. Robin Smith
I played with him at Hampshire at the end of my career. He is an interesting character because he is such a nice guy off the field, and underneath it all, as he has recently revealed in his book, not the most confident of characters off the field. He could portray an image for sure but put a bat in his hand and shove him out there on the field and you would look at him and think he is one of the braver players ever to hold a cricket bat. He got some tough runs against West Indies. He was labelled as not being very good against spin and then went and made a hundred in Colombo, as if to say, "Am I still not very good against spin? Well, there you go".

Ian Botham
As the pre-eminent allrounder of my era, Beefy is just a shoo-in. He was brilliant with the bat, brilliant with the ball, and on his best days, brilliant in the field. Off the field, you needed to manage him very carefully and make sure you're not with him every night. If you think back to my era, we had some of the great allrounders of all time competing against each other. Him, Imran Khan, Kapil Dev, Richard Hadlee - that's not bad for one era. I know that he looked upon that as yet another incentive to prove himself. There was no need for any of us to worry about competitive spirit with Ian, but we all looked for things to add to it. When we'd come up against Imran, he wanted to be better than Imran. We'd come up against Hadlee and he'd say, "Well, he can bowl but he can't bat as well as me." And the same with Kapil. He wanted to prove himself as the best of those four.

Alan Knott
I only played a handful of games with Alan, but he was a genius with the gloves, with a magician's sleight of hand. Unorthodox, and more than handy with the bat too. I played a lot more with Bob Taylor, who comes second only by a hair's breadth - the fate he had to suffer as a player when Knotty was the competition.

Phil Edmonds
I've only got one spinner and I fought very hard to get him on the tour to India in 1984-85. He was deemed to be a difficult character by some in the game but I got on exceptionally well with him and at that time he was the best spinner in the country. I just said, "I want the best spinner." They said, "But he is a difficult customer," and I said, "Not to me, he isn't," and we had the most fabulous time. He was a very different sort of animal. He was brighter than average, compared to a lot of natural sportsmen. At the same time as his cricket career was developing, he was developing a business career. He was a clever lad from Cambridge University and he liked challenging people, which I found all part of the fun. As an individual he would challenge you all the time. I look at him as one of my favourites.

Graham Dilley
On his day he was as quick as anyone in that era, and he swung it. His runs at Headingley in 1981 with Botham were part of turning the Test match there. We've got a very quick man in Dilley. No one likes pace from the other end and he provided some pace.

Neil Foster
He bowled great lengths, brisk enough to hurry you, and got the ball moving around. He would love a Duke's ball, I can tell you that. He put some hard yards in India, bowled beautifully and helped us win a game in Madras in 1984-85. There's all sorts of contenders who could have slotted in there but I've picked Fossie.

Bob Willis
I was so fond of Bob, who got, as it were, posthumous recognition. His highlight was 8 for 43 at Headingley. I saw him bowl in all sorts of places with a spirit that you don't often see. Bob was captain before me and he was the sort of character that wouldn't brook anyone not putting effort in. When he played for England, he put absolutely everything into that performance, and Headingely was the pinnacle of that. He didn't brook anyone who wasn't prepared to put the same effort in and he would tell you in no uncertain terms. I like him for his ability, for his spirit, and for the fact that he set those high standards. 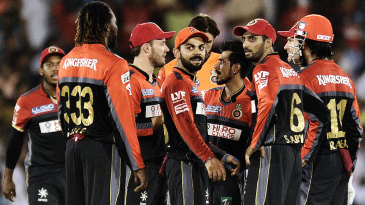