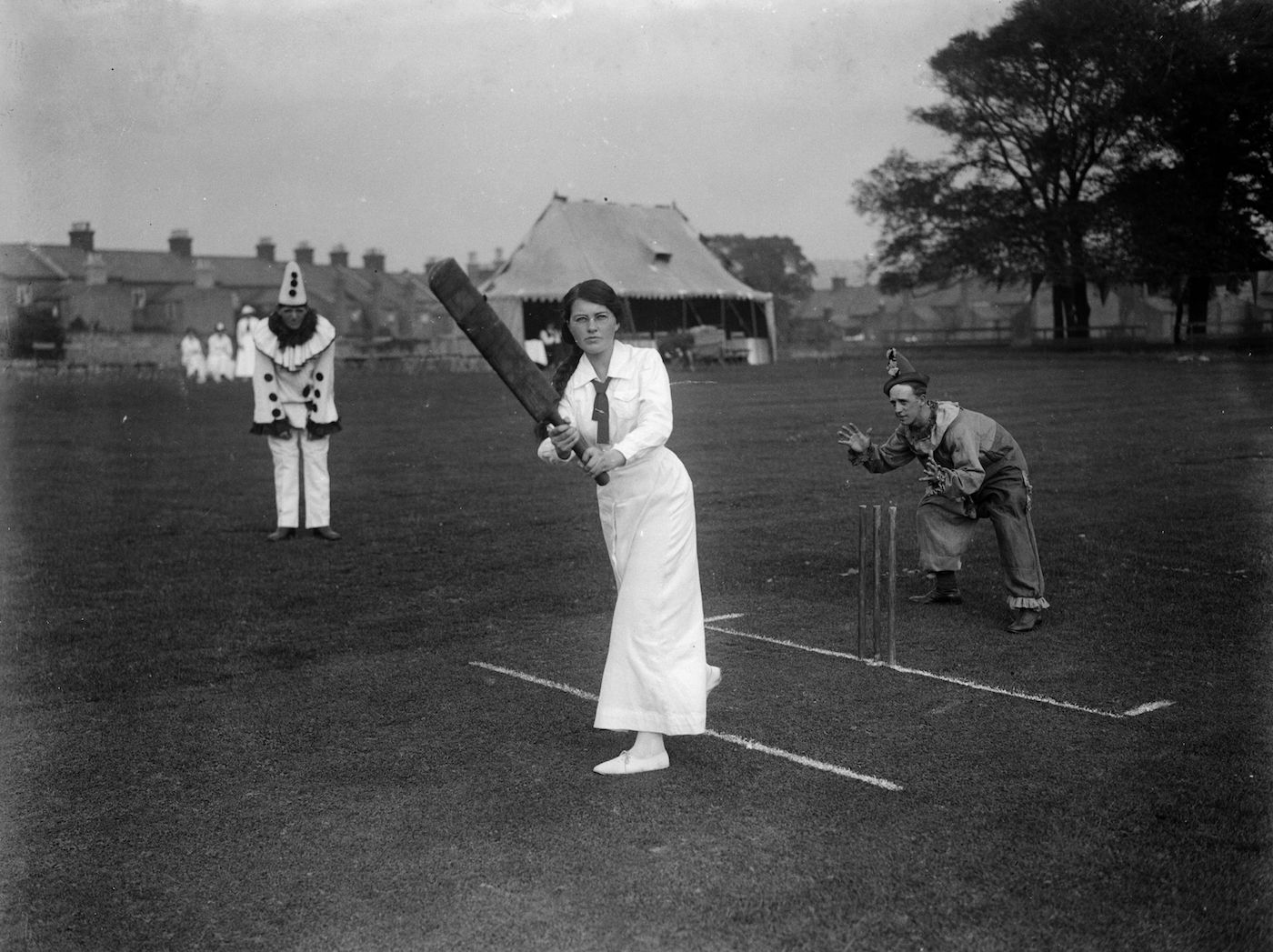 Smokers, princes, income-tax departments - cricket has seen all manner of weird and whimsical teams go up against each other

Most mainstream cricket teams these days have fairly impersonal, geographically based names, and you get what you expect: Yorkshire v Derbyshire, Mumbai v Delhi, Victoria v Tasmania, Barbados v Jamaica. Not much room for confusion there. However, the rise of franchise cricket has thrown up some exotic encounters, which have made it more difficult to tell your (Auckland) Aces from your (Peshawar) Zalmi: now there's Sunrisers v Super Kings, Tallawahs v Tridents, Sixers v Scorchers. And coming soon, Fire v Phoenix and Superchargers v Spirit in the Hundred. In a way, this is a return to the old days when whimsical team names were much more common. Here's a look at some of the more unusual match-ups cricket has seen.

Smokers v Non-Smokers
Judging by old cricket photographs, which often feature players holding cigarettes, you'd have thought the Smokers would have had the advantage in this match - a first-class one - played at Lord's in 1884. But even though the Smokers included Fred Spofforth, the Australian "demon bowler" of the time, they couldn't overcome the abstainers, for whom WG Grace took eight wickets. Another such game took place in 1886-87, at the end of a long English tour of Australia. The players of both sides were mixed up, according to their tobacco tastes - and again the Non-Smokers had the better of the match, with Arthur Shrewsbury caning the wheezing bowlers to the tune of 236 in a total of 803. The Non-Smokers had to follow on, but escaped with a draw. I know which dressing room I'd rather have been in. 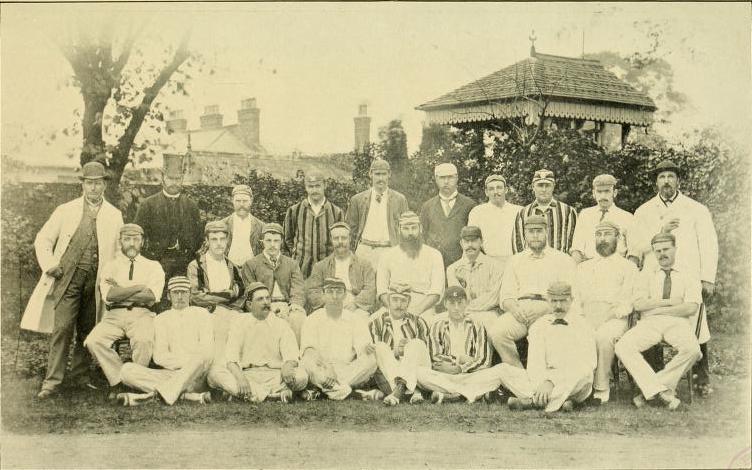 Customs v Income Tax
Pakistan's first-class system, in which government departments and large companies were allowed to raise teams, often featured clashes like the Water and Power Development Authority against the House Building Finance Corporation, while Sui Northern Gas Pipelines Limited have long been a power in the land. But my personal favourites were the teams from Customs and Income Tax, who I always imagined playing out a spiky series of civil-service grudge matches, with suspicious scrutiny of the scorebook afterwards for errors and omissions. As it turns out, they never contested a first-class game, but did meet in the second tier of the BCCP Patron's Trophy in Lahore in 1991-92. Aleem Dar, now a Test umpire, made 50 for Income Tax, whose opening bowler Asim Butt played in the 1999 World Cup - for Scotland.

The Bs v England
Quite who thought it was a good idea to pitch England against a team whose surname all began with B at Lord's in 1810 is lost in the mists of time. We do know the selectors had a tough task, as two of the Bs weren't Bs at all. One was John Lawrell, an Old Etonian who had form in this area - in 1800 he had played for the Ws and Hs when they actually beat England. The reference book Scores and Biographies explains: "It is presumed that Mr Lawrell played for the Bs because he backed them, certainly not for his excellence as a cricketer." The other, John Wells, got in because his brother-in-law, the famous Surrey batsman "Silver Billy" Beldham, was a B. Their side did well at first, gaining a first-innings lead of 37, but the Bs were then skittled for 6, with five of the runs coming from the non-Bs, including a four from Wells. Some statisticians (but not Wisden) consider this the lowest first-class total of all. All the king's men: the Maharajkumar of Vizianagram recruited the likes of Jack Hobbs and Herbert Sutcliffe, and later West Indies legend Learie Constantine, to play for his team © ESPNcricinfo Ltd

Freelooters v Retrievers
India's Moin-ud-Dowlah Gold Cup tournament has had some wonderful team names over the years (the State Bank of India beat the Associated Cement Company, and then U-Foam, in successive finals in the 1970s, when the tournament briefly regained first-class status). But when the competition started, back in the 1930s, it was more of a personal battle between Indian princes. In the first final, in 1930-31, the Maharajkumar of Vizianagram's XI rather ruined the donor's day by defeating the Nawab of Moin-ud-Dowlah's XI by nine wickets. Vizzy's team just happened to include the prolific England opening pair of Jack Hobbs and Herbert Sutcliffe, although they didn't do much (CK Nayudu was the star, with seven wickets and a century). For the 1934-35 competition, Vizianagram recruited the great West Indian allrounder Learie Constantine to his team, by now known as the Freelooters. In the final they took on the Retrievers, captained by the Yuvraj of Patiala, who included ten Indian Test players and an Australian legspinner called Warne (no, not that one). Even though Constantine was apparently being paid per run and wicket, he couldn't repel the Retrievers, for whom Lala Amarnath made a century.

One Arm v One Leg
The 19th century saw a few matches in which teams of players with one arm took on line-ups of men with only one leg (the origin of the bingo call "Legs Eleven", perhaps). Charles Dickens saw one such game: "The one-legged men were pretty well with the bat, but they were rather beaten when it came to fielding. There was a horrible Holbeinish fun about the way they stumped, trotted, and jolted after the ball. A converging rank of crutches and wooden legs tore down upon the ball from all sides; while the one-armed men, wagging their hooks and stumps, rushed madly from wicket to wicket, fast for a 'oner', faster for a 'twoer'." There was a similar encounter at Greenwich in 1848, when the one-armed came out on top after a close match. Part of the attraction for the players was the catering, as they consumed a "substantial luncheon before each day's play", while "for their dinner there was a profusion of roast and boiled beef, and lamb, accompanied by plenty of heavy [beer]". The one-legged lot again had trouble getting around: five of them bagged pairs, including their last man, the splendidly named Baldrick, who was run out twice.

A card for every occasion

A selection of strange-looking scorecards: from victory after 15 all out to England v the "Bs"