"It's simple: I lay waste to the bowling from this end and you do the same from that end"

Tillakaratne Dilshan scored more than 10,000 runs in 330 ODIs for Sri Lanka and shared the dressing room for years with stalwarts like Mahela Jayawardene, Kumar Sangakkara and Muttiah Muralitharan. Here he picks a best ODI XI from among his team-mates and those he played against.

Sanath Jayasuriya
He's one of the greatest openers for Sri Lanka. In 1996, Sri Lanka changed the way they attacked the bowling in the first 15 overs and Sanath was the main guy who brought this to world cricket. His approach changed the 50-over game. I think he was one of the best attacking batsmen in the world.

Sachin Tendulkar
Compared to Sanath, Sachin was more stylish. He knew how to set up the game. He's one of most experienced guys in the XI and has the most runs to his name in international cricket. I think it's a good opening combination - one attacking batsman and the other who can be steady, though, of course, Sachin could also attack any time he wanted to. They were the two best openers in the world. And it's a left-right combination.

Brian Lara
He can attack, he can bat at a normal pace, and he's one of the better players of both spin and pace. He was the best left-hander I saw during my career and he's a wonderful No. 3. He was in the final phase of his career when I was making my way in international cricket, but I still saw him play bowlers with such ease. It was very hard to bowl to him. He was such a natural in the way he built innings, used the crease. He used his feet against spinners to play a lot of good shots - he would hit over extra cover, he could sweep well, play the cut.

Mahela Jayawardene
I played with Mahela throughout my career. He's a good leader and a good thinker. He scored a lot of runs in pressure situations in big games, like in the 2007 World Cup semi-final against New Zealand - we lost early wickets and he batted with me and got a hundred. He also got a hundred in the 2011 World Cup final. I think he handled pressure really well, not just in batting. He was also active while fielding, giving advice to the captain. He's one of the best No. 4s I've seen in world cricket.

Ricky Ponting (c)
He won more World Cups than anyone else, so I choose him as my captain. I would watch the way he handled his players in pressure situations - he was very calm and tried to do a lot of things, like different bowling changes. He had a very good temperament as captain. As a batsman, he could handle spin very well because of how he used his feet. For me, he was one of the hardest batsmen to bowl to. He could rotate the strike very well and he ran hard between the wickets. With Mahela and him, we have two of the best middle-order batsmen.

Jacques Kallis
He is an easy pick because he was the best allrounder in the world. He can take the new ball, he can bowl in the middle overs and in the death. He was also one of the best batsmen I've seen, in all three formats. I picked him more as a bowling allrounder and I'll try to give him ten overs. In any XI, the captain will want an allrounder to bowl his full quota.

AB de Villiers (wk)
I've picked de Villiers over Adam Gilchrist. AB is different from other No. 7s because he plays the reverse sweep, the switch hit, the paddle sweep and the Dilscoop. Any time in the innings, he was very hard to bowl to, but especially in the death overs. Even if you bowl yorkers, he can hit them for sixes. I shared a dressing room with him at Delhi Daredevils in the IPL. He was calm and quiet under pressure. In fact, he'd be laughing. He would go into the middle and handle the pressure really well.

Wasim Akram
What do I say about him? He's one of the greatest left-arm bowlers in the game. He could swing the ball and he had the best yorker of those days. I pick him over Glenn McGrath because he can swing the ball.

Courtney Walsh
It wasn't easy to leave someone like McGrath out of the XI entirely, but Walsh can bounce the ball more and he will complement Akram and Kallis with his pace. McGrath will be my 12th man. 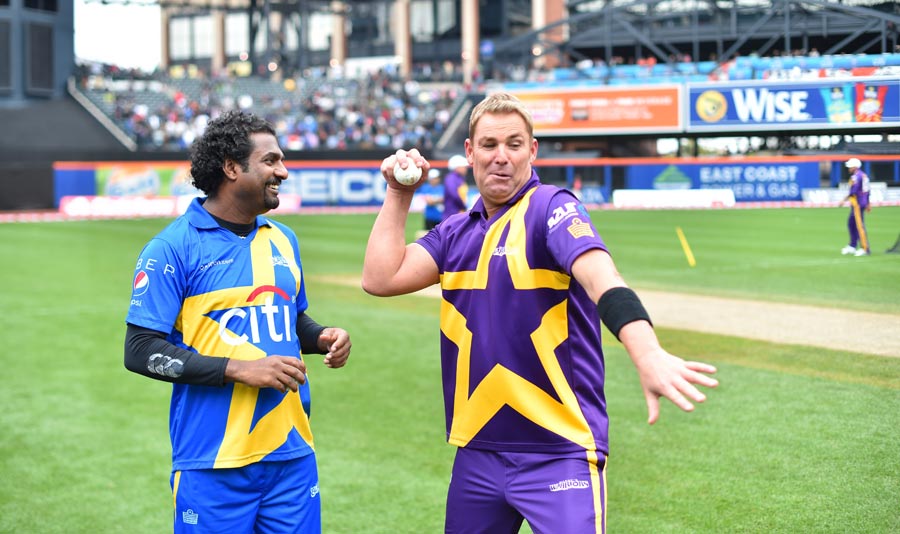 "We'll strangle them in the middle overs" © Rob Tringali/ESPN

Muttiah Muralitharan
During my career, Murali was one of the best spinners I saw. Like Walsh could extract bounce even from a dead track. He could turn the ball and take wickets on a flat wicket, a turning wicket or one that had grass. He could bowl on any track. He was one of the best offspinners world cricket has seen. A day before his last day in Test cricket, he spent an hour spot-bowling. After finishing our training, the rest of us went to our hotel, but he stayed at the ground and spent another hour there.

Murali wanted to take those 800 wickets. He went after that target and he trained hard. He always tried to do different things. Everyone started trying the doosra after him, but it was Murali and Saqlain [Mushtaq] who started the doosra. Now, bowlers bowl all sorts of balls - from their fingertips, the carrom ball. Murali bowled the offbreak and the doosra equally well. The other offspinners could bowl their offbreak 100%, but their other ball was not as effective.

Shane Warne
Warne was the best legspinner in the world and he was a fighter. He would not give up at any stage of the game. He wanted to win all the time. I need one aggressive player in the XI and that's Warne. All the others are mostly calm. Like Murali's offbreak and doosra were equally effective, the same goes for Warne's legspin, googly and flipper. So many times I got out to the flipper from Warne. He read the game really well and always knew which side he wanted to bowl from. He was a very aggressive player. I had a few fights with Warne, but he's a nice guy.

Even if Wasim and Walsh are out of the attack, you can't relax against Warne and Murali because they try to attack all the time. That's the beauty of these two spinners. 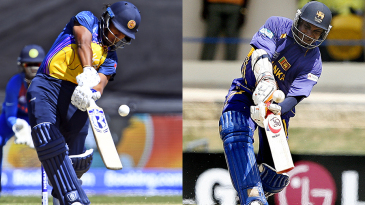