Marvan Atapattu on his way to an unbeaten 201 against England, Galle, 2001

Marvan Atapattu: 'I had a lot of greed for runs because of all the ducks at the start'

The former Sri Lanka captain on his double-hundreds, his coaching philosophy, and the stalwarts he played with in his career

It only made my life easier when it came to batting with Sanath Jayasuriya. Opposition sides were focused on Sanath - how to get him out, how to curtail him, more than getting me out, because he could take the game away very soon.

When I look back at how I made those double-hundreds, it was because of a few reasons. One is enjoying batting - how much time you want to spend in the middle. And the other thing is greediness. In my case, for all the zeroes that I made at the start of my career, I thought if I get a start, I have to make the most of it.

Each coach has their strengths and weaknesses, but in terms of cricket, Tom Moody has given me the best. In cricketing terms and tactics, all the others had their strengths, but he's a bit stronger in what he wants to get out of a player.

At the end of my career, I averaged 40, after 90 Test matches, which is not good at all for a top-order batsman. You're looking at 50-plus these days. Although I have six double-hundreds, my average is still 40 because I made so many low scores.

There was so much greed in me to get runs when I was on song. When you are on song and the day belongs to you, you should make the most of it.

Luckily for me, the 207 not out against Pakistan wasn't the hardest wicket to bat on [in Kandy in 2000]. Yes, Waqar [Younis], Wasim [Akram] and Mushy [Mushtaq Ahmed] were there, but it was a batting paradise, and I don't think they saw a blade of grass on the wicket.

"With all the leagues happening, with all the cricket, where is your loyalty? Is it Mumbai Indians? Is it Sri Lanka? It's always questionable, isn't it?"

I don't think my game would have suited any of these T20 leagues. I would have been boring. No career, had I been in this era.

When you reach a certain level in cricket, whether in a playing or coaching role, what you could give back to the team is the experience you have. I experienced that with my coaching role with Sri Lanka. When we had players like [Tillakaratne] Dilshan, Mahela [Jayawardene], [Kumar] Sangakkara, it's very hard for a coach to tell how Mahela should bat, but you can always talk about experiences and situations from the past and how we overcame them.

Sanath and I come from the same area, down south in Sri Lanka, and we have known each other from the age of 13.

I was lucky to have played with people like Aravinda [de Silva], Arjuna [Ranatunga], Roshan [Mahanama], [Chaminda] Vaas, and those guys who shared a great deal of experience in the dressing room. We were a team who played for a long time, and I'm sure as a fan also, it's good to follow if you know who your team is. It's a team our countrymen looked up to and a team that gelled together. It worked very well at that time.

You are not guaranteed runs. You are guaranteed failures but not success as a batsman.

Playing cricket at the highest level is pressure more than anything. It's pressure from everywhere, not only the XI you're playing against. It's maybe the cricket board, the press. The coach has to absorb everything and not pass on unwanted things to the XI. "It only made my life easier when it came to batting with Sanath Jayasuriya. Opposition sides were focused on Sanath - how to get him out" Emmanuel Dunand / © AFP

I don't believe a coach makes all the difference in a team. At the highest level, a coach can contribute in ways to get the maximum out of a player, but he does not make the difference. For example, if the best coach in the world is given a very weak side, he won't make them the best team in the world the next day. And if somebody is good, then he won't be [outright] bad the next day. It works both ways.

I played cricket just because I like the game. Otherwise I wouldn't have gone on for all those years after having scored five ducks at the start.

The cricket we see today is different from what we saw two-three decades ago. There are over 30 cameras covering one game from every angle. Everything is recorded, and you have this committee, that committee.

When you reach the highest level, you need a bit of moral support, comforting, cushioning, as you enter the team and the system. Basically the senior players take over - that's the engine room of a team.

Arjuna Ranatunga is a born leader. I don't know how he would have survived in modern-day cricket with how he managed and led the side, but he was a leader. He earned his respect through performances, bys finishing games. He was the second-best finisher, maybe after Javed Miandad, at the time.

Certain countries give you that comfort [while travelling]. The people, hospitality, the friendliness. Obviously India, Pakistan are among them. It's not that we were uncomfortable in other countries, but culture makes a difference. And the wickets too (laughs). Like the wicket in Mohali - you think, "This is what you want." You can drive every ball right through the line.

Dav is someone who has given me good advice, taken a lot of pressure off me, talking to me, helped me with my batting, like all the other coaches I was fortunate to have in my career.

"Although I have six double-hundreds, my average is still 40 because I've made so many low scores"

I was playing a secondary role to Dav Whatmore [while working with the Zimbabwe team], whom I knew from my playing years. Our culture here in India, Sri Lanka, Pakistan and Bangladesh, I believe, is a bit different. At that time Zimbabwe weren't performing well. "The idea of a team" kind of thing didn't work as well as it did for a team from the subcontinent. I didn't see there what I've seen in teams I was previously involved with.

If Sangakkara wanted to sweep [Graeme] Swann, he would sweep every offspinner in the nets so he got a basic idea of where his leg should land and how his bat should come down.

The best spinners I faced in my time were Shane Warne, and some offspinners troubled me. I was not a fan of facing offspin. At least, it looks that way from my records - from Bhajji [Harbhajan Singh] to Saqlain [Mushtaq].

The Sri Lankan team of my time stayed together for a long time. It was a team of Sanath Jayasuriya, [Romesh] Kaluwitharana, myself, Roshan, Aravinda, Arjuna. You knew the team. You ask an Indian about the Sri Lankan team of that time and they will tell you the names. What we see today is an XI, but three to five guys are missing in the next game. It's very hard on those individuals too, I'm sure. It's hard on the fans (laughs) and ex-cricketers to watch that.

One thing I was very clear in doing [after retirement] was to spend time with the family, which I'm doing now. It's not fair. As cricketers, we are living out of a suitcase. We are in and out of hotels, we are in flights every other day. I enjoy this more than anything else - staying at home, doing the driver's job, picking up, dropping, taking lunch for one of my daughters.

I don't want anybody to call me snobbish, but I'm not a Muttiah Muralitharan in terms of social life. Murali is an absolute legend in that way too. He'll go and talk to people, whereas I've to make an effort to do it. It's not very good [to not be social] and I don't advise my children to be like that. 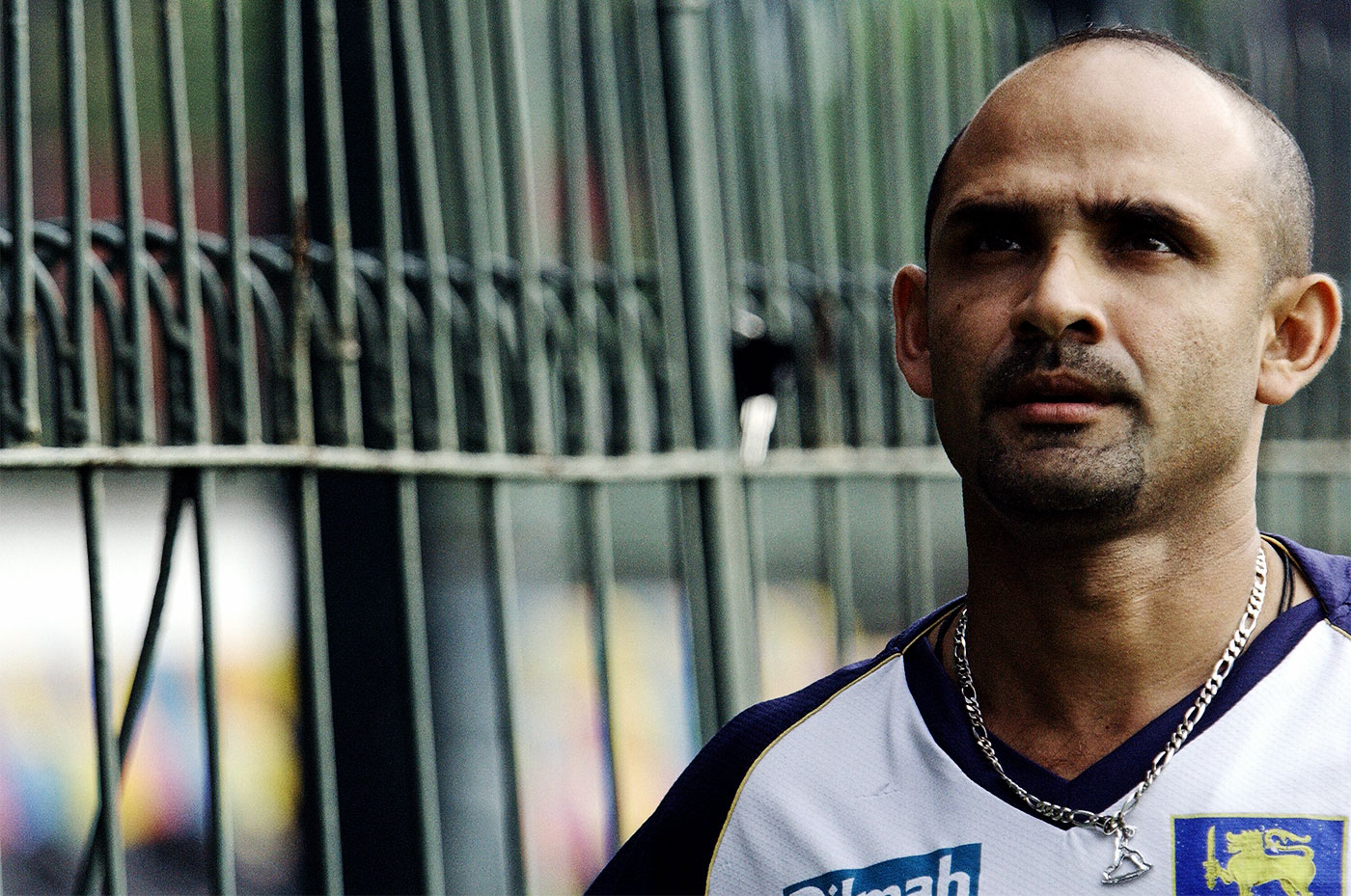 The passion, the attitude and the pride we saw in the nineties are not there today. With all the leagues happening, with all the cricket, where is your loyalty? Is it Mumbai Indians? Is it Sri Lanka? It's always questionable, isn't it? It's like a footballer.

There has to be a bit of arrogance, playing as a young Sri Lankan against, let's say, India. But if we are playing with some of them in a T20 league, that [competitive hostility] won't come naturally, will it? Because you are my friend. Can't blame the players. Cricket needed a change, yes, so T20, T10, it's all good, but this is what we have lost.

In a six-match series in India before the 2007 World Cup, I was asked to move up to open so we could give Chamara Silva a chance at No. 5. He got a hundred in Visakhapatnam and then we went to the World Cup. There I was asked to open in a practice game with Upul Tharanga, who also got a hundred. So the guy who gave up his place to Silva had to pay the price. I thought the management didn't do justice to me after I had sat with them to select the World Cup team back in 2006. Nobody came and spoke to me. I guess they couldn't give me a reason as to why I was sitting out. I believe they didn't have the guts to come and talk to me. 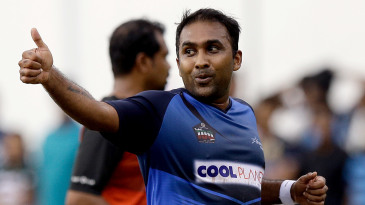 "I back players to the hilt, whether I'm captain or coach" 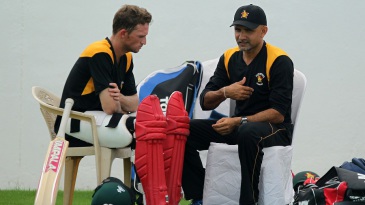 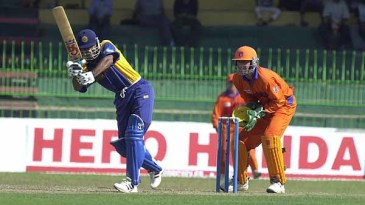 A fighter and a frank talker

Tragically, one of the finest batsmen in Sri Lanka's history, a technical artisan with a cover-drive from heaven, has ended his international days in a fog of injustice