Many sons have followed their fathers into cricket, but they haven't always played for the same sides

There have been many cricketing families in which both father and son have played internationals - Chris and Stuart Broad, Lance and Chris Cairns, Hanif and Shoaib Mohammad, the Amarnaths, the Bairstows, the Huttons, the Cowdreys, South Africa's Cooks and Pollocks - many surnames that have had two or more generations enter the annals. For obvious reasons these dad-and-lad internationals usually represent the same country. Not always, though...

Kevin, Sam and Tom Curran
Kevin Curran's 11th and final ODI appearance for Zimbabwe came against Australia in the 1987 World Cup. He was 29 years old and his country was still three years from Test status, but the lack of professional infrastructure and a solid career meant his efforts were channelled into reliable, occasionally flamboyant, always courageous performances in county cricket for Gloucestershire and Northamptonshire alongside winters in South Africa, where oldest son Tom was born.

Kevin coached the Zimbabwe national team in the mid-2000s. Tom went to boarding school in Durban, where he was spotted by Ian Greig, the former Surrey and England allrounder and brother of Tony. Surrey arranged a scholarship to Wellington College in Berkshire, not only for Tom but also younger brothers Ben and Sam, and when Kevin tragically collapsed and died while jogging in Zimbabwe a few weeks later in 2012, the family relocated to England. Tom and Sam progressed serenely through the Surrey system, eventually becoming only the third pair of brothers to share all ten wickets in a Championship game, and international honours were only a matter of time. Tom's array of white-ball tricks saw him elevated first, making his debuts in all formats for England within about six months in 2017-18. Sam made his Test and ODI debuts in 2018, and completed the set with a T20 against New Zealand last November. Blond, brash and with an appetite for battle himself, Dad would surely approve of the spiky self-belief and the stones under pressure his boys have shown so far.

Jahangir and Majid Khan
Majid Khan was born in Ludhiana, Punjab, British India on September 28, 1946, and before he had reached his first birthday, he was followed into the world by the country he would later captain in Test cricket, Pakistan.

India had played 15 years of Test cricket before achieving independence, and Majid's father, Muhammad Jahangir Khan, a six-foot seamer from Jalandhar, had turned out in the country's inaugural Test, at Lord's in 1932, lining up alongside Syed Wazir Ali, whose son Khalid Wazir would later play for Pakistan. Jahangir's second-innings return of 4 for 60 included the prize wickets of Wally Hammond, Eddie Paynter and Frank Woolley, but those were the only four he would take across a four-Test career. He stayed on in England to complete a doctorate at Cambridge University, winning his blue, as would his son 30 years later. Jahangir Khan (right) represented India in the country's inaugural Test, and his son Majid would go on to captain Pakistan © Getty Images

Majid, cap number 44, became one of Pakistan's finest second-wave batsmen, playing 63 Tests between 1964 and 1983, the era of Asif Iqbal, Zaheer Abbas, Wasim Bari, Sarfraz Nawaz and the Mohammads, Mushtaq and Sadiq. He was the first Pakistani to score an ODI hundred, is one of only six men to score a Test hundred before lunch, and during a long career for Glamorgan, won the 1972 Walter Lawrence Trophy for a 70-minute century against Warwickshire.

Majid's cousins Imran Khan and Javed Burki also played Test cricket (Imran later went into politics, it is rumoured), and his son Bazid played a single Test against West Indies in 2005. For Pakistan, that is.

Ron and Dean Headley
Along with Everton Weekes, George Alphonso Headley was West Indies' greatest batsman before the emergence of their all-conquering side of the 1975-1995 period. Having a father dubbed "the black Bradman" wasn't easy for his son, Ronald George Alphonso Headley, a left-hand opener who carved out a 17-year career in county cricket for Worcestershire, passing 1000 runs in 13 of 15 seasons between 1960 and 1974. He was called up for a couple of Tests on West Indies' 1973 England tour, after Lawrence Rowe fell ill with a grass allergy, but after 62 runs in four innings the 34-year-old was himself put out to grass. 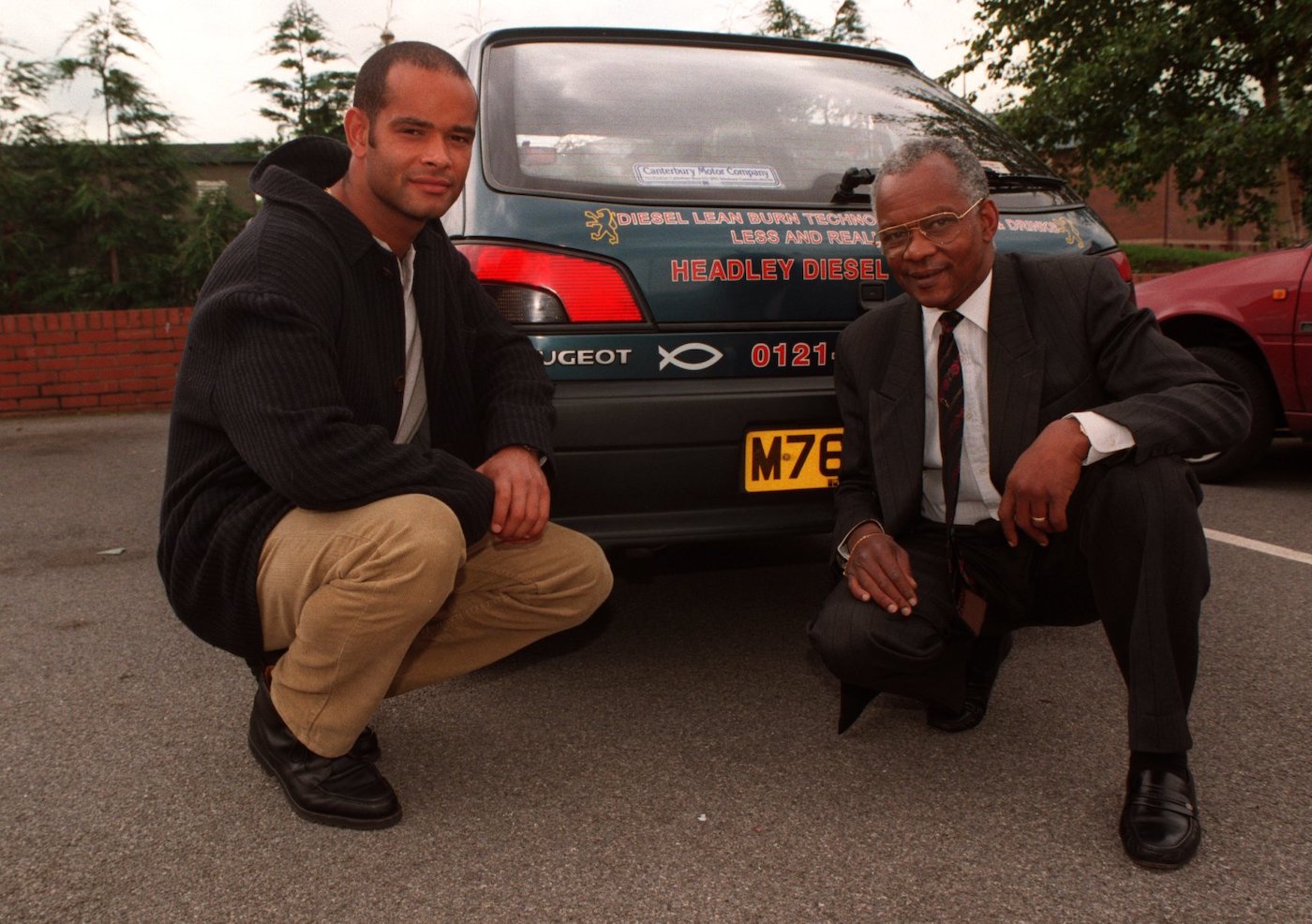 Ron Headley (right) played for Worcestershire for 17 years, and was drafted in for two Tests and an ODI for West Indies. His son Dean played 15 Tests for England in the late 1990s © Getty Images

He had by then long since settled in the West Midlands, where son Dean became a West Bromwich Albion fan and learnt his cricket at Old Hill CC, playing alongside his father at Lord's in 1987 as a 17-year-old stripling in the final of the National Club Championship. After being released by Worcestershire at 20, Dean found himself at Middlesex - he had been ferried to trials by Clive Lloyd - later moving to Kent, where three first-class hat-tricks in the summer of 1996 propelled his name into the selectors' thoughts. Another strong A tour that winter saw him parachuted into the 1997 Ashes, taking eight wickets on debut at Old Trafford, and the following winter he arrived in Jamaica hoping to bowl for England against the team his father and grandfather had represented, to run in from the George Headley Stand End at Sabina Park. In the end, England batted first on a soft, damp pitch and the game was abandoned after 10.1 overs of Walsh-and-Ambrose carnage. The chance would never come around again for Dean.

Don and Derek Pringle
Don Pringle was born in Prestwich, in the northern Manchester fringes (home, his avid record-collector son Derek would probably be able to tell you, of The Fall's iconoclastic lead singer Mark E Smith and 10cc). A landscape-gardening consultant, he moved to Kenya in the 1950s. In 1975, aged 43, he wound up playing in the inaugural World Cup, in England, for an East Africa side combining players from Kenya, Uganda and Tanzania. Pringle's contribution was 15 overs that went for 55, and five runs with the bat, against India and England. He was killed in a road accident just four months later while returning from a club match in which he had taken 6 for 16. Derek Pringle (bowler) was a key player in the Essex side in the 1980s, and represented England in the 1992 World Cup. His father, Don, was part of the East Africa squad that played the first World Cup, in 1975 © Patrick Eagar

Born in Nairobi, Derek spent the latter part of his childhood in England, passing from Felsted School to Cambridge University, then on to the hugely successful Essex side of the 1980s, making his England Test debut in 1982 against India at Lord's while still a student. An intelligent cricketer lacking the extra gears - batting oomph, bowling zing - needed to be a regular and Test player, Pringle eventually found his international niche in ODI cricket and was a key performer in England's run to the 1992 World Cup final in Australia, swinging the new ball and extracting bounce. In Melbourne, he knocked over both Pakistan openers, Ramiz Raja and Aamer Sohail, and had an eminently DRS-able lbw call against the innings-anchoring Javed Miandad turned down. He would only play three more Tests and four more ODIs, eventually becoming a wryly laconic cricket correspondent for the Independent and the Telegraph.

Iftikhar Ali Khan and Mansur Ali Khan Pataudi
Test cricket was still some 73 years off when the British East India Company conjured the royal lineage of the Nawabs of Pataudi into existence in 1804, the first such being Faiz Taleb Khan, an Afghan Pahstun of the Barech tribe. The eighth, Iftikhar Ali Khan, scored a hundred on Test debut for England at the SCG in 1932. This was, of course, the infamous Bodyline series and Pataudi was dropped a game later for protesting Douglas Jardine's tactics. He played only one more game for England, in the 1934 Ashes, but 14 years later led India on their tour of England, making just 55 runs in three Tests and never playing again. He died during a polo match on the 11th birthday of his oldest son, Mansur Ali Khan, the ninth and final Nawab of Pataudi. MAK "Tiger" Pataudi debuted for India against England in 1961, while studying French and Arabic at Oxford University. A few weeks later the vision in his right eye was permanently impaired in a car crash, but he was nevertheless promoted to the Indian captaincy in March 1962 and would go on to lead them in 40 of his 46 Tests, including their first overseas victory, while scoring 2793 runs at 34.91 with a best of 203 not out in Delhi.

Four years before his international retirement in 1975, the 26th Amendment to the Indian constitution ended the privy purses of princes and, Nawab no more, Tiger would become a magazine editor and, briefly, ICC match referee. His father remains the only man to have played for both England and India and thus lends his name to the trophy for which the two nations compete in bilateral Test series - Mansur Ali Khan presented Rahul Dravid with the patronymic pot at The Oval in 2007. 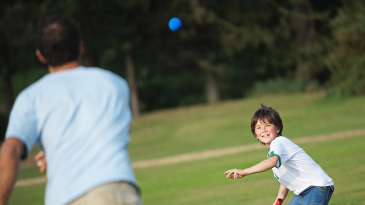 What's it like being the cricket-playing son of a famous cricketer?

We spoke to Mark Butcher, Bazid Khan, Rohan Gavaskar and Rajdeep Sardesai to find out Father and son pairs to have scored Test hundreds Cricketer sons: is it in their blood?

Choosing to stand in the long shadow of a famous parent takes courage. Emerging out of it takes something even more special