Six and violence: When Samuels was batting, no one was safe - not bowlers, not windows

The many shades of Marlon Samuels

Six-hitter, stonewaller, "Sextillion", the bookie connection - if ever there was a character who aroused mixed feelings in a fan…

"Come on, Marlon. Are you gonna run round and grab some people? Gonna grab some more people? F*** you, Marlon!"

Well, he had certainly grabbed me. By the time of his infamous fight with Shane Warne at the MCG in 2013, Marlon Samuels was one of my favourite batsmen. I had shivered through a freezing cold fourth day in 2012, watching him blunt England's world-class bowling attack, and seen him finish the series as its leading run scorer. Not bad, I thought, for a man written off as an unfulfilled talent.

Four months later, I watched with pure amazement as he played one of the all-time great T20 innings on the biggest stage. West Indies were 38 for 2 after 11 overs of the World T20 final, which seemed to have turned into a coronation for Sri Lanka. Then Samuels unleashed one of the most extraordinary assaults on the world's best white-ball bowling, carting Lasith Malinga for five towering sixes, each bigger than the last. The fifth was measured at 108 metres.

Not only did he single-handedly salvage the game, he did it in style: forget a high front elbow, he cleared his front leg to open up a huge hitting arc from midwicket through to cover-point, and combined languid with violent to crack the ball off the face of his bat, arms fully extended in an effortless follow-through. To follow that up with a vital spell of offspin and have his team-mates dust him down in celebration was the icing on the cake.

When at some point in my teenage years it struck me that Samuels - the guy whose batting I loved to watch, whose swagger I envied - might not be all I wanted him to be, the easy option was to ignore it

Part of the Samuels allure lay in his ability to succeed across formats. Having grown up watching T20 cricket, I admired him as one of the only West Indies players at the time who was a regular in both the Test and T20I sides. The month after his match-winning efforts in that final, he struck a ten-hour 260 against Bangladesh. Here was a batsman with real flair, whose range seemed to be enormous: he could stick it out during the tough times but make hay when the sun shone; he could take on the short ball, or find a way to send a yorker dismissively through wide mid-off. Despite the fact his international averages were around the 30-mark, he could lay claim to being the best batsman in the world.

And yet there was a sense that he was a plucky underdog. For some reason that I hadn't fathomed, nobody seemed to like him.

So by the time Samuels was cheekily stopping David Hussey from running a second at the MCG in 2013, I was firmly on his side. When Warne, ever the pantomime villain, started to jab his finger into Samuels' face and tug at his shirt in mock outrage, I knew whose side I was on. When he steamed in from point to throw the ball at Samuels from close range, prompting him to fling his bat towards the non-striker's end, there was only one side I could take: I was going to back my favourite to the hilt.

Then came the Ben Stokes spats. Perhaps, having grown up as an England supporter, my natural instinct should have been to turn on Samuels when he stood sarcastically saluting young Ben off the field in in Grenada in 2015. But it was hard not to find it funny: the new man on the scene turned red with anger, muttering under his breath as Samuels, on top of the world, saw him off. 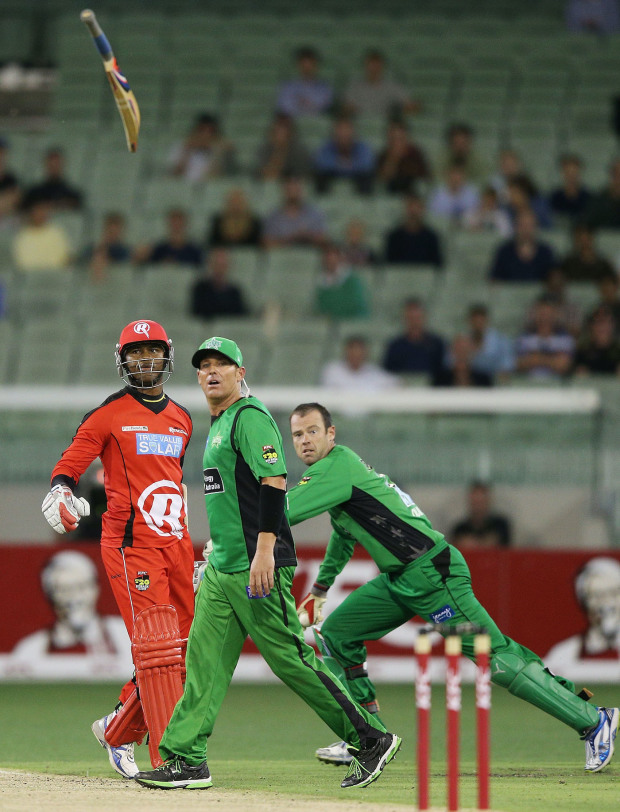 Did Shane Warne meet his match in the tantrum-throwing department in Samuels? © Getty Images

And it was still funny a year later, when, as West Indies triumphed in the 2016 World T20, Samuels gave one of the game's iconic press conferences after becoming the only player to win the Player-of-the-Match award in two separate World Cup finals. With his legs crossed on the table, he took swipes at anyone and everyone: Stokes ("a nervous laddie"), the media ("they still talking a lot of negative stuff") and - surprise, surprise - Warne ("I don't appreciate the way that he continues to talk about me… maybe it is because my face is real and his face is not.") The whole thing lasted five minutes, but it managed to grab headlines despite coming straight after Carlos Brathwaite's match-winning final-over sixes.

By this point, I could no longer see Samuels simply as a batsman or a brazen entertainer. Instead, I felt like I'd learned something about Samuels the man.

Exactly what happened between Samuels and an Indian bookmaker in early 2007, only the two of them know. But he was allegedly caught on tape by police passing on match-related information during a one-day series, and it was sufficient for him to be handed a two-year ban by the ICC.

Cricket fans have a tendency to forgive, forget and absolve their idols of blame in such circumstances. We love the sport because it offers us a means to escape from the grind of real life. We admire our heroes' feats, eulogise them for their skills and abilities. It is against our very instincts as fans to accept that, like the rest of us, they are flawed. It is easier for us not to dwell on Andre Russell's 12-month ban for a doping whereabouts violation, to give Shakib Al Hasan the benefit of the doubt over his contact with a bookie and the WhatsApp messages he deleted, to believe Sarfaraz Ahmed's protestations that his racist taunts were not aimed at Andile Phehlukwayo - in other words, to let our favourites get away with it.

The plain truth is that not many of us get to know our cricketing heroes. We form ideas as to what they might be like, and admire certain things about them, but we judge them as players more than we do as people

So when at some point in my teenage years, mindlessly scrolling through ESPNcricinfo, it struck me that Samuels - the guy whose batting I loved to watch, whose swagger I envied - might not be all I wanted him to be, the easy option was to ignore it. What about the burden of proof? If Samuels was a crook, why did his board say his ban was "unfair"?

The case for the defencewas strong, after all. If you are open to finding a way to defend him, you could make a reasonable argument that Samuels'situation was not clear-cut. He had been tracked, perhaps even groomed, by the bookmaker for some time. Michael Holding, an early influence on his career, insisted that while Samuels was undoubtedly naïve, he was "by no means a dishonest person".

Now I feel like I have come to terms with Samuels' complications. Those who saw a precocious 19-year-old make his Test debut in Australia and draw comparisons with Viv Richards see him as an example of all thathas gone wrong in West Indian cricket: someone who could have been a great but lacked the attitude.

It's not that simple. Samuels has scored 10,000 international runs and has two T20 World Cup medals to his name. His oldteam-mates speak about him with admiration. He has donated thousands of dollars to help visually impaired Jamaicans,after a blow to the helmet in a 2013 Big Bash game temporarily left him without sight. In the 2012 World T20 final against Sri Lanka, Samuels bludgeoned 78 off 56 balls, including five massive sixesoff Malinga, to take West Indies to their first world title since 1979 © Getty Images

That isn't to say that Samuels is somebody that I feel I can relate to, in any way. A scroll through his Instagram feed, which he uses to promote his "Sextillion" fragrance and his fledgling dancehall career as "Icon7" makes me cringe, but who am I to tell a multiple World Cup winner how to live his life? The flamboyance all adds to the persona of a man whose brilliance went unappreciated, and who knows that was the case.

The plain truth is that not many of us get to know our cricketing heroes. We form ideas as to what they might be like, andadmire certain things about them, but we judge them as players more than we do as people. Is it possible to separate onefrom the other?

The easy conclusion to draw is that I love Samuels the player and hate Samuels the man, but it's never that simple. There are qualities I admire; there are things I can't stand. He's no longer my favourite, but there's room for something in between. 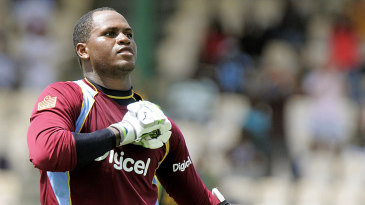 Marlon Samuels: a tale fit for the big screen

Marlon Samuels' cricketing career is a story fit for the movies filled with glorious highs, tragic lows and redemption 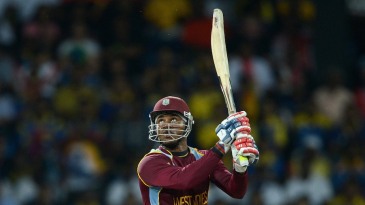 ESPNcricinfo Awards 2012 T20I batting winner: The six that rang out across the world

When T20's biggest stars failed on its biggest occasion, a fallen star shone the brightest WICB's reaction to the Samuels controversy

Windies board needs to act quickly

THE last time a West Indian cricketer was entangled in the web of match-fixing, the West Indies Cricket Board (WICB) took an inordinately long time to mount an independent investigation