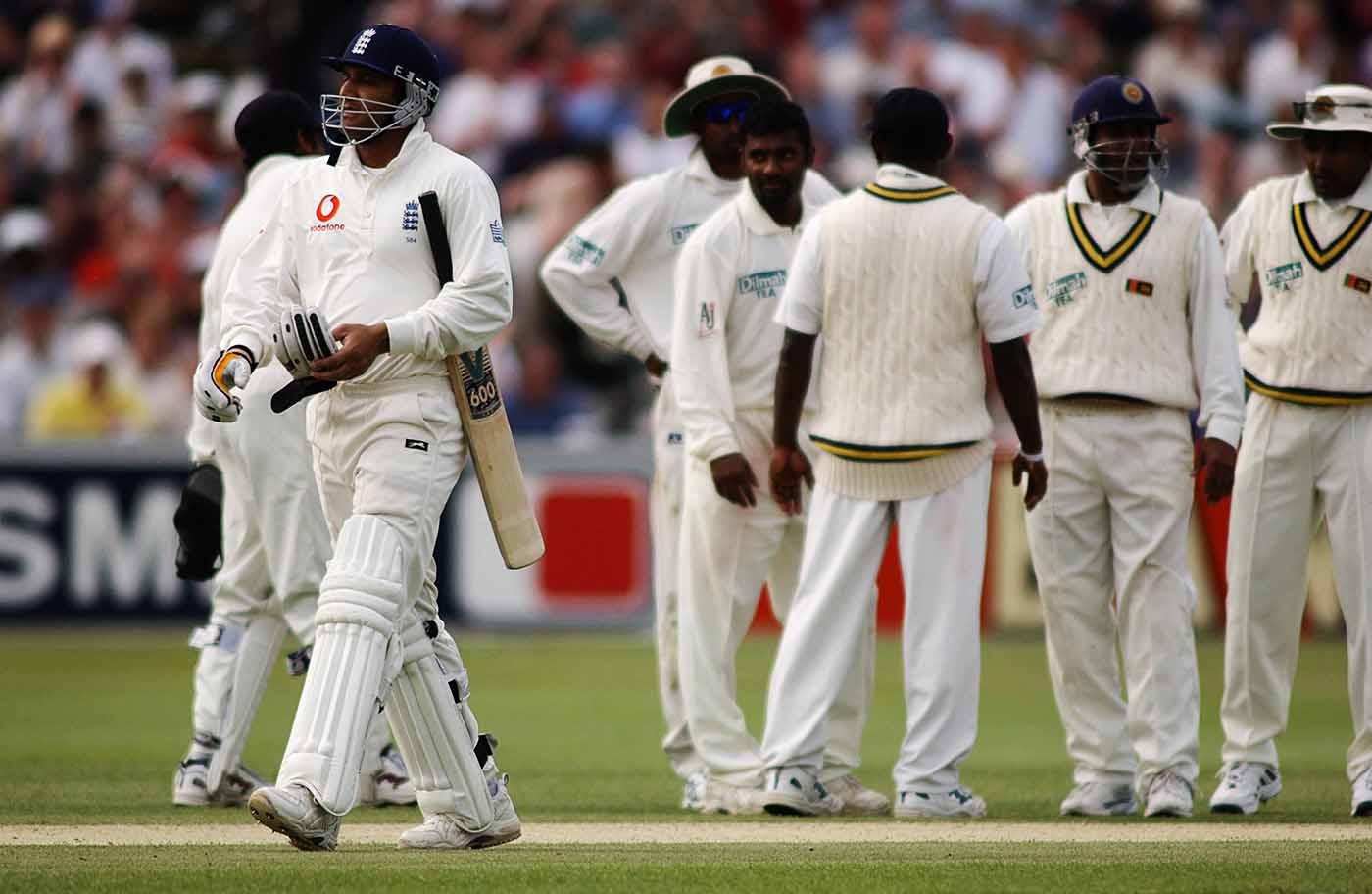 What just happened: Mark Butcher doesn't have a lot of answers after being bowled by Murali for 94

The balls of the century, No. 7: Muttiah Muralitharan to Mark Butcher

How do you play an offspinner who turns it that much? You don't

In 1998, in his first Test in England, Muttiah Muralitharan took 16 wickets to send the opposition spiralling to a ten-wicket defeat. After that match, Mark Butcher had a question for fellow left-hander Sanath Jayasuriya.

"How do you play an offspinner who is turning it that much?"

For much of the next four years, before Murali unleashed the doosra, "padding, padding, padding, cut" worked for Butcher. At county level, he scored runs against a Lancashire side containing Murali, and when Sri Lanka toured again for Tests, he was batting nicely, on 94, on an Edgbaston surface that was not especially spin-friendly.

However well he was batting, there was no stopping this ball. Murali comes over the wicket, slightly wide of the crease. Perhaps it is because the ball was a little quicker through the air that Butcher opts to hang back of the crease, rather than step forward and kick it away. A ball that fast won't turn much, surely? Not on this surface.

But it soon becomes apparent that this is going to fizz. First, there is serious dip, which means revs and, perhaps, overspin. Butcher plays close to his body, expecting decent turn and maybe even a quickening off the surface. He has done most things right, but what happened off the surface no batsman could have possibly predicted. It explodes, almost as if setting off a landmine upon touching down. And its course has altered drastically - Butcher's bat is coming down to block a delivery heading for leg stump while the ball is whooshing way past to thwack into the top of off and dislodge a single bail.

Then, two of the most familiar sights of Murali's career - the batsman looking back at his rattled woodwork and back at the point on the surface the ball pitched, engaged in this futile attempt to find clues following this extraordinary turn of events. When Butcher's eyes then dart up to Murali, the bowler stalks toward him with the thin smirk and swagger of a mafia boss.