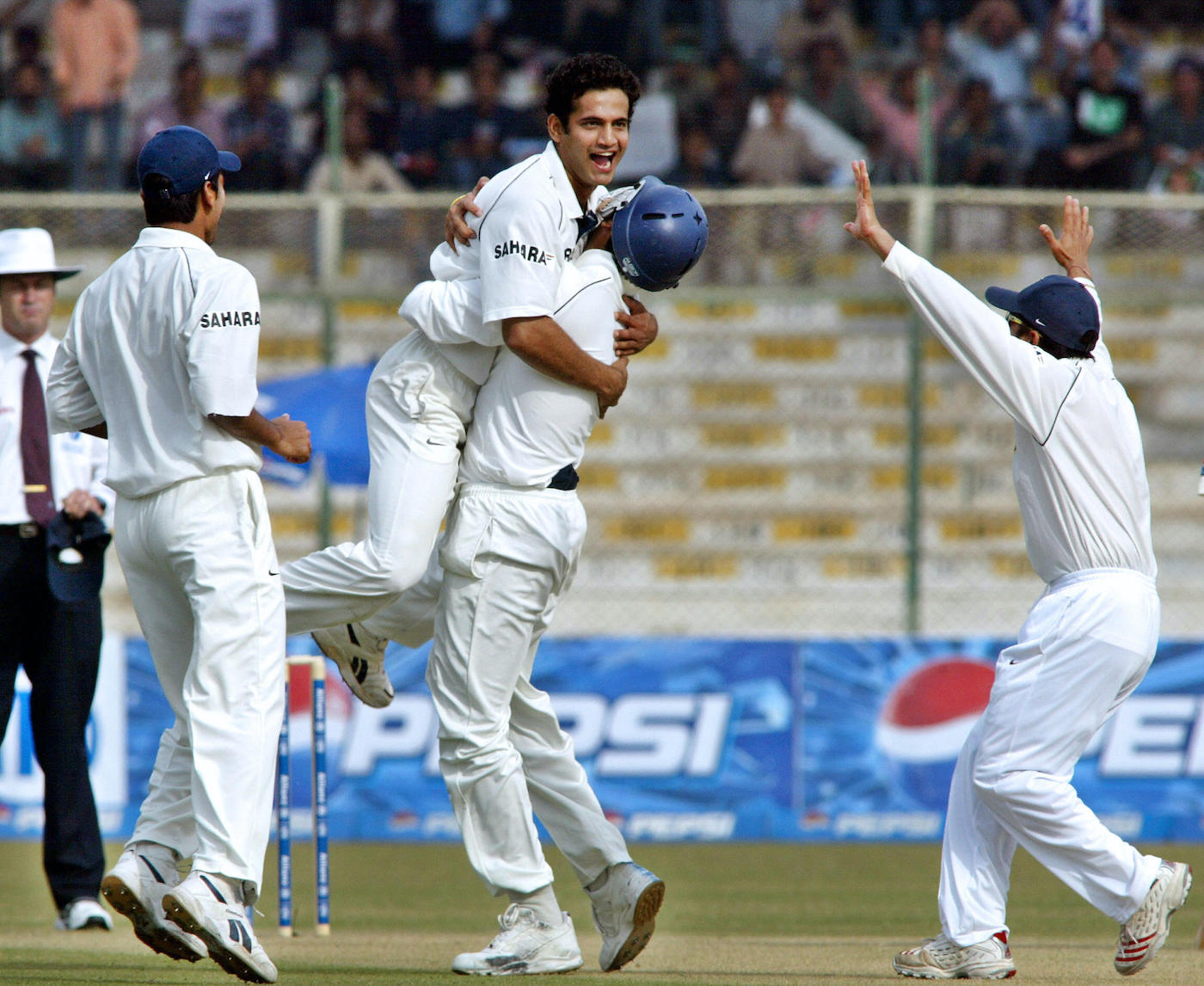 The balls of the century, No. 8: Irfan Pathan to Mohammad Yousuf

Irfan Pathan and the shape of inevitability

Doosra, the second or the other, is Pakistan's contribution to the English cricket lexicon. It ought to be joined by kaichi - scissors. Visualise a left-arm swing bowler coming in from over the wicket. A right-hand batsman on strike. The ball has some air to it, some juice, it is slanting across, it might be nice to bring out an off-drive, the batsman thinks. Hello, what's this? Midway into the shot the ball curls in and it won't stop. He must intercept. His limbs and his bat scissor across each other in a flurry of repair. That is kaichi, and it is how a teenage Irfan Pathan liked Yousuf Youhana when he toured Pakistan in 2004.

By early 2006, Pathan is no longer teenage and not so hot on form, while Mohammad Yousuf, as he is called by now, has entered a patch so purple it will turn him into the highest annual run-maker in Test history that year. In his three innings in the series he has smooth-stroked 173, 65 and 126. Pathan? Two wickets for 319.

The deciding Test in Karachi begins under cloud. On its fourth ball, Pathan nicks off the left-handed Salman Butt with that old shape on the ball. On the fifth, that beautiful shape again, Younis Khan leg before wicket - so extravagantly scissored that his back leg reaches the edge of the pitch while overbalancing. Pathan is, incredibly, on a first-over hat-trick.

Sachin Tendulkar gives him a suggestion. Yuvraj Singh another. So much advice comes his way he closes his ears without quite shoving his fingers into them. At the other end, he knows, stands a remarkable player. He is also intimately familiar with the technique: "Such a good player on the off side, he used to cover that line very well with his leg and while doing that he used to get kaichi, he used to make kaichi." He decides to bowl his best ball.

Running in to bowl, however, he is certain that Yousuf is anticipating the inswinger. The thought occurs to him: "If he's expecting it, he'll play it easily. Should I bowl an outswing delivery?" He calculates the possibilities. With an outswinger he can have him caught wicketkeeper or slips. With the inswinger he can get him bowled, or leg-before, or caught at short leg. He stays with his original instinct.

As soon as he releases the ball he knows it has magic. "It was genuinely like a banana. It curved like that. The ball left my hand exactly the way I wanted it and it went outside the off stump and then was curving in. Yousuf knew as soon as I bowled the delivery that it's coming in. But it came in so much that after pitching, he couldn't cover it."

Indeed, it curls like a banana, like a free kick whose trajectory wins the heart even before it hits its mark, and indeed, when the ball contacts the pitch, it kinks off sharply, as though it has decided it won't do to merely swing, to merely seam and it must break. And indeed there is something knowing and resigned about Yousuf's contained hop on being cleaned up. He has expected it, and, minor victories also being victories, has restrained his movements to curtail the kaichi.

"Khan Sahib, I don't mind getting out," the great batsman had told Irfan's father, a muezzin, when they met at the start of the tour. "But please pray that I don't get out to your son yet again." They had all laughed.