Steven Finn: 'The length Ambrose was bowling looked so uncomfortable to face' 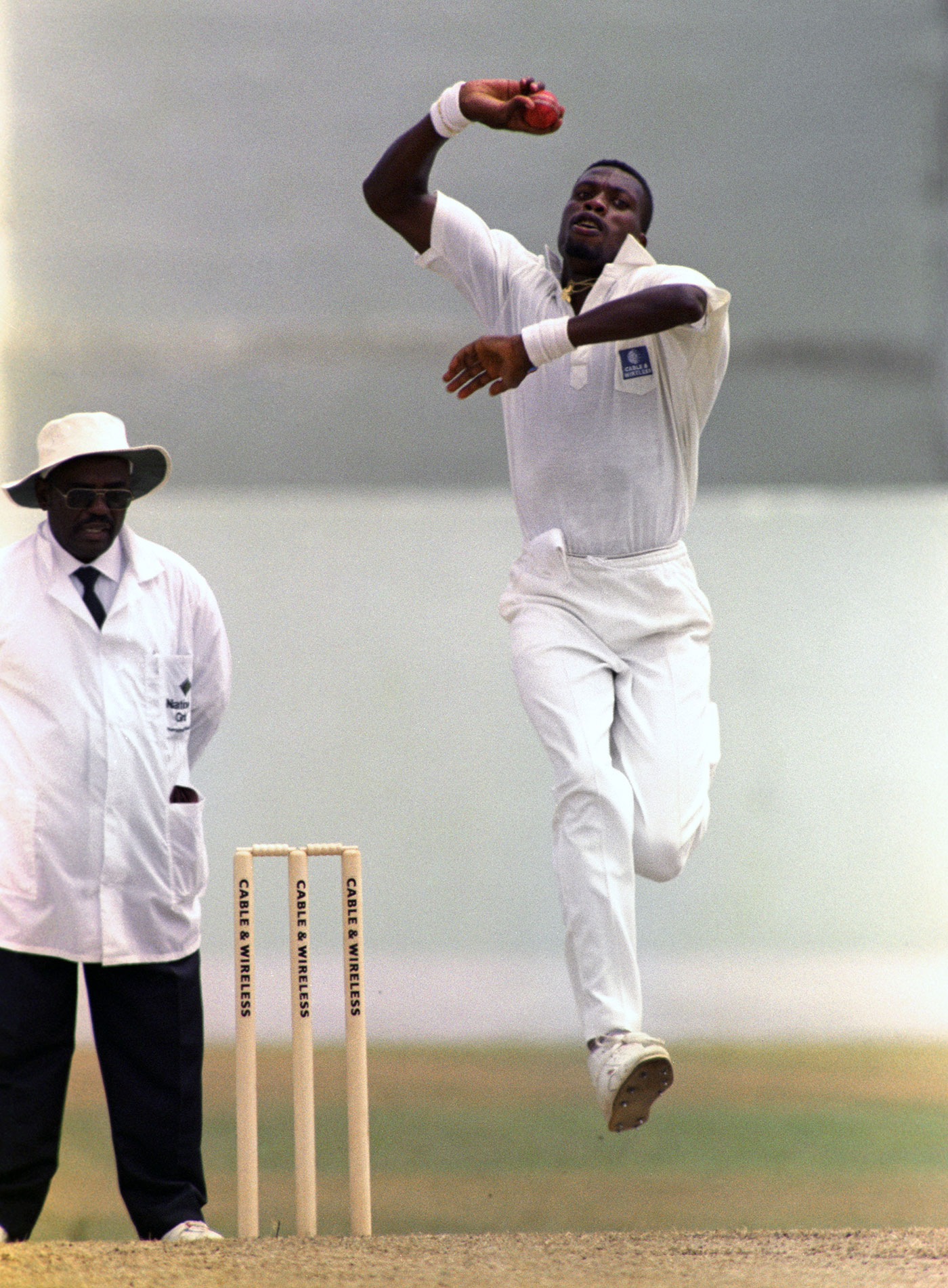 I'd love to have been Curtly Ambrose at the WACA when he was blowing the Australians' gloves off. I've watched that on YouTube quite a few times, most recently during lockdown.

I've bowled there and I know how hard it is. As a foreign player, you can get carried away with bowling too short, banging it in and getting carried away with the carry and bounce. But I remember watching that and thinking the length he was bowling was just disgusting - it looked so uncomfortable to face. When you're playing, you have spells sometimes when it feels like that, but that was the perfect storm of giving Australia absolutely nothing - which is always nice! - and also the control of what he was doing was amazing.

Angus Fraser used to encourage me to watch old spells of bowling - he'd harp on about his eight-for on corrugated iron in the West Indies. I think he did it twice, where they're pitching halfway down and then pea-rolling and hitting a quarter of the way up the stumps. He was always encouraging you to watch bowlers you might resonate with - whether it be Richard Hadlee or someone like Curtly - and that was one of the first ones I went to.

It's just a mesmerising spell of fast bowling. More than the actual dismissals, the thing I remember most is his punching-the-air celebrations, those white wristbands. And he would just smile, didn't need to say a word.

Curtly and Glenn McGrath were the two I looked up to. Being a tall guy, I always wanted to use my levers. The way that his arms went up - it was like his wrist was almost wobbling in his load-up, and his action was so languid that you'd look at it and think, "I'd love to make bowling look that natural and easy", which obviously you can't because he's a great of the game. But the languidness of his action is something that I always loved watching.

And doing it against the Aussies at the WACA. Only because there's always one bloke there, hanging over the boundary board waiting for me, every single time, screaming: "Finn, I remember you. You were s**t then, you're s**t now." Every time it's the same bloke, and I can only imagine he'd have been shouting the same at Curtly Ambrose, so it would have been a nice way of sticking it to him as well.