New Zealand don't get as much media and fan attention across the world as the Big Three do, and that shows in our list

In these lists we make our little hills and we're not so much interested in invading other hills or showing them up as mere mounds as much as we are simply ready to die on ours.

Still, all truths could do with a little nuancing: it isn't that lists are completely wrong as that they are not definitive - no list ever is, no matter what it says on the wrapper. It can't be. For every entry that makes the cut, ten other people can make a reasonable argument for ten each equally if not more deserving ones. Also, the world and life are not static. The best album of all time can't be because all time is not yet behind us and neither are all the albums ever made.

A related sometime truth is that lists are taken far too seriously, as much by those who compile them as by those who digest. This one began with much smaller ambitions - it was to be a quickie top ten compiled by staff, no voting, just whatever beat yesterday's deadline, to fill a small content hole during a period of no live cricket. Instead, with the spirit of a rapacious real-estate baron, it sprawled out, to be revealed over three and a half months. A longlist chosen and voted on by our editorial staff, magicked by the stats team into a ranked top 20, with, in most cases, the bowler talking us through the ball, and for the top five, a bit of animation and Ian Chappell added on. Lockdown ennui does this, although personally it was to right the wrong of the 20th century: Shane Warne at Old Trafford being simply anointed, whereas in the Chennai court of Wasim Akram, no other gets a hearing.

Still, it's worth keeping in mind that ultimately it is just a list.

All sport, perhaps, is the futile striving for athletes to gain that control, and knowing it will never happen while watching their struggle is ultimately why we love-hate the damn thing

Which isn't to say that it can't be revealing. Many complained, for instance, as the countdown ran, that the list only contained deliveries by bowlers from the Big Three of India, Australia and England. Ultimately they contributed 15 of the 20. Eleven of the 20 came from Big Three contests, 13 from 20 were delivered at Big Three venues, and all 20 dismissals involve a Big Three player. It's worth noting that the appellation "Big Three" assumes a retrospective slant here, because at the time a number of these deliveries were bowled, the Big Three was not the tangible entity it is now.

Still, the easy way to look at this is what the world's been shouting at us for the last five years - democracy throw up results you don't like. The more uncomfortable reminder is that Test cricket - and the narrative around it on and off the field - has come to be dominated by these three countries.

Nearly 62% of all Tests since 2000 have involved a side from the Big Three, a group that makes up less than a third of all the members allowed to play Test cricket (and now, with Afghanistan and Ireland in, a quarter). Fifteen per cent of all Tests since then have been between these three. Their broadcasts tend to reach more territories. Each has a big, sturdy media industry covering their cricket.

In the case of two, their digital arms are better resourced and more able to overcrowd our social media timelines. It's no surprise that the two deliveries for which we struggled to find quality clips were delivered by non-Big Three bowlers: Dale Steyn (to Michael Vaughan) and Muttiah Muralitharan (to S Ramesh), only two of the greatest bowlers to have lived. The Mitchell Starc (to James Vince) and Jasprit Bumrah (to Shaun Marsh) entries, meanwhile, exist like documentary featurettes. None of this is to excuse the absence of, say, Trent Boult (how?) or any bowler from West Indies or Bangladesh, only an attempt to place it in context. 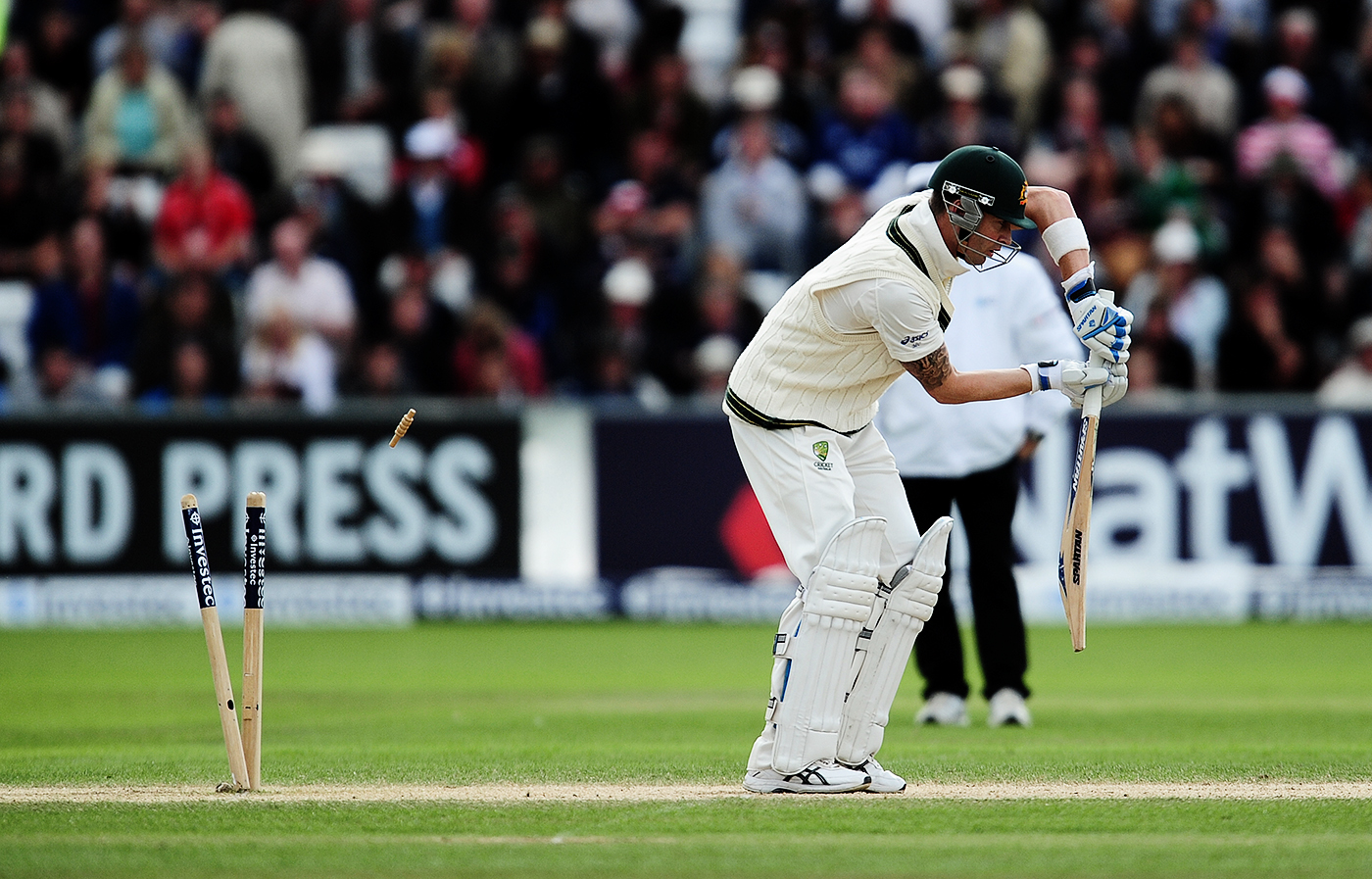 At first reading, it felt notable that 17 of the dismissals on the list were bowled. Only Sreesanth's snorter to Jacques Kallis (the sole bouncer), Andrew Flintoff's famous dismissal of Ricky Ponting, and Bumrah's slower ball to Marsh (pleasing to see not one but two slower balls in here, the other being Steve Harmison's to Michael Clarke) are not. But, on a slightly more considered assessment, it makes complete sense.

To see a batsman bowled in cricket is to see cricket in its least complex, most approachable guise; a person who knows nothing of the game can sense immediately that being bowled is not only not a victory for the batsman, but that it is resoundingly a defeat. Humans are hardwired to break down collective acts into identifiable individual units, and bowled filters this layered team sport right down: bowler, batsman and the elements. No team-mate to help, no neutral to adjudicate, no need to understand anything else.

Undoubtedly something about the humiliation of a bowled also appeals. Batsmen are the game's establishment, bowlers the underclass. The one job the batsman has is to protect his stumps, and when he fails, it leaves him stripped bare in public. However attractive the visual aesthetic of stumps flying may be, the sight of a batsman desolate, such as when bowled, quenches a deeper, darker spiritual thirst.

It is of no consolation to the batsmen that a number of these deliveries carried some element of luck. Jason Krejza says outright his offbreak to VVS Laxman was a fluke. Starc acknowledges the fortuitous crack that shaped his 140kpkh-plus legbreak to Vince, a delivery he says he couldn't reproduce if he tried a hundred times. Even the great Murali, in being surprised by the amount of turn he got to dismiss Ramesh, implicitly allows that there was fortune about it.

A person who knows nothing of the game can sense immediately that being bowled is not only not a victory for the batsman, but that it is resoundingly a defeat

This is undeniably life-affirming, in knowing that even Ryan Harris' ball of the century did something for a portion of its journey that he couldn't know or control. One day even us ordinary folk could, with some luck, produce a ball for the ages. Maybe we already have.

It's also a reminder that however much athletes strive to master their craft and the processes that shape it, they can never be in full control of it. All sport, perhaps, is the futile striving for athletes to gain that control, and knowing it will never happen - perfection is but a mirage - while watching their struggle is ultimately why we love-hate the damn thing.

Otherwise, no great surprises from slicing this list up. By genre, 11 balls were delivered by right-arm fast bowlers, three by right-arm fingerspinners (although Murali was hardly that), two from Warne, and even an SLA (Monty Panesar). Are left-arm fast bowlers under-represented here, with just three entries, given how they seem to have proliferated this century? And how, as with the myth of beautiful left-handed batting elegance but especially since Akram, we instinctively assign greater aesthetic value to a leftie who can swing it? Yet not a single delivery from the top four wicket-takers this century of their kind, some of whom bowled the odd spectacular delivery or ten.

Nostalgia being the oxygen of lists, you might argue this century isn't ripe enough yet for genuine nostalgia. But some effect is in play here, with 14 of the 20 balls from the century's first decade. Maybe it's overcompensating to avoid recency bias.

Four bowlers appear twice, and they would make for an odd quartet: Murali and Warne in any attack, against any opposition, on any surface; mid-2000s Flintoff for seizing a moment; and, er, Irfan Pathan for the quirk that no list can do without. Four balls from the 2005 Ashes is testament to the quality of its contests, though, conversely, it serves to highlight the absence of Glenn McGrath from the list. Another quirk.

Laxman appears three times, though he'd much rather not. Among victims, Clarke, Adam Gilchrist and Kallis also make multiple appearances (Clarke, in fact, was on the longlist of 50 five times). The pat conclusion could be that great balls get great batsmen. Humbug: it doesn't say anything other than that randomness is also a fact of life.

That is an apt place to end. Lists such as these serve a number of purposes, not least that they squeeze a fairly arbitrary sense of order and hierarchy onto what might otherwise be a random collection. Random, though no less magnificent for it. 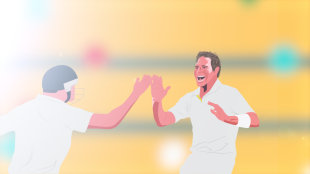 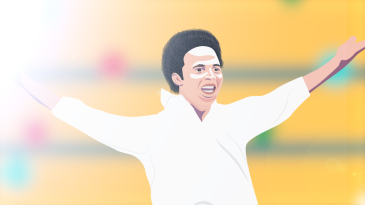 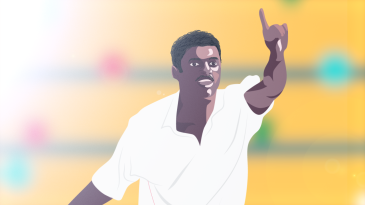