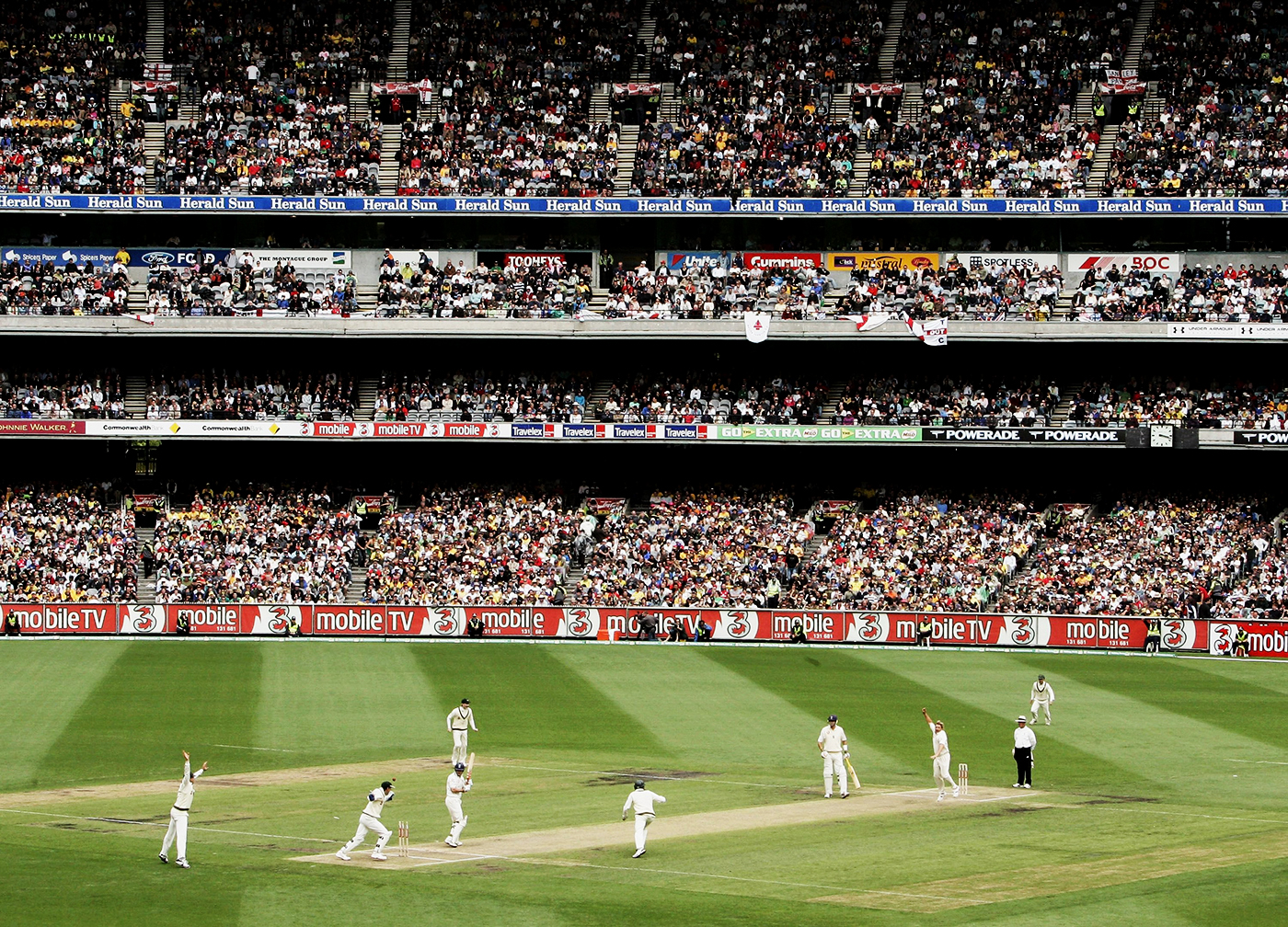 Shane Warne gets Andrew Strauss at the MCG, 2006

There have been two cricketing heroes in my life. For as far back as I can remember, I grew up wanting to be a left-arm fast bowler. Whoever I met connected with cricket, I used to always tell them: "Mujhe Wasim Akram banna hai" [I want to become Wasim Akram]. But when I joined a cricket academy as a nine-year-old, my coach, Kapil Pandey, emphatically asked me to concentrate on spin bowling, because I was puny and quite short for kids of my age.

I was hurt, because I used to dream of bowling toe-crushing yorkers like Akram did. Now, suddenly I was asked to change my style. When I bowled spin for the first time, left-arm legbreak, my coach was quite surprised because he had never seen anyone bowl that variety in Kanpur. He told me to stop trying to be Wasim Akram and become Shane Warne instead.

Many years later, when Wasim bhai was the bowling coach at the Kolkata Knight Riders, I told him how I grew up wanting to bowl like him. He laughed and told me "Agar tu mere ko copy kiya hota, hum mil nahi paate" [We would have never met had you tried to copy me]. And even though our styles eventually turned out to be so different, there is so much I learnt from Wasim Akram the human being.

He'd find humour in the most challenging situations. He'd always keep the dressing room light. He'd give you examples about situations and how he dealt with them. He had this ability to laugh at himself, and because he was so warm and welcoming, I found it very easy as a rookie to go up and talk to him. I never felt like I was talking to a legend who had nearly 1000 international wickets.

"Warne told me: 'Don't ever give the impression to the batsman that you're nervous, even if you are. Act as if you believe you're on top of your game'"

I think part of the reason for idolising him was that my father was also a big fan of Wasim bhai. In 2016, when the IPL came to Kanpur, Wasim bhai was so keen on meeting him at my home, but I was a little shy to bring him. There were a lot of sponsor events and later we got busy with the matches and eventually he couldn't come. When we reached Delhi, he asked, "So when are you calling me home?" Just thinking about talking to my heroes sometimes gives me goosebumps.

The connect I have with Wasim bhai is something I felt with Warney much later. It was around 2005 that I started to play a lot of age-group matches and started really taking my training seriously. The Ashes was on at the time, and whenever Australia were bowling, I used to sit in front of the TV in anticipation of Warne. There was no internet connection at home, no YouTube. Whenever Australia played a match, I would wait for the highlights to watch how Warne weaved his magic.

Nearly 12 years later, I got a chance to formally meet him. Until then, I had seen him around in the IPL but didn't have the guts to go up to him. During Australia's tour of India in 2017, I finally got to meet him, after I kept requesting our coach, Anil Kumble, to introduce me to him. For the first five or seven minutes, I was tongue-tied. I just kept nodding to whatever he said.

But we used to see each other at the ground every morning after that, and he used to say "G'day mate, how's it going?" and slowly from there on, we built a level of familiarity. Today, if in doubt, I send him a text and he makes it a point to always reply. Quite unbelievable, isn't it - from watching him on TV in 2005 to today. Wasim Akram (centre): always happy to pass on tips to younger players, even when they are in the opposition Sandeep Shetty / © BCCI

He's studied my bowling action, he's given me plenty of inputs. On my body alignment, working out angles, about situations, having a positive body language. He told me once that he noticed how when someone hit me for a couple of sixes or fours, I'd have the look of someone who is defeated. He told me, "Don't ever give the impression to the batsman that you're nervous, even if you are. Act as if you believe you're on top of your game. You may be going through the worst of days, but always ensure you're giving a big smile. Play with that smile for as long as you're on the ground."

The ball he bowled to get Andrew Strauss for his 700th wicket is something I've watched on loop on YouTube. I've also watched a few of his battles with Brian Lara, and I'm still in awe of that wicket of Strauss [in the 2005 Ashes], where he pitched one miles outside the rough and bowled him.

As for compliments, he was particularly pleased with my dismissal of Tim Paine in the Sydney Test of 2018-19. The way the ball drifted away, dipped, and how I got him to commit forward and bowled him through the gate. He was super impressed with that. Now he tells me, "See, I told you so" whenever I do well in any format. The first time we met, he said I had it in me to succeed in all formats. Today, I can call him a friend.

Kuldeep Yadav has been an India regular since 2017 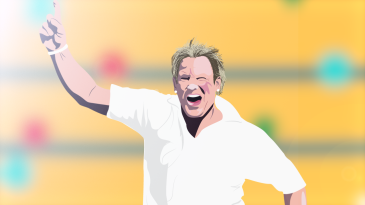 'In ODIs when you get hit, the plan is to force the batsman to rotate the strike'

Kuldeep Yadav talks about the lessons he learnt from being dropped during the IPL, and his aim to become the fastest Indian to 100 ODI wickets during this World Cup 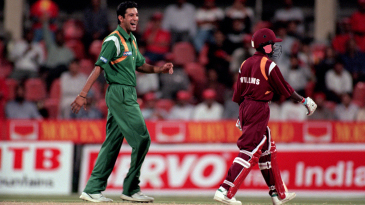