It was just amazing to watch that battle at Trent Bridge - Michael Atherton taking it on and Allan Donald giving it his all.

Allan was bowling so quick, and for me, what stood out was just the way he was running in and taking control. South Africa were struggling when he came up to bowl his second spell, and it was one of the fastest spells I have ever seen Allan bowl. We called him "White Lightning", and he bowled at the speed of light that day.

He did everything to try and get Atherton out, and it was one of the best bowling performances I have watched. I will always remember that - the way Allan ran in and the way Atherton fought back, while getting hit so many times.

I was in the changing room when Allan was bowling that spell. That was my first tour to England with South Africa. Both Makhaya Ntini and I were picked to play. Everyone wants to play more Test cricket in their careers. I was just part of the wrong era, else I would have played many more Tests.

I always looked up to him because he came from almost the same background as I did. He was an Afrikaans guy and was also of the same technical school like me. During those days, Allan had almost taken me under his wing. He always had a chat with me and told me what to do and what not to do. He was like my role model. I always hung around him for advice. He even organised my kit when we were over in England for my first tour.

Even now, whenever I get an opportunity to see him and spend time with a legend like him, it's like gold for me. I saw him last two years ago in Cape Town

For me, as a former fast bowler, there's nothing better to watch than Allan running in like that. And it's the ultimate that you want to see as a cricketer: two people going at each other and not one of them taking a step back, like Allan and Atherton.

Himanshu Agrawal is a sub-editor at ESPNcricinfo 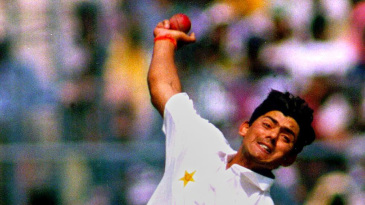 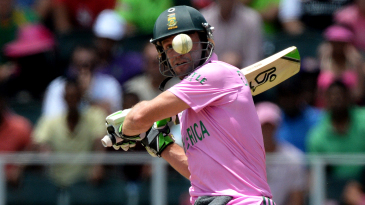