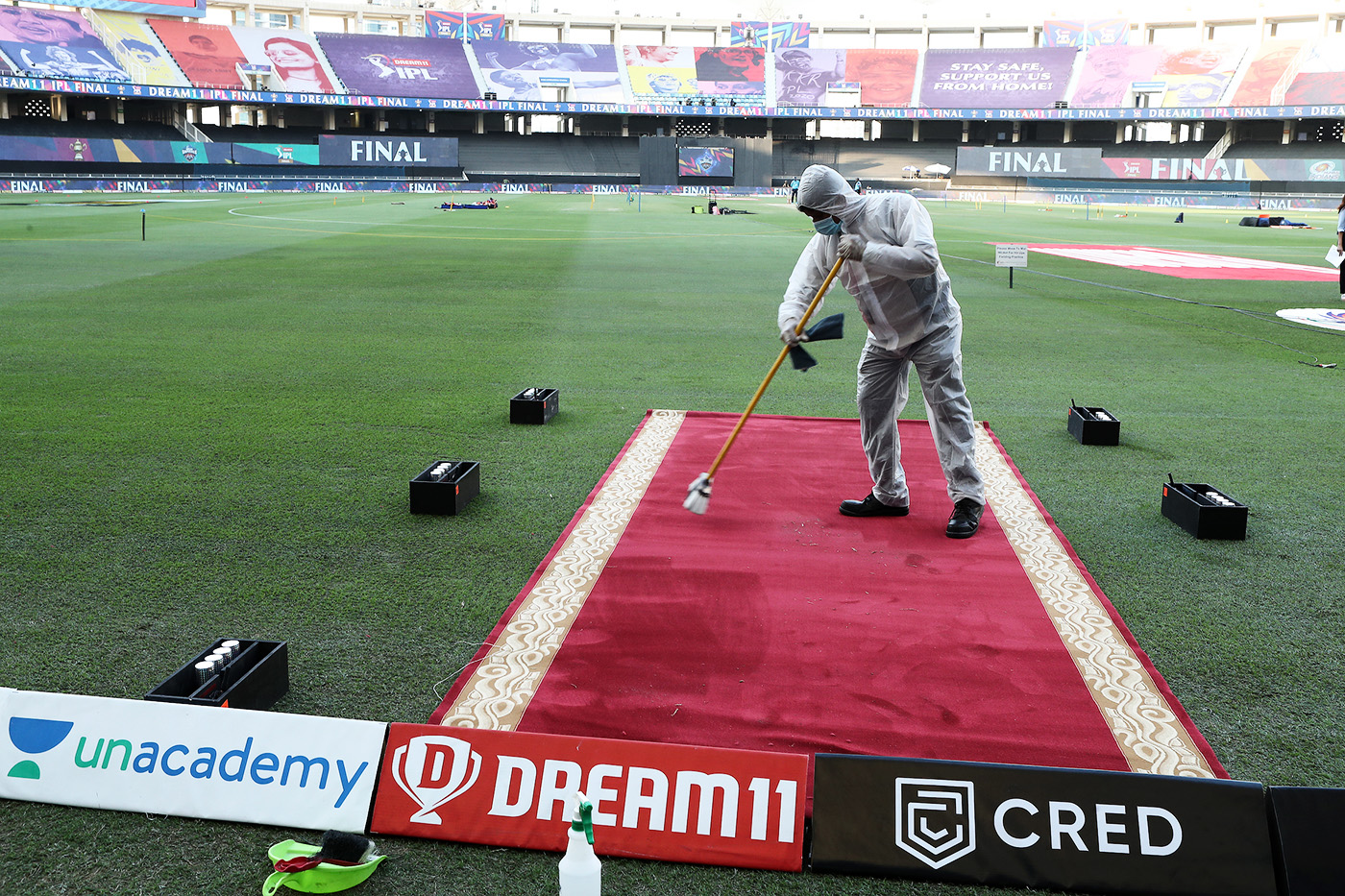 Who played how much (the pandemic edition)

It began with the news that England's players would not be shaking hands in Sri Lanka. It escalated so rapidly that 12 days later, soon after the Quetta Gladiators thumped the Karachi Kings, all cricket around the world ground to a halt.

For 114 days there was no elite-level cricket (but thank you nonetheless, Vanuatu and the Vincy T10 league). Though it now feels as if the calendar never stopped, March 15, 2021 marked a year from the day of that last PSL game, a year unlike most of us have witnessed.

For cricket, how unlike? Well, taking March to March as our year and going as far back as March 1983, the last time fewer international matches were played in a year was in 1990-91, when there were 78 matches compared to 85 this last year (international matches include all those played by the 12 teams currently playing Tests).

But just how strange the year has been is best illustrated by the fact that Asad Shafiq has been the world's busiest cricketer, in terms of having played the most days of high-level cricket (all formats international and domestic); Shafiq, hitherto a one-format specialist, from a non-Big Three member, who has played very little international cricket in this period. Eight of the top ten busiest cricketers are from Pakistan. Jos Buttler and Jason Holder are the other two. In itself that is unusual because Pakistan players have not often featured at the top end of these surveys. That points to Pakistan having put on a full season of cricket, unlike almost any other country bar Australia and New Zealand: the Quaid-e-Azam trophy, a one-day cup, one-and-a-half T20 tournaments, and two international series. Twelve of the top 15 players in terms of first-class matches played in this period are Pakistani. It isn't only on the domestic front, however, that Pakistani cricketers have been busiest. They are second in terms of days of international cricket played, although it is a distant second behind England. The gap in their lead is built almost entirely on the number of Tests England have played in this time, a remarkable 12. The next side is India, far back with eight. Twelve Tests in a regular calendar year is actually a feat beyond most members in normal times. Consider that from 2010 to 2020, England have played 12 or more Tests in a year seven times, India and Australia four times each, Sri Lanka twice, New Zealand once, and Pakistan, West Indies and Bangladesh not even once. Yet however different it has been for the men's game, the pandemic has been a whole lot worse for women's cricket. Amy Satterthwaite and Amelia Kerr led the way as the busiest cricketers in the women's game, and New Zealand's successes in the fight against Covid-19 are evident. Four of the top five cricketers who played the most days of cricket are from New Zealand, and nine of the top 20: not only have they been able to play in their domestic T20 and one-day tournaments, they have played in the WBBL, toured Australia (another country not as severely hit) and hosted England. The most meaningful statistic from this year has nothing to do with days spent on the field. It is how many days players have spent inside a biosecure bubble and, by most counts, it would be difficult to beat Holder. Holder played in five countries in this period - England, Trinidad, the UAE, New Zealand and Australia. In each he was in a biosecure bubble for long periods: two months in England, a month and a half immediately afterwards in Trinidad for the CPL, a month and a half in the UAE for the IPL, then to New Zealand, which required 14 days in strictly managed isolation, and then Australia for a brief stint in the BBL. The two weeks of isolation in New Zealand followed similar periods of quarantine ahead of entering bubbles in England and Trinidad, as well as a six-day period ahead of the IPL. That is at least seven weeks of near or total isolation in hotel rooms, before integrating into bubbles with varying degrees of restrictions. At least in New Zealand there was no bubble once his isolation period was over and he didn't need to quarantine on landing in Australia for the BBL. Bubble restrictions there were less severe than elsewhere, but restrictions there were nonetheless. After half a year of this, no wonder he felt the walls were closing in on him and pulled out of the tour to Bangladesh.

06:38 GMT, March 26, 2021: The graphic for most days played by men's international teams was amended to show that Ireland played eight ODIs, not two

Osman Samiuddin is a senior editor, Girish TS is a designer, and Shiva Jayaraman is a senior stats analyst at ESPNcricinfo Who played the most cricket in the 2010s?

Nobody could keep up with England, or Kohli. Our latest player-workload survey has the details