Boy wonder down under

In 1992 in Australia, Sachin Tendulkar, batting genius, was only just taking shape 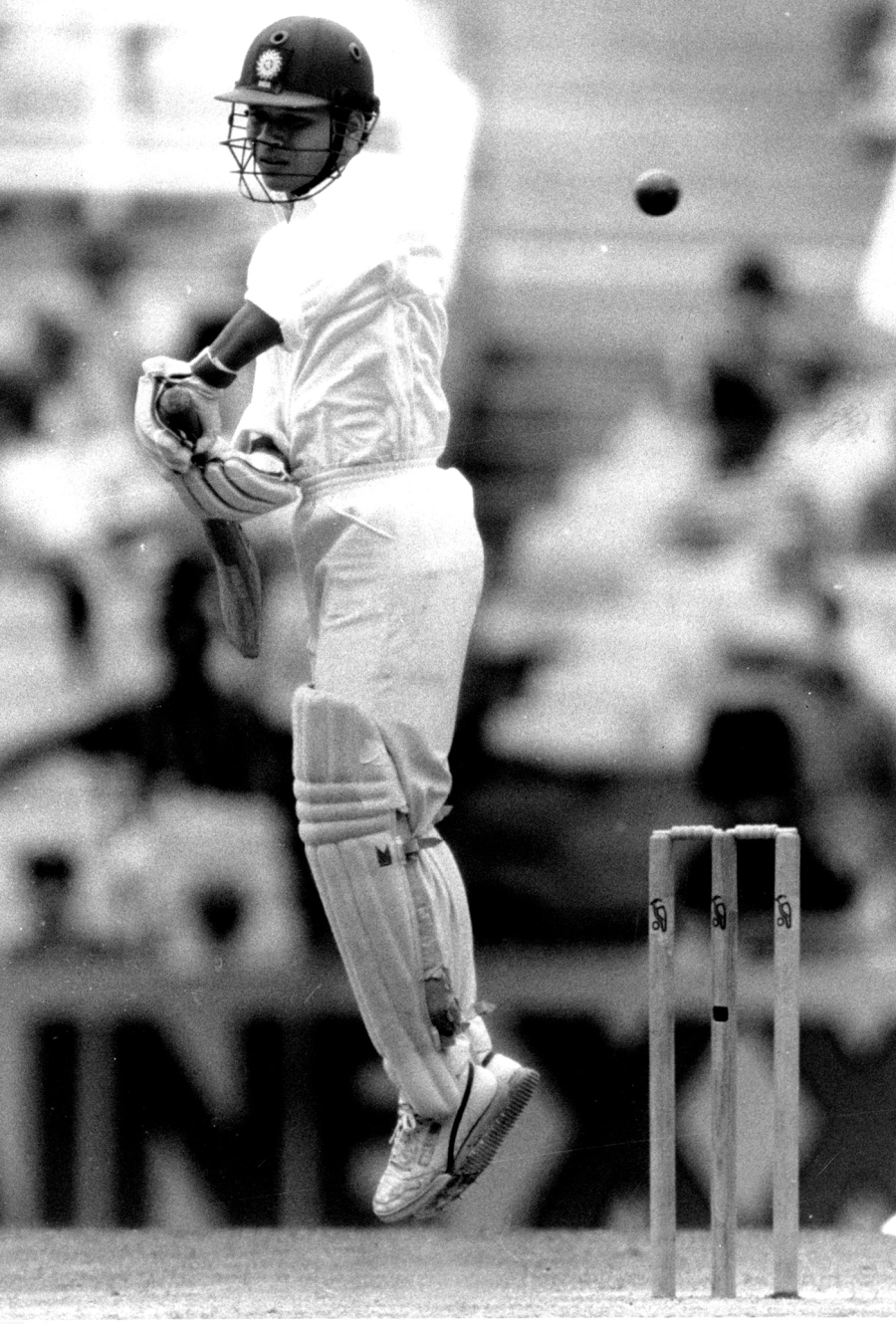 There's a compelling belief that the best sports photographs zoom out rather than in. The Dutch photographer Hans van der Meer, for instance, hates the telephoto view that dominates football coverage. "The pictures show you football situations but you have no idea what they mean," he tells David Winner in the book Brilliant Orange. "Two players fight for the ball. So what? Where on the pitch are they?"

Van der Meer's photographs include not only large swathes of the playing field but also the landscapes beyond, bringing to life the great variety of social contexts that backdrop lower-division football in Europe .

Some of the best cricket photographs are all about context, too, whether it's the look on everyone else's face when Andrew Strauss goes horizontal in Patrick Eagar's iconic Ashes 2005 grab, or the blurred Sporting Life sign behind Victor Trumper as George Beldam snaps him jumping out to drive.

But sometimes, a photographer zooms right in, excludes nearly every extraneous detail, and reaches a place that's almost inside the player's head. Steven Siewert did this at the Sydney Cricket Ground on January 5, 1992.

Every photograph is an instant with a before and an after. We know everything about the before and after in the life of this photograph's subject, but dwell on the instant itself. Sachin Tendulkar is 18 years and 256 days old, and he's been lifted off his feet by a ball delivered by either Craig McDermott or Merv Hughes (but probably not the side-strained Bruce Reid, who only bowled four overs in this Test match).

It looks like an awkward sort of delivery, perhaps lifting unexpectedly, possibly jagging sideways too. On view, however, is the purity of technique that has allowed Tendulkar to not just survive it but do so in a repeatable manner. He's the smallest of targets already, but he's made himself smaller still, remaining perfectly side-on (a surmise, because you can't say for sure from this angle), and his bottom hand is almost disengaged from the bat handle, to cushion the impact, should there be any. But there won't be, and there isn't, because his wrists have dropped low and allowed the ball to sail harmlessly by.

Expert Test-match skills, and he's only 18 years and 256 days old. And he'll soon become the youngest batter to score a Test hundred in Australia. This photograph is about all that, but there's more too - under the helmet, behind the grille.

The eyes are in shadow, but you can see quite clearly the frown on Tendulkar's face. It's the kind of frown you see in the faces of children absorbed in a book, their lips spelling the words out without their knowledge. The subconscious, perhaps even the unconscious, bubbling to the surface.

It's this quality of interiority that elevates Siewert's photograph of Tendulkar. It shows us the boy genius, and the boy in the genius.