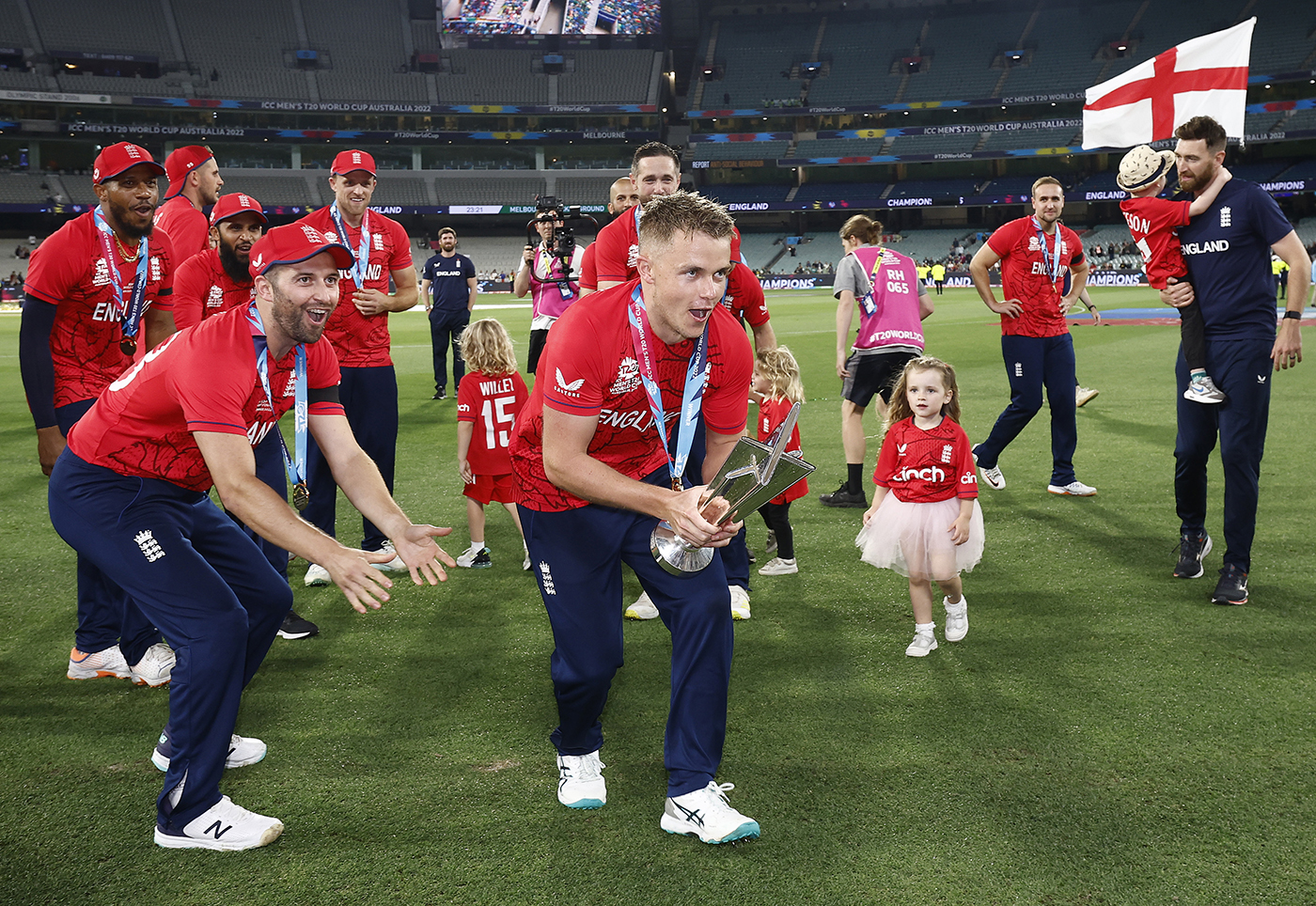 Which players win the most T20s - and does it matter?

Win-loss records can be a blunt instrument to measure a player's worth with, but franchises are still likely to keep an eye on them during the IPL auction

England win more games with Sam Curran in their team than without him. Since Curran's T20I debut, they have won 62.9% of the games he has played but 53.8% of those he has not; since his Test debut, they have won 16 matches out of 24 with him in the team, compared to 13 out of 34 without him (up to the first Test in Rawalpindi). While Curran's record as an international cricketer is perfectly solid, it does not immediately suggest that he should have a transformative effect on results. But he has played enough games for England - 77 across formats - that this record can hardly be written off as a coincidence. There seems to be some link between Curran playing and England winning.

There are a few possibilities. Those who have coached or played with Curran have noted a competitive streak and a hyper-professional outlook, intangible assets that cannot be measured by traditional metrics. But these alone cannot account for his winning record: there is no shortage of exceptional players with faultless attitudes who have nonetheless lost the majority of games they have played for their country.

Ed Smith, England's chief selector when Curran debuted in all three formats, suggests that he acts as a "swarm harmoniser", in that he improves the collective output of those around him. "If you are assembling a team, in any sphere," he writes in his book Making Decisions, "you'll need to work out who or what might make the whole thing function better - and then add it to the group as quickly as possible." In particular, Smith valued the variety that Curran provided. As a left-arm seam-bowling allrounder, Curran possesses an unusual skillset, which helps the balance of every side he plays for. Right-hand batters and bowlers form the majority of most teams; Curran's involvement simultaneously adds depth to a batting line-up and variety to a bowling attack.

Curran's winning record might well have been noted by IPL franchises ahead of the upcoming auction, where he is certain to be one of the most lucrative buys. And yet, across his three IPL seasons to date, he has only won 16 of the 32 games he has played in.

Cricket has entered its Information Age. IPL teams, global franchises and international selectors have a glut of data and statistics at their fingertips; the skill is working out which numbers matter and why. Huge swathes of information are factored into recruitment and selection - but does anyone care how often a player ends up on the winning team? And should they?

There are over 200 players who have appeared in 50 or more men's T20 matches since March 2020, when professional cricket shut down due to the Covid-19 pandemic. Among those with the best win-loss records in that time, there are some common themes - left-handedness is one, with five left-hand batters and three left-arm seamers in the top ten - but no single feature ties them together.

The same is true of the bottom ten. There are a few obvious similarities - some players are regulars for nations who have consistently struggled; others are nearer the end of their careers than the start and their form has started to suffer - but there is no single thread that knits them all together.

"It can be difficult to separate signal from noise when talking about players' win-loss records," says Freddie Wilde, Royal Challengers Bangalore's analyst. "There was a period when Mohammad Nabi's win-loss record was far better than anyone else's in international T20 cricket - but that was largely because he'd played for Afghanistan when they were beating a lot of Associate-level teams. Nabi was a brilliant player for them, but not because of that statistic."

Wilde's point is illustrated by the list of players with the best and worst win-loss records in IPL history: among the top ten, the vast majority have spent a significant proportion of their career with one franchise; most of the bottom ten have jumped from team to team. An analyst for another IPL team puts it bluntly: "Why does it matter if you are part of a team that wins? Your contribution is what matters."

Even with relatively large sample sizes, players' win-loss records might not be a useful indicator of their value. Aaron Finch's IPL record (average 25.19, strike rate 128.20) is slightly better than Tillakaratne Dilshan's (average 26.81, strike rate 114.49) from an individual perspective, but Finch, through no obvious fault of his own, has jumped from franchise to franchise, and generally been signed by struggling teams.

And yet, many teams will still look at players' results before recruiting, not only their records with bat and ball. "You want as much [information] as you can get so that you can have the best possible understanding of a possible target, both as a player and a person," says Hassan Cheema, Islamabad United's strategy manager.

"It can be a little bit random," says the vastly experienced coach Tom Moody, "but it's information that shouldn't be ignored. You'd want to dig deeper: what is it with this bloke that means he wins so many games? Is it just his skills? Is it what he does from a leadership perspective? Does he have a personality that can help to generate a positive, winning culture? You'd be a fool not to try to understand what it is, if anything, rather than writing it off as just a coincidence."

A common theory is that players with excellent win-loss records in franchise cricket tend to represent good value for money. The vast majority of T20 leagues feature a salary cap, which means that teams' spending is limited; very few players with notably high win percentages across their T20 career regularly command huge fees.

Laurie Evans, the player with the best T20 win-loss record over the last two and a half years is a case in point: when he has played in overseas leagues - most notably for Perth Scorchers in last year's BBL - he has often done so as a low-profile, low-cost pick, as a versatile middle-order batter rather than a star name. (Incidentally, Evans failed a dope test in August but has denied any wrongdoing.) Likewise, Shadab Jakati, who tops the all-time IPL list by win-loss record, was nobody's idea of a star name and did not make a fortune from the tournament. Instead, he was a solid left-arm spinner who was picked by Chennai Super Kings when conditions suited: of his 41 IPL appearances for them on Indian soil, 23 were at their spin-friendly home venue, Chepauk.

While teams might see limited value in players' win-loss records across entire seasons or even careers, most will pay attention to players who have reputations as serial winners. "Teams tend to pay more attention to playoff games where the intensity, pressure and standard is higher," Cheema says. "Performances in big games might be slightly overvalued in data terms, but there is obvious value to players who perform in big moments or do well under pressure."

"Imagine you're looking at Player A and Player B and think they have roughly the same skill set and ability," one analyst, with several years of experience in county cricket, says. "If Player A wins 35% of the tournaments he plays in but Player B has never won a trophy, you're going to lean towards Player A. The teams I've worked with have never signed a player solely because of their win-loss record, but that might be the sort of little detail that gives them the edge."

And yet, counterintuitively, several players who are widely regarded as all-time greats of T20 cricket have relatively empty trophy cabinets. Across a legendary 340-match career, AB de Villiers won only two T20 titles, both of them for the Titans franchise in South Africa. When a T20 franchise pays big bucks to bag a star like Chris Gayle, it has less money to spend on building the rest of the squad Randy Brooks / © Sportsfile/Getty Images

"Look at Chris Gayle: it took years for him to win his first trophy in a franchise league, even though he was the best batter across the first 15 years of T20 cricket," Cheema adds. "The star value that he had meant that the money you had to spend to buy him was huge. If you're spending a huge percentage of your salary cap on one player, there will obviously be gaps in the rest of the team."

In the same way, Andre Russell's win-loss record has declined as his career has progressed: in 2016, he won 37 games - including the finals of the BBL, PSL, World T20, CPL and BPL - and lost 21; in 2021, he won 18 and lost 23, with no trophies. As his status has grown, so has his salary, with the result that his teams have had less money to invest on the rest of their squads.

Increasingly, teams are looking at their own metrics through Win Probability Added (WPA) models that measure players' impact on results - in the same way as ESPNcricinfo's Smart Stats. They have been ubiquitous in other sports - baseball, most notably - for a number of years, but are growing in prevalence in cricket. Players often talk about contributions to wins being more important than raw numbers; soon, those intangibles will be quantifiable.

At the start of the recent T20 World Cup, Australia made a solitary change from the side that had won the title in the UAE a year previously: Tim David was drafted into their middle order, replacing Steven Smith. There were few complaints about the decision: David had earned a reputation as one of the most destructive finishers on the T20 circuit, while Smith's returns in the format had dropped off. 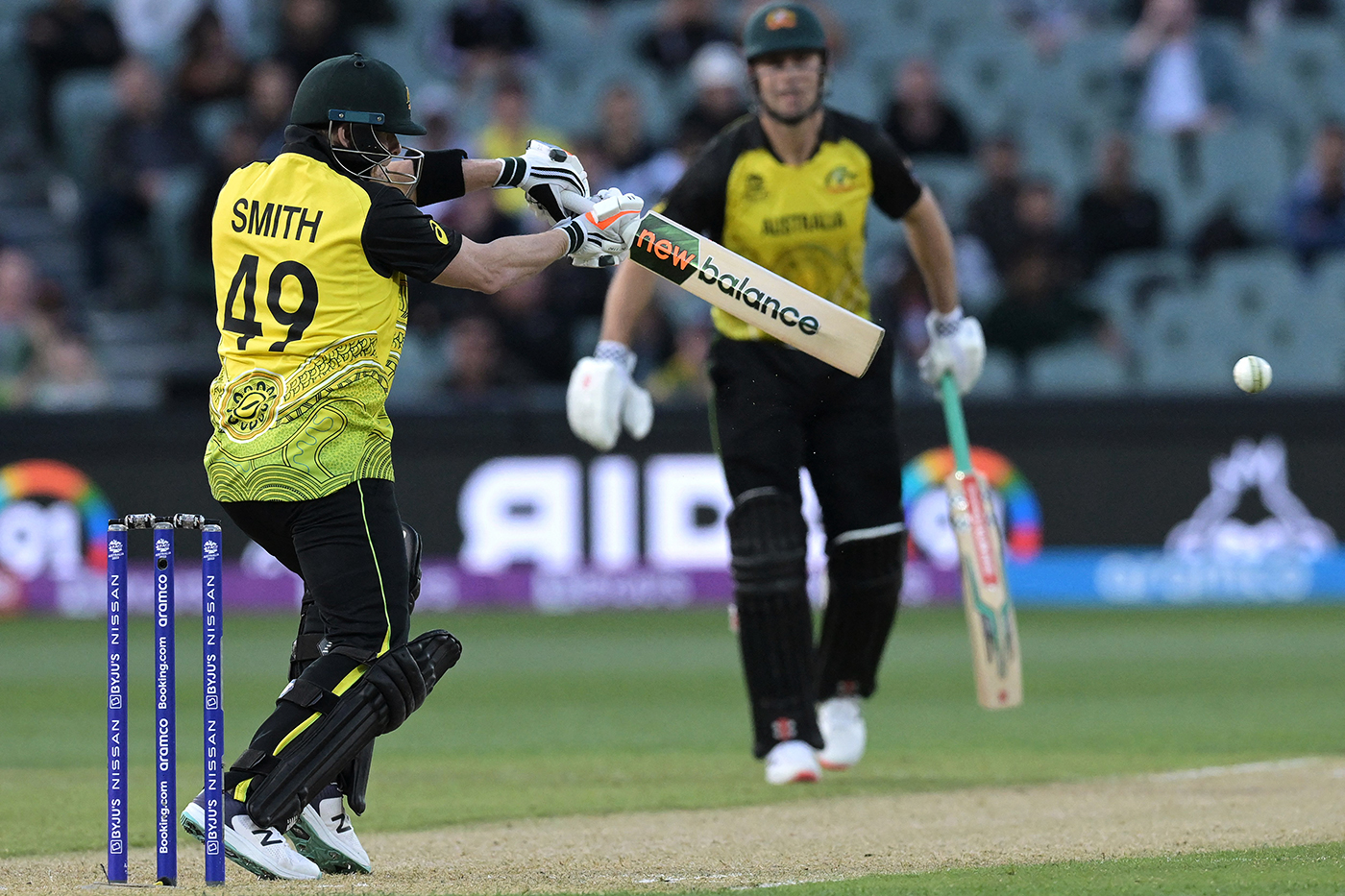 Steve Smith has a healthy win-loss record in T20Is for Australia, but look closer and you understand that it has more to do with team composition than his individual contributions Brenton Edwards / © Getty Images

Yet despite Smith's middling numbers in T20Is - he has averaged 25.20 and struck at 125.21 across his career in the format - one figure stuck out: of the 25 Australian men who have played 25 or more T20Is, only Pat Cummins has a better win-loss record than Smith.

Perhaps Smith's mere presence in the middle order and his reputation as a world-class batter helped the others play with more freedom. One theory that support staff use to justify picking an anchor in a T20 side is that they can "unlock" the rest of the line-up, allowing them to play high-risk shots; perhaps Australia's superior results with Smith in the side give that credence.

But dig a little deeper and another key factor becomes apparent. Australia often field a weakened team in bilateral T20Is, and Smith has regularly been rested. He has only played 33 of their last 86 games in the format and when he has been made available, it has generally been alongside a full-strength bowling attack: Cummins has played in 25 of Smith's T20Is in the last six years, Mitchell Starc in 23 and Josh Hazlewood in 20.

Smith's case sums up the merits of using players' win-loss records in selection or recruitment decisions: they can be a useful tool but also a blunt instrument.

Matt Roller is an assistant editor at ESPNcricinfo. @mroller98 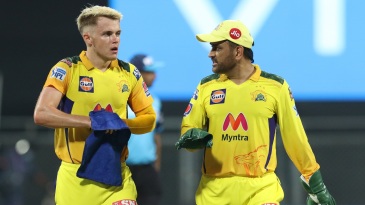 Can Super Kings fill their Bravo-sized hole with Curran?

They have also lost the experience of Robin Uthappa in the middle, and Mayank Agarwal could be the answer there Will Sam Curran break the record for the biggest IPL bid ever? Who's going to be the winner in our readers' all-time greatest T20 player bracket?