When Sachin cracked the Perth Test

Take the fastest wicket in the world, add some bounce and cracks to it, and it's enough to test any batsman. In 1991-92, Sachin Tendulkar, not yet 19, passed the Perth Test 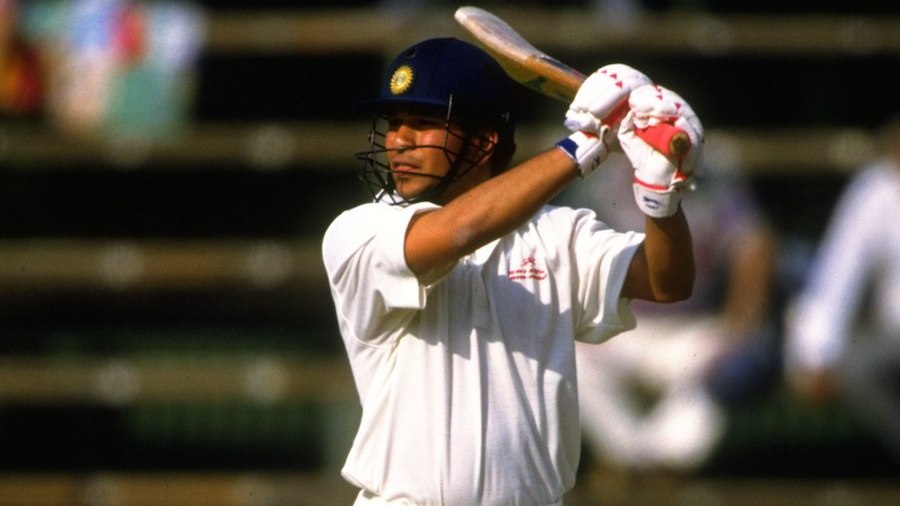 Mark Taylor: "At Perth, you should be looking to attack from the back foot, to cut and pull, and that's what Sachin did well" Mike Hewitt / © ALLSPORT

Perth is not the place you want to go to with tired bowlers and a 0-3 scoreline. India did just that in 1991-92 and were outplayed, as expected, by Australia. India, though, had one light shining through the gloom, an innings those who watched still swear by. Sachin Tendulkar, not yet 19, scored a century many unhestitatingly describe as one of the best they have ever seen.

Mark Taylor It was a strange Test for the reason that Geoff Marsh, my opening partner, got dropped. Allan Border wasn't happy with that and didn't want to go to Perth. The Perth locals, too, were very disappointed that Geoff had been dropped. It was very difficult for Wayne Philips who had a tough initiation and he just played that one Test match.

Mike Whitney On the last morning of the fourth Test in Adelaide, as we were warming up, Bobby Simpson announced Geoff, the vice-captain, and Mark Waugh would be dropped for the final Test in Perth. We were like, "What the f***?" Allan was really disappointed and angry and rang Lawrie Sawle, the chairman of selectors. When we went out to bowl on the last day Allan didn't come out for about 45 minutes and Marsh led the side. At the end of the Test the rest of the team flew straight to Perth, but Allan didn't come for about a day and a half. He was very angry as to why none of the selectors had spoken to him about dropping Marsh.

If it's the WACA, balls will fly around

Kiran More The wicket had a lot of bounce. Later on it developed a lot of cracks. Definitely not a wicket the Indians like. It was totally different from anything most of us had encountered.

Whitney The wicket was a little slower compared to in the 1980s. That said, it still had a fair bit of bounce and pace and carry. There were a number of the catches taken by our team as flies [well above their heads] where the balls hit high on the bat and really flew.

Most of the Indian batsmen had failed to get big scores in the series, as the 0-3 scoreline going into the fifth Test suggested, and the same was the case at the WACA

Whitney India had a solid batting line-up, but we exerted a lot of pressure on them throughout the series - Craig McDermott, Merv Hughes and myself were among the wickets. They drew one Test in Sydney, when Ravi Shastri got a double-hundred and Sachin got 148, two amazing innings.

More Playing in Australia is always difficult. They had a better bowling attack, and were well equipped to take advantage of the conditions. We were not at our best; we were struggling.

After two early wickets David Boon and Allan Border showed how to bat on a bouncy track. They shared a 117-run stand; Boon scored 107 and Border 59 as the Indian bowlers failed to use the conditions to their advantage.

Venkatapathy Raju Our attack was basically made up of swing bowlers. Yes, Srinath was there, but we were all exhausted after so much losing. And Boon played amazingly, he was cutting from over his head!

More Border was special, too. He cut and pulled very well. They knew how to leave the ball. Balls pitching relatively up, on middle and off, will go over the stumps, that's the beauty of the Perth wicket. We tend to try and get in line and play. But it is difficult to do that, you have to basically play beside the line. You need to have a lot of room to play cut and pull.

By the time India reached 130, all their specialist batsmen, bar Tendulkar, were out

Taylor The strategy generally in Perth is: don't bowl too short. You have got to bowl fuller so the extra bounce worries the batsmen. Australia just did that and took advantage.

"Sydney was more like an Indian wicket, but the way he batted at Perth you can only dream about it" Venkatapathy Raju on Tendulkar's knock

Taylor Sachin's 148 at Sydney was a bit of a warning. I saw Sachin and Sanjay Manjrekar at Lismore in the lead-up to first Test and we knew they had a couple of good youngsters. We knew Sachin had made a hundred in a Test match already, against England, and we thought this kid must be pretty special. And when he got a hundred at the SCG, we all thought this guy is a good player and his technique was compact.

Whitney Sachin was only 19, but he was beyond his years. He came over with this reputation of a schoolboy wunderkind who'd scored a triple century at school, and who played for Bombay when he was 15. That Sydney innings confirmed his status.

Taylor But we thought the extra pace and extra bounce would sort him out. You could expect an Indian player to make a century at the SCG where it's slower and lower, but at the WACA it takes a special player to pick up the bounce and pace of the wicket in such a short time and Sachin was able to do that. It proved that he was always going to be a player for the future.

Whitney He hit all round the wicket, his timing was exquisite. He looked in full control. He nicked one off me to Tom Moody and that was only chance he gave. The wicket was bouncing a lot and there were nicks and edges, but he played a fantastic innings.

At 159 for 8 and soon running out of partners, Tendulkar found support in More, who was making a comeback after a hamstring injury had kept him out for about a month.

More I think I saw one of the best innings among all those hundreds he has scored. Especially because he was playing at Perth for the first time. Any batsman who plays there for the first time will find it difficult. The shots he played straight through the covers off the back foot were special. On that wicket if you play on back foot, most of the shots go square and fine, but he was playing front of the wicket, through extra cover, and cover. Those were typical Sachin back-foot punches through the cover. For any batsman, those shots are difficult to play on that wicket, and Sachin is a short person. He was playing those shots easily. 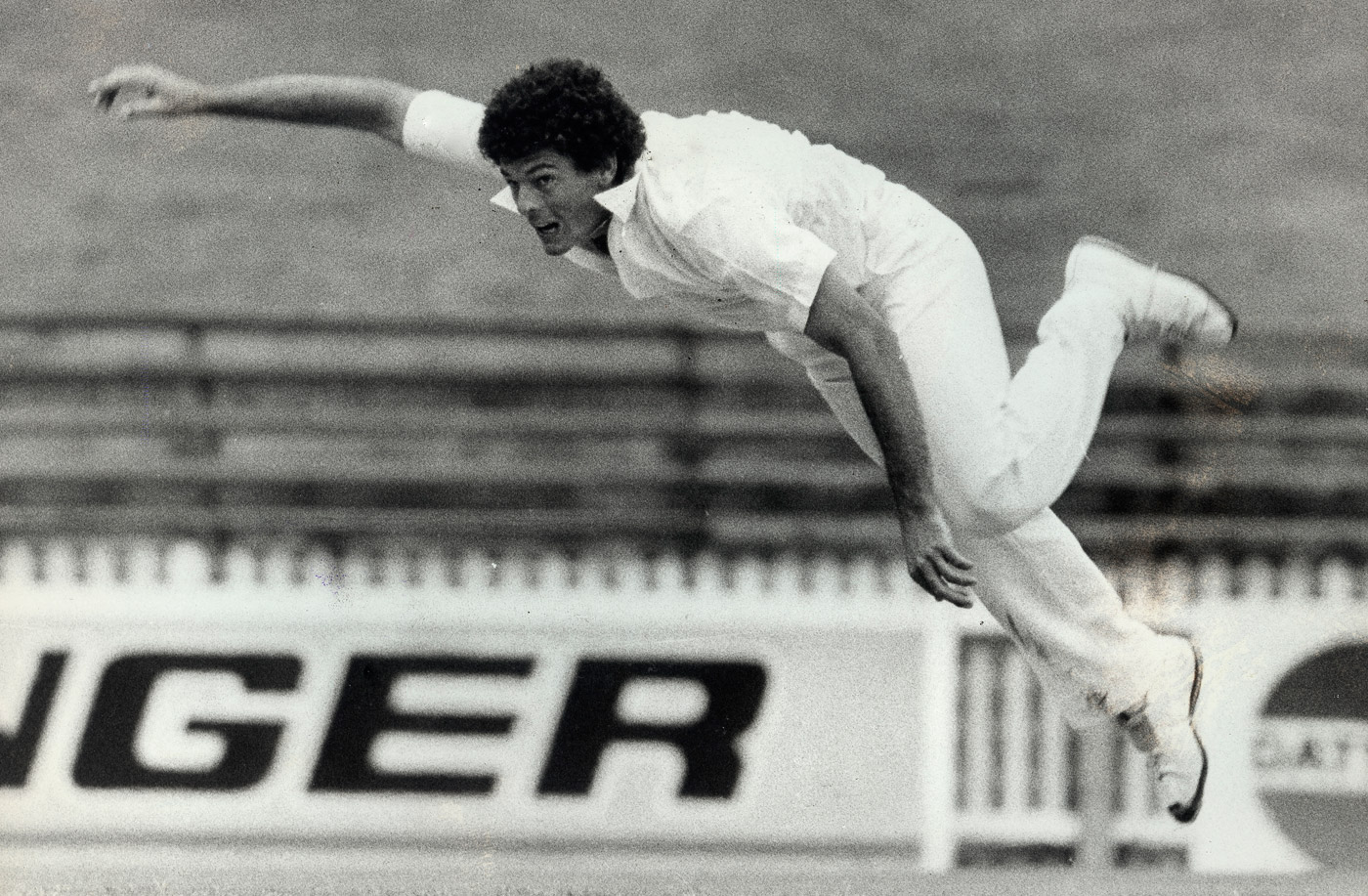 When he didn't need to dare: Whitney got 11 wickets in the match because he bowled the right lengths © Fairfax Media/Getty Images

Whitney His best shot was the punch off the back foot through off side. He showed a lot of respect and humility. There were glimpses of his greatness on that tour.

Taylor Whitney was pushing the ball across and Sachin would lean slightly forward and would hit it back past him even before Whitney could get his right hand down. Right then I knew it was the mark of a special player.

More It was special to watch him from the other end and also score against fast bowlers and prove myself. For me it was a selection issue for the World Cup too as I was coming back from injury.

Raju For that age, the way Sachin played was amazing. It was one of the greatest knocks I have seen. Sydney was more like an Indian wicket, but the way he batted at Perth you can only dream about it.

Having a crack at India

India had managed to stay competitive, thanks to Tendulkar's innings, but worse was to follow. Dean Jones, who'd had an ordinary series till then, and Tom Moody toyed with the deflated Indian bowling and set India a target of 442. Whitney finished the Indians off with 7 for 27 in the second innings.

More It was always going to be difficult, with cracks get bigger and wider. One ball from Whitney pitched on leg and middle went straight to second slip.

Raju The wicket had big cracks right in front of you when you take your stance. That affected us psychologically. Whitney just kept it up, and it was going through your mind that something might happen off the cracks.

Whitney I kept four slips and two gullies and got some quick early wickets and I was on a roll. There are probably half a dozen games where I would have bowled as well as I did then, but that day was a magic day. I bowled 12.2 overs and got 7 for 27. 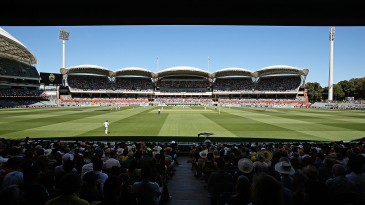 Which is the best Australia-India Test played down under?

With the Little Master reaching an unprecedented 50 centuries, we asked his team-mates to pick the best of the lot