It was the first time India were going to New Zealand. Conditions were cold and completely different to the preceding months in Australia, where India had lost a series 0-4. But the Indians adapted quickly and found the pitch in Dunedin a slow and wearing surface - to their liking. New Zealand's batsmen played some adventurous shots, but they eventually succumbed to the guile and accuracy of Prasanna and Nadkarni, who helped India to their first-ever Test victory abroad. 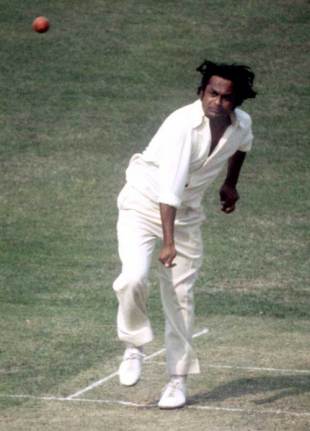 Graham Dowling, New Zealand opening batsman We hadn't seen the Indians since 1965, so it was a new-look team. They were a pretty well-balanced side even if they didn't have real good pacers. But they had a tremendous spin attack. Initially they didn't get a lot of help as the pitch was batsman-friendly on the first couple of days.
Erapalli Prasanna, India offspinner Towards the latter part of the Australian tour we were just coming of age. In fact, we were in a winning position in two Tests in Australia but couldn't pull it off. But we were tuned in well when we arrived in New Zealand, where it was more like winter. The wicket seemed green, but on the softer side.
Bruce Murray, New Zealand opening batsman The India manager summed it up at the end of the tour: New Zealand didn't play spin well and Indians generally didn't stand up well to pace, but the pitches in New Zealand suited the Indians more.

From 200 for 2, New Zealand lost the initiative, but they managed to finish on a respectable 350, largely due to an 86-run partnership between Mike Burgess, playing his first game, and Jack Alabaster, the veteran, who was making a comeback after five years.

Jack Alabaster, New Zealand legspinner It was my home ground, so I knew the pitch very well. It was partly the reason I was picked to play there after not being considered for several years. With the spinners operating from both ends I just decided that if they pitched up anywhere near me I would play defensive, but if it was pitched further up I would hit it and got a few fours. Burgess, playing his first Test, batted really well and helped us get to a decent score.
Ajit Wadekar, India No. 3 They batted too slow and couldn't execute their strokes easily. Their batsmen spent ample time at the crease but couldn't score freely.
Dowling We were amateurs, most of us. We didn't do much practice to counter the spinners, and so didn't play any pre-determined shots against them. It was just a habit of New Zealand teams, where we lost our way after a good beginning. But we got some handy runs at the end and were happy enough with that sort of a total.

India started off aggressively, with Wadekar and Farokh Engineer constructing a brisk partnership. They got a helping hand from the New Zealand fielders, who dropped several catches.

Wadekar [Bruce] Taylor looked fiery with his pace, but [Dick] Motz did not look that dangerous. I particularly enjoyed hooking and playing shots off my back foot off Taylor, who thought I would cave under his short-pitched barrage. Farokh was an attacking player too, and that helped to ease the pressure. As for their spinners, [Vic] Pollard was quicker and easy to deal with for both of us. Farokh even stepped out against his offbreaks.
Alabaster The big difference was fielding. New Zealand's fielding was poor. That allowed the Indians to build partnerships, including one for the last wicket between [Bishan] Bedi and [Ramakant] Desai.
Dowling They scored faster than we did. Farokh hit it hard when it was there to be hit and played all the shots. Ajit just struck the ball so sweetly through the off side, square of the wicket. He cut well too, and picked his gaps on the on side with ease. It was a partnership that set the platform for India. But we did play a hand in India prospering - the record shows we dropped something like eight catches, which was just unforgivable.

The next day the Indian middle order failed to cash in. New Zealand began to nurse hopes of regaining the momentum. But Desai and Bedi extinguished put on a frustrating stand of 57 runs for the last wicket. It got to some of the New Zealand players.

Bapu Nadkarni, India spinner I had a partnership going with Desai before he was hit in the jaw by Motz. It was a fracture, but I told him to hang on as there was no batsman to follow. Just around then Bruce Taylor appealed for an lbw against me on his bowling, but I didn't move as the umpire hadn't raised his finger. Taylor started using abusive language, so I asked him to remain silent and said, if I am given out I will walk.
Alabaster Taylor and Motz bowled short unnecessarily to the pair. Instead of bowling sensibly and pitching the ball up and bowling to the off stump, they tried to bounce them out. It was foolish tactics and it resulted in a match-turning partnership for the last wicket. It was probably a match New Zealand would have fancied their chances of winning if they had not allowed India to get that many runs in the first innings.
Wadekar Surpassing the New Zealand total was essential and gave us huge confidence. Tiny [Desai] had proved in the past he could be a useful batsman, but surprisingly Bedi stayed there with him. The other batsmen found it difficult to acclimatise and that played a part in their failure to convert good starts.

India had a lead of only nine runs but New Zealand failed to take advantage and failed miserably in their second innings, as Prasanna shut the door on the hosts with a six-wicket spell. 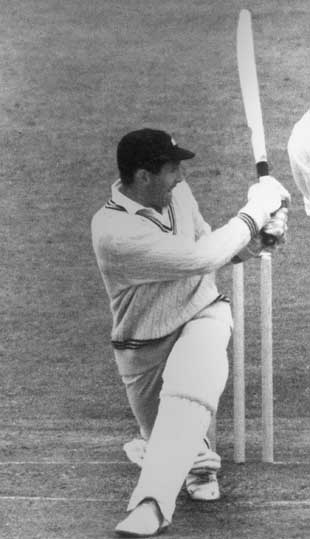 Prasanna They were not adept at facing our kind of spin bowling. Guys like Vic Pollard were faster through the air. I didn't really have enough experience to formalise any strategy. To be honest, I was bowling almost blindly - my objective was to turn the ball and see it went through and drifted and whatnot. Our job was made easy by the fact that their batsmen went for the sweep shots and got trapped. When they were 90-odd for 5 we knew we were in the game.
Dowling Pras bowled really well. He was a world-class offspinner and we hadn't faced anyone of his calibre. Not only did he flight the ball really well, he also had a quite a bit of spin on it. We started with the intention of making things better in the second innings, which did not happen. By the third day the pitch had started to deteriorate a little bit, giving help to the Indian spinners.
Murray We were roughly equal but along came Prasanna, who got me, [Bevan] Congdon, [Bryan] Yuile, Taylor and a couple of other guys with ease. Bedi and Nadkarni shared one apiece, so the spinners got all the wickets - the other two were run-outs. It was pretty dismal. Many of us had never played such sustained and good spin bowling. Pras looped it nicely and turned it and had very good flight. He gave the ball a little bit of air, just enough to make it interesting and difficult. He was the first really good offspinner that I had faced. I don't think we had really learned the virtues of patience. Instead of pushing the ball for ones and twos, we felt maybe sweeping to the boundary could be a good option, but that did not work.

A target of 200 proved easy for India. Wadekar led the batting charge once again and the win was in the bag on the fifth morning

Dowling We didn't get too many in the second innings. But it was a well-deserved win for India, who were always on top. It was a five-day Test match and we weren't used to playing a game for that length of time. It was a learning curve for us all.
Prasanna They were a little desperate. Most of their batsmen tried to score fast in order to set a stiff target, but failed.
Murray We needed early wickets to think we had a chance. But once again Wadekar led the top order and finished the game effectively.
Wadekar The pitch had become slow in the fourth innings. Their fast bowlers lacked the pace and the spinners were easy to handle.

It was India's maiden overseas Test victory, but the celebrations were simple to say the least.

Wadekar We just played to win. We needed to win this Test badly, because we knew that in Australia we could have done much better.

There were no grand celebrations. For me the biggest moment of cheer was that till then we were looked down upon for our inability to get runs overseas. I was proud of my twin fifties.
Prasanna I didn't even collect the ball as a souvenir. It was a very simple celebration with handshakes and congratulatory messages and drinks in the evening. 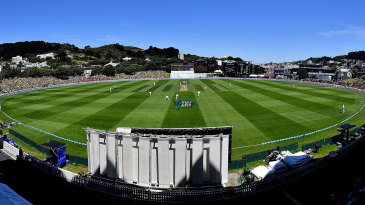