'Cricket is the most intellectual outdoor sport' 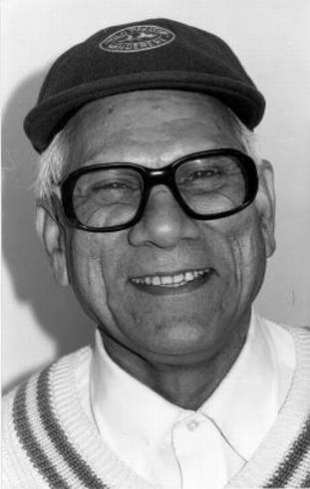 Determination was my greatest attribute. Once I had the ball in my hand, I never thought about the reputation of the batsman I was bowling to.

I could have had a career in county cricket. In 1951 I played in a match for Somerset against the touring South Africans and got five wickets. I was offered a contract, but I had to qualify for the county by residence, which would have taken three years. It would have benefited me a lot in financial terms, but my newly independent country was endeavouring to get recognition on the cricketing map and I preferred country over county.

Pakistan earned Test status after they beat MCC in the unofficial Test in 1951. I took eight wickets in the match, including five in the second innings.

My growth as a cricketer owes a lot to the cricketing structure of Lahore at all levels. At the Central Model School, there used to be a 30-minute period for cricket every week. Then at Islamia College, our match against Government College was more or less a trial game for Pakistan. In those days, 70% of players for Pakistan came from these two institutions. The atmosphere used to be electric, with huge crowds.

There was no such thing as the hardest batsman to bowl at.

As a newly born nation, back then it was our resolve to get recognition as early as possible. The cricketers were keen to do their bit. This was the main factor in Pakistan's early successes - getting Test status and winning against every country in our first Test series against each of them.

My most memorable cricketing moment came in Pakistan's first ever Test against England, in 1954. Our Test status was on trial. We made just 87 in the first innings. Almost everyone said that we were out of the game and England would run over us. Sir Len Hutton opened the England innings. I sent his middle stump cartwheeling 15 yards back on the very first ball he faced from me. That was the defining moment. It lifted our spirits and made us believe the English were also mortal. Fazal Mahmood and I bowled unchanged and reduced England to 117 for 9. All my five victims were bowled.

My favourite batsman is Peter May. He was technically very correct and played in a graceful, almost effortless manner.

The club scene in Pakistan was competitive and my club, Universal, had many Test cricketers in its fold, including Fazal Mahmood and Mahmood Hussain. The best allrounder in Lahore club cricket in those days was Lala Amarnath.

When Pakistan played its first-ever Test match, I not only had the honour of delivering the first ball for my country but also of taking the first wicket.

We were paid only one pound daily during the 1954 Pakistan tour to England, but I owe my fame and respect entirely to my Test career.

In my last Test series I bowled to Sir Garry Sobers when he surpassed Sir Len Hutton's record, scoring 365. He was a great batsman, but he was also helped by our fielders and the umpire in that game. When he was in the 330s, a very clear nick went to our wicketkeeper, but the umpire refused to lift the finger. When approached at the end of the play, he replied, "Had I declared him out at that stage, people would have burnt my house."

I still vividly remember dismissing Pankaj Roy - my first Test wicket. It was an outswinger pitched outside leg stump. Roy tried to glance it and was bowled round his legs.

In Pakistan cricket's early years, AH Kardar, our first captain, called all the shots. He was more or less a dictator. Even the president and the secretary of the board were under his influence. Not only the team selection but also the choice of the manager was his.

In the 1950s we played Test matches on both turf and matting pitches. It was a challenge to adapt, somewhat like tennis, where you play on grass, clay, hard court, etc. On matting, my most effective weapon was the offcutter, while on turf I took wickets mainly with outswingers, followed by incutters.

For the choice of my favourite fast bowler, three names stand out: Ray Lindwall, Dennis Lillee and Imran Khan. All of them came close to being the complete fast bowler. 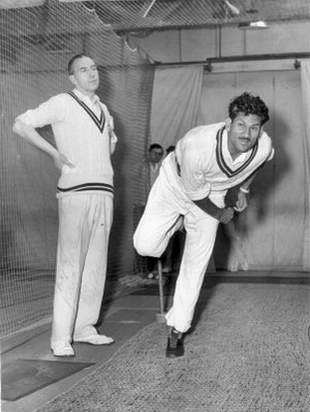 I was at a Scot's home once. Sir Len Hutton's framed photo adorned his living room. When he came to know that I had bowled the great man for a duck in a Test match, he took the photograph out of the frame, had it autographed by me and put it back in the frame.

Cricket is the most intellectual of all the outdoor sports. It demands observation, calculation and judgment. It brings out qualities like courage, concentration, self-restraint and brotherly team work.

In most Test matches where Fazal Mahmood and I played together, I took more wickets than him. But I must say that his contribution to Pakistan cricket in those early days was more than any other bowler. He was a real match-winner.

I settled down in England in 1960. I successfully ran a travel agency in London all these years and only sold it last year due to my poor health. I was in the shipping business for some time. All my children were good in academics and none of them showed an interest in sport, or even business.

After my playing days, I took MCC coaching courses, which made me eligible to coach in any part of the world. I spent more than 20 years at the MCC indoor school, and I was involved in the coaching of players like John Snow, Ian Botham and Mike Gatting. I spotted Gatting at a very early age as an outstanding batting talent.

I conducted a few coaching camps in Pakistan. I worked on Wasim Akram when he was yet to play first class cricket. I corrected a couple of flaws: his action was not sideways but straight. He didn't look over his shoulder in the delivery stride. Wasim was an exceptional talent. From the coaching camp he went straight into his first-class debut - a three-day match for the President's XI against the visiting New Zealand team. He took nine wickets in the match and the rest is history.

Lord's is my favourite cricket ground. Not only for its history and tradition but also because I enjoyed bowling there. Lord's always favours swing bowling.