'You never forget things you've worked out yourself' 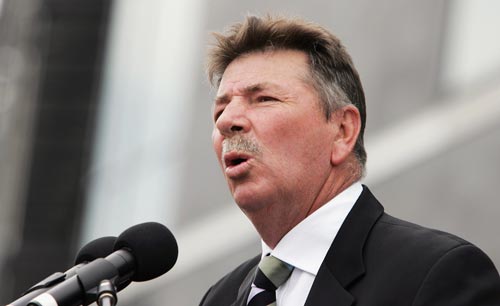 I didn't have a good first Test match, but that proved to be a blessing in disguise. I copped such criticism from both the Australian and English press that it made me determined to do better and better and to work harder. I continued that for the rest of my career.

Dennis Lillee and I go back a long way, having played colts cricket together, back in 1967-68. We always got on and had a really good relationship. Even now when we go away together, I still look after him. I'm still his keeper.

People talk about natural talent, but it's about hard work. We all know lots of people who could have been great but never went anywhere, because they weren't prepared to work hard to utilise that talent. It's the saddest thing in coaching, to watch players waste their talent.

As a wicketkeeper I prided myself on covering a lot of ground. That allowed the slips to be wider apart, but I didn't stand any further back than I should have been.

A keeper shouldn't be judged by how many byes he allows but by how many catches he drops.

In my last Test match I kept as well as I had kept in any match of my career and I'm happy about that. If I'd have had a shocker then that would have meant that I had played one game too many.

Learning is never ending and no one's an expert.

Lillee, Greg Chappell and I didn't all get together and decide to retire at the same time. We started our Test careers in the same series and all three of us had been playing cricket for a long time. I had just had enough, and it stands to reason that it was the same for them.

Looking back at my career, all the games we won were fantastic, but the Centenary Test was the most special win. I had a good game personally, which I feel good about. The strangest thing was, we won that match by the same margin, 45 runs, as in that inaugural Test, in Melbourne in 1877, and that to me is scary. All of us who took part felt proud, and as we get older we feel prouder.

Wicketkeeping hasn't changed since I played the game, but the coaching of wicketkeepers has changed. Keeping is a very simple art and some people complicate it in an effort to justify their position.

You never know where your next bit of good advice is coming from, as a player or as a coach. I learn things every day about cricket by keeping my eyes and ears open. I'm lucky that in my work environment at the ICC Global Cricket Academy we talk about cricket every day. I've learned a lot from Mudassar Nazar and Dayle Hadlee. And every time I see Lillee, I learn something new.

You can look in a player's eyes and know whether he has it in him to be a top-level cricketer.

I thoroughly enjoyed every second of my time in England. I was working with elite players; how could I not enjoy that?

"Dennis Lillee and I go back a long way. We always got on and had a really good relationship. Even now when we go away together, I still look after him. I'm still his keeper"

Of the guys that I've coached or had anything to do with, Ricky Ponting is the standout by a long, long way. There's no doubt in my mind that if Ponting had been picked to play for Australia at age 16, like Sachin Tendulkar was in India, he would have been a success. I got criticised for nominating him as a Test player from the first time I saw him. It was said I had put too much pressure on the kid. I said, "It's not half the pressure he's going to cop when he plays Test cricket, so he might as well get used to it."

The best coaches are the ones who can communicate with a player about what the fault is in their game and get the player to fix the problem. You never forget things if you can work them out for yourself.

If you don't talk about the game, you've got no hope of getting better.

It made sense for me to become a selector for England because I was watching more county cricket than anyone else. In my role as the director of the academy I watched county cricket every day. What was the argument against me being a selector? That I'm Australian? I didn't see it that way.

I don't want to take any credit for transforming England into a better side. All the credit goes to the players. The academy system worked well in Australia and it was always going to work in England. I had a lot of good players to work with, and if you have good players, you have good results.

I do remember the (drinking contest on the) flight in 1983 from Australia to England. That monkey is off my back and firmly on Boonie. I wouldn't recommend anyone do that, and something like that won't be done again, not while cricket is professional.

Faraz Sarwat is the cricket columnist for the Toronto Star and the author of The Cricket World Cup: History, Highlights, Facts and Figures 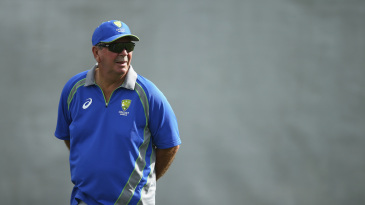 Rod Marsh on a near miss in his debut series

Rod Marsh tells Peter English how he started in 1970-71 with some dropped catches, played the first one-day international and ended the series still chasing a maiden century