Peter Willey, who was involved in two of the greatest Tests of modern times, as player in one, umpire in the other, looks back at them 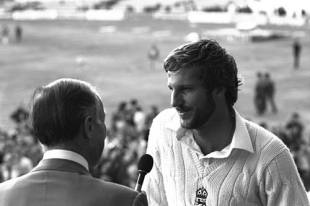 "If Botham had actually thought about what he was doing, he probably would have got out" © Getty Images

England v Australia, Headingley, 1981
On that last day at Headingley, when we ran out with Australia needing 130 to win, the atmosphere was terrific, and it gave me goosebumps. That was a first, because I'm normally not bothered about anything in cricket - apart from my son playing. It's a nightmare - as if I'm playing every ball for him.

Ian Botham had been sacked as the captain and Mike Brearley had taken over. The pitch was not particularly good and the whole match was a struggle. At the start of the fourth day we had already booked out of the hotel, ready to go home, with no chance of winning. But Botham came in and played what we would now call a Twenty20 innings - except, he just kept going.

It was one of those innings where he started to slog and it came off. Chris Old and Graham Dilley hung around, while Botham did his job at the other end. He just kept swiping it. If anybody else had done it, they might have gotten out. And knowing Botham, if he had actually thought about what he was doing he probably would have got out. We were all sitting on the balcony wondering, "Where has he hit that one? Where has he hit that one?"

Botham was free from the captaincy, so he could just go and play his cricket. He was such a talented cricketer. Lesser mortals like myself had to think about the game; he just went out and played.

I made 33, and if I had not got out to a stupid shot, Botham might have never played one of the most heroic knocks in the history of cricket. I was playing the bouncers well, and Dennis Lillee spent three minutes placing his short third man just right, and sure enough, the next ball I hit down his throat. If I had not played that stupid shot, Botham would have never made those runs. It would have been "Willey's Ashes".

The first time in the match we thought England might probably have a chance was when we took the lead. We did not expect to be in front. Still, defending a target of 130 we did not have much hope. But Bob Willis just came in like a lunatic from the top end, bowled brilliantly, and we won just like that. It is the sort of thing you read in comic books.

Emotions were high on the streets. I was driving to a county game the next day. Coming down the motorway in the sponsored car, people were tooting horns, screaming and what not.

It was just great for the country. It was a time when there were strikes and all sorts of trouble, but the Headingley victory galvanised everybody, just like the 2005 Ashes win did. Everybody was interested in cricket and it just got everybody behind the England cricket team.

"If I had not played that stupid shot, Botham would have never made those runs. It would have been 'Willey's Ashes'"

India v Australia, Eden Gardens, 2001
The default and valid question you will ask is: How are the two matches different, considering in the first one in Leeds I was involved as a player and two decades later in Kolkata as an umpire. Which one was more difficult?

In 2001, the match was more of an all-round one, compared to Headingley, which became memorable because of individual performances. In Kolkata the contest was between two good teams.

As an umpire you are part of the match without playing. You get into the game. It was marvellous to be involved, to be there watching Laxman and Dravid play so well against McGrath and Warne and the others.

On the fourth morning the new ball was due. We thought we could be finished by the next morning. As an umpire, if a team is forced to follow-on, you want to get a day free ideally. But that was not to be the case.

I don't think I had an appeal at my end the whole of day four. I barely exchanged any words with the batsmen. I didn't need to, because I was enjoying watching them bat so well.

Laxman was so cool, never rushed, playing with great timing. He played shots all round the wicket. Both batsmen were focused and unruffled till they began to struggle due to exhaustion at the end of the fourth day. You have to understand the pressure they had withstood to carry India to a safe position.

Easily they were two of the best innings you will ever see in cricket, in the context of the game. As much as Laxman's double-century was great, I reckon Dravid's 180 was equally great. Also, those were valuable runs for Dravid, who had not scored for a while and had entered the series with his place on the line, somewhat. Importantly, Dravid and Laxman made batting look easy.

They ran Steve Waugh and his men ragged, but Waugh kept a tight rein on things. There was not much banter either. They were very quiet all five days. Australia tried everything and they just could not break the partnership.

As an umpire I would always try and be the fielding captain. "What would the captain do?" I would ask myself as I stood there in the middle. That kept my concentration up. What would I do to get Laxman out? God only knows. He barely gave them a chance during his innings.

There were 75,000 people but I couldn't hear them. I was just watching the 22 yards. I was picking everything up. Everything on the outside wasn't there. Standing there, watching an enthralling and intoxicating contest between bat and ball, I was in the zone. 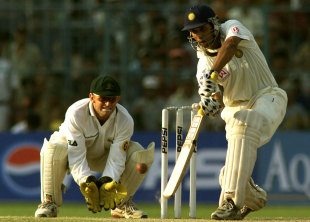 How would you have dismissed Laxman during his 281? © AFP

On that final morning I spoke to the Indian coach, John Wright, with whom I had played a lot in county cricket. I told him, "Wrighty, India are bound to be shouting for everything. Tell them to appeal when there is something worth appealing for, otherwise I am going to report them." And they were quiet, mostly.

The first ball Zaheer Khan bowled on the final morning was at the end where I stood. The roar of Eden Gardens' full house going up made me wonder what was in store.

Australia had 384 to make to win the Test, but Harbhajan took six wickets. He was in his pomp in those years.

All five caught decisions were at my end. I was so happy to get all the bat-pads correct.

It was the best all-round Test match I had stood in. And I can say that without any problems, considering I stood in just 25 matches. It was also the best Test I have seen. The sense of theatre was completely different. There was never one difficult moment for me, and it was definitely never boring.

You had a team following on. India were bowled out for 171 in the first innings. The wicket was weary. You had Shane Warne and Glenn McGrath bowling. You had two great batsmen in the middle. And it went into the last day. Couldn't have asked for more. 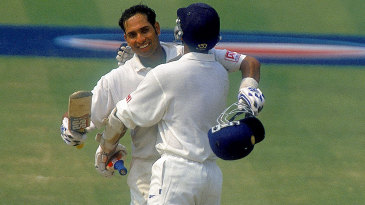 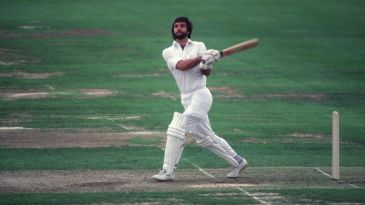 'When I became an umpire, I didn't realise how complicated this game was'

Peter Willey talks about suiting up against '80s West Indies, why it's great to umpire in England, and talking to the press from his bath