'You've got to entertain the crowd'

Derek Randall talks about the Centenary Test, playing with Garry Sobers, and his love for Nottinghamshire 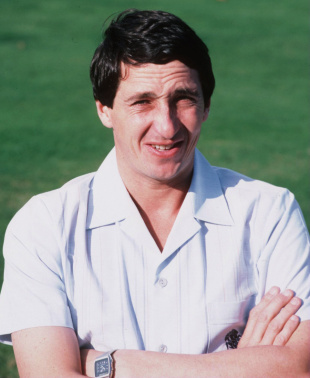 "I just loved the game and things just happened, thanks to a bit of good luck and divine intervention" © Getty Images

Garry Sobers taught me the way cricket should be played. Number one: play hard. Number two: play fair. But most important, you've got to entertain the crowd. And that was a wonderful bit of advice from the world's best player.

I batted for six and half hours in the Centenary Test, made 174, a hundred thousand in this great big stadium. Eventually I got out and I'd got no idea which way to get off the ground. I got to an exit and there was a red carpet there. I thought, "Well I've had a pretty good day, that's got to be for me."

I never thought for a minute I'd be good enough to play professional cricket. I just loved the game and things just happened thanks to a bit of good luck and divine intervention. Mike Hall, the captain of my club, Retford, was the captain of Notts second XI when I started out, so that was lucky.

I loved rooming with Eddie Hemmings. My greatest memory for Notts was when Eddie hit that four off JK Lever at Lord's, off the last ball, to win the Benson & Hedges Cup, the ball just beating the fielder to the boundary. I'd run Tim Robinson out on 70 or 80, so it made up for that, really.

Tom Graveney was such an elegant batsman. I used to like watching him. He made the game look very easy.

When I was 11 or 12 I used to turn up with my kit - Saturdays, Sundays and Wednesday nights - and when they were short, I'd field all day. And usually they were very good to young boys; they gave you a bit of a bat or a bit of a bowl. I managed to get into the Retford first team when I was 13, mainly because of my fielding.

It means a lot to me to have the Derek Randall Suite at Trent Bridge. When you walk out onto the field to represent your county - and I only played for one county - it meant a hell of a lot. I think people realised how much it meant to me, and it was really the supporters that brought it about. It was a bit of a thank you for the passion I had for the game and for Nottinghamshire cricket.

Outside of cricket I liked gardening, golf, football, spending time with the family.

I love T20 cricket. It's all action, walking out to the music, and you've got some fantastic shots they play now - scooping it over their heads… Pietersen turns around and smashes it into the stand left-handed. Marvellous.

The greatest player I played with was Sobers. As a young lad, you'd see him in the dressing room: he'd have the TV on - always horse racing - and about six Slazenger cricket bats in the corner, all about 2lb 2oz. When a wicket fell he'd just switch off the TV, pick up any old bat, and off he'd go. The bloke was an absolute genius.

It takes a bit of surviving in county cricket. If I'd had a bad season, I could have had the sack as easy as anything, so I never thought about leaving Notts.

I had millions of superstitions. Thirteen was my unlucky number. I used to hate getting on 13. I used to be on it for an hour sometimes, but I'm not sure I ever actually got out on it.

Coaches may want to take a psychology degree. Or, rather than have a qualified psychologist come in, it would be better if that psychologist taught the coaches, so the coaches could deal with that side of things, because they know the players better than anybody, the idiosyncrasies.

"When Harold Larwood went to the toilet, I went with him, just so I didn't miss a story"

The best captains I played under were Tony Greig, a great leader of men, and Mike Brearley.

The evening before the Centenary Test we had a gala dinner. There was Don Bradman, Ray Lindwall, Keith Miller. I was sat between two Nottinghamshire legends, Harold Larwood and Bill Voce. It was the most wonderful night of my life. When Harold went to the toilet, I went with him just so I didn't miss a story.

We agreed that the way to win the 1979 World Cup final was to not lose wickets, get a good platform. People like Wayne Larkins, Graham Gooch, David Gower, myself were all good strokeplayers. So that was the best way for us to try and win the game. On reflection, Boycott and Brearley might have played a few more shots, but they might also have got out. So who can say? Whichever way you went about it was going to be difficult. They were such great bowlers - people like Joel Garner firing at the stumps - it wasn't easy to get them away.

When Clive Rice and Richard Hadlee played at Trent Bridge we occasionally lost the mower. Every week, actually.

It was a shame the great South African players - Rice, Eddie Barlow, Mike Procter - didn't play on the big stage. But life is more important than sport.

I was quite late when I made my debut for the Notts first team. At Newark, it was. I was 21, a mechanical draughtsman at the time. I was so nervous. Garry [Sobers] batted me at No. 7 [No. 8]. Brian Bolus had plenty, Garry had about 50, so when I came in to bat the sting had come out of the Essex attack. That was good of them, really.

If you wanted someone to get you 50 runs for your life, it'd be Geoffrey Boycott.

Michael Holding was the quickest bowler I faced. He hit me in the mouth in Tasmania, knocked me back over the stumps, and put me in hospital for a week. But a lovely man! 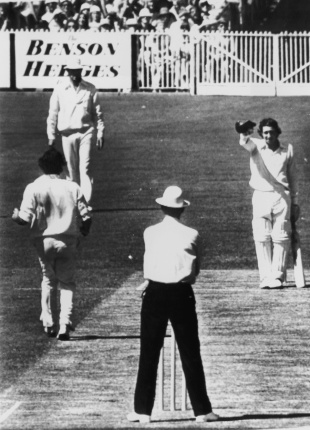 I think reverse swing is a bit overrated. I don't think we've seen it done properly since Waqar Younis and Wasim Akram. You see a little bit of inswing but not that big, late-dipping swing that they got.

I enjoyed Minor Counties more than playing professional cricket. It was a bit more light-hearted. It was tough - people played to win - but it was more relaxed and enjoyable.

Retford was such an idyllic place to play cricket. On a Sunday evening you could field down at third man and hear the West Retford church bells chiming. It'd be quiet, people strolling round the boundary, a beautiful cricket ground in the countryside - it was fantastic.

When I was a young fella, I was a very good fielder, but I was one of two or three in the side. Now every side's full of great fielders. It's wonderful what they can do these days.

The best run-out? During the Ashes in '77, I ran Rick McCosker out at Headingley. That one stands out. Or the final of the 1979 World Cup - I ran Gordon Greenidge out early; a key player and to get him out early was quite a big thing, really. Shame we didn't go on and win it. A big disappointment. But they were a great side.

You can talk forever. The only thing you can do is put form right by practice and have the determination out in the middle.

I don't think I've seen anyone pick up the length as quick as David Gower. He had so much time to play the ball. We played on a rock-hard wicket in Western Australia that had a bit of moisture on the top and he was the only one, really, who could play under those conditions.

Garry Sobers told me a few weeks ago: "I said to the England selectors five years before you were picked that you should be playing for England."

I played 47 Test matches and every time I played was a wonderful occasion. I loved every one.

If I could change one thing about my career, it would be the NatWest final in 1985. We needed 18 off the last over. I hit the first three balls for four, then a couple of twos, and on the last ball, two needed, old Derek Pringle bowled me one down the leg side, which I tried to flick through midwicket. It went straight up and we lost the game by one run. If I could change one thing, I would have let that ball go through for a wide. 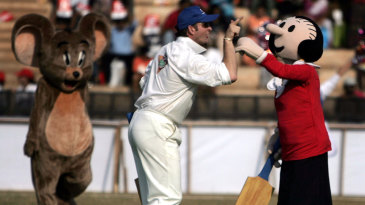