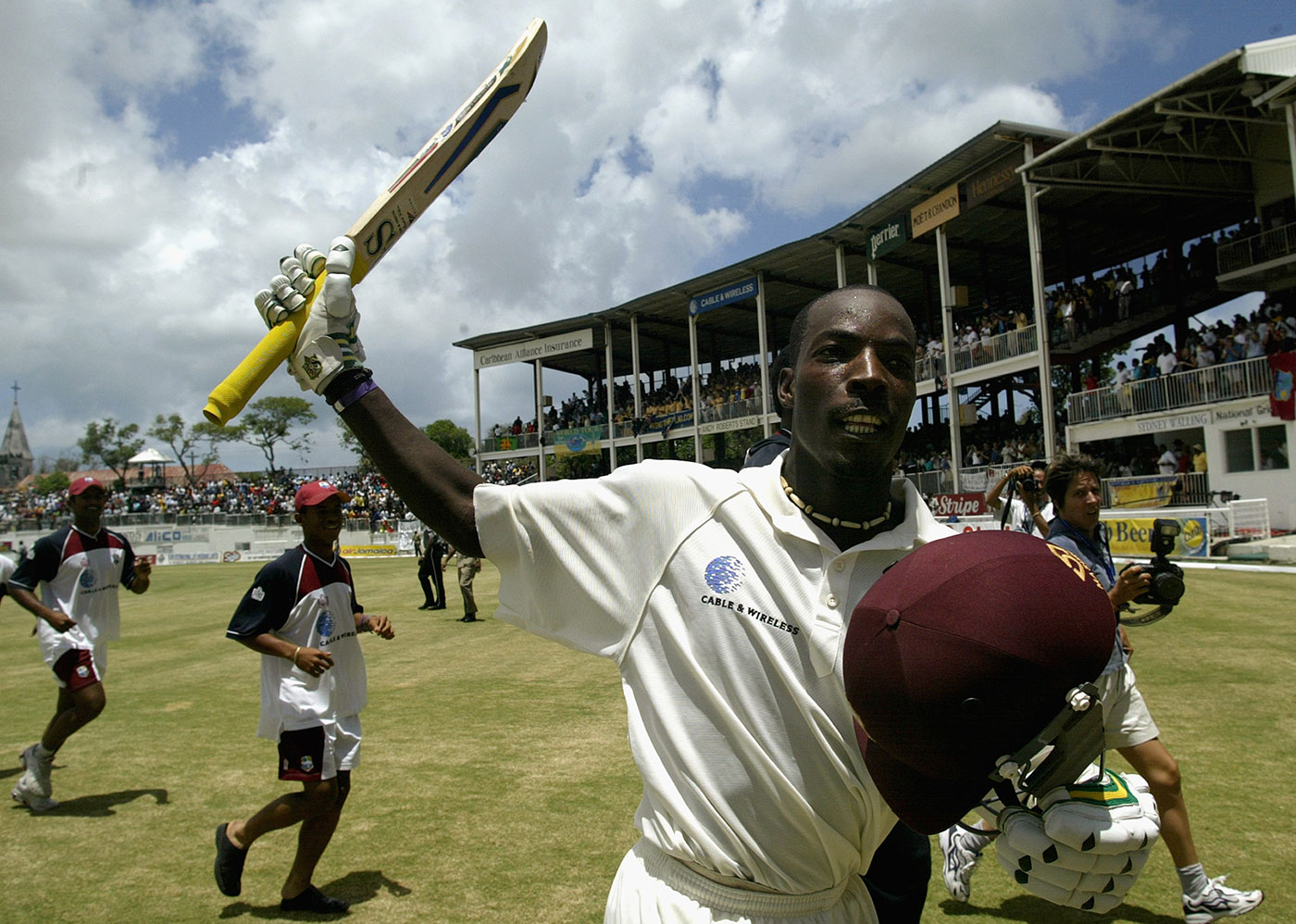 Tenth wicket
Larry Gomes and Malcolm Marshall v England, Leeds, 1984
Memorable tail-end partnerships normally occupy a reasonable amount of time. Like Michael Holding and Larry Gomes - 82 for the eighth wicket in this very game - pulling West Indies out from 206 for 7 in reply to England's 270. But that one's not the vintage tail-end stand from this game. Our pick produced only 12 runs, took 16 minutes, and had Malcolm Marshall in it, skipping out to the ground, tossing back his inner glove, bat in his right hand, left in plaster. He had broken the hand, but Gomes was on 96 and it is what team men did. Marshall faced eight balls, taking his fractured top hand off the blade on impact. There was one swish, one balletic back-foot open-face glide for four. He sprinted a double, Gomes got his century, and at 302, Marshall was out. That should have served warning. He returned to clean up England with 7 for 53, bowling at top pace, action unblemished. Broken hand or not, Maco made it his match.

Eighth wicket
Omari Banks and Vasbert Drakes v Australia, St John's, 2003
In the last West Indies-Australia Test played at the Old Rec, the new firm of Banks and Drakes made sure their team had the final word. Australia had cleaned out the previous three Tests, and after a dead-heat first innings in a game gone crazy, set West Indies 418 to win. On day four, fearsome sledging and bitter skirmishes turned the air blue. At close West Indies needed 47 with four in hand. There was the sanity of Shivnarine Chanderpaul, nailed to the crease, finger broken, batting on 103. But when he left early on the final day, Brett Lee and Jason Gillespie's rockets could have blown the house down. Banks and Drakes, though, were having none of it. They rode out the storm and preferred counter-attack over hunkering down. Flowing cover drives, slashes, edges, and a six off the spinner. In about 90 minutes, Banks and Drakes combined perfectly to pull off the highest successful chase in Test history. Breaking bad: Malcolm Marshall gets his dud hand out of the way while facing Paul Allott at Headingley. He returned to bowl England out for 159 © PA Photos

Ninth wicket
Chaminda Vaas and Nuwan Kulasekara v England, Lord's, 2006
In only their second three-Test series in England, Sri Lanka's tail was made to bat for their team's life. Following on after England's 551, their top six were gone by the end of day four, Sri Lanka leading by only 22. By lunch on day five, two more had fallen. England had time to bowl the opposition out, push for a win and beat the rain. At 421 for 8, Vaas, a very capable No. 9, and Kulasekara, a hitter of timing and courage, came together and stayed together for more than 45 overs. Their partnership was stop-start because of the rain - Vaas getting behind the line and Kulasekara wading in at the first sign of spin. It took Vaas more than four hours for his 50 (187 balls, seven fours) and Kulasekara's 64 (189 minutes, 133 balls, seven fours, two sixes) is his only Test fifty to date. The partnership, 105, occupied time, stretched the lead to safety and signalled Sri Lanka's fighting intentions for the summer.

Tenth wicket
Harbhajan Singh and Ashish Nehra v Zimbabwe, Bulawayo, 2001
From a match long forgotten, a partnership of only 38. But like its protagonists, unpredictable and eccentric. India, looking for their first Test win outside the subcontinent in 15 years, needed to stretch the first innings as far away as possible from Zimbabwe's 173. Harbhajan, high-risk and creative in his strokeplay, had put up 72 with Sameer Dighe for the eighth. But when Nehra, the most uncoordinated of batsmen, arrived, an early end beckoned. Instead, the pair produced a pantomime of synchronicity - sword-waving Harbhajan, Nehra of Sparta, defending, fending and swaying. As tea approached, Harbhajan could be heard over the stump mike egging on his partner. "Bahut achcha, shabaash, thodi der mein andar jaake chai peeyenge." ("Well played, keep going, in a little while we'll go in and have some tea.") The lead was stretched to 145 - 110 coming from the eighth and tenth wickets. Victory in Bulawayo didn't exactly mark the onset of world domination, but it was for India the start of a decade in which the ghosts of travels past could be driven away. Just my cup of tea: Ashish Nehra hung around for 39 minutes for his 9 in Bulawayo © AFP

Ninth wicket
John Bracewell and Derek Stirling v England, Nottingham, 1986
It was the summer of the little guys - or at least the little guys of that era. India's second series win in England in over 50 years of trying was followed by a Kiwi knockout, thanks to the bowler who scored a century. Not Richard Hadlee, who repeatedly eviscerated the English, nor their allrounder captain Jeremy Coney, but offspinner and committed clouter John Bracewell. He came in to bat when New Zealand trailed by 17 and by the time Stirling came in, Bracewell was warmed up. Greater woe was heaped on England as the two men put on 65 for the ninth. Bracewell needed the No. 11, Willie Watson, to see him past his century and New Zealand led by 157 on the first innings. When England batted, Bracewell got Graham Gooch, David Gower and Bill Athey, and Stirling picked up Derek Pringle and Greg Thomas. New Zealand won the Test and their first series in England. 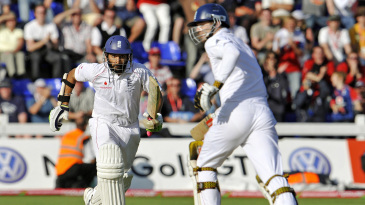 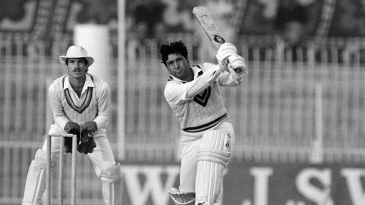 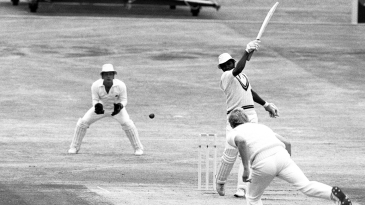