'You can't survive 66 Tests on the basis of a quota' 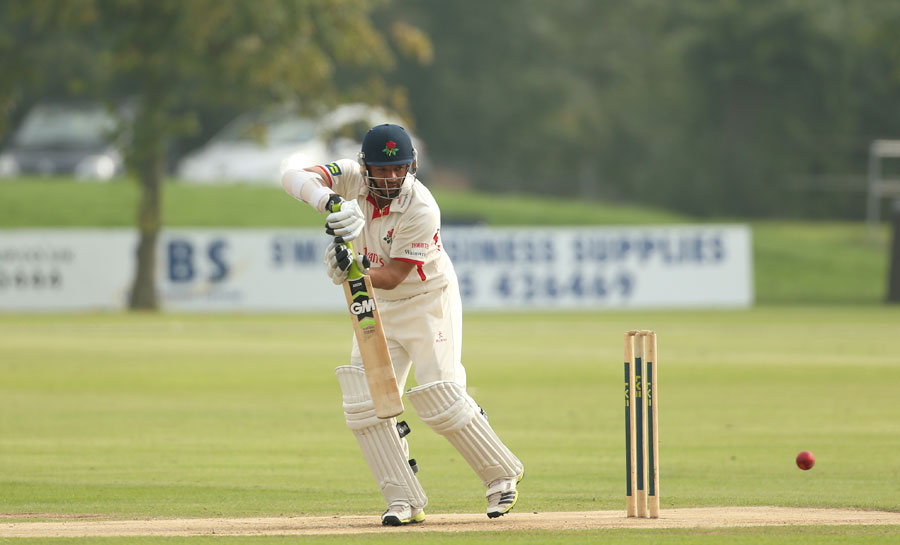 I wouldn't go as far as to say I was a one-day dasher in my early days, but I did probably play too many shots in four-day cricket that led to my downfall, especially when you get to 50, 60, 70, and you really want to be making hundreds.

When I was growing up, we weren't allowed to go into the white stadiums. But for every province - Western Province, Eastern Province, Transvaal, Natal in those days - there was a non-white team playing organised cricket, and we used to go and watch them. That's what we used to aspire to. To be fair, before apartheid collapsed, you never ever thought about becoming a professional, so that was the pinnacle.

Looking back at it now, playing against McGrath, Gillespie, Lee and Warne on my debut, one of the best bowling line-ups ever, I wouldn't have wanted it any other way.

We only got 169 [in Colombo in 2006], which wasn't enough runs, but we got two early wickets and thought we were in with a good chance. Then [Kumar] Sangakkara and [Mahela] Jayawardene put on 620-odd. Unbelievable. I can remember leading the team out to field as captain for the very first time and the stadium announcer over the PA said: "Here's Ashwell Prince leading out South Africa". Hearing that was a very proud moment. He used to do it at the start of each session. It seemed like it was never-ending: "Here's Ashwell Prince leading out the South African team", but it was always the same two batsmen who were following me out!

When you play your first Test, or your first series, all you want is a feeling that you belong at that level.

On the first morning of the Australia tour, the management and Jeremy Snape had something printed - like the back page of a newspaper, or sports pull-out, and its headline had South Africa winning the series. They pushed it under everyone's door. They went through each player and wrote a paragraph about their character and their contribution to the series. It was a powerful thing. In most team environments, hardly ever do we praise each other for what we bring to the team environment in terms of character. We carried that into the series and really wanted to make that headline a reality.

In terms of the great players I played against, I'd have to go with Brian Lara, Ricky Ponting, Sachin Tendulkar. At one stage we must have had five fielders from point to mid-off, and Lara was still hitting it through there. Then we'd drop one to the boundary and he'd hit it through there and beat the fielder on the boundary as well. He was unbelievable.

What I like about South African grounds is, there's a grass area where kids can play and families can have a picnic or whatever, and I like that sort of feel around a Test match. At Liverpool, there's a place for the kids to play. While I'm batting in the middle I can see them having fun in the corner, and that's nicer than just playing in a concrete bowl.

The quickest spell I faced was in a T20 match at the Wanderers at night, under lights. We bowled first in the daytime and the pitch didn't seem that quick. But batting at night, it just juiced up a bit. Dirk Nannes was bowling. I saw the first ball from the non-striker's end and thought, "Man, that's probably the fastest I've ever seen." When I faced it, it was definitely the fastest I'd ever seen. Luckily it was T20 and wasn't a long spell.

Whenever you go into a game and you've done okay but haven't won, it feels like failure.

The Jacques Kallis you see on TV is more or less the person we saw in the dressing room. He doesn't get flustered by things, he doesn't complicate things. He used to swear by the theory that if something is working on the day, don't fight it. So if he was trying to bowl outswing but the ball was tailing in, he wouldn't fight that by trying to bowl outswing all day. If certain things didn't feel right, he would just go with whatever he had working on the day. And maybe his way of not fighting things is what made him such a good player.

Unfortunately, if you go on to ESPNcricinfo and look at my profile, it will say that I was selected because of the quota system, and I really wish someone would change that one day. Before my debut, I played a lot of representative games for South Africa A. The week before [the first Test], I played against Australia's full bowling attack and made 90-odd in Potch. You can't survive for 66 Tests just on the basis of a quota. It saddens me that I have to point that out today, but you have to defend yourself.

As soon as apartheid fell away and we could compete with white kids, we proved that colour had nothing to do with it. Right from the start, we could go from Galvendale, which is where I grew up in Port Elizabeth, go to their ground and beat them. It was all about opportunity and being able to show what you could do.

I did watch the 1995 rugby World Cup final, and I was happy that the country won, but I've always been a football person.

"As soon as apartheid fell away and we could compete with white kids, we proved that colour had nothing to do with it. It was all about opportunity and being able to show what you could do"

The first time I went to Anfield was when I was playing league cricket for Morecambe in 1999. Playing for Lancashire, whenever we don't have a game and Liverpool do, I try to go.

I played for a very successful Western Province team, but Eastern Province is where I'm from. So going back after ten years and representing them, winning both finals in 2010 and getting Man-of-the-Match awards in both games, was really special.

My best innings was probably at the SCG. I came in to bat at 80-odd for 3. Shane Warne had got me out about eight times in five matches, and I just remember the crowd shouting, "Warnie, Warnie, Warnie". It was the third match of the series, and I only had a couple of 20s, so my head was on the block again, as usual. So to get a hundred against that line-up was probably my best ever.

If you look at my Test career, four of the first five times I got to 50 I converted to a hundred, and the other time it was 90-odd against Australia. That was purely because when I came back into the team I was 28, and I realised fifties weren't good enough. I sort of became a bit more conservative after I got to 50.

It gives me satisfaction that during my last season in the first-class game I could still produce my career-best score.

I wasn't the sort of batsman who made massive hundreds - 180, double-hundreds, those sorts of things - but the innings that mean the most to me were making a meaningful contribution when the team really needed it. Where I batted, you always tended to be the last recognised batsman. Those type of innings, like against Pakistan in Cape Town, being able to see it through when there's obviously a lot of tension, mean a lot.

I played most of my first-class cricket at Newlands, and had some success there in Test matches as well, so that would be my favourite ground.

In the second Test of that Sri Lanka series, the wicket was flat again. Jayasuriya was opening, and hitting it to all parts. Dale Steyn was being carved over point, and he came up to me and said: "I can't bowl at him. I don't know where to bowl." Obviously, I hadn't captained a lot, and I thought: "What am I going to do here?" He's supposed to be the main strike bowler, even though he was young at the time. I had to take him off, because he wasn't confident in landing it where he could just bowl a dot ball - forget about taking a wicket. To his credit, he came back to take five in the innings, and it's no surprise he's got to where he is today. 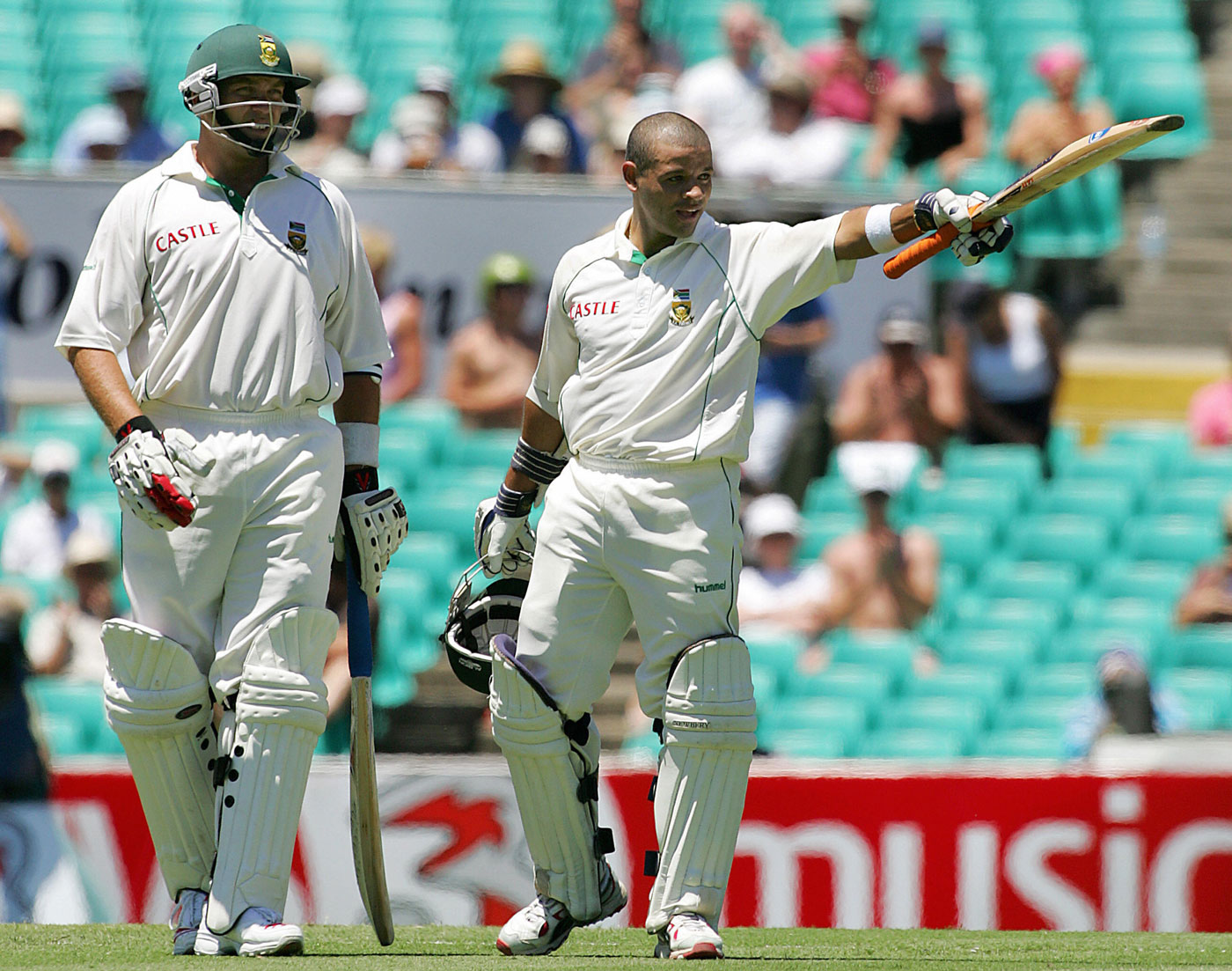 It's always been the South African way. We don't make excuses. We front up, and Graeme Smith was no different. He was always someone who, in the fourth innings of the match, when we needed a score to win, 200 or maybe 250, he would always lead from the front. And if it didn't work out, no excuses.

Back home, once players start to reach the age of 30, an age where they are not going to be playing international cricket, they tend to be written off. Over in England, you still find quite a lot of people over the age of 30 who are doing really well, be it batting or bowling.

We were aware that there were quota systems in provincial cricket. But as far as the national team was concerned, there was never ever a quota system. Unfortunately, outside of South African cricket, people didn't see it like that, so whenever someone of colour was selected for the national team there were these questions. It came as no surprise to me that opposition players would target me in that way.

I remember playing in the four-day final, the Supersport Series. It was the year South Africa hosted the World Cup, 2002-03, and just after the tournament there was a tour going to Bangladesh. We lost the game, and I scored 70-odd, which was the highest score in our first innings. Omar Henry, the convenor of selectors, told me: "You need to score hundreds. You cost your team." At the time I remember thinking, "What rubbish are you talking?" We had a superstar line-up - Gary Kirsten, Herschelle Gibbs, who didn't do anything in the match - and I'd got the highest score. Only by reflecting on the game, I realised that what he was saying was right, that I have to turn those 70s into big scores. Having said that, I did average over 100 for the season, and was still overlooked for the tour. If the selectors want to leave you out, they will find a reason to leave you out.

When I got 150 as an opener against Australia, once again I had that motivation where I had to prove myself. I'd played so many Test matches in a certain position and at the time I felt I really had established myself in the team as a senior player, and yet I couldn't bat where I'd batted for so many matches. I just felt really pissed off with the whole situation. In the long term, everybody knew that opening the batting wasn't my forte.

At the end of the day, I can look back at 11 Test centuries and an average of over 40 and feel proud of what I achieved.

As a sportsman, the way I've approached matches it's always been about win, win, win. I think it comes from my background, coming out of apartheid and having to prove yourself. So the thing I'll miss most when I retire is competition. I'm a sportsman and I love competition. When I'm at home playing snakes and ladders with my kids, I still want to win. That's just ingrained in me. So I'll try and find something else that's going to give me that buzz. 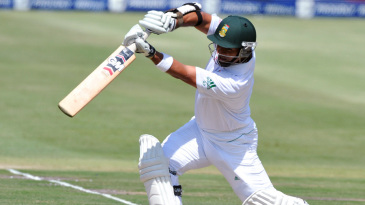 Former South Africa batsman Ashwell Prince looks back on his career: quotas, moving up the order, the best bowlers he faced, and more 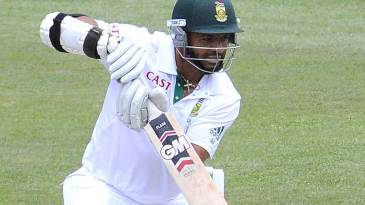 Former South African middle-order batsman Ashwell Prince has announced his retirement from the game. He was a dependable performer for South Africa for a decade