For two decades an avuncular figure in Perth has shepherded bowlers with suspect actions. And there's more to Daryl Foster than that

To those who have not lived here, the words "Perth winter" sound like an oxymoron. Perth evokes summer, with its picturesque beaches and tranquil sky. Winter is undoubtedly pleasant; yet once the sun sets and the city is draped in darkness, the piercing wind off the Indian Ocean can be chilling - as it is on this mid-August night.

At the pristine campus of the University of Western Australia (UWA), students hurriedly head for the exit. But inside the School of Sport Science, Exercise and Health, a lecture is underway. It is an introductory session for a coaching intervention programme run by Daryl Foster, a legendary Western Australia coach and cricket's long-standing biomechanical expert. The programme will explore whether coaching modifications to bowling actions can help reduce lower-back injuries. UWA colleagues who coaxed Foster into the project believe this will be his last research study.

There are only about a dozen people in attendance but Foster engages enthusiastically with them, outlining the study and its aims in an impassioned plea to alleviate a cricketing scourge.

These are testing times, in a completely different way, for Foster and his cohorts at UWA. An ugly stoush with the ICC has become public. In March, UWA terminated its 15-year arrangement with the ICC, citing a dispute over intellectual property. From being the only centre accredited to test suspect bowling actions, it is now one of many, and the future arrangement is uncertain.

"I've been getting calls from journalists but I refer them to Jacqui [Professor Jacqueline Alderson, his UWA colleague]," Foster tells me in a rare free moment during our catch-up at UWA. He looks spry despite his 75 years. He has a healthy smattering of white hair. His soft eyes are behind spectacles. A slight limp attests to a lengthy sports career, as does a crooked right index finger, which appears to have been subjected to many knocks of the red rock. The deformity is, in fact, the effect of a flirtation with Australian Rules football. Foster played reserves at the Essendon Football Club and was on the verge of senior-team selection in 1957.

The spat between UWA and the ICC hovers unpleasantly in the background. "It's become political and it is all a bit of a mess and not good for cricket," Foster says. "Our focus is to work with home boards and assist bowlers in injury prevention or performance improvement."

Against this backdrop, Sri Lanka offspinner Sachithra Senanayake is undergoing a ten-day remediation at UWA, after tests revealed he had breached the 15-degree rule in England this summer.

"Sachithra feels stressed about his career, because it is the second time he's been called," Foster says. "He became a father about six months ago and he is feeling the pressure. He's not a wealthy man, and he grew up in a house without electricity. I think people in Australia don't realise where some of these guys have come from."

Despite their credentials and expertise, Foster and his team have been derided by many in the cricket community - especially compatriots. One Australian sports blog calls UWA's team of specialists "rubber stamps". The principal reason is Muttiah Muralitharan, the most successful bowler in history. Murali's action was cleared multiple times by UWA, but critics argue rules were relaxed in 2004 so he could continue playing: up until then the ICC's tolerance level for spinners straightening their arms was five degrees.

Foster is likely to forever be linked with the Murali controversy.

"People went all wrong with Murali but he kept his angle very fixed," Foster says. "He got all his turn with his shoulder, it wasn't his elbow or really his wrists. He was no worse in terms of extension than Glenn McGrath or any of those sorts of guys."

Foster developed a kinship with Murali during the scrutiny, which peaked when journalists staked out UWA in an attempt to gain access to the closed sessions. Murali's ability to stay unperturbed is why Foster rates him "the best cricketer of all time".

The friendship began in 1995, when Murali was playing in the Leicestershire leagues. "I couldn't believe my eyes when I first saw him bowl. I thought, 'This bloke is an absolute chucker.' He has been proven legal the whole time, which means don't trust these," Foster says, pointing to his eyes. "The problem for umpires and the media is, they only see it in 2D, they don't understand that 3D produces some surprising results."

The relationship has strengthened over the years. The two regularly communicate and meet when Murali visits Perth. Foster was a special guest in Galle to witness Murali play his final Test - and snare his 800th wicket.

"If he hadn't come here after he was no-balled at the MCG in '95, he would have ended up with 39 wickets or so," Foster says with a grin. "It is an absolute shame his career has been tarnished. In Australia, journalists, ex-umpires and basically the entire cricket fraternity would not accept the results. One of the things I feel most guilty about is, we weren't able to convince them that he was a legal bowler."

After playing grade cricket in Melbourne for 16 years, Foster made a vow to his wife Leonie, slightly in jest, when they moved to Australia's west coast in 1971. "I told her I wouldn't play or get involved with cricket. Women have long memories," he chuckles.

"One of the things I feel most guilty about is, we weren't able to convince Australians that Murali was a legal bowler"

Younger Western Australia fans will have difficulty believing that their team was ever better than mediocre. But during Foster's 20 years in charge, WA won 15 trophies; 28 players, by his counting, represented Australia. His reign bridged the Dennis Lillee and Rod Marsh era with Michael Hussey's first season in 1994-95. Foster is also credited with introducing Justin Langer, Damien Martyn and Adam Gilchrist into the WA team.

"Lillee was without doubt the best player I coached," he says. "I used to give players a mark out of ten for their technique, mental strength and fitness, and Lillee was the only cricketer that achieved ten for all three."

Foster had brief assistant-coach stints with Pakistan and Sri Lanka, and was once caretaker coach of Australia for a Test match against Pakistan in Perth in 1979, best remembered for two controversial dismissals in the same day - Sikander Bakht Mankaded, and Andrew Hilditch handled the ball.

Late last year the Western Australian Cricket Association honoured Foster's service by naming its refurbished high-performance training facility after him. At the official opening, Langer - WA's fledgling coach - described Foster as a genius, saying his record spoke for itself.

Yet despite his achievements and his unrelenting work, is Foster tainted by the controversies around chucking?

"It doesn't worry me how I am remembered," he says. "I owe a lot to cricket because it has been good to me. I enjoy what I do… And it keeps this ticking," he says, touching his temple.

It's a sunny Friday morning. I make my way through UWA's School of Sport Science, Education and Health, past a swimming pool and into the testing facility. I'm here to watch Senanayake's calibration session, though I'm not allowed to interview him. The purpose-built biomechanics facility looks like a fusion between a warehouse and a Hollywood set. Twenty-two 3D cameras and two high-speed video cameras surround the plastic stumps. Astroturf has recently replaced carpet in the lab.

Two PhD students pace around to ensure everything is properly in place. "It takes about six hours to set up… All that for three overs," one of the students says wryly.

Senanayake walks into the lab, accompanied by Foster and Jerome Jayaratne, Sri Lanka Cricket's head of coaching. The walking question mark exudes tranquillity. He bowls a few nonchalant deliveries to Jayaratne, who collects them in a baseball mitt while standing outdoors, with the lab's roller door open.

Today's remediation session coincides with the PhD students' research on lower-limb movements. It means Senanayake must wear shorts. He rolls his trackpants up to the top of his thighs, barely covering his privates, and giggles. The mirth goes well with his youthful exterior, which makes a mockery of his 29 years. After changing into a pair of shorts, Senanayake emerges shirtless. No body fat is noticeable on his physique, which makes him look taller than his 183cm frame.

Foster wolf-whistles. "You're going to bring all the girls from the swimming club here." Everybody laughs. 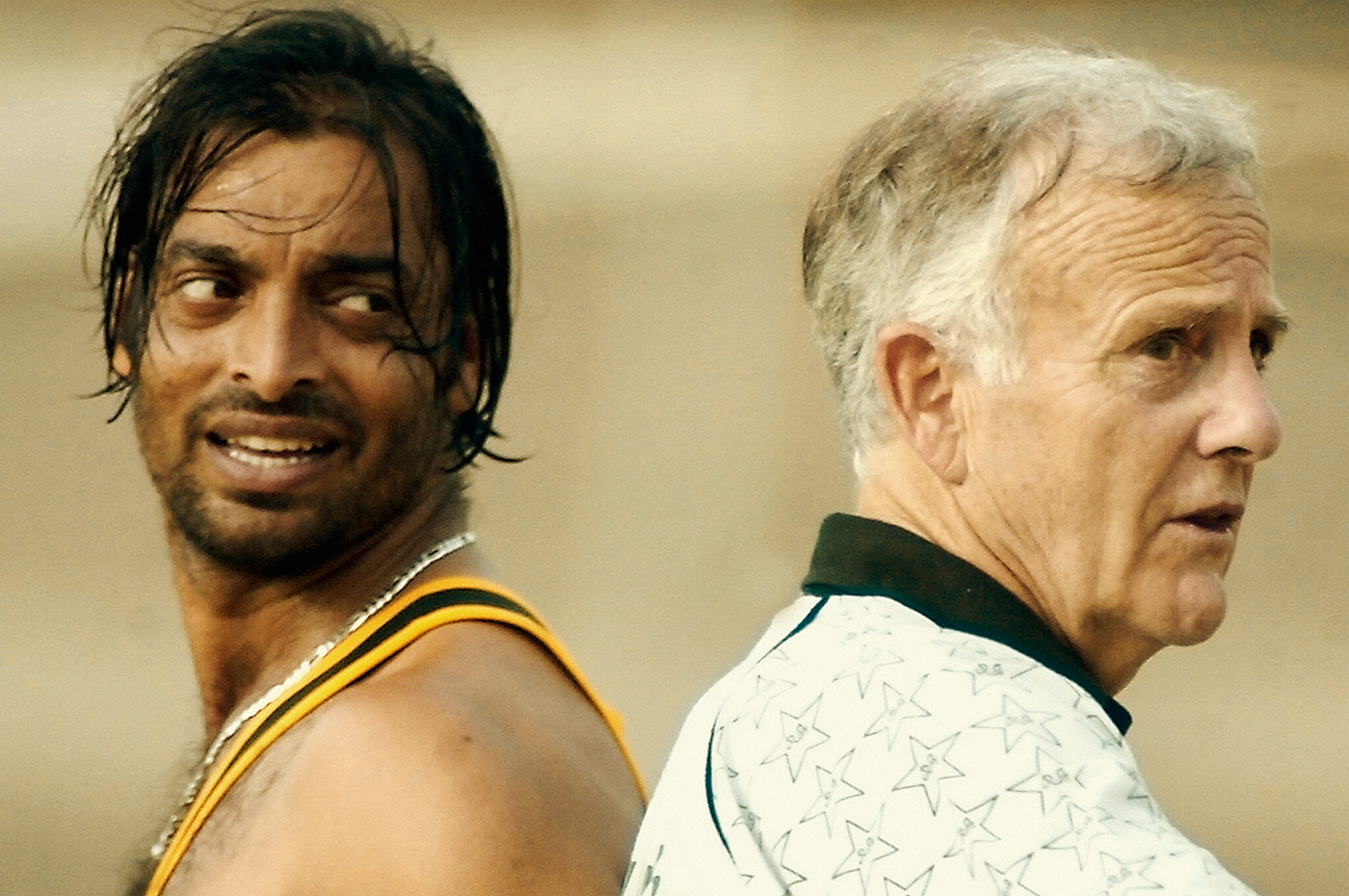 "It's cold for me," Senanayake says, putting his arms around his chest for dramatic effect.

The students carefully place markers all over his body. Foster provides last-minute instructions to Jayaratne, who translates them for Senanayake. "Tell him not to rush and try to be normal. Tell him, 'just bowl'." Senanayake nods hesitantly. Students photograph his outstretched bowling arm.

The session is delayed by a slow computer, which is meant to simulate his action at delivery. The delay allows Senanayake an opportunity to roll his arm over again. Bon Jovi's hit song "It's My Life" blares from somewhere on the campus.

Senanayake is to bowl 18 deliveries: six apiece of offbreaks and arm balls, three each of legbreaks and carrom balls. "The markers are a little bit unnatural, but just try your best to be natural," Foster says. "Concentrate, mate. Take your time."

Senanayake wraps both hands around the ball and places it close to his mouth, as if he's going to sniff it. He bowls off six small strides. The computer simulates his movements. Foster moves gingerly towards Senanayake to watch him side-on. In about ten minutes it's finished.

Senanayake cracks a smile and appears genuinely relieved. It's over - until the next bout of remediation tomorrow. "It all looks fine, but never trust these," Foster says, gesturing towards his eyes. The Sri Lankan pair nods.

Jayaratne has known Foster for 15 years and grown fond of him. "Sachithra and I were both wracking our brains about this, what kind of corrections will be needed. Daryl instils confidence and puts pressure on himself to correct the issues. He is very good at dealing with people and knows what words to use and what words not to use. He's not authoritarian, and doesn't say, 'You must do this.'"

Jayaratne goes off to huddle around the computer with Senanayake, Foster, the PhD students and Professor Alderson. They begin discussing the graphic representation on screen when I notice Senanayake's ominous glances in my direction. That's my cue to leave the laboratory.

I tap Foster on the shoulder and in a whisper thank him for his accessibility and for granting permission to watch the session. "No worries, mate, I'm happy to help," he says with a smile, and then focuses once more on the computer screen before him. 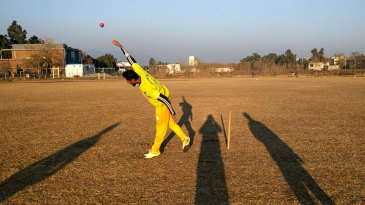 An arm sleeve that tells you if you're chucking 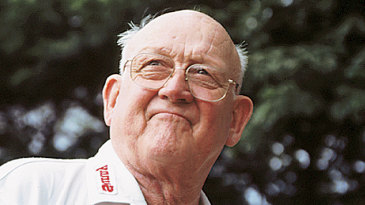 'Biomechanics takes the guesswork out of coaching'

Former fast bowling legend and coach extraordinaire, Frank Tyson has been patrolling the frontiers where sport meets science for decades now. He spoke about studying techniques, why Indian batsmen are bad on bouncy wickets, and chucking